Kardymis was once a highly decorated warrior in Mu’Tah, a thriving city built on, and named after the Volcano. The city was known for the weapons that it could create, all with unique abilities from the volcano itself… Kardymis’ sword was know different. He was feared in battle because of the power he wielded in his hands. A charcoal black blade, sharper than any other weapon of that time, which Kardymis could ignite at any moment, unleashing his rage in the midst of wars. His spirit was unbreakable, and he would fight to his death if he had to… until one day. The bells of the city walls rang loud and long until one by one they fell to the ground. The armies of Mu’Tah gathered to fight the evil that was at their door, and Kardymis was no different. They fought, and most of them perished, but not Kardymis. His men and him fought better than they had ever before, taking on the whole invasion almost alone.

Kardymis then noticed something strange… In a small hut to his left, a small but bright orange light shone in the darkness. Nothing had ever distracted him from battle before. He abandoned his men and cautiously entered the hut to find an old, dying soothsayer lay on the ground with a firm grasp on the orange vial. The soothsayer explained that the vial contained tears of Mu’Tah himself, shed before he sacrificed himself for his people. The vial, if worn by Kardymis, would allegedly grant him eternal life.

By the time Kardymis had left the hut, he found his people slain, and his city destroyed. He had been so engrossed by the words of the soothsayer, that he had left his people to die… He felt an immense guilt for what he had done, so he picked up his sword, and began to walk, the vial chained around his neck. He walked until he reached the enemy forces, who were pleased with their triumphant siege. He began to pick off soldiers at the back unnoticed, but once the army turned, he was greatly outnumbered.

Kardymis knew that he would die if he did not have the vial, but little did he know that he could die with it too. He began to take hits, eventually dropping to his knees, but he stood again. The enemy army was thinning, he couldn’t believe he had taken them all. He began to feel good about trusting the soothsayer, but every time he would, he remembered the sacrifice that he made. “I let all my people die… For what?” He had won. He turned back to face his destroyed city, but in front of him stood the soothsayer himself. “You can still protect the ones you let die, but not in this world.” Kardymis did not understand. “I can send you to where they went, to protect them from the horrors below.” Then, he understood. Kardymis would be banished to the underworld to stop more of the evil that destroyed his city from escaping. As long as he kept the vial around his neck he would not be consumed by the darkness. 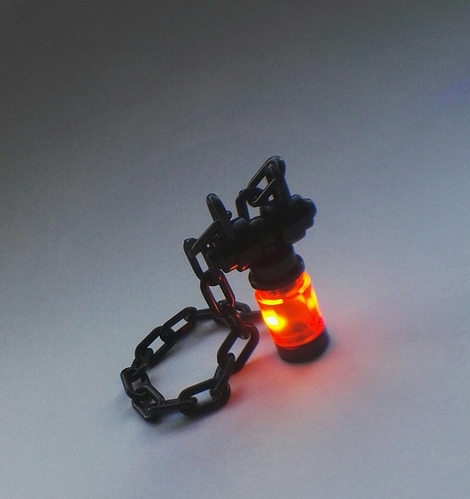 Thank you for reading, if you did. I’m not a great writer and this was probably a lot more clear in my head, but I hope you enjoyed it nonetheless.