A Year in Review

2015 was a huge year for me in terms of Bionicle. Not only did it mark the return of my favorite Lego line, but marked me finally returning to the community. After having posted nothing on any forums since 2012, I broke free of my builder’s block and made a (not so) glorious return by posting… a teaser. A simple teaser for my self MOC, who was named Andron at the time.

Months passed, and nothing was heard from me. I eventually decided to check back over comments I had received while I was away, and was shocked to see people asking me where I had gone. People I had assumed took no interest in me, @Chro being a notable example, were wondering when I would post again.

That did it for me. I decided that it was time to get busy building again. Not all of the results have been great, but I’m happy to be back. Hopefully, you guys have enjoyed what little content I do put out, and I hope I can provide much more in the future.

It started simple. I wanted to get more acquainted with the new building system, so I built a few models using as much CCBS as possible. The results were okay, but definitely not up to par with the brilliant CCBS builders that I took much inspiration from. 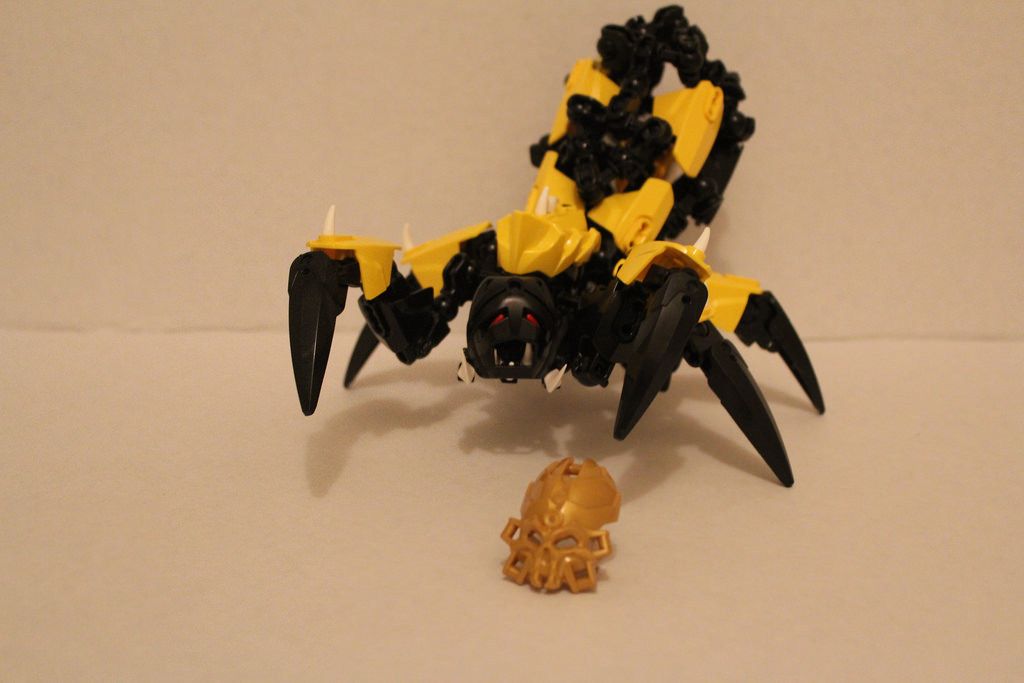 Skull Goliath was my first attempt. It was fun to put together without using any Technic, or at least not nearly as much as G1 Bionicle had. 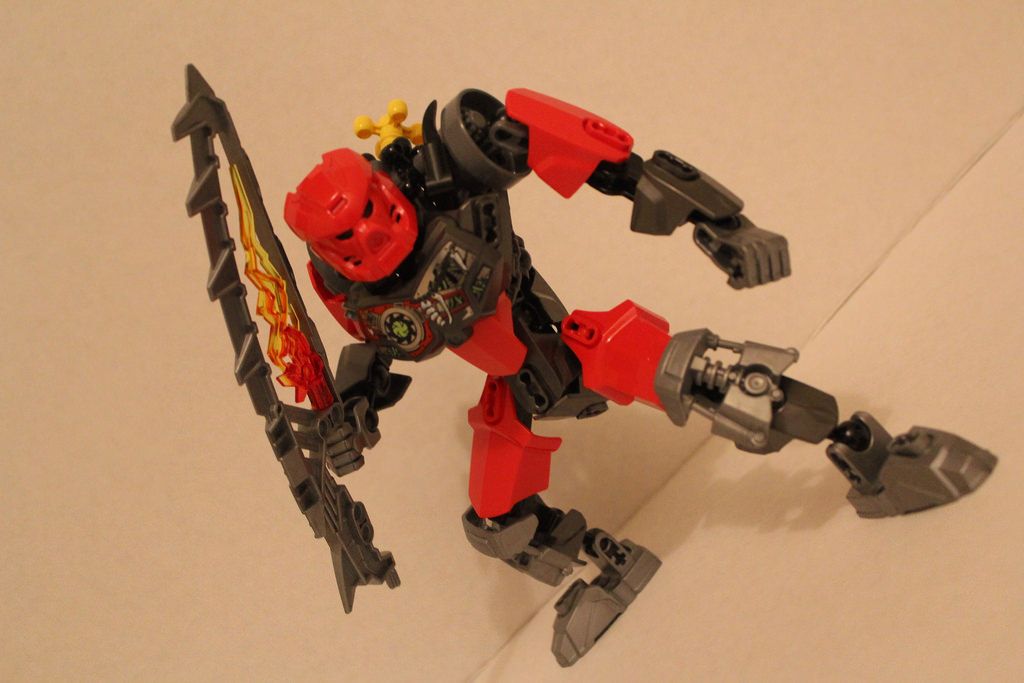 After that, I tried something more in line with the second generation of sets. I cheated a bit with this one, as the Skull Slicer chestplate was added months after it was initially built.

After these attempts at working with the newer system, I wanted to try merging the two. This resulted in a Rahkshi who, while I thought was good at the time, I realized was much too generic, and did not have the correct stance for its species. 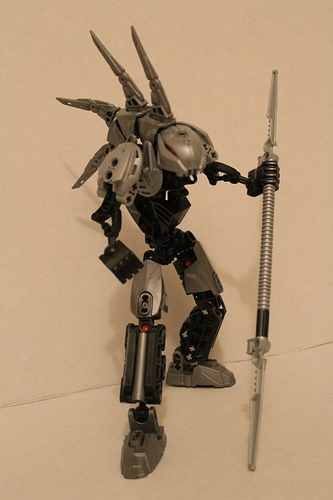 After an unsuccessful merging of systems, I decided to go back to my roots in Technic based Bionicle figures. This idea gave birth to the Pavaha, a Rahi built with a function in mind, and nothing else. A video can be seen in its topic. 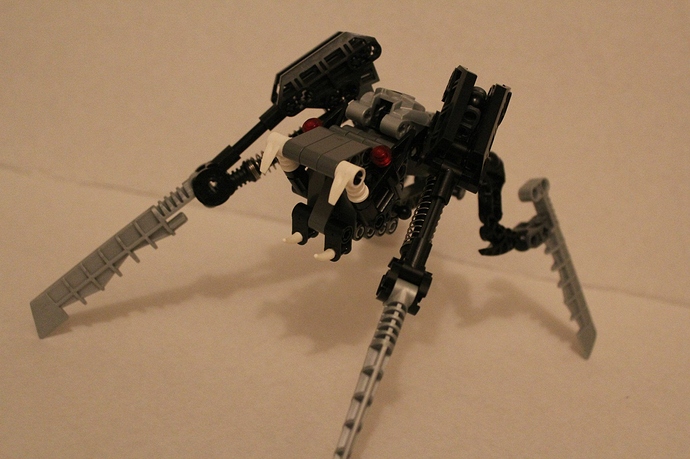 It was then that I decided to stop putting it off. It was time to finish my self MOC. After literally years of collecting dust, he was taken off the shelf and given a complete overhaul. The only thing that stayed the same was the mask, and I believe that was a good choice. Poaki received much better feedback than I expected, and I thank you all deeply for that. 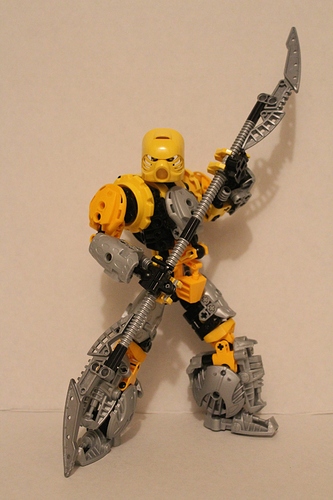 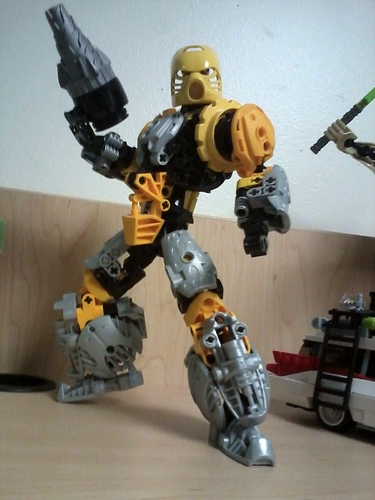 But what is a Toa without a team? Poaki needed partners, and so I got busy. Many of them are wildly unfinished, but Ramunu made it out on top. Featuring a much different arsthetic than I’m used to, he was a fun build. I’m very happy with how he turned out. 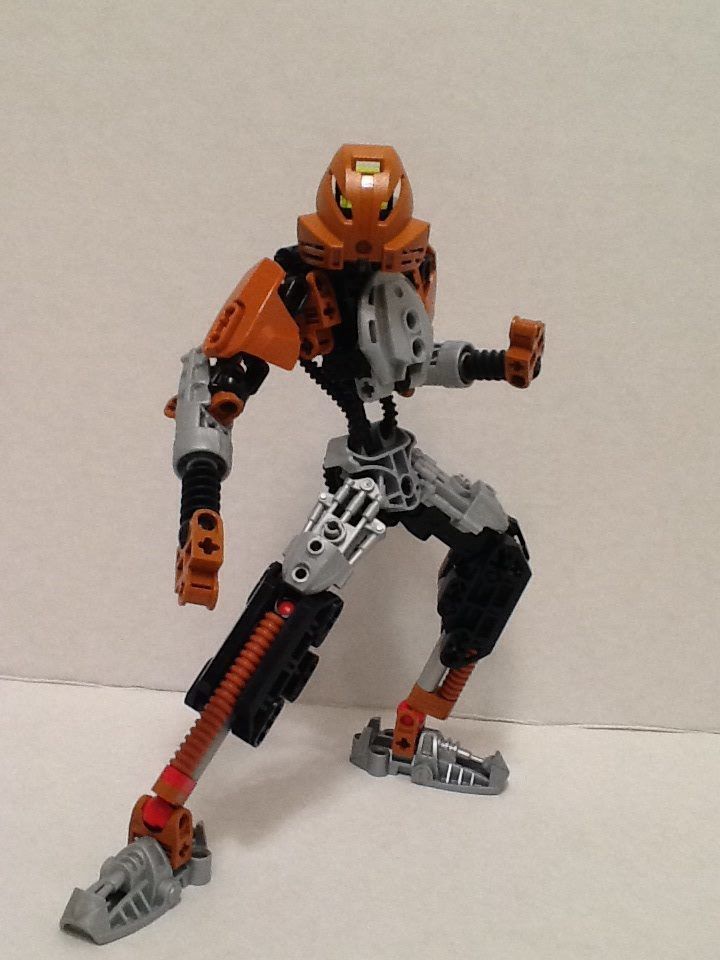 I hope the others turn out as well!

That about sums it up. If you’ve read this far, thank you for your patience. For those who commented asking me to come back to the community, many thanks for you for returning me to my hobby. And to those of you who haven’t read any of this, I hope you at least enjoyed my builds!

Thank you all for a wonderful year, I hope I can keep putting out content for you in 2016!

Nice! I also joined the boards earlier this year!

2015 was a great year indeed. Your MOCs really have improved over time, though I still like the look of them all. Can’t wait to see what you put out next year!

Nice! I also joined the boards earlier this year!

Oh cool! A late welcome to you!

2015 was a great year indeed. Your MOCs really have improved over time, though I still like the look of them all. Can’t wait to see what you put out next year!

Thanks, that means a lot!

Very nice! your newer MOCs are certainly a sight to behold!

Very nice! your newer MOCs are certainly a sight to behold!

Thank you! their builds aren’t too impressive, but I do still love the look of Skull Goliath.

the Pahava the fierce cousin of the pavlova

the Pahava the fierce cousin of the pavlova

It can have its cake and eat it too.