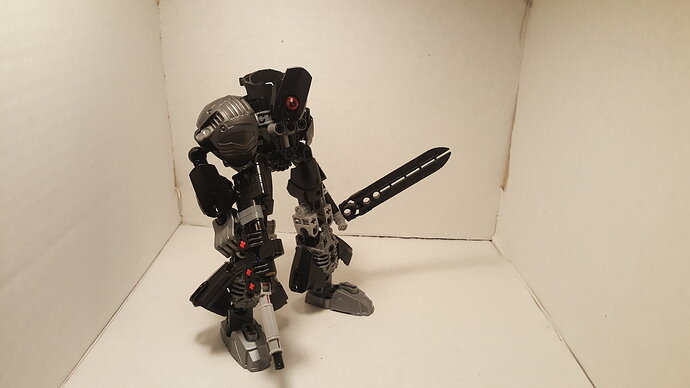 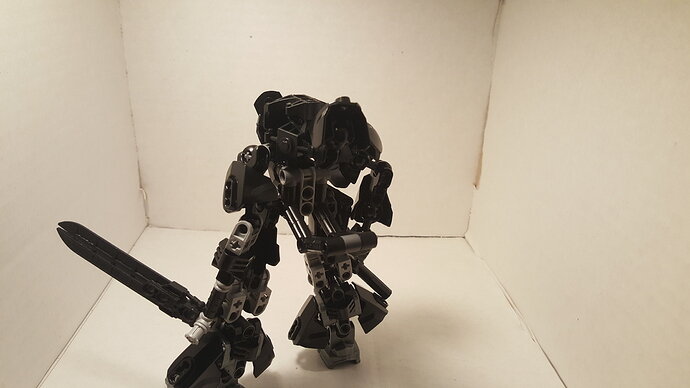 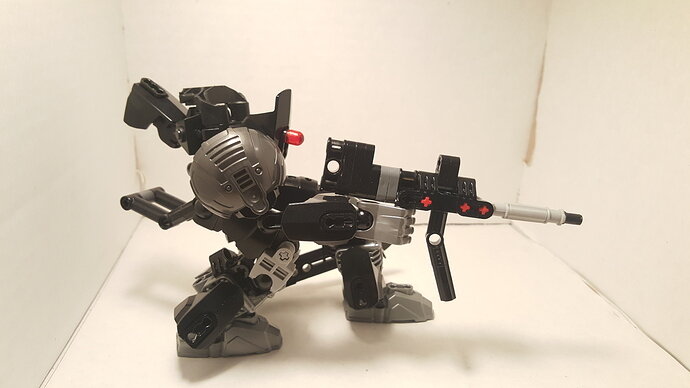 Name: Attack Drone model 98.
Manufacturer: Blizzard mechanics.
Armament: one standard issue blade, and a multipurpose grasper.
Description: developed by Kotilrak before the war, these units served a special purpose as a shock troop during the early days of the war, and much of the success of the conquest of Onuaku can be attributed to this model. The multipurpose grasper allows it to use a variety of equipment, whatever the mission requires. At the beginning of the war, it was the most advanced drone on the battlefield, but as the war progressed it was slowly retired, and regulated to milita groups. It lived on in the Kotilrak propaganda machine as a symbol of Kotilraki technological superiority. It also features a small cargo rack on the back to carry equipment and materiel.

This particular unit has been reprogrammed by the Onakan resistance, hence the black paint job. The rifle is a Cliffside Arms R-27 automatic rifle. It uses obsolete proto bullet technology, but is prized by commando and resistance groups for it’s stopping power.

From my element war storyline.

Comments and Crits are always welcome!

Thanks! Getting that torso to be solid was a nightmare.