So I finished watching the show and honestly,

It was well worth the hype.

I did have some problems but overall it was an amazing show.

I didn't watch it, but I've seen posters 'n' such. All I have to say is

I didn't watch this show because I heard there was some... Pretty adult material.

I was fine with Daredevil, because I could handle gore and violence, but I'm not sure if I should watch this one.

I've seen the 1st episode, because my family likes to watch stuff together, but it seems alright so far.

It seems to be rather dark, in a different way to Daredevil, dealing with some "Adult" themes, rather than intense violence and gore...

(Sure, it's your personal belief)

...Who's seen the comic series this is based off?

Before you judge, know it's not "fear": it's discomfort.

Before you judge, know it's not "fear": it's discomfort.

Having watched Game of Thrones, and now the first 3 episodes of this with my mother and sister, I can see why there may be discomfort, but I'm not really bothered...

I have, and if you find the show "discomforting" then whoa boy,
DONT TOUCH THAT COMIC.

But if not, it's an amazing read 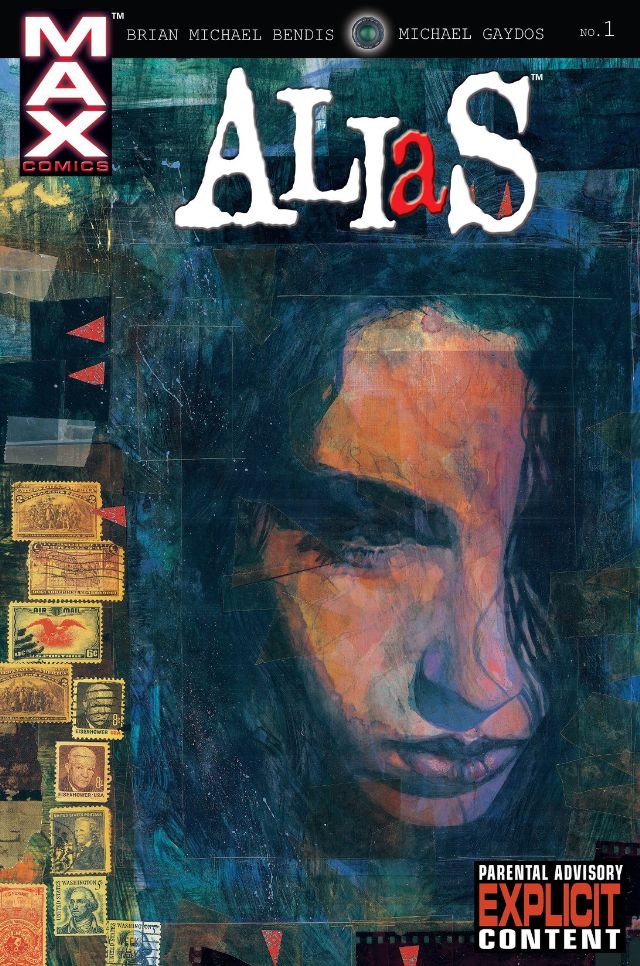 Marathoned it all and at the end here are my thoughts;

Brief mentions of adult themes and spoilers below


- Would have liked to have an appearance from Matt Murdock or Foggy Nelson given they are lawyers... having someone suggest one of them as a lawyer for hope would have been nice. Even though we wont see Daredevil meet Jessica Jones or Luke Cage until defenders, it would have helped establish them in the same universe more
- Kilgrave felt like he was underused as he had a lot of potential and was a good actor, despite not trying to do much vocal work. It was a shame he was killed off as the MCU tries to avoid repeating actors so I'm worried we wont see Tennant again, especially given his voice is so recognisable so having him in make-up wouldn't help.
- The storyline about the possibly incestuous twins was just awkward and didn't feel like we were meant to like them until after the death of the brother. Its odd trying to get the audience to relate to characters that used to be hated simply because one of them dies.
- Felt like we needed more emphasis on what Kilgrave did to Jessica in order to fully emphasise her decision at the end. Mentioning what happened is different to seeing it and it would have been helpful to have the 'ear scene' earlier in the series or at least someone mentioning the scar behind her ear (Possibly Luke Cage)
- It keeps trying to make Will Simpson seem like he's going to be important, but he has no real story arc through the series. He's essentially 'Deathlok' in terms of his story... he starts off good, is turned bad, goes back to being good, experiences a near-death situation, is changed by an evil group and due to the changes attacks, only to be beaten and then re-captured by the evil group. His motivations don't really make sense, he doesn't have much to his character, his acting is fairly one-note and his power-up doesn't make sense. I've read about his character briefly and to be honest, i hope we don't see much of him as his character sucks.
- The series introduces us to Trish's abusive mother later in the series and this character is rather one-note and not interesting, it seems it is there to set-up the idea of a mysterious company that created superheroes through experiments. Though its not really developed and feels like set-up for a second series.
- A lot of the characters appear to have been changed from the comics including a few gender swaps and varying characters given different personalities, goals and interests. The most noticeable of these is the gender swapped Jeryn Hogarth who is honestly the most unlikeable character in the series - yet this character is meant to be the connection to Iron Fist in the comics (Who may be getting a TV series) so we may end up seeing this unlikeable character again

Overall suggestions (fairly spoiler free);
Going into this series fairly blind with nothing to go off it was interesting seeing just what this series presented. One thing i noted almost immediately was the lack of character names being given in the first episode, conversations seemed to be intentionally vague in terms of how one character was related to another. So much so that i was convinced two of the characters were in a relationship when later it is developed they are only friends.

Its only in episode 2 or 3 do we actually start to understand who each character is and there relationship to each other, I'm guessing because the first episode was intended to be a pilot perhaps?

What starts off as a fairly interesting detective story suddenly turns into a story about revenge and a search for justice, with the storyline getting darker each episode. Though sadly as the episodes get more violent and action filled the storyline weakens to become fairly predictable, after the ending of episode 9 you know the outcome this series must have.

If you have seen Watchmen then you can kind of expect the level of gore that you'll experience in Jessica Jones. The gore eventually reaching a climax in the final few episodes though unfortunately being more of the 'show don't hint' sort of thing where we just see what has happened. There is only one or two implied horrific things earlier in the series, a throwaway line about Kilgrave telling someone to go 'screw themselves' for instance. The implied aspects honestly being better than what is shown sometimes.

Jessica Jones provides a hook to keep you interested, but its one that is pushed slightly beyond its limit during certain episodes especially when the scenes revert to the side characters. I found myself checking the clock a few times waiting for the episode to end, which unfortunately happened in-between really good episodes as if the show was trying to pad itself out a bit.

Overall though, if you like dark and depressing storylines about a mind controlling enemy that is trying to tear apart the life of an alcoholic woman then your in luck

Jessica Jones is the answer to what you don't see in the Marvel universe, its darker than any of the DCU material so far... so if you're old enough (see below) give it a try

There is... if given a rating it would be near to an 18 easily. A lot of that would be due to the gore later in the series. The more risky aspects are more implied or stated but not really seen on-screen.

I have not seen a single comment here prior to your comment where someone has dismissed it based on the sex scenes alone. Even the sex scenes in honesty (We only witness one or two) are a lot tamer than many expect. The only nudity we see in the series is Luke Cage shirtless... :L

...Who's seen the comic series this is based off?

Heard of it in passing, but never read it. Is it any good?

SPOILERS FOR WHOLE SHOW AHEAD!:

- Kilgrave was an awesome villain, better then Kingpin in my opinion!
- Krysten Ritter&Mike Colter had great chemistry.
- Fight scenes where generally great
- Krysten Ritter. I fell in love with her from Breaking Bad
- Music
- Really funny at times
- Made me miss characters I didn't think I would miss, like Ruben

- Jessica was really clever (Put the bullet in your mouth XD)

- I felt the Jessica Jones was under-powered (Especially compared to Luke Cage)
- Kilgrave should have turned purple when he got that last dose of the virus.
- Sex scenes where un-needlessly gratuitous. Didn't add much to the show besides making me feeling uncomfortable while watching it with others.
- Some plot lines felt like they where randomly dropped (Like Harper trying to reverse engineer Kilgrave's powers via his son)
- WHY DID YOU KILL KILGRAVE?

- The way Kilgrave died
- Nurse Clare felt rushed into the show
- No Avocados at law reference...

SPOILERS FOR WHOLE SHOW AHEAD!:

Then put them in spoiler tags...

Without the spaces in the square brackets...

I actually think it's a great show. I really like the" Pick up that coffee, throw it in your face." part.