This time using Umarak the hunter, The skull Grinder, 2016 Ekimu and the Shapeways MoUP. 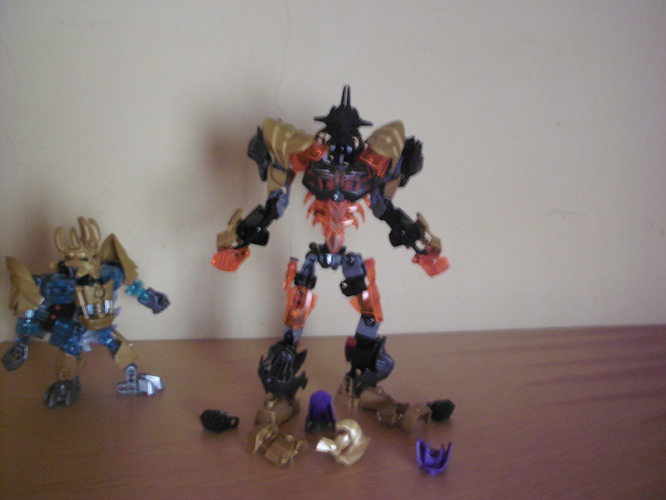 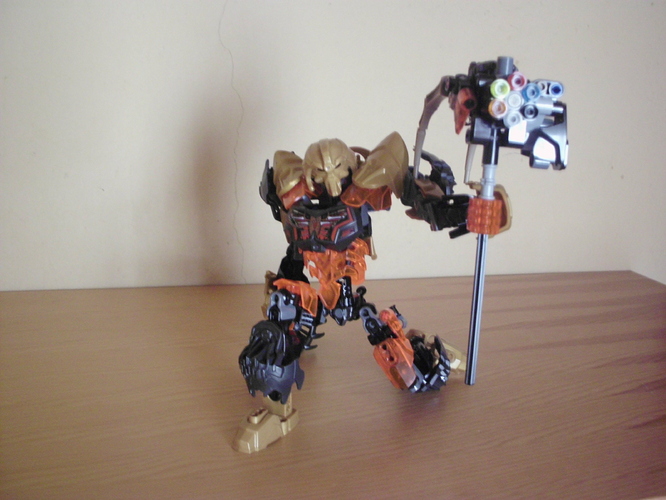 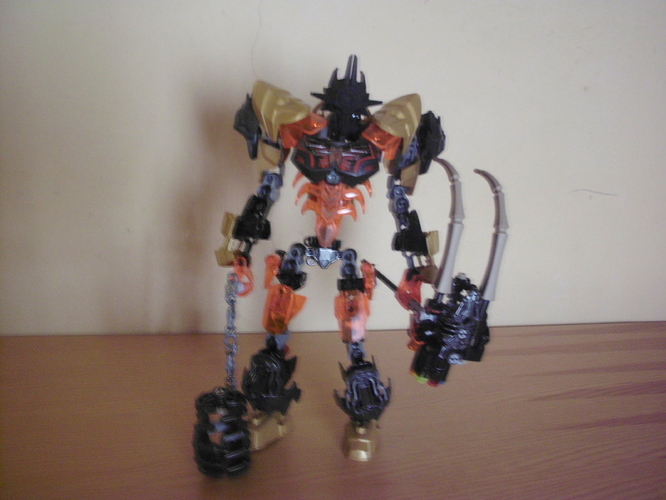 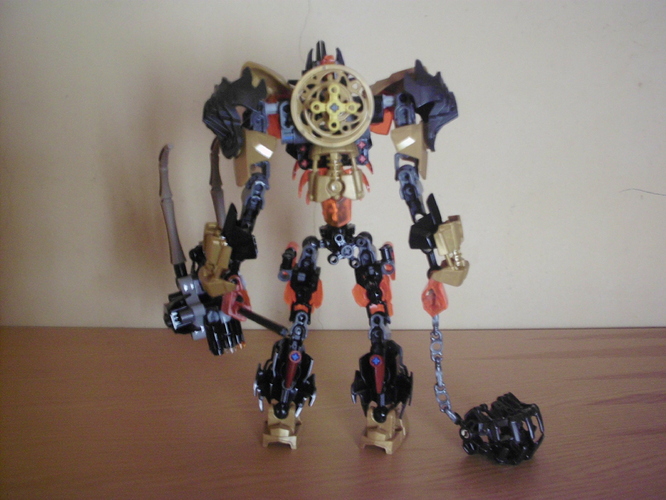 DSCI1661.JPG3200×2400 1.43 MB
Like Ekimu, he has both the gearbox and waste swivel, although the gearbow is limited due to the shoulderpads. 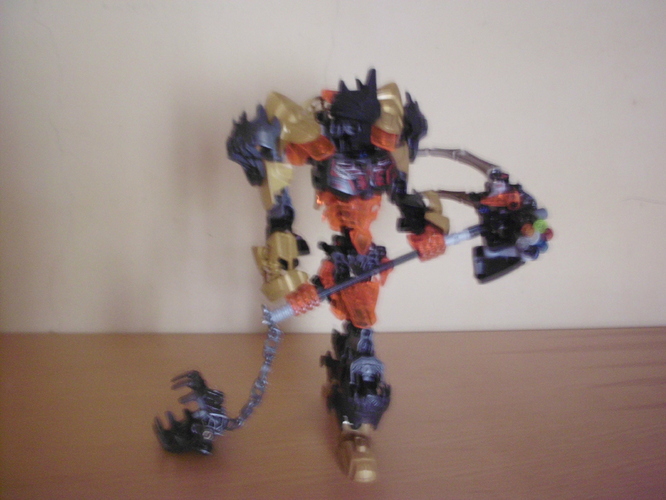 DSCI1685.JPG3200×2400 1.73 MB
Aside from the two functions mentioned above, he has another function in his hammer; the stud launcher.
His claw on a chain is also able to grab onto masks. 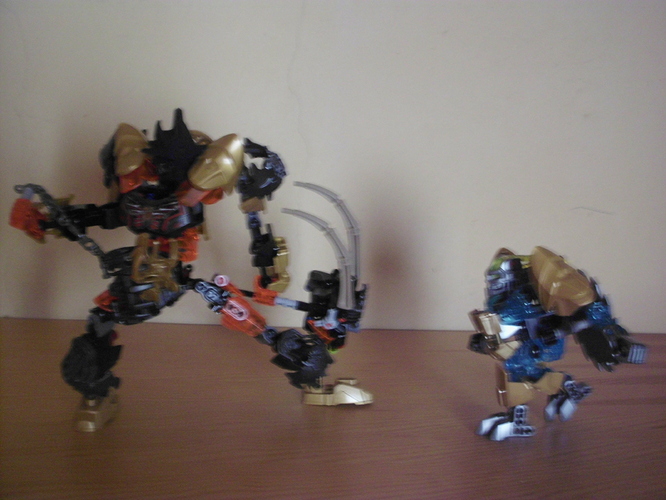 This MOC can be built from just the three sets, but to match the pitctures, you will also need 2 CCBS bones (for the lower arms) and 6 colored studs.

I find the combiner to look better than 2016 Ekimu itself, but it’s still a reskin with some tweet.

SUPER straightforward, but I actually really like how this looks.

SUPER straightforward, but I actually really like how this looks.

Agreed, I find that I like this more then the actual combo.

The arms could use some work, they look very thin and lanky.

@Sushiyoda
Well, that is what I was going for, so yay.

If anyone wants to see a how-to on this thing, let me know.