Aquaria, mistress of the sea v3

Name; aquaria
Abilities; can control water, become water, and pull water out of anything with water in it no matter how small and use it (like air or blood)

I liked the new torso design for Kaosa so I rebuilt it for another moc. Unfortunately she uses the beam version with no waist posing.
I originally built her just as an experiment to see if I could make a large, “useless” Ben 10 peice look good on a non Ben 10 moc; I’d say it was a success and still is.

added bohrok shields to her arm skirt shield things to further the smooth shape of them
Her ax now has a long shaft mostly to help with her tail. She has no legs so a longer weapon would probably work better underwater.
Took out her hair so she can look up and forward when swimming.
The main idea of this moc was her tail though and the rest if the changes were made to help the tail.
I designed her tail so it looks like her legs combined into them. (Metru thigh peices combining into to Knights kingdom armor, knives becoming fins, white and metru blue, etc.)

posability includes the standard for her body, the base of her tail and the joint below it (replaces her lower legs), another joint below that, another below that, both fins, and her tail fin can sorta go upright. 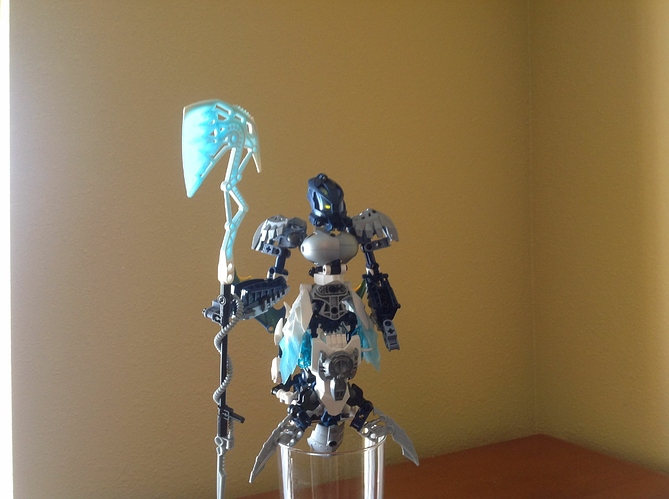 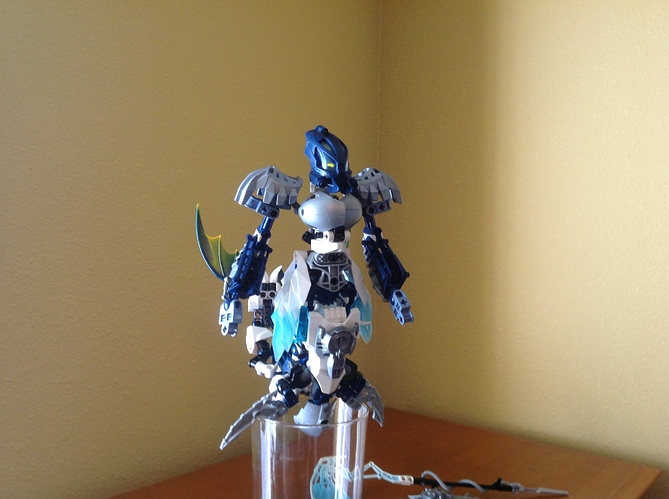 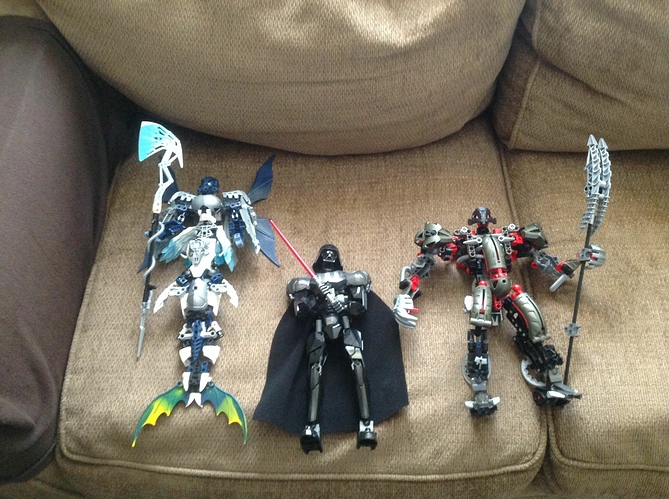 Size comparison is weird with no legs. (Darth vaders my standard set comparison so you’ll see it a lot.) 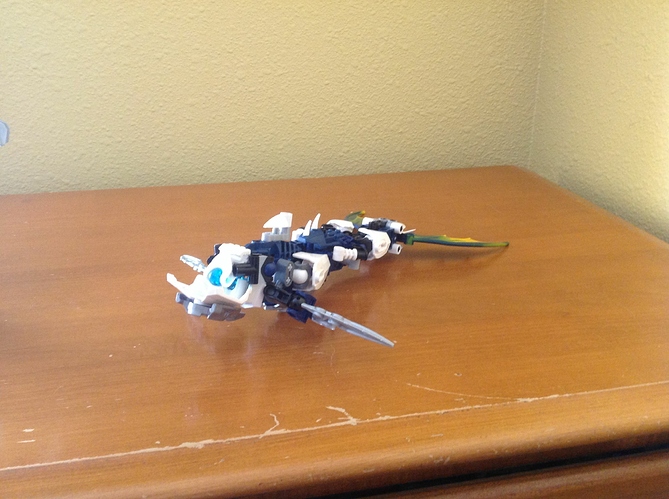 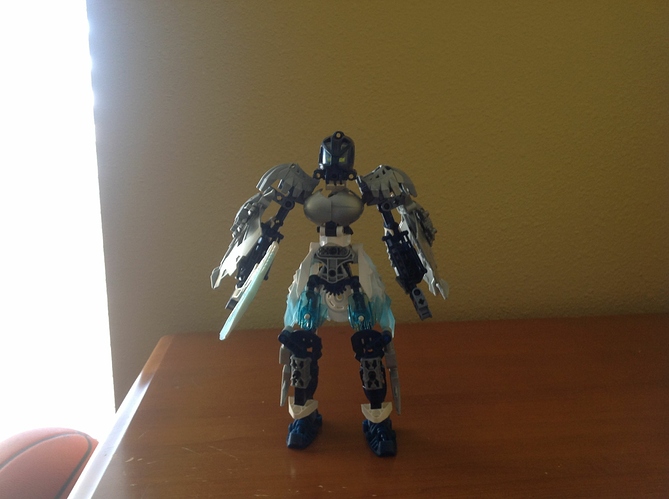 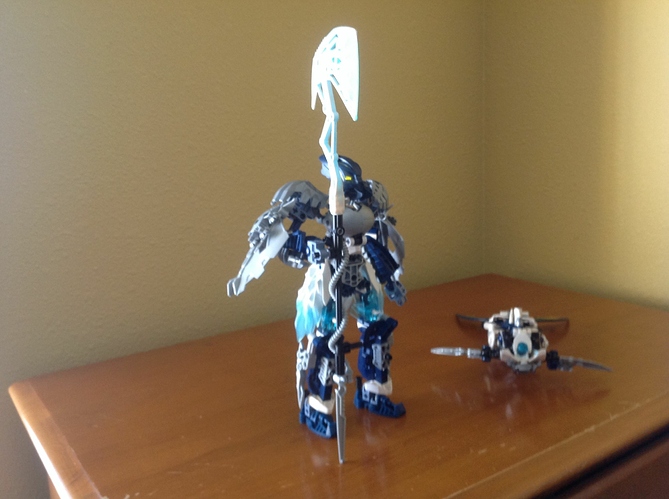 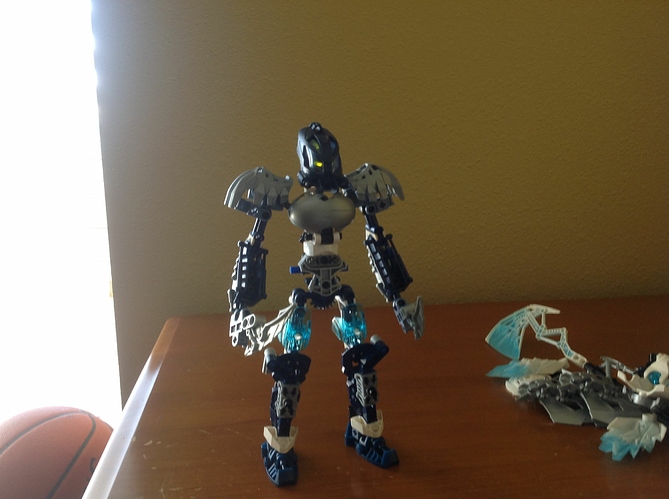 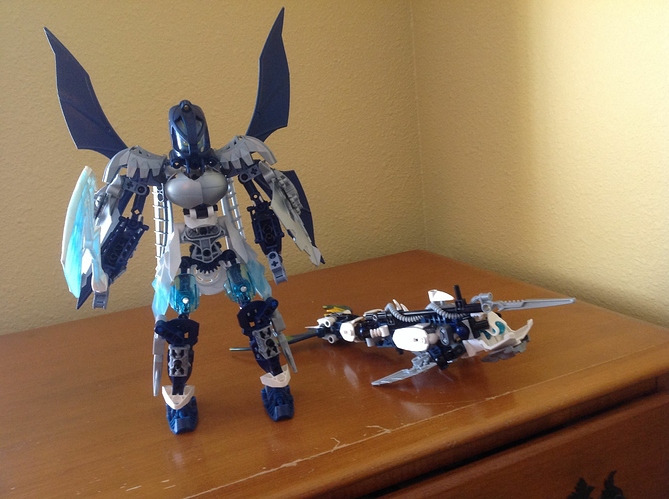 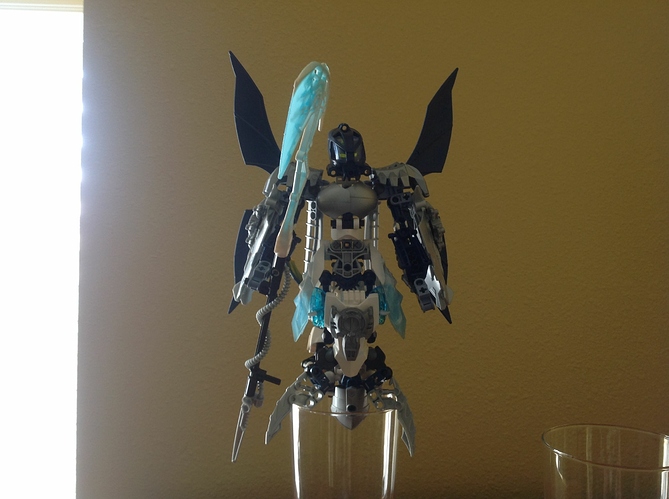 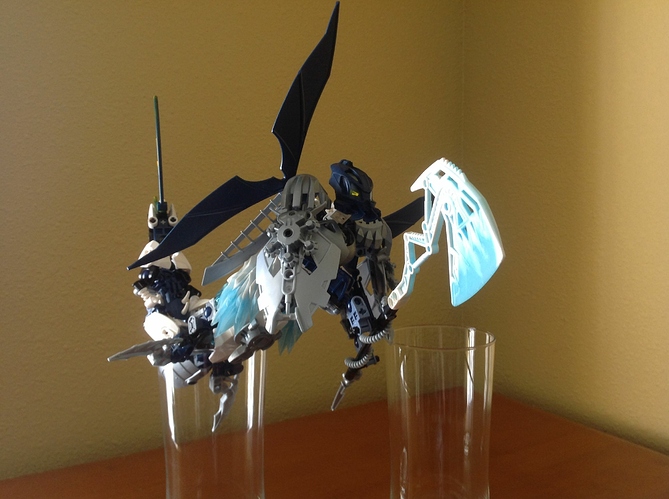 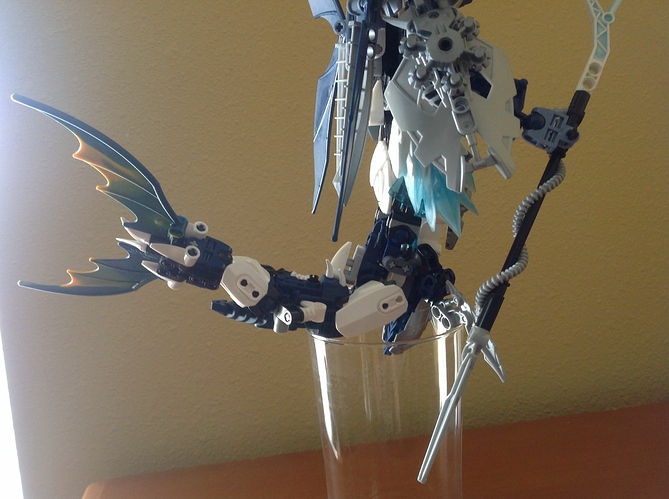 interesting with the staff and mermaid tail

I thought It fit better with her being water and sea. And I’ve been watching monster musume so I just wanted to make a mermaid.

I wish the tail could’ve matched

Tail is really nice, though i feel the upper body needs a little more white on the front to make it mix with the tail. Seems mostly silver and its a bit of a stark contrast.

Now that you mention it I might change her sand blue hand peices to white. My idea was that she’s made of water and the ice is her solid “flesh”. Unfortunately I’m at work so Ill probably update that tonight.

I love the idea of the tail
In fact, I think this moc in its entirety is really cool