Arcdron is a long going project that i allways change from time to time as i grow tired of his current look or find a new way of building his components.

This version of Arcdron has new designed components like his upper legs and upper arms. I have also added red spikes and trans parts to give him a more intresting look. I also added more black parts like the tubes on his lower arms to give him the darker look as he is supposed to be corrupted by the shadows.

For weapons i gave him a new pair of blades, but also keeping his old sword with a small update to make it match with his new red accent.

I though it would be usefull or intresting to know what inspired Arcdron and some lore about him.

The insperation for Arcdron came from the rakshi when i first built him. I had a white rakshi spine with some black painted accents on it. I later changed this for the thok piraka spine he now has. Im also a big fan of the inika sized figures, so sticking to the smaller size was and is still a very big goal of mine. The sword is inspired by william furnos sword from hero factory brain attack. I added in some of my own additions to it to make it fit with Arcdrons overall look. The net covering his chest was something i made up after the chest piece kept on falling of. The leg design is a design that ive used since i started building mocs. 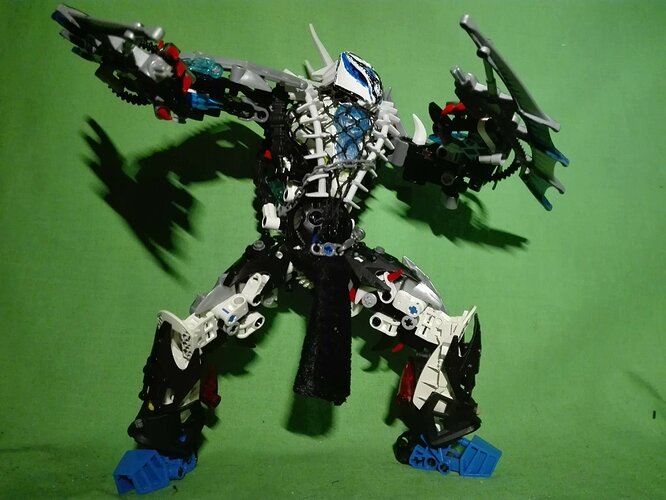 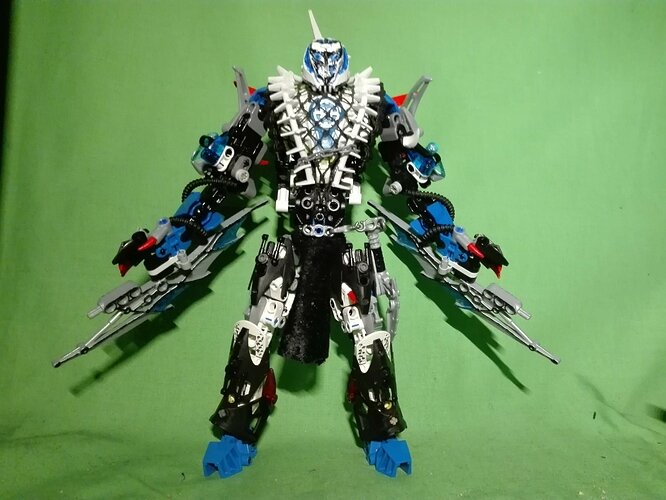 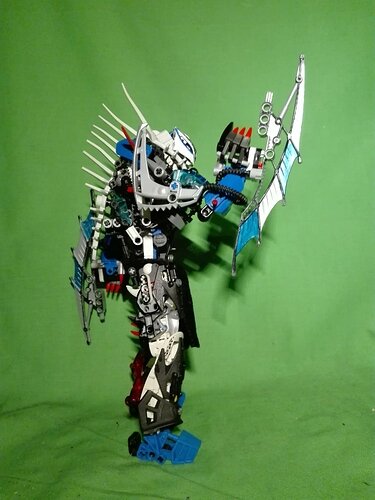 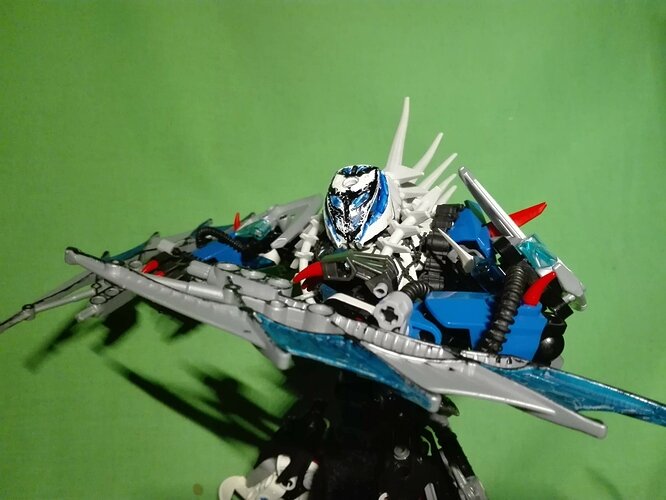 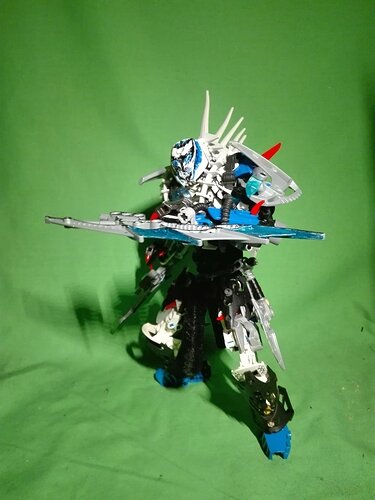 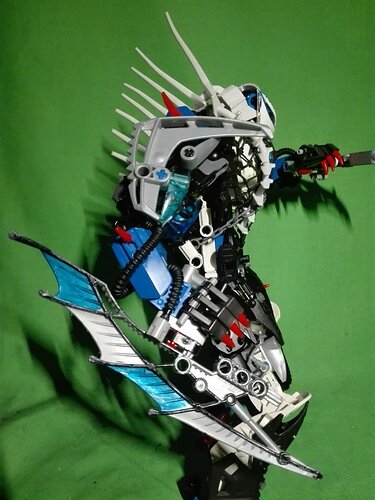 With the blades, he does look somewhat cluttered as the handles take up a lot of space, but thats more of a personal oppionion. The sword can be attached around his chest with a chain, the same chain thats hanging of it in some of the pictures. 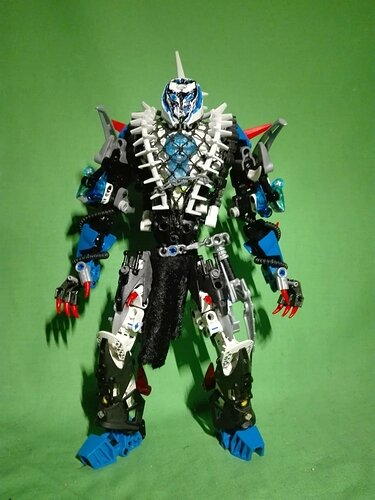 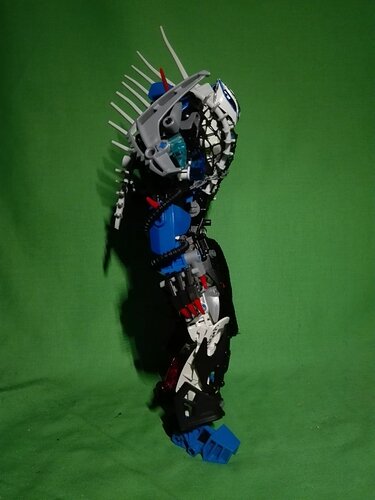 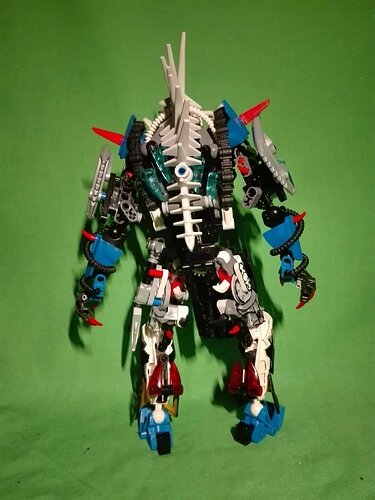 The back was somehat difficult to build, and it uses a few connections that are forced to their position. 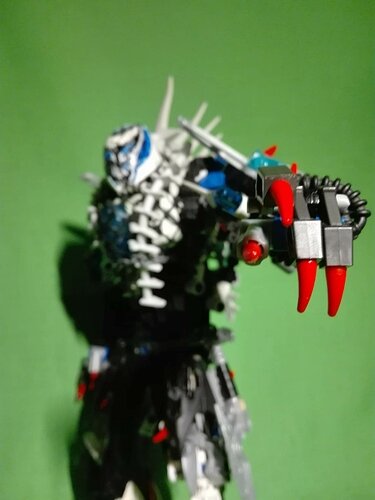 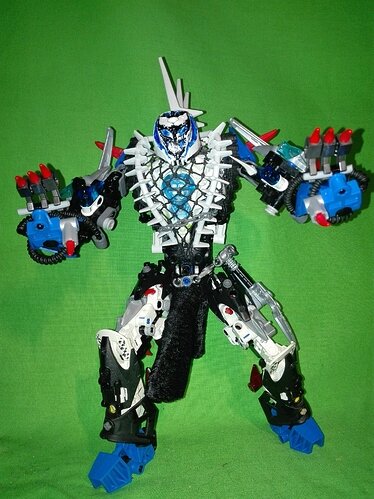 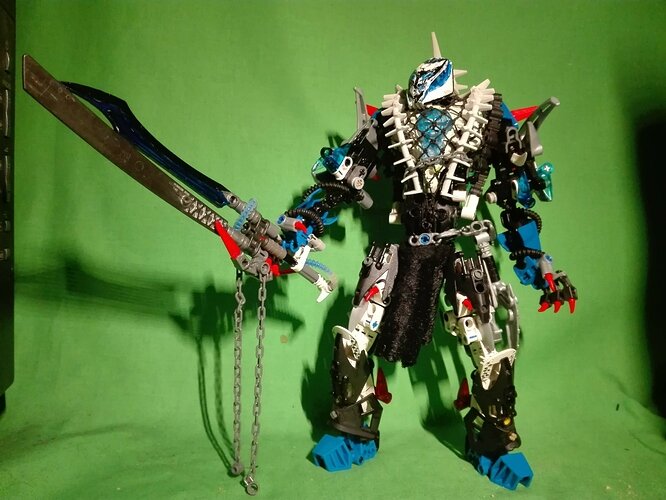 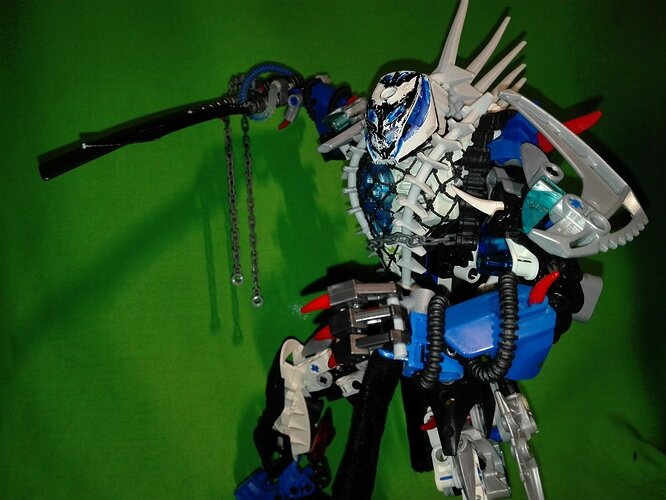 The lore ive pumped into the MOC deserves its own book and goes into detail about his race, tribe, familly and friends. Arcdron is a high classed warrior called Apax. He is of a race called Ashtok, a freaky mix between toa, piraka and rakshi. The Ashtaks use 3 different kinds of elements, fueld by crystals. These elements are Toxitron(acid), Vulcanite(fire) and Dioterite(electricity). Arcdron is an old character and has been through a lot of chaos. Hes been killed and brought back by destiny multiple times and has been corrupted more times than i can remember. In my own story he is at the moment lost in a universe he dont bellong in, hellbent on killing his brother, sparing him from the same corruption he now endures.

Overall im happy with his current look. The main problem i had with the last version was the open and gappy upper legs and upper arms that felt like they would fall appart whenever i moved it.

Be sure to tell me what you think. Im open for advice.

which part is the corruption? black or blue?

Black and red. The blue is part of his original color

Ok, i guess light can be blue as well…

That Rhakshi head is awesome! This looks beautiful!

Could you please post a pic of his fingers? The diesign is pretty neat 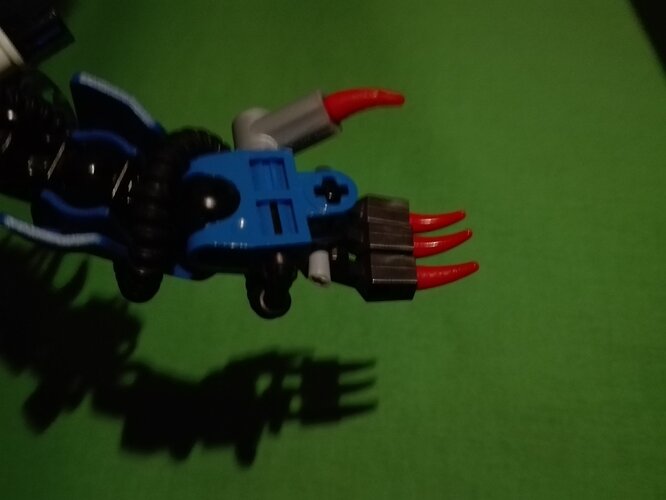 Thats all you need.

Im so happy you think so.

This is excellent! Thanks!

It’s a pretty cool MOC, but the mask definitely could use a few touch-ups.