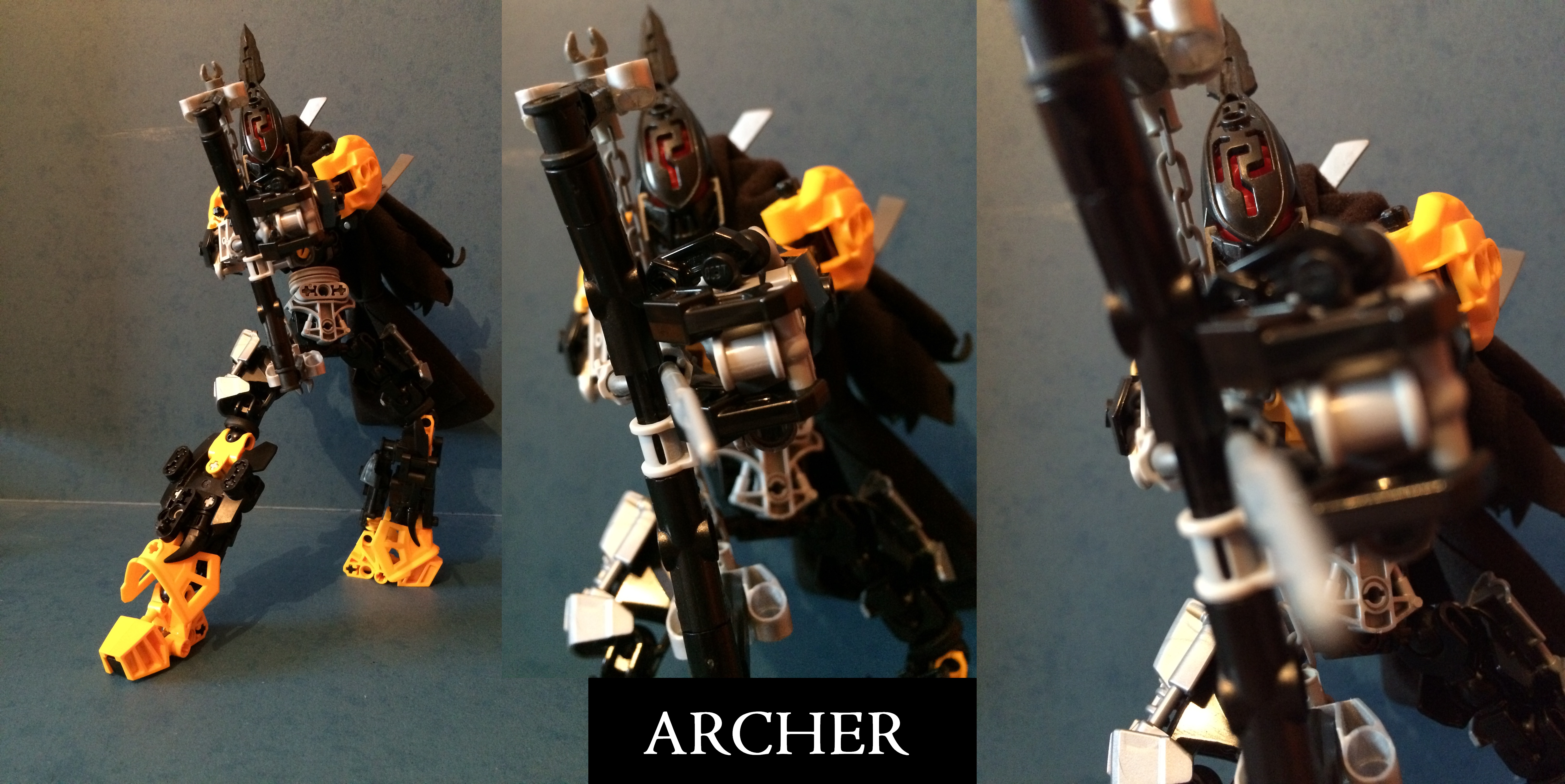 Hey I wrote little notes but you can ignore them and be just as well off
Honestly, it feels like I only post when I have a new self-MOC. This went up on flickr a while ago but I’ve had a really rough week so I had no access to a laptop to post stuff here.

Archer is my new self-MOC. To explain the change from Eyun, screw Eyun.
Seriously though, Eyun and I were not alike so how dare I try to call him my self-representation. Now, Archer is sticking around for longer than Eyun ever did (which was about eight months, pitifully).

Archer. An OC with no known identity other than “Archer”. So as not to spoil anything, he’s a resurrected heroic spirit from the past. 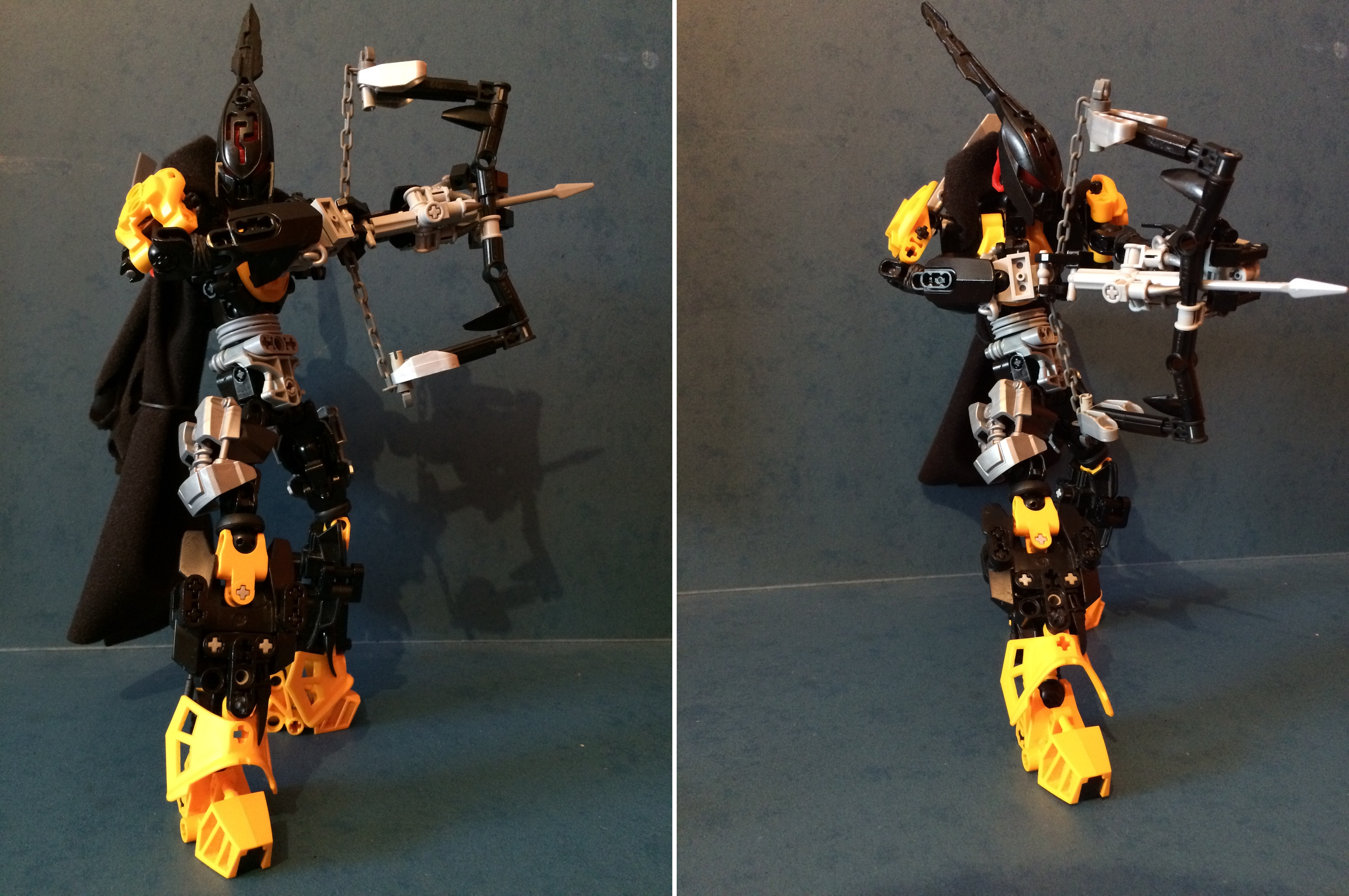 Archer is the type of person who claims to be a former king in his previous life (which is not improbable, considering his background) and will look down his egotistical nose at you if you show him no good reason to respect you. That said, he’s still a knight and isn’t a complete intolerable person and is actually rather mannerly, chivalrous and polite to most people. 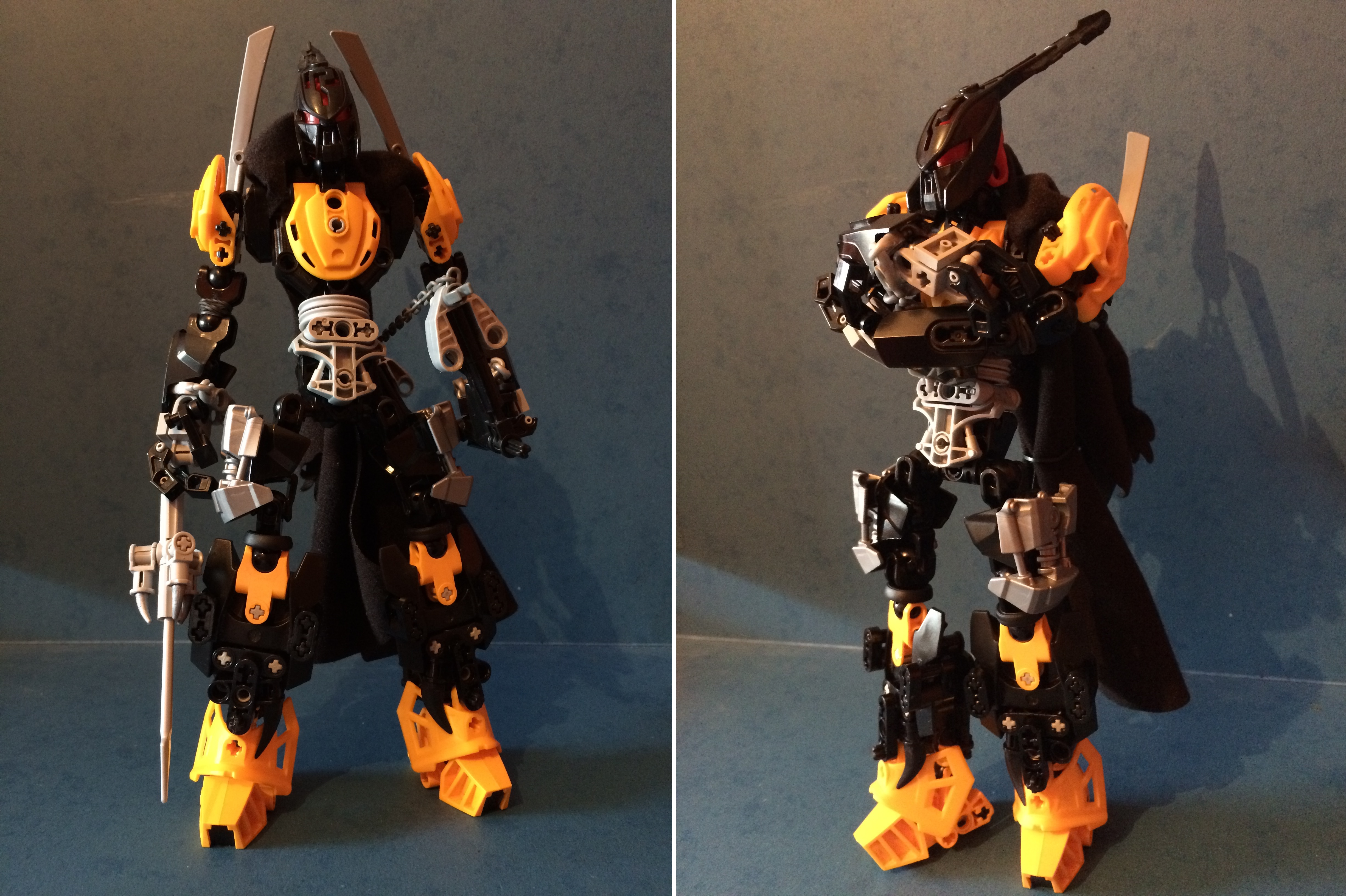 With Archer I wished to mix a Skrall vibe with style of build, so while his armor is light and clearly that of an archer, he also has large lower legs and ankleguards. The odd dab of silver tears at the repetition of black, and that’s its sole purpose so it has just enough of that too. 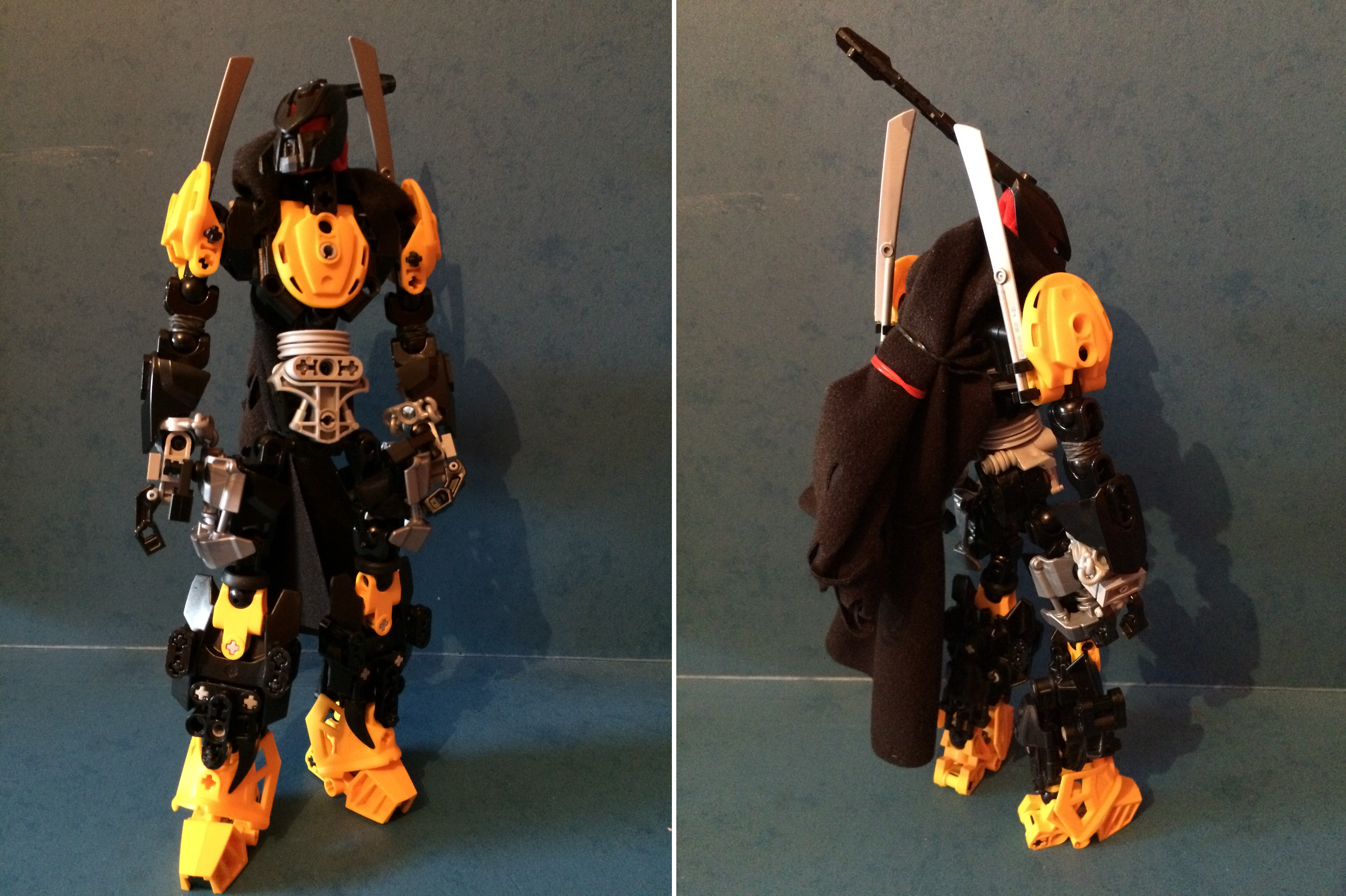 Something about Archer is that he uses two blades, two swords, despite his titular mastery of the bow. He is asked relentlessly why he fights using swords, and replies, “Because I keep losing with them.”
Is Archer worn out of victory? Or does he seek the thrill of a closer fight? Or both? Archer claims to have been brought back to life with no memory of his past life and yet claims to be a king. Archer also claims to seek a world where none are harmed nor oppressed, but seeks just as much a world lacking stagnation.
Due to these three inconsistencies, Archer has gained the reputation of being referred to as the “Antinomy,” as an antinomy is a contradiction between two beliefs or conclusions that are in themselves reasonable; a paradox. 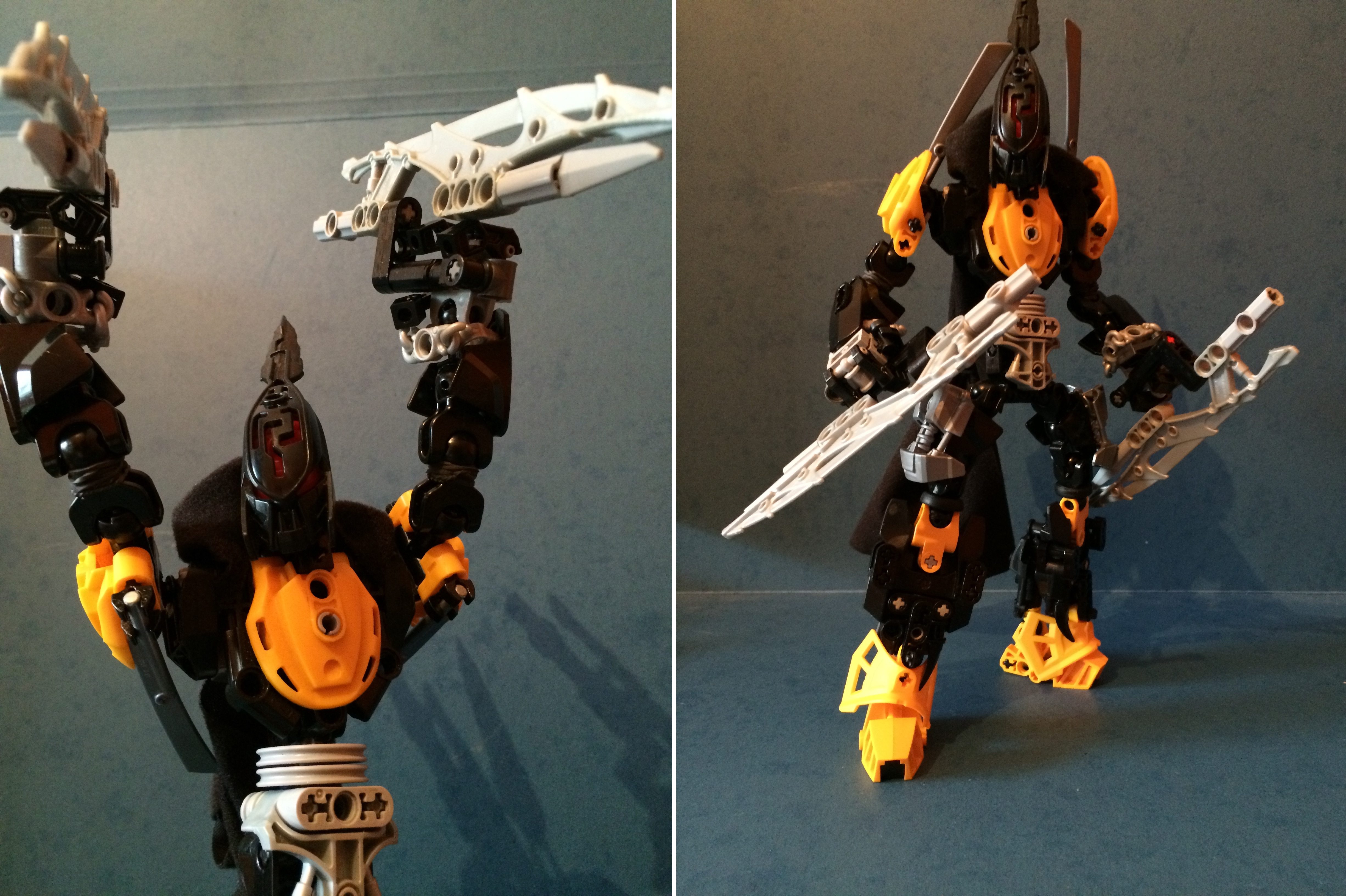 This is a bit confusing, and will be unexplained for now, but his bow here is cloaked in blue flames and he has loaded a gold-tipped arrow. He’s also firing at my former self-MOC. Call me metaphorical. 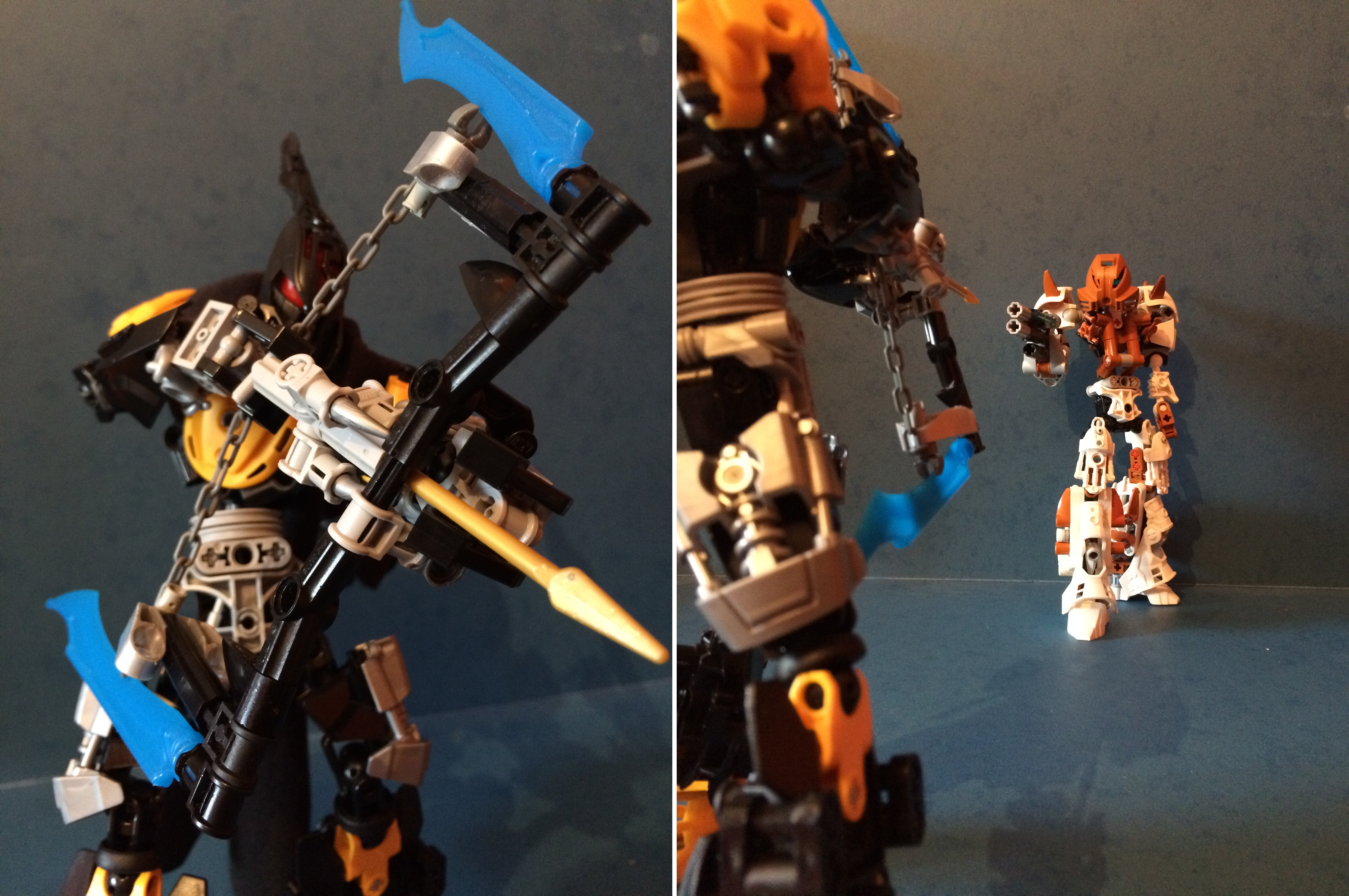 This is a new character and a V1 (no less), so critique, criticism and all manner of feedback are appreciated and welcomed. As of V1, I know of one person who has built a variant of Archer, albeit a near-total replication that he didn’t publicly share. But to me that bodes a good omen for a new self-MOC. 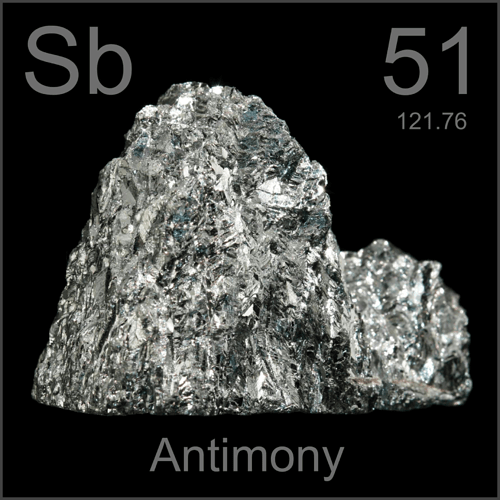 Oh! Antinomy is very different from Antimony! Cool name too!

a guy named archer, with two swords and a bow

a guy named archer, with two swords and a bow

I am the bone of my planned fanfiction (description of this https://www.flickr.com/photos/131472491@N03/19831233452).
But he’s not Shirou, nor anything like him. He doesn’t actually use those blades, ever, nor are they mentioned, I just put them there hoping somebody like you would prod me about it, truth be told. Servant Archer, though, you’re right.

@LelouchViBritannia would also like this. Or atleast get the references and stuff

@LelouchViBritannia would also like this. Or atleast get the references and stuff

I believe so, but he has some misconceptions about who the best girl is.
=P

otherwise I think the moc’s alright. D’you think there should be more silver and dark yellow/keetorange/whatever you call it on there? Not to say there’s anything wrong. Also I think the bow could be abit bigger

I believe so, but he has some misconceptions about who the best girl is.

Your waifu is trash.

otherwise I think the moc’s alright. D’you think there should be more silver and dark yellow/keetorange/whatever you call it on there? Not to say there’s anything wrong. Also I think the bow could be abit bigger

I was kidding anyway, but totally checking out that topic.I think the bow could have been bigger, yeah, you’re certainly right on that one. The keet is color layered pretty alright, but I should look into adding more silver. Thanks for the feedback!

Your waifu is trash.

Let’s take this outside. Of this one specific topic.

Thumbs up for use of:

I don’t want you to get the wrong idea, I like the moc itself.

those weapons are bad,
the bow looks broken,
those blades are ridiculously unwieldy, no wonder he keeps losing with them.

I would just make a blade-edged bow,
like this 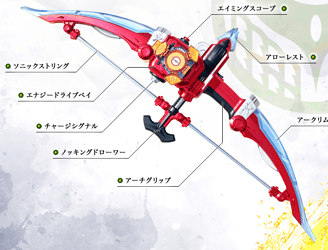 Thumbs up for use of:

Are they truly so uncommon?

those weapons are bad,the bow looks broken,those blades are ridiculously unwieldy, no wonder he keeps losing with them.

Hmm. I like the bow myself, but I have no arguments so I’ll agree that it need work. As for the blades… I’m not so sure. They should be decent weapons for blocking if their bizarre hilt is firm, and they’re not really offensive. Think of them as Archer’s way of training himself, via hardship, so to speak. Then again, that’s a weak argument in most people’s eyes so again, I do not disagree. Thanks for your critique, I’ll be using it when I make the next version.

This is very cool

Looks awesome. I love bows xD. I like the cape, maybe attach it to the shoulders or the collar bone like Batman :/.

“literally channeled MOCpages in a MOC”