Art Book Skull Villian (Iron Maiden? Is that what we're calling him?)

So this is one I’ve been thinking about for a while, and after seeing the Iron Maiden topic by @Altair, I have spent several hours constructing a CCBS version of this villian: 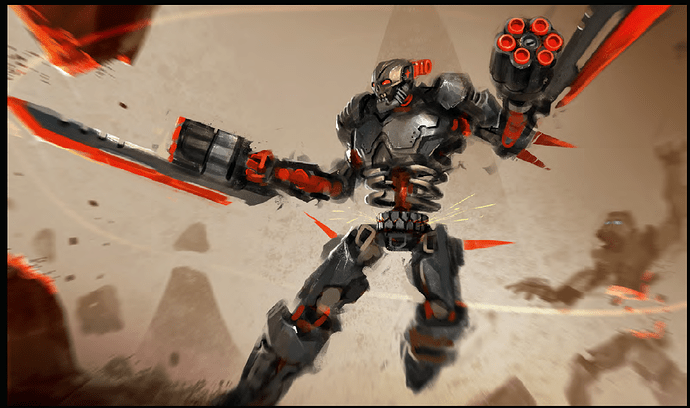 My model isn’t accurate to a t, however I was attempting to rectify one of the (very few) differences between Altair’s MOC and the image, which was the shoulders.
All the other differences are down to lack of parts, and I’ll cover which parts should be where further down. 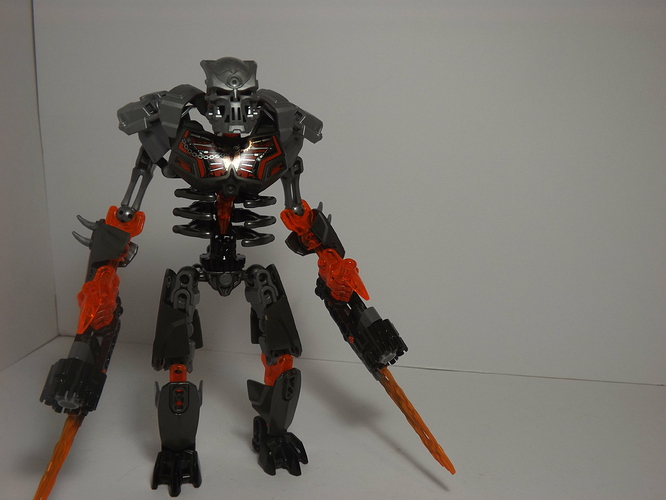 The Anti-Lewa (because, you know, the similar weapons, and stuff…): 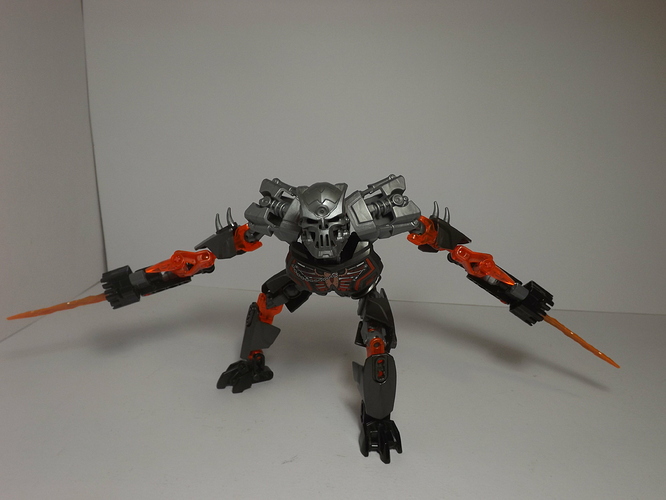 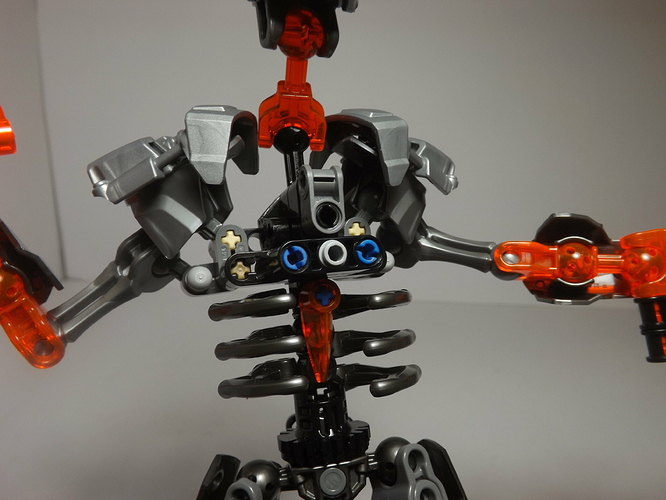 The Weapons (Altair’s versions are more accurate, unfortunately I don’t have the correct parts, so this is the closest version I can achieve): 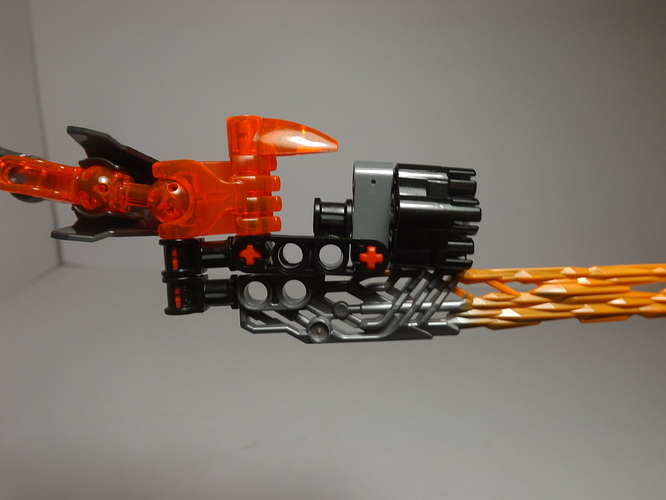 The obligatory Nyran shot, note the spine aesthetic with the rib pieces: 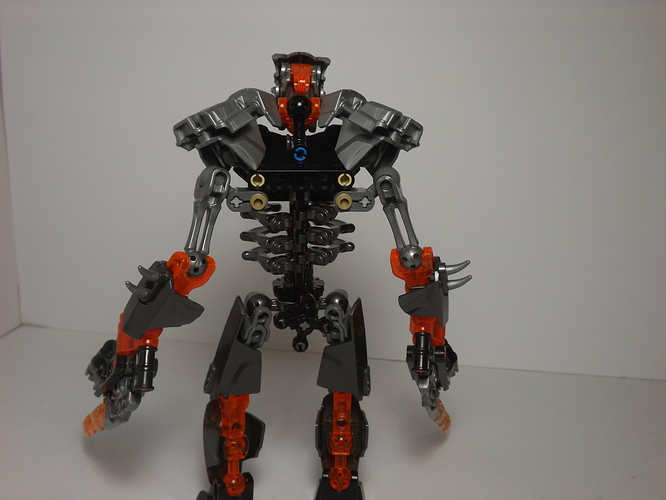 Action pose (both shooters work, and the waist articulation has the gear function): 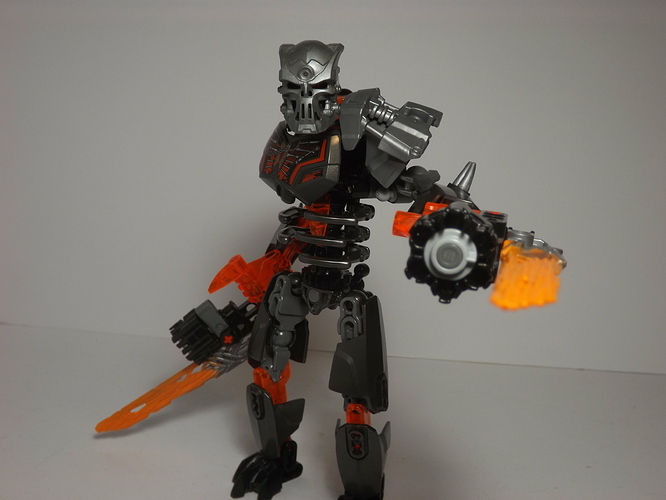 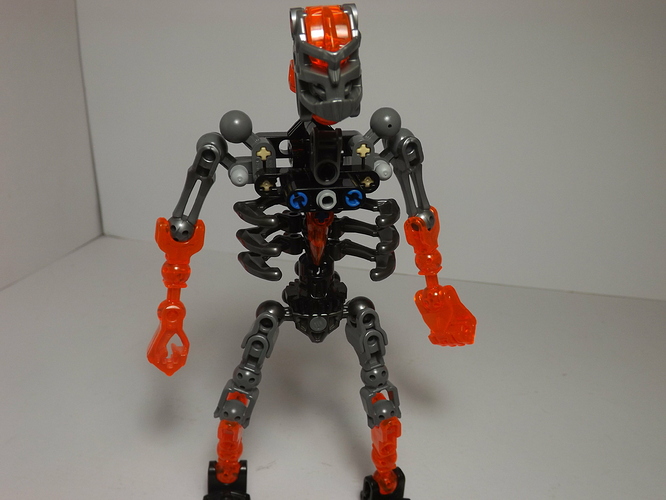 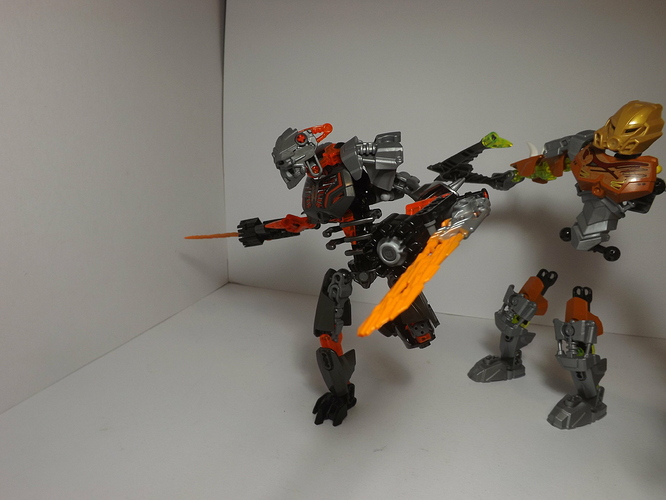 You are probably thinking “My son said this was a kids toy line!” 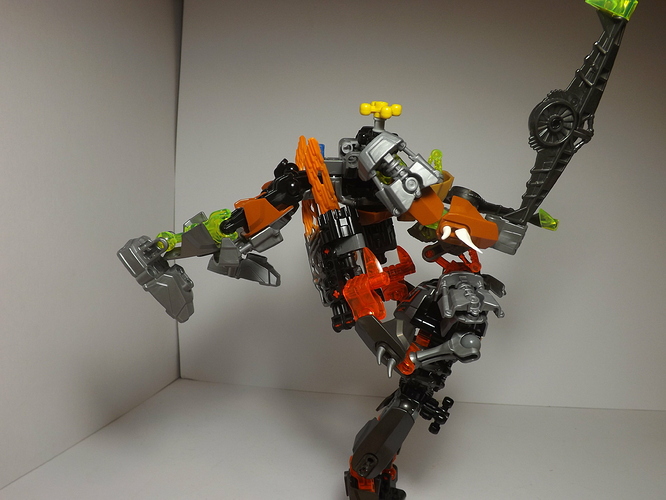 A couple of minor adjustments I would make if I had the parts:

This should be the upper leg shell, with a single long orange spike in the top hole. 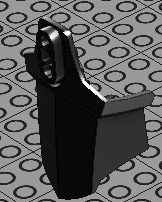 Those same spikes should be in the arms in place of the small silver ones.

Otherwise, I think this is accurate to the concept art, and with 116 pieces this perfectly fits into the $20 price bracket, along with Skull Basher, Warrior, Slicer and Scorpio. And with three functions, minimised gaps and a fantastic-looking ribbing, this is the kind of set we wanted from G2 (or at least I did. I was pretty disappointed in the meagre set offerings we got for the villains).

Looks pretty cool. I can imagine this as an actual set I would want to buy.

Shoulders and thighs look better than Altair’s version (no offense to his though, since this is almost identical and they’re both the best versions I’ve seen).

However, he needs the proper spikes, the shin armor, and I’ve always seen the feet as the normal 2.0 feet. I also feel the blades Altair used fit better, but I realize it’s not a common part.

All in all though, really good!

Yeah, I forgot to mention, the legs are the least accurate - the armour addons, the large pieces, and gunmetal feet - however that’s just due to my lack of parts. I’m attempting to get ahold of them, but for some reason old sets are hard to find

Pretty cool! I really like the use of the bone pieces for upper arms, and the build in general is very nice, although the build for the shooters seems a bit too flimsy. Very nice ribcage, you gave me an idea for a very slight mod to my version. Nice work!

(the name for the MOC was simply my idea, you can call it the way you want. I’ve seen someone call it “Skull reaper” or something like that, for example)

Pohato’s not half the Toa he used to be.

Yeah, the shooters are a bit flimsy. Yours are pretty much the ideal, I was just fiddling around with different ideas.

You are probably thinking “My son said this was a kids toy line!” 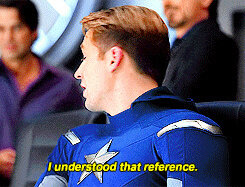