Finally, after having this MOC complete in every way except for colors for the last 2 weeks, I’m entering my Artakha! 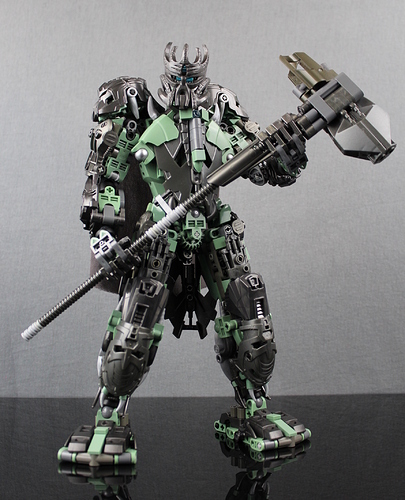 I tried to stick to detailed, G1-style parts as much as possible, whilst using solely sand green for color as much as I could, to avoid requiring any painted parts besides the Mask.

Of course, there’s a few places on the torso where I’ve incorporated Ben 10 limb parts, but I hope the texture matches the chestplate enough that it looks alright.

Style wise, I tried to make his build look like he was originally an official set which I had revamped. In order to accomplish this, I made the inner structure of the MOC simple enough that you could remove 90% of the filler and accent pieces if you just wanted to have a barebones, BIONICLE G1-style titan.

I also tried to minimize the use of system as much as possible, only relying on it to fill in gaps in the build, and splash some more sand-green here and there. 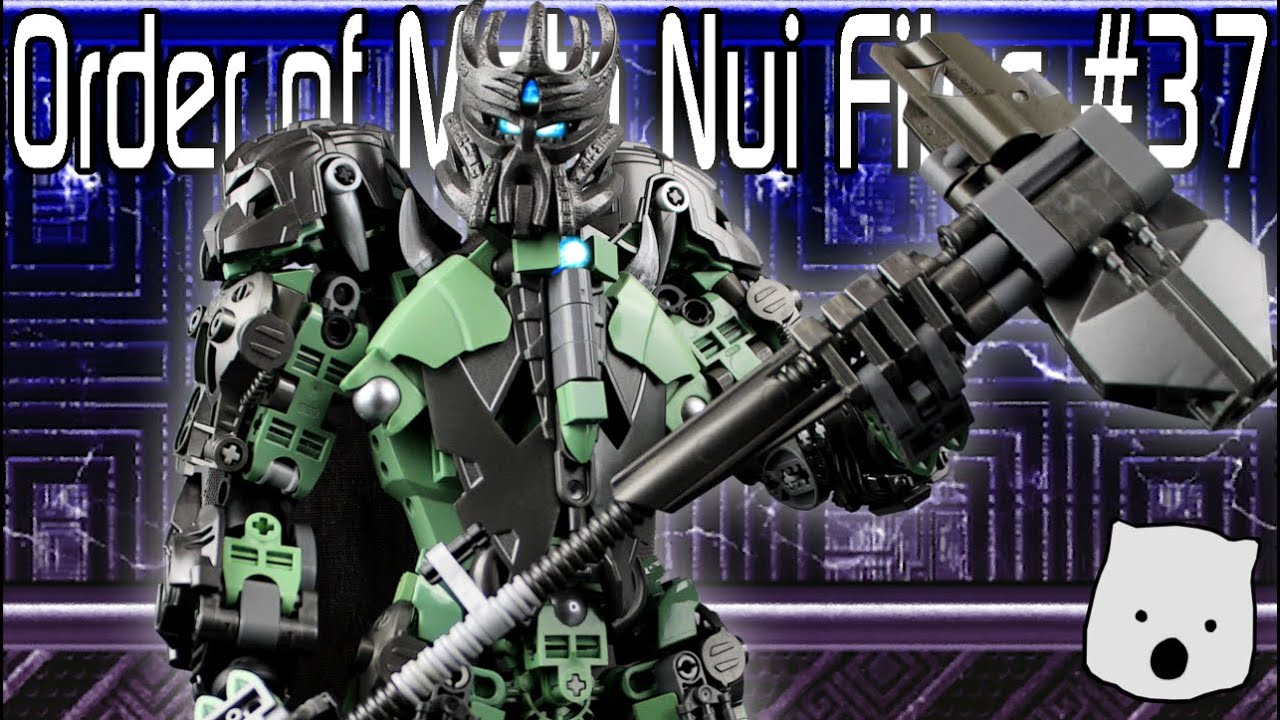 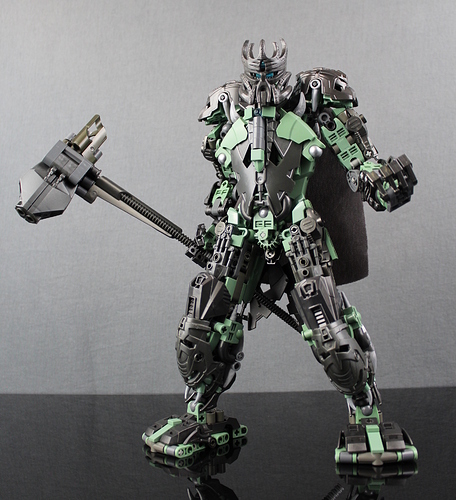 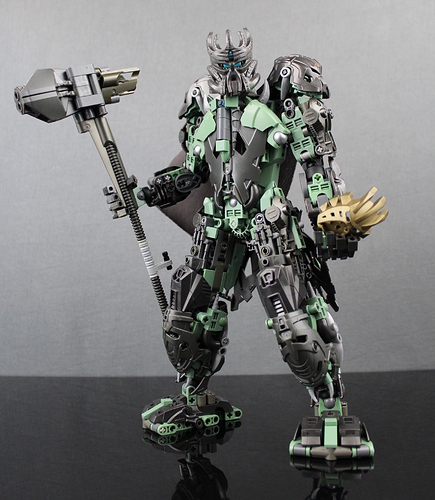 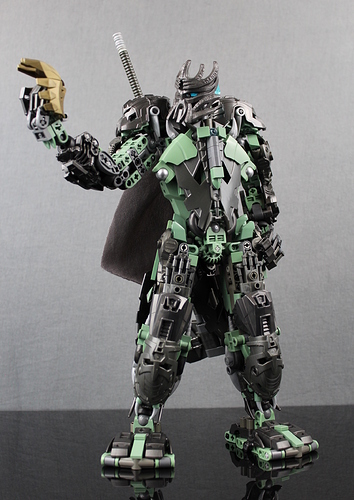 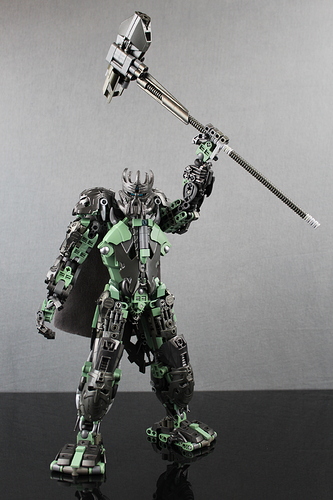 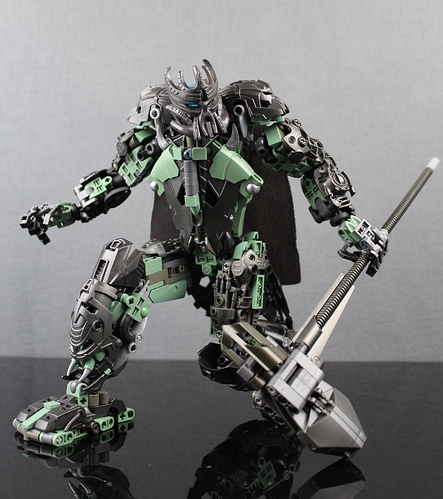 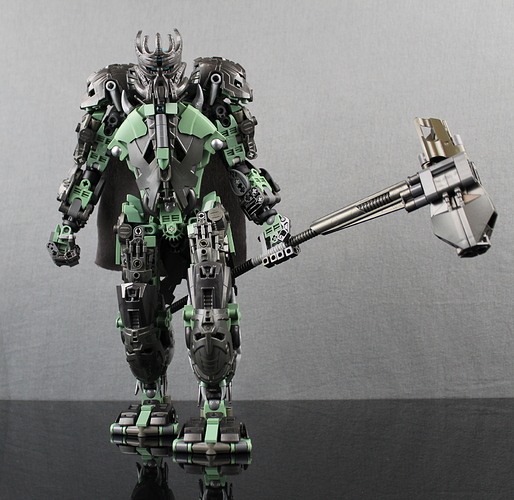 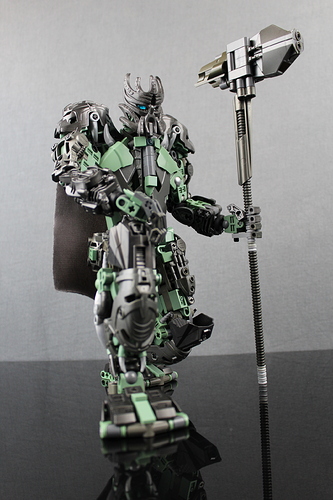 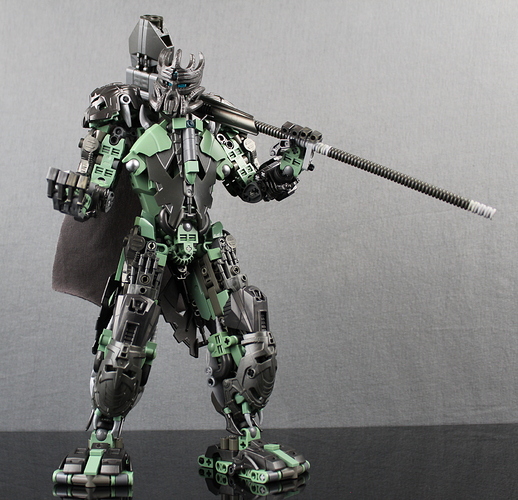 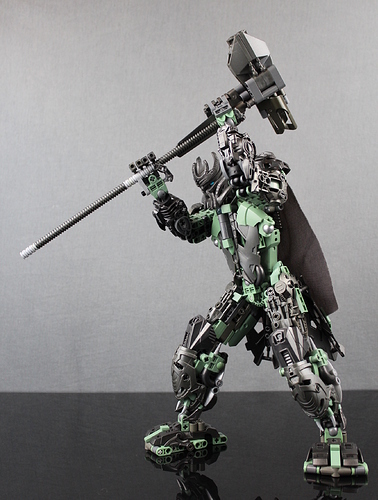 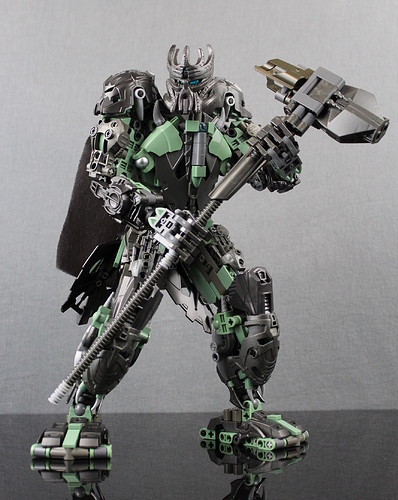 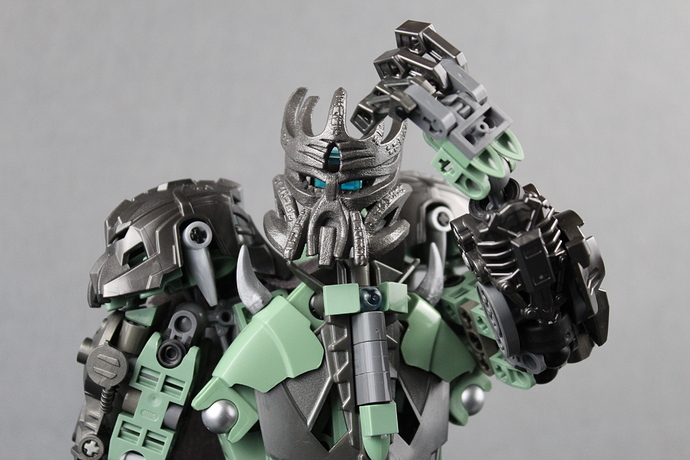 " You… imbeciles. You ignorant stone apes… is this how you try to save existence? "
— Artakha, Reign of Shadows

(Expand for more pictures below) 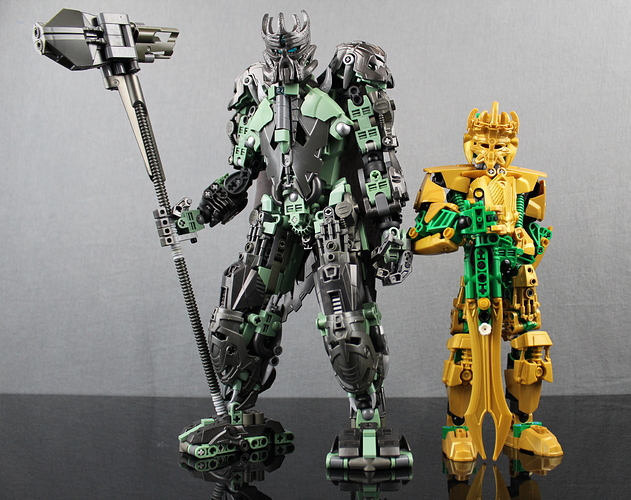 ArtakhaContest (21)2184×1728 2.74 MB
Some of you may recognize my other version of Artakha from YouTube, Artakha, the Great Being of Judgement. If you’re wondering why I didn’t simply enter this version, here’s why:

In my storyline, Artakha was replaced early on in the Matoran Universe’s history by a Great Being named Domarius. (Same way Velika was replaced by a Great Being in Canon). After a while this Great Being took on the name Artakha, and that’s the smaller fella you see here. Eventually, he’ll change his form from the Sand Green & Gunmetal version to the Gold and Green version.

(Speaking of my storyline, want a great way to reach trust level 1 on the boards? Take a gander through Knight of Nights: Knoxus’ Story! I promise it’ll be worth your while!

Please let me know what you think! (This MOC cost me all the gray/gunmetal parts that I was saving for a MOV of Krakua, so I hope it was worth it!)

PS: You have my word as a BioTuber that if I win, I’ll immediately release a full tutorial on this MOC for anyone looking to re-create it! I’ll still do one if I don’t win as well, but it may take a while, lol.

EDIT: Thank you all for all the massive outpouring of support! I’ve decided to make a Stud.io File and Building Instructions of my Entry available to download for free early as thanks for being so awesome! 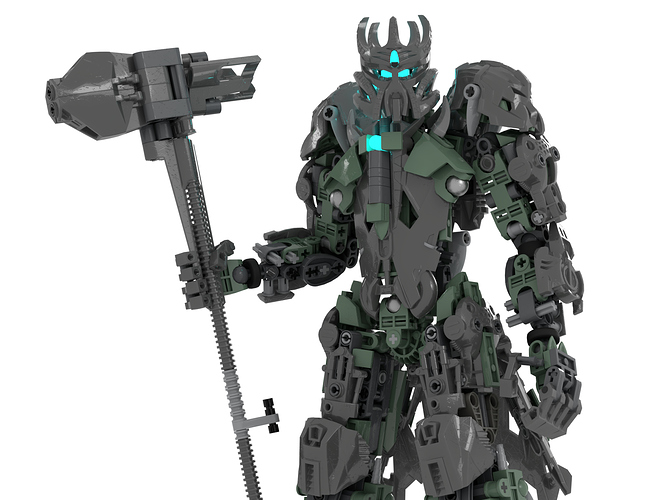 This looks incredible dude, i envy your talent sometimes. I hope you win!

Your mocs are always stunning beautiful.

I like the use of the Drilldozer masks as shoulder armor. Also, the Sand Green color has been integrated very well.

wow, you nailed it, well done!

This is amazing! I don’t think my mask of creation can do this justice

I personally would’ve preferred more green, but your build is gorgeous! best of luck!

I clicked on this and was like “oh, can’t wait to see what WCP’s Artakha MOC looks like with gunmetal and sand green.”

This is better. Much better.

The only thing I’m not super happy about are the thin ankles, but they can be changed a little in the art contest.

Anyway, great job. This is one of my favorite entries thus far. I especially like the color scheme, and it’s general appearance.

I haven’t seen many entries that made me go “■■■■, I actually want this canonized.” You just made that list one entry longer.

I have been a long time lurker, however, this entry is the Artakha I want to stand behind. Amazing build and the general impression he leaves me with is that of an ancient and powerful king, one with endless knowledge and imposing powers. Best of luck!

Thanks for the kind words everyone!

This is really good. The Ben 10 alien legs on the chest look a bit weird to me, but I really like the feet. And I’m very impressed with all the sand green pieces you were able to incorporate.

I think I gotta vote for this, it pretty much perfectly matches my mental image of him!

I’ve got a lot of friends participating in this contest and a lot of entries that I want to see win solely because of the person entering. I don’t have that sort of bias here, as I gladly voted against your Helryx in the last contest.