"I remember when I killed it. The heat of the battle, the wind ripping against my mask. The tension. The fear. Pridak’s forces were terrifying… We were just as frightening. The simple notion that by the end of this your allies, your friends, innocent strangers- Folks just dragged into a madman’s ideological and literal crusade would be on the ground, bleeding out. It was nightmarish. 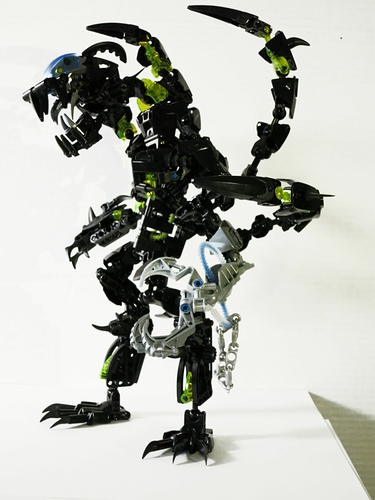 “It fell like a comet. We assumed it was some new form of combatant, perhaps of Pridak’s ranks. It was unlike anyone I had ever seen… It wore green and yellow armor and bore a silver arm. However, most distinctly, it had a mask carved into a hideous toothy grin, one more unnatural than just skeletal. Dressing as monsters wasn’t a new tactic for Pridak’s legions, but this one felt particularly off… particularly real.” 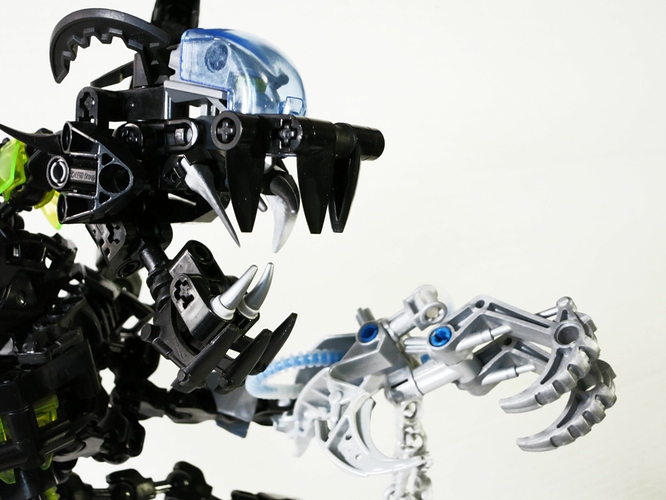 “It lashed out, and I knew immediately what I would have to do. For my friends, for my allies, for the few brethren I had left, I would slay it. I didn’t think twice. In one precise motion, my blade tore its head clean off. I sighed, ready to turn around and never see it again… Then it began to laugh.” 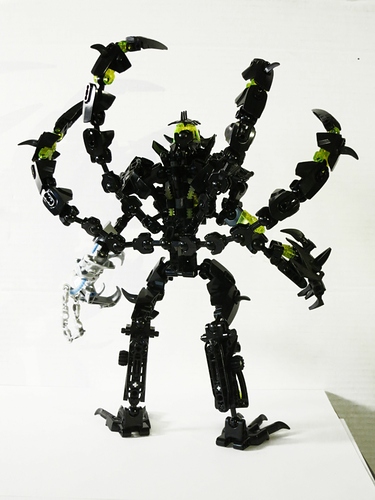 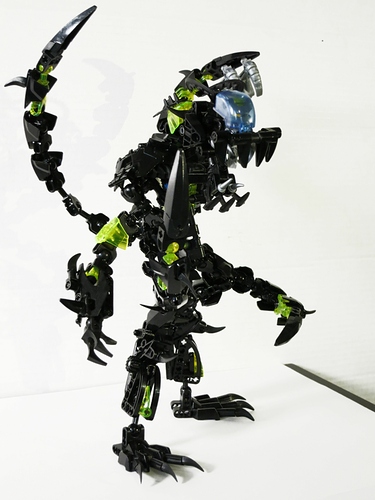 “Eventually, the mask shattered. Despite still hearing it, I assumed that the laughing had stopped, and what remained was just reverberating within the walls of my sanity. After that, I knew that I wouldn’t keep fighting. I left the battlefield heavy hearted, despite our narrow victory. There was something wrong. I couldn’t quite put my finger on it, but I could’ve sworn that IT was still present.” 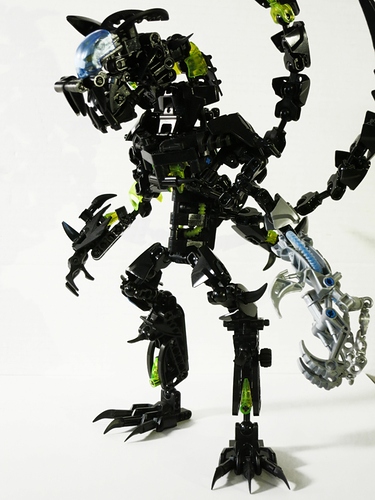 “I returned the following day, to be greeted with a sight nothing short of ghastly. A number of villagers had fallen that day, and we had carried their corpses to the middle of the field, intending to give them a respectful burial the following evening. Yet, what remained were not corpses, but bare mechanical skeletons. There was no reason that they should’ve decayed that quickly, lest some kind of insect infested the field and worked overnight. Odder yet was the black residue that seemed to cover the entire area, like ebony dew droplets… I spared not another second and ran to where I slayed that THING. Sure enough, the mask was gone, along with the one silver arm.” 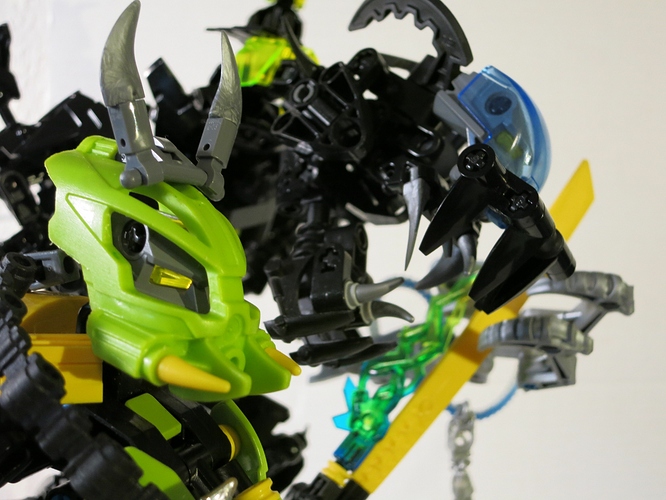 A few close ups can be found here

As always, comments and criticism are welcome. I’ve been working on this thing for months, and I’m still not happy with it. In fact, I have a long way to go with it, but I figured that I should go ahead and see what people think before taking it any further.

It’s…monstrous…demonic…demented…something that clawed its way out of hell! It’s beautiful!

Looks great. It’s so good that I want to eat it.

This looks like some Lovecraftian villain portrayed by an illusive artist. Looks tremendously awesome.

Very cool, I like the use of the Mahri/Phantoka visor.

In some shots it looks just a little bit cluttered. But other than that, it’s pretty creepy man.

I love this MOC so much, It’s so unorthodox and the backstory is great!

Looks like Botar got super pumped and evil. Love it.

Looks great. It’s so good that I want to eat it.

I dunno about that. It would probably taste like iron filings and rotten flesh.

This looks like some Lovecraftian villain portrayed by an illusive artist. Looks tremendously awesome.

That’s a really awesome way of putting it! Means that I got my point across!

Looks like Botar got super pumped and evil. Love it.

Funny you mention that. I was actually more in the mindset of Ultimate Dume, but I suppose Botar is accurate too.