Mata Nui’s mission was to explore the universe and study alien civilizations. When Mata Nui arrives in a planet, he rests in the ocean and an island is built over his face as a way of camouflage. I don’t know if there’s any comment on whether humans existed in the Bionicle universe or not, but if they did, there’s no reason to believe Mata Nui didn’t arrive on Earth to study human cultures.

My proposal is that Mata Nui came to earth in ancient Greece times, the Greeks found the island of Mata Nui and built a country on top of it. With all the extraterrestrial resources the island of Mata Nui gave the atlantians, particularly Energized Protodermis, they became the most advanced and powerful state in the world.

Eventually, Mata Nui ended his research and left the Earth, destroying Atlantis in the process.

this is a neat idea.

This is a really interesting idea, connecting a real-life legend with an aspect of the Bionicle story. I’d be kind of interested to see an actual story come out of this idea.

However, if you are interested in rigid canon compliance, there are a couple of issues:

There is, and they don’t:

The other issue I see is that, if Atlantis truly was built on Mata Nui’s camouflage island, the Bohrok would have emerged before Mata Nui broke through the island, which surely would have been mentioned in the legends. (Perhaps that was the true purpose of the Bohrok, to drive off any native settlers of the island so that they weren’t killed when Mata Nui left?)

Also, Mata Nui probably wouldn’t have come down to Earth, since he is canonically as tall as the diameter of the planet.

Despite everything I mentioned above, though, this is still an extremely cool idea, and it wouldn’t be too difficult to ignore minor aspects of canon to develop the idea further.

that could be really interesting!

Well, maybe the reason there are no tales about the Bohrok swarms is because no Atlantean survived the cleaning. Even if the Bohrok did not murder them all, and made them run away in their ships with the help of kranas, the rising of Mata Nui would’ve caused massive tsunamis that would’ve destroyed any ship in the surroundings, leaving all the surviving Atlanteans to drown in the ocean. With no one to tell the story, the only thing Athenians and Egiptians would’ve known about their fate is that there was a cataclysmic earthquake, giant tsunamis, and suddenly Atlantis had disappeared from existence.

Also there is some controversy regarding the size of the GSR, the sized proposed by Christian Faber, using the “Mata Nui island has the same size of Denmark” as reference makes much more sense. If the Mata Nui robot was designed to hide in the oceans of inhabited planets, then a 40 million feet tall robot would only be able to hide in super-earth sized planets (perhaps not even that), which would’ve greatly limited the sample size of civilizations that Mata Nui could study.

But I believe Mata Nui is capable of scanning planets, so that he doesn’t have to break them through landing upon smaller planets and space objects.

Correct me if I’m wrong, someone!

There is, and they don’t:

Well, then how do you explain this image that shows a picture of a human?

how do you explain this image that shows a picture of a human?

That’s clearly a humanoid species, but I see nothing that would specifically indicate that it’s an actual human.

how do you explain this image that shows a picture of a human? 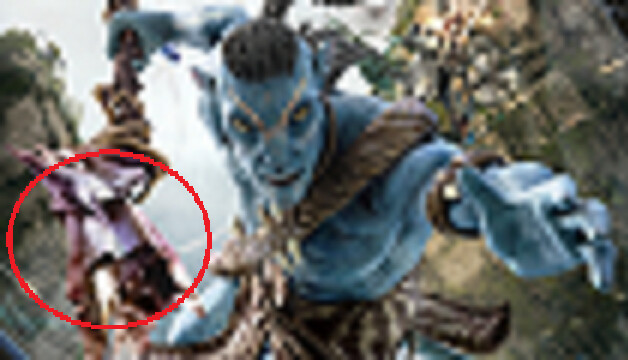 this is a joke, to be clear

I didn’t even know Avatar HAD a video game.