A Revenant of her own time, Aurai is pulled back to the battlefield by the resurgence of her own killer, the Specter. In her tenure as a Revenant, she has grown stronger, and at some point obtained Solarium, her time-manipulating blade. Armed with Solarium and a vast reservoir of psionic abilities, she rejoins the front lines in a blur of green and silver, hoping to finally avenge her own death from years ago. 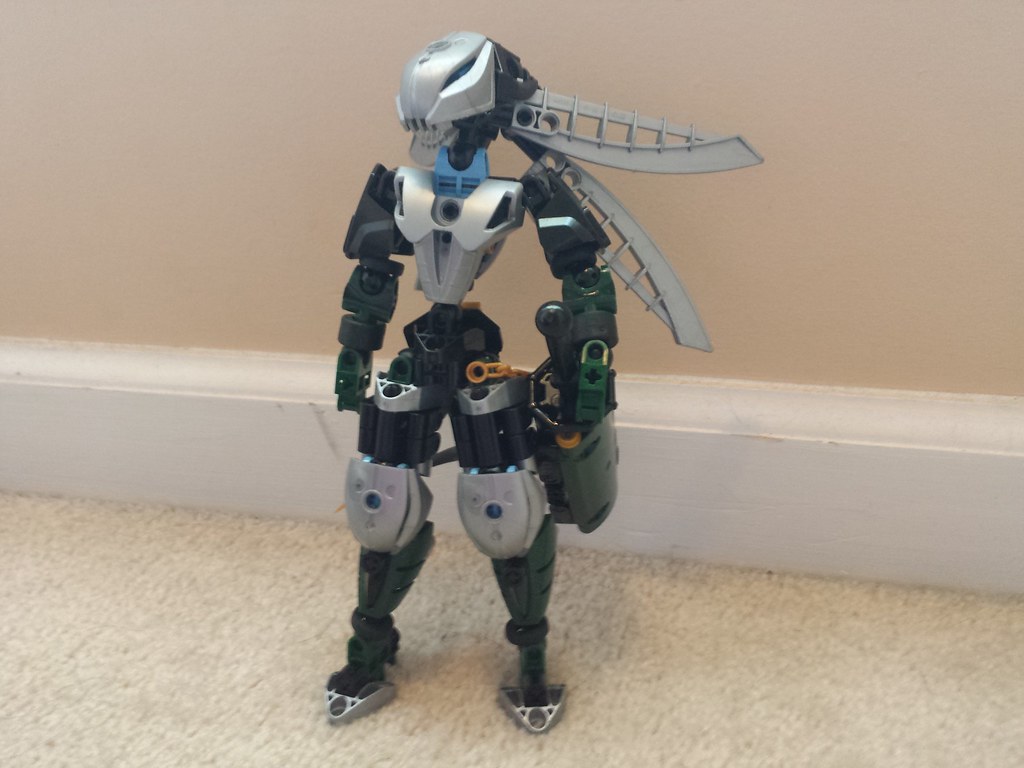 A few things stick out about this. One, yes she has a Rahkshi head. Oh well. Two…what’s that totally inconspicuous giant green box on her left hip? 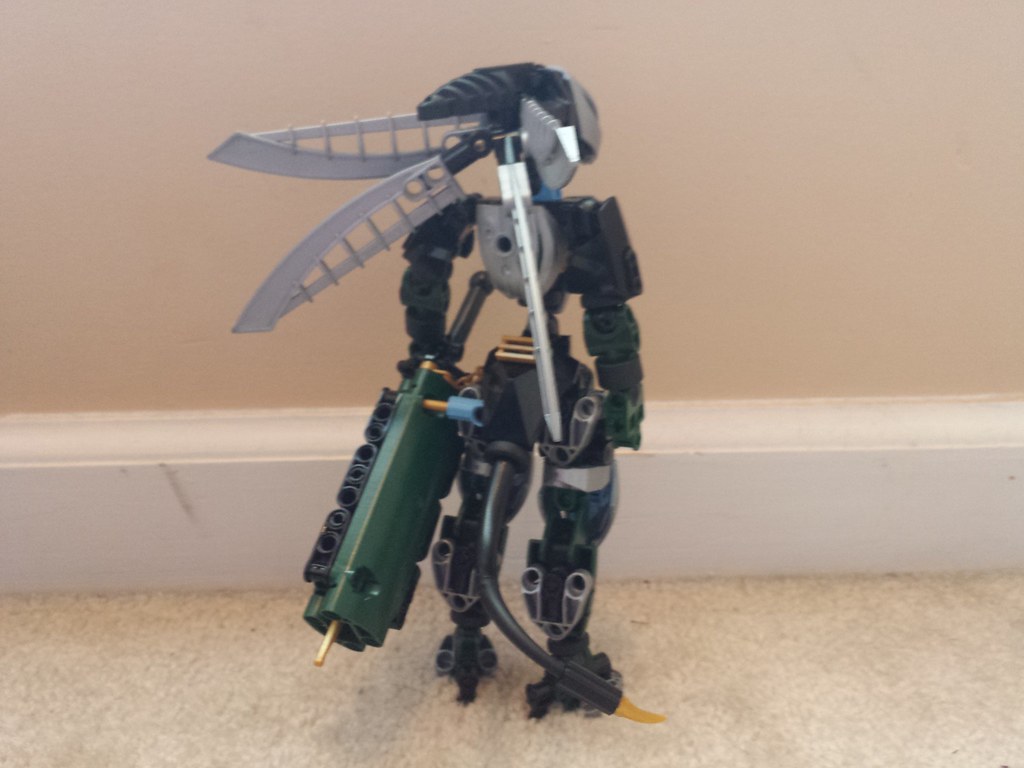 Back shot. With the inclusion of that back armor, she uses four Rahkshi heads in total, which is all my silver ones, fun fact. Guess you don’t need to worry about this becoming a habit. 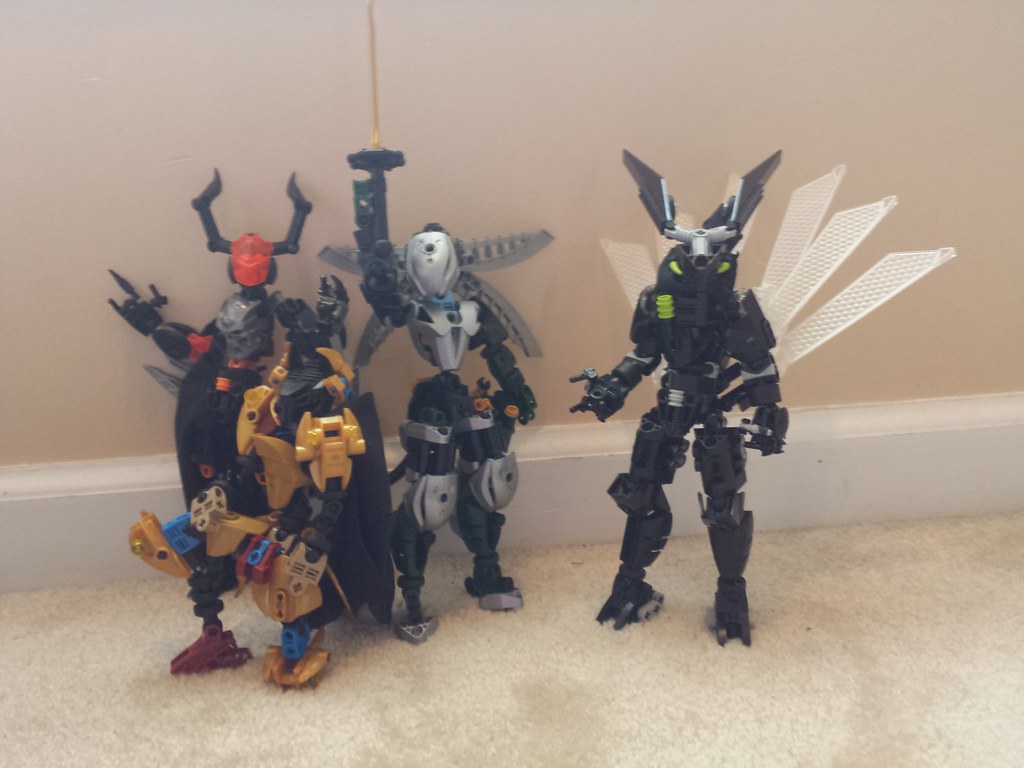 I swear this group shot gets bigger and bigger. Oh wait…

Also, there’s Solarium unsheathed. It’s an unimpressive build for the blade itself, and I intend to replace it with the actual katana part later, but it’s the sheath that actually matters. 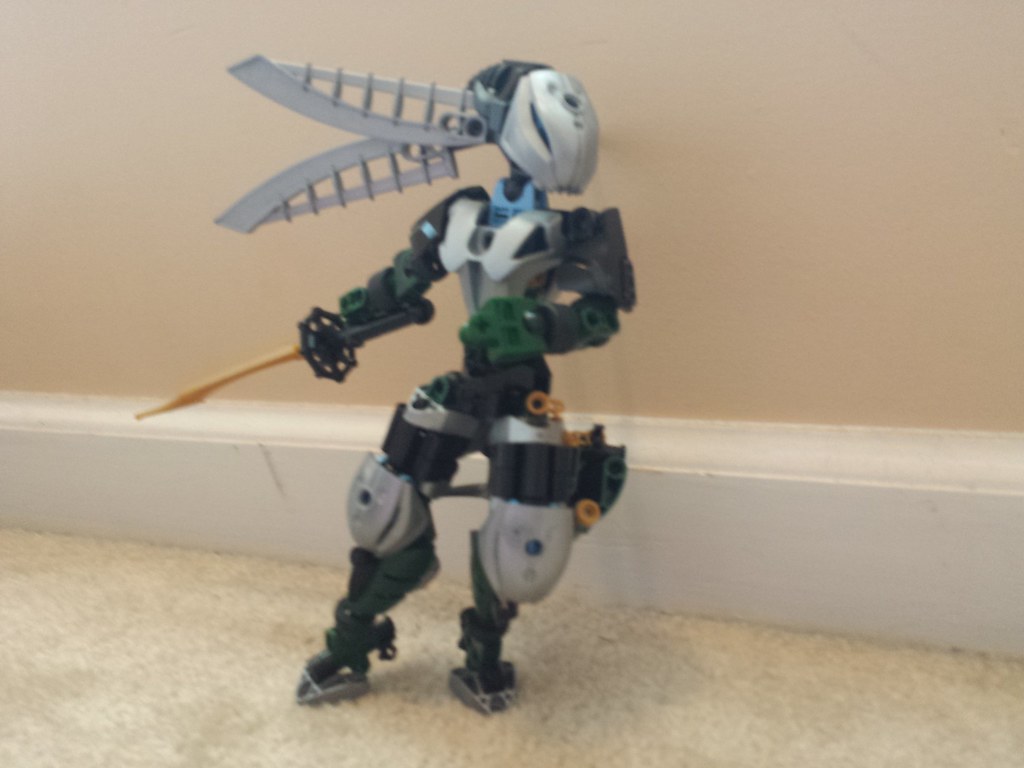 Strangely easy to pull off this pose given that she has issues even standing on carpet, and yet this actually works. Logic: Gone. 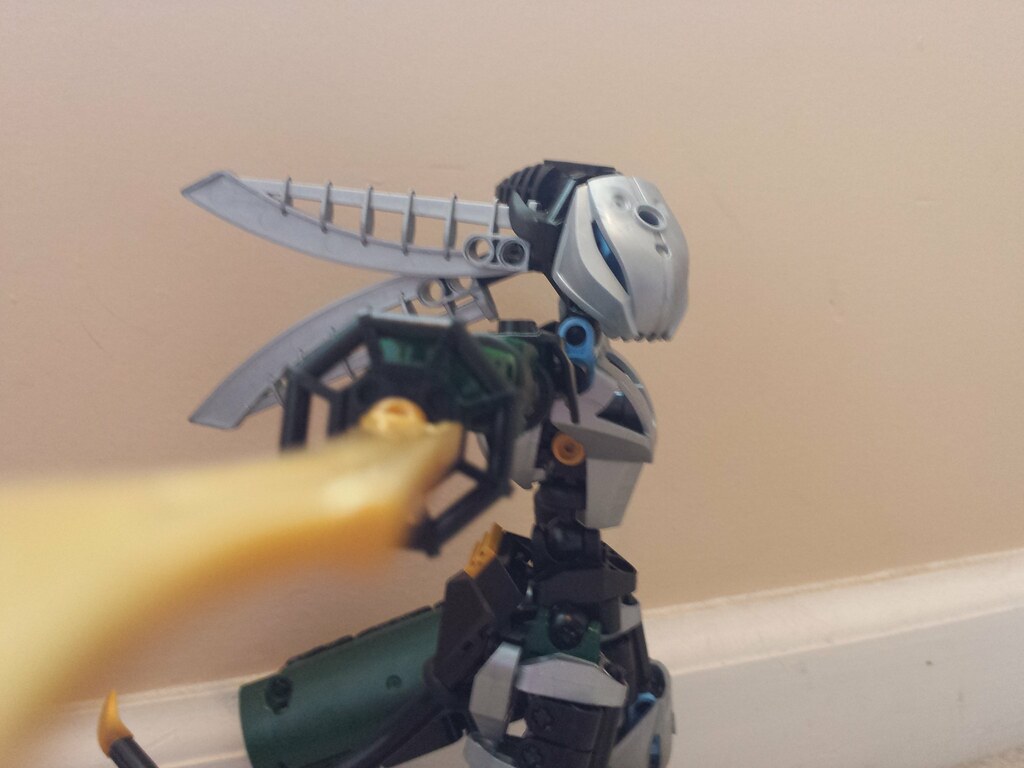 Not the thing you want to be looking at. You probably don’t want to look at Solarium either.

Oh boy. Can’t wait for the comments everywhere on this one.

So, Aurai. Such a cleverly named difference from Rai, the character she’s the reboot of. No? Drat. At any rate, Rai (or Aurai) is back and distinctly better than ever. I’m personally quite happy with how she turned out, despite the fact that many will immediately single out the head, because it’s a Rahkshi head. This is one case where regardless, I’m probably going to keep it just based off personal preference, as I do really like how it looks.

As for the rest, it’s been sitting half-completed for about three weeks or something, waiting for mid-terms to finish up and for me to make a torso redesign, which has finally arrived.

Now, enough with the walls of text. I hope you enjoyed the MOC, and I’ll see you shortly with something new and shiny. Probably.

I might actually post a few MOC updates first. Silent and Entropy have had a few tweaks I haven’t mentioned yet, and I’m probably going to do some mods to Oasis soon.

Looks nice, and I quite like the rahkshi head as well.

I am going to imagine that she jumped to three alternate realities (Or maybe timelines), slaughtered herself, and took the heads as trophies…

You somehow just came up with a story darker than Entropy, Silent and Oasis’s stories combined.

Thanks ELK. I needed that in my day

She looks pretty nice- I especially like her figure. It looks… Anatomical.

The thighs might be a tad bit too long in comparison with the lower legs, but that’s not a huge issue and I don’t know if I’d have you rework the legs to fix it(they really make the moc as is).

Also, I dunno about the big light blue part at the neck- it stands out way too much.

Thighs are actually shorter than they look. They’re the same length as Silent’s and Entropy’s (although their entire legs are the same length because they use the same core design). However I see your point, probably because of the Rahkshi heads creating this illusion of longer thighs.

Light blue I definitely understand though. I’ll look into swapping that out or increasing the amount of light blue elsewhere.

I love the legs, head is a little bit weird but also looks cool, can’t tell how the heck you put all the stuff there but it looks really nice

@Asriel
Head is actually pretty basic. A couple bits of Technic with one of those oddly half-legal axle-through-socket connections to connect the head itself. As for the legs, they’re even more basic. Literally just a balljoint off of the socket on the knee going to the hand socket in the Rahkshi head, allowing them to be really stable and for her to have posable knee armor.

I only have one word.

But that’s because she’s a freaky undead alien person. Their species caps out at six ears, but she’s only reached four at her current power.