based on a blue lobster 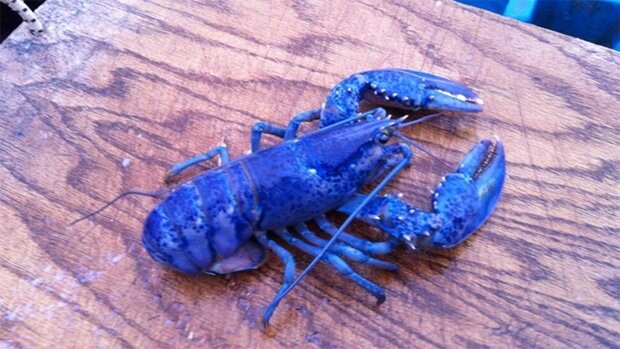 this rahi filter feeds on the bottom of the deep ocean in small groups and are very territorial and will attack other groups of BIG BLUES if they get to close to there territory. 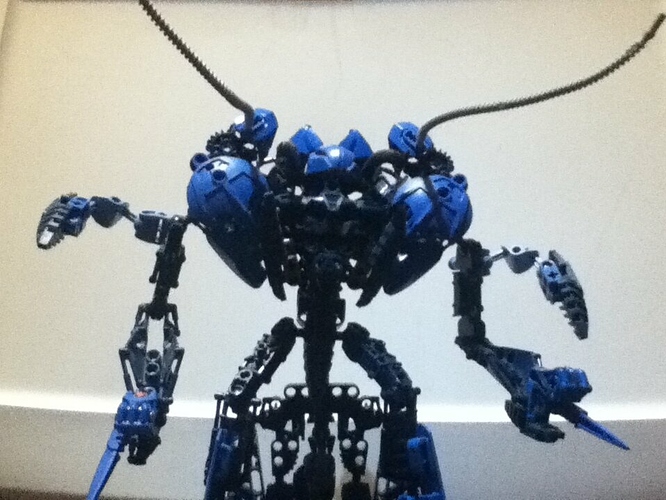 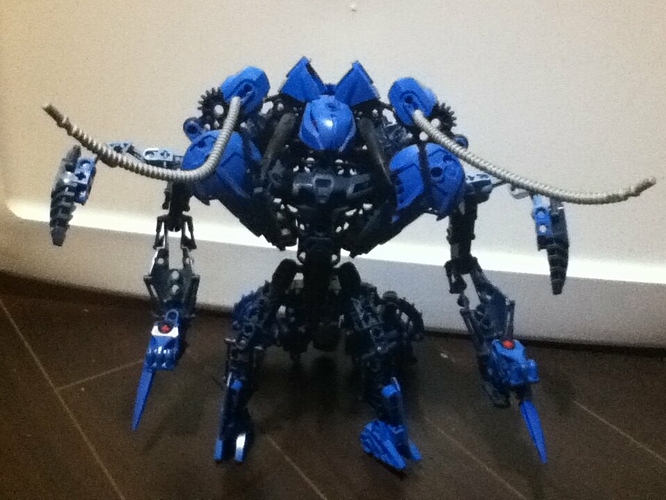 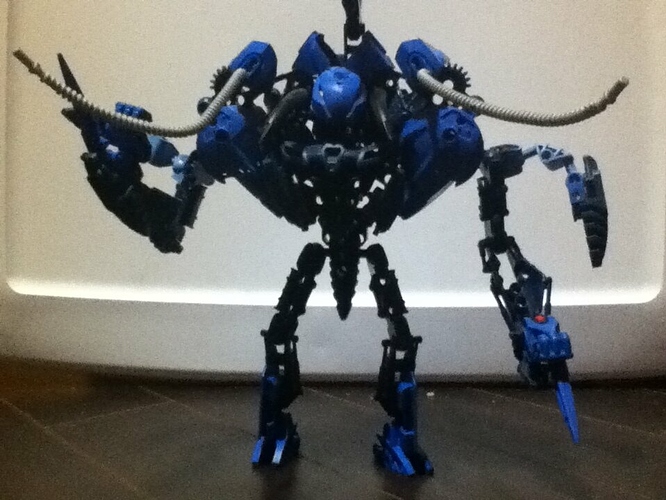 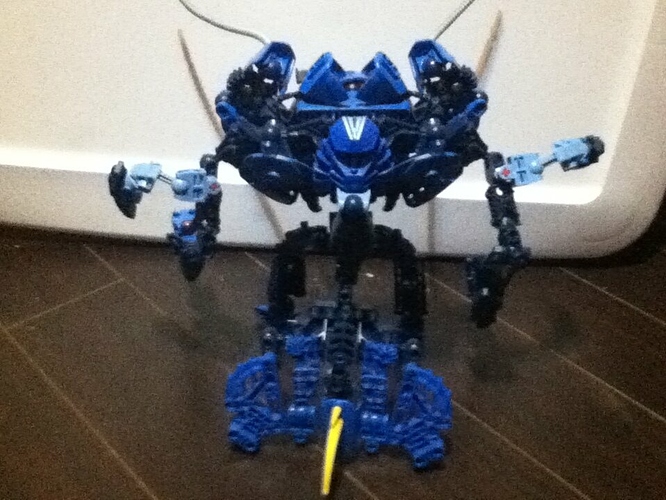 The actual MOC is ok. I like the contrast of having a huge upper torso and tiny legs. The claws could have been done a lot better, they look awful. Try using two swords connected by an axle to get the scissor effect. Take a look at Caraper. The whiskers are a nice touch, but aren’t on the face. It’d be better if they were under the nose or on top like Cahdok. The color scheme is actually ok, and shows your inspiration, just don’t use medium blue. Red pins are distracting, and it doesn’t need hands. The whole upper torso looks a bit messy. Try starting from a base, and adding on to it, without connecting balljoints. It’s hard to see from the pictures, but the tail looks interesting, but should be more apparent in the silhouette.

there are no claws I didn’t want to have a cleshay claw so I tried to make it more human like rather then lobster like. and I don’t have blue pins. the chest is like the gadunka build.

Aren’t these the equivalent of an albino to lobsters?

Neat MOC. Rather gappy though.

thanks I’m going to try and fill in gaps. but I want the really small legs

This is a pretty good MoC and I love the ideas behind it! I don’t see lobster MoCs that often.

Now, everybody sing along with me!
https://m.youtube.com/watch?v=0oB0PzlJF9U

Now, everybody sing along with me!

Can’t argue with that

I feel like the Mahri tubes should be a mustache instead.

But otherwise it’s pretty neat as a representation of a blue crab.