Yeah instead we got the beasts.

actualy there is one pro that the beasts have over the Stars.

their limb pieces are not brittle because they are a part of the CCBS system.

They also have articulation. I wasn’t saying they’re as bad as Stars, though. Just not the best sets.

They also have more articulation and they have functions/play value.

They also have articulation. I wasn’t saying they’re as bad as Stars, though. Just not the best sets.

its interesting when one think that the stars look better while the beasts are better built.

by that i mean that the stars, appearance wise looks better and had a more varied look to the different sets, unlike the beasts who sufferd the generic army builder design, thus sharing many of the same design choises with one another, rib chage armor, crystal pieces, beast masks and jaw, ovs.

I feel that my opinion on 2016 in general can be summed up as this: I liked it.

Really though, although I think the sets could be better, I liked the concept. Destructive beasts of elemental energy that can regenerate, but can also be defeated by destroying their masks, like the Bohrok almost.

I also like to think the Shadow Traps are a more compact form of the beasts.

In my own headcanon, the beasts were an attempt made by Umarak to build his own army to help hunt the Creatures. The Beast Masks and the beasts themselves were connected with unadulterated shadow at first. However, the beasts started to mix with Okoto’s six types of elemental energy, and Umarak couldn’t control them. He trapped them in a smaller, weaker body that resembled the beasts’ more powerful form at first, but then each “Shadow Trap” devolved into a single similar form. Even when the “Shadow Horde” was called upon by Umarak as the Destroyer, their form was combined with and weakened by their smaller form due to being Shadow Traps for so long.

But that’s just me.

Honestly, there was such a huge lack of presence for BIONICLE this year that it almost feels like it didn’t exist at all. Like, I liked the sets and appreciate them for what they were, but this year felt empty in terms of content.

I’d also like to mention that it was around this time in 2014 that the sets had just began popping up early (at substantial numbers), and we were all out hunting for them. 2015 will always be my favorite year of BIONICLE, and I’ll always look back at it fondly. It’s funny, but I have more nostalgia for 2015 than I ever did for any given separate G1 year, despite being a fan from the beginning.

I think it’s because the world wasn’t built up well, if at all. That’s the one real gripe I have about G2, not enough world-building and lore. Which is mostly why I just make my own.

But yeah, other than that, it’s kind of hard for me to look back at G2 and say it wasn’t good or enjoyable. Even the beasts, which made me angry at first, like really angry, weren’t as bad to me, especially when JtO built them up a little.

I think it’s because the world wasn’t built up well, if at all. That’s the one real gripe I have about G2, not enough world-building and lore. Which is mostly why I just make my own

Pretty much. Windham was the saving grace for G2. He put time into doing the necessary world building, and then LEGO would just come in and retcon lore he established because they’re not careful enough to look at what he added and make sure to adjust story details accordingly. Honestly, it’s like Bethesda Fallout vs Obsidian Fallout. Sure, Bethesda can make good overworlds and LEGO can make good sets, we know that. Obsidian on the other hand can make interesting characters and places that interconnect on a human and narrative level, so can Windham/Greg/any writer that’s allowed to create a world. What’s needed is teamwork and communication from both in order to make something solid on both angles.

I really wish the main form of content for BIONICLE G2 had been comics that could be viewed online and were forced into the club magazine. It’s essentially an advertisement trap. What kid isn’t going to read a free comic he gets with his magazine subscription? In fact, they could have promoted free first issues in stores, by making a deal where employees at toysrus would HAVE to put it in every shopping bag. The best way to get people invested in a toy is a story with a hook, the best way to get people to get hooked is to give them that story for free. If it has the right depth and character arcs, then it’ll work.

Yeah, but even at that, I feel that G2 at least inspired fans to make their own versions. I just wish they expanded on the world, and even the characters. I think the characters could’ve been more dynamic and complex, and the island could’ve had interesting locations. With the concept art and Betteker’s art in mind, I think Okoto could’ve done better with locations like those. Even expanding on different villages could’ve helped.

I mean, another headcanon of mine involved the skull concepts and how there were more variations on the island instead of just the skull warriors and scorpios. So. Much. Potential.

Like the Skull Warrior with the cannon or the one with the claw gauntlets could be special warriors, or the “Skull Crusher” or the Orange Basher concept could be horde enemies. Skull Warlock, Skull Berserker, the Voodoo Brothers, even a final confrontation with Kulta Kal in a Shadow of the Colossus fashion would be so cool!

“oh golly oh gee i sure am glad LEGO brought back bionicle, I sure hope they don’t cancel it” 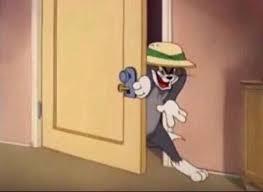 I don’t know if I ever gave my thoughts on Bionicle’s cancellation, but it disappointed me. A lot. It was a breath of life from the blandness of HF, but with the way they handled the line, it’s like they wanted it to fail.

At least they put the line out there. I’d say it’s less of a disappointment and more of a curveball.

Though, I think I’m a bit too flexible with my opinions.

When you put it that way… what if this was done by LEGO to shut us up on wanting a return and cancel it quickly in spite.

Lego just returned G2 so they could cancel it again so we wouldn’t ask them again. And it sorta worked.

Lego is a business it doesn’t work that way. Lego would not bring back a whole theme just to silence a bitter minority (a very small minority). The only reason they would have had for bringing Bionicle back would be that they saw it as a viable business opportunity for the constraction area, especially thanks to Bionicle’s booming popularity and they needed something to fill the hole that would be left after hero factory ended

Or, alternatively, they needed a guinea pig to test the new CCBS on before using it to make Star Wars constraction.

The thought had crossed my mind, though now I see more sense in now that it was set in writing; you’re probably right.

Hasn’t hero factory been doing that for 5 years. Why cancel it if your going to replace it with another test line.

Again, even if Bionicle was a test line or to pander to us for a bit, I’m still glad it happened. It doesn’t really make me like it less.

You know, the PR people said that they’d be updating the Facebook page every month with BIONICLE stuff up until the end of the year. Liars. Never trust PR.

If Agil was a full-sized creature set 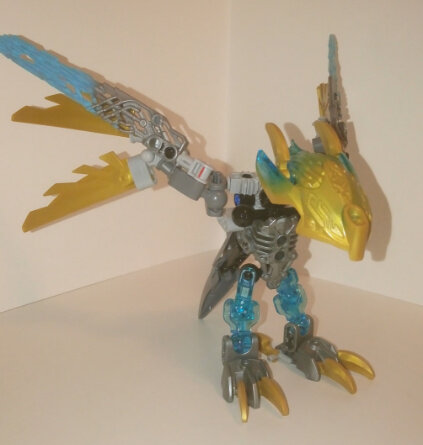 I have to say I prefer tiny Agil.