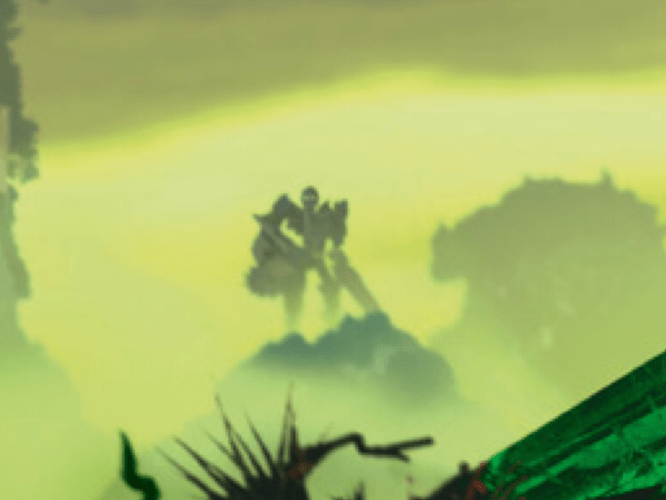 I’m glad that they had that original Hau that we saw back in 2014 in the book. It means we’ve come full circle now.

We see Kopaka in melum’s pic too, and they’re in the exact same pose just flipped 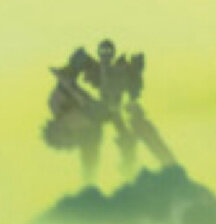 The stud shooter thing is kinda like the brainstock case… except I was able to remove my Mata head brainstock. What’s up with Tahu in the first picture though? or is it Onua? I can’t tell but whoever it is for some reason they have giant mantis hands and mantis feet for shoulders…

Also I went to Toys R Us to buy a Ninjago set and the Bionicle section actually didn’t have much. Just a Lewa and Gali 2015 and an Akida. Couldn’t take a pic because I didn’t bring my phone with me. Also I found Chima sets from 2013-2015 and TMNT sets there… wow…

It’s probably Onua because the pose of it is exactly the same in the second and fourth pictures, both of which clearly resemble Onua Uniter.

So yeah, I suppose at some point they considered an upgraded version of Onua Master’s shovels.

I don’t know why, but the silhouette of the Pakari in those photos reminds me of Furno’s helmet. And the Kopaka with the green backdrop looks like Hahli Inika with a saw.

We see Kopaka in melum’s pic too, and they’re in the exact same pose just flipped

Maybe its Kopaka, but its definitely an earlier version if thats the case based more on G1. He has a sword and while he has the arm cannon weapon of Kopaka he aslo has a shield in the form of a saw (Later a gimmick used for Ekimu)

Oh yeah here’s another one that I meant to put in my earlier post: 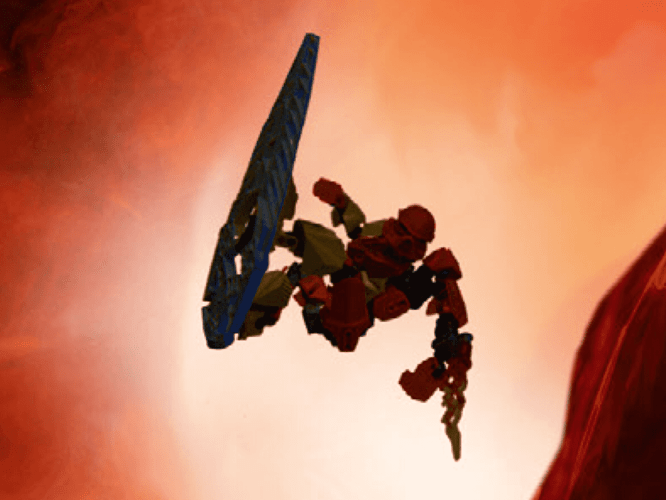 image.png2048×1536 669 KB
I think it’s cool they actually used Lhikans swords in the prototype.
Also this is around the same look they had in this preliminary artwork: 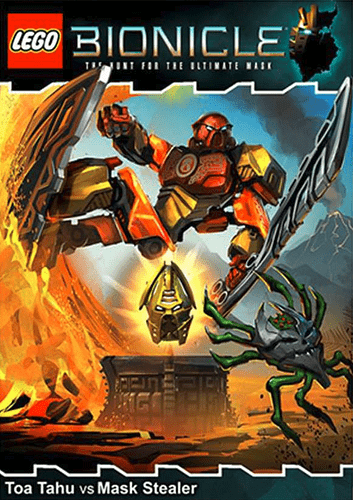 Is that Takutanuva’s mask? I’ve never seen that art before. But I wish they did the function of putting the swords together to make a lava board like they did with Lhikan instead of having a random piece sticking out of the bottom of one sword. Other than that I liked them. is that preliminary art supposed to be for a prototype book or something? Where’d it come from? 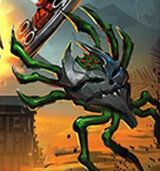 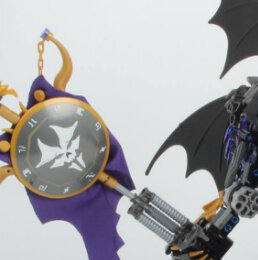 I kinda wish they kept that symbol in some of the designs…would really drive home the point that Makuta is everywhere, in everything, watching…

Would you mind describing how? I’ve been trying to do that since January of 2015.

The spear in one hand and the flail in the other as separate weapons.

See, that would be really practical in battle, contrasted against what he actually got. That said, a combined spear/flail does look more intimidating.

, the step 3 is pushing the yellow thing with something from the back so it comes out

Hey guys, The Dark Portal Episode Summary is back on the BIONICLE website.
In ENGLISH this time!

Uh Lego you forgot the ending. The kiddies who watch this will now be waiting for an ending that will not happen.

Uh Lego you forgot the ending. The kiddies who watch this will now be waiting for an ending that will not happen.

Netflix probably wants the ending only to be on watchable through their service.

These are probably some of the last things we’ll get from Bionicle.

These are probably some of the last things we’ll get from Bionicle.

Great. Awesome. Let’s keep it that way. Thank god they should be out of crap to update the website with by this point.

Netflix probably wants the ending only to be on watchable through their service.

Yeah so people can go to Netflix and be disappointed beyond their wildest dreams.

Man it really sucks only having the Star Wars buildable figures to look forward to now. I for one liked, and still like, G2 more than G1. So it’s a shame to not be getting any more masks or sets for the G2 system.

I really like these, they give off the same mysterious vibe as G1 did

Did Ekimu ever had a sword? Source or picture??