This Slolu Toa of Air. He is also from that old story line i had a while back. i actually made him before but i decided to re imagine him in a G2 version of himself.
He is also a WIP i ran out of parts to add the back armor i wanted to give him(just like Necron).
I didn’t really have a vision for this guy i just needed a toa of air so i built one.
By the way that thing on his arms is suppose to be a shield like thing that turns into a pair of wings in the story, haven’t figured out a way for them to turn into wings in the actual MOC yet though.

any way here are the Picture’s i took of this guy. 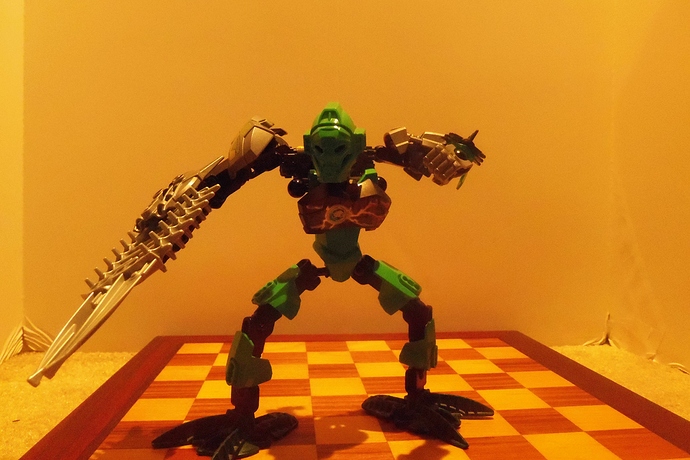 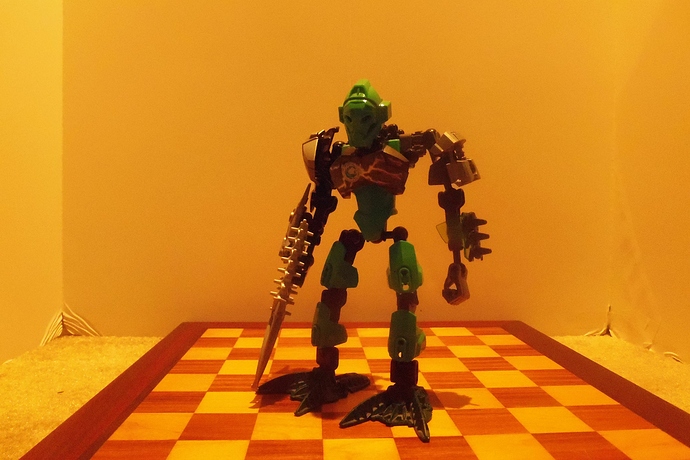 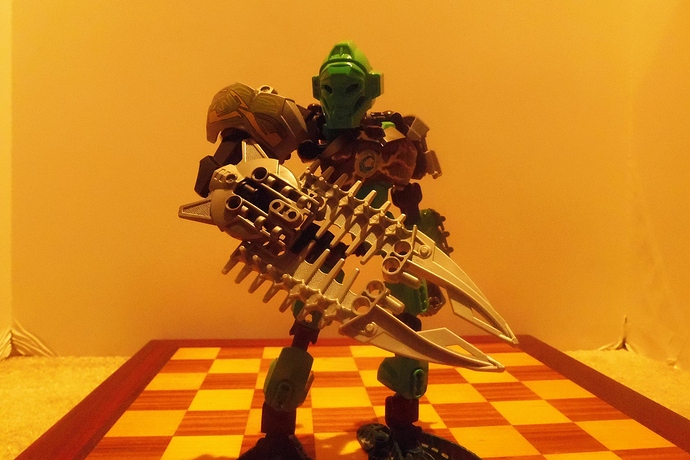 Well I have change this Character quite a bit. It is now a female Toa of Jungle. I wanted to make her knight like and stuff. Did I succeed in that?

Anyways she was a normal Jungle villager but got lost in the earth region, and was raised by earth Villagers. because of this she isn’t like other Jungle toa.

She is more formal and wiser then most of the more care free and wild jungle villagers. 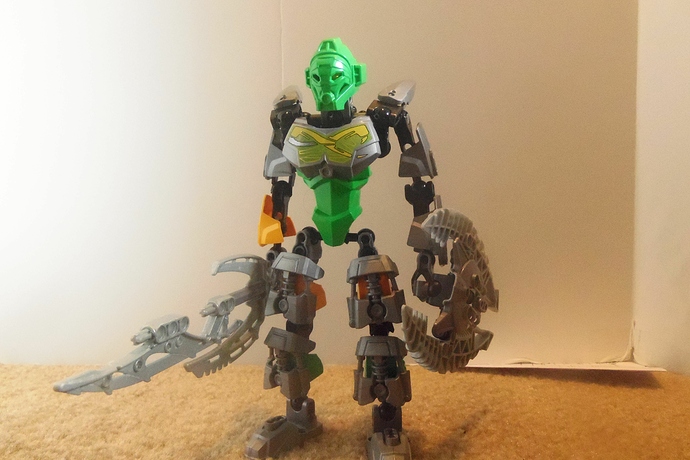 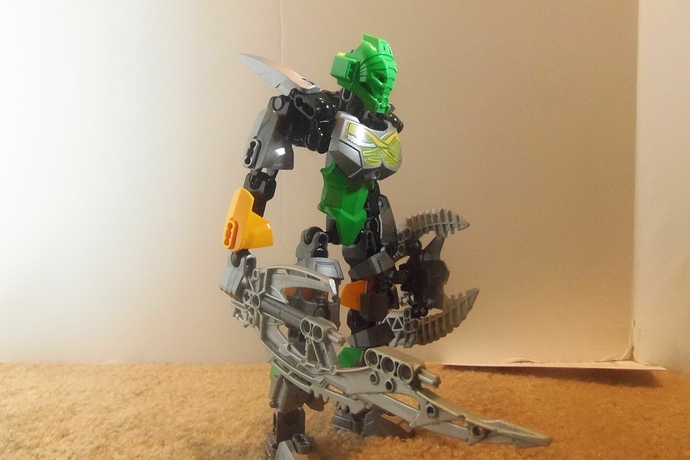 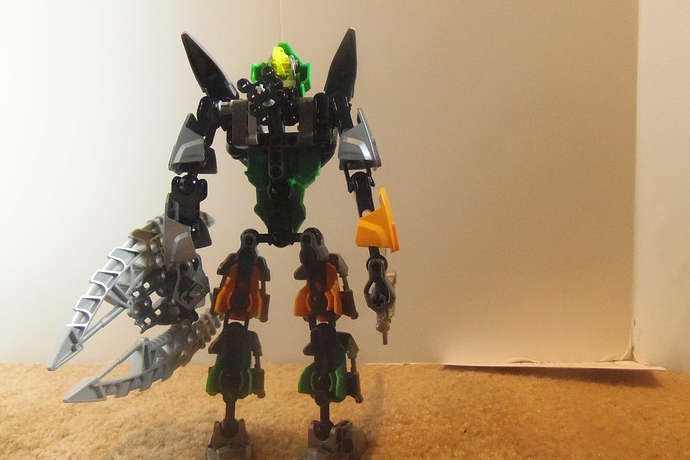 I am still working on her back a little. 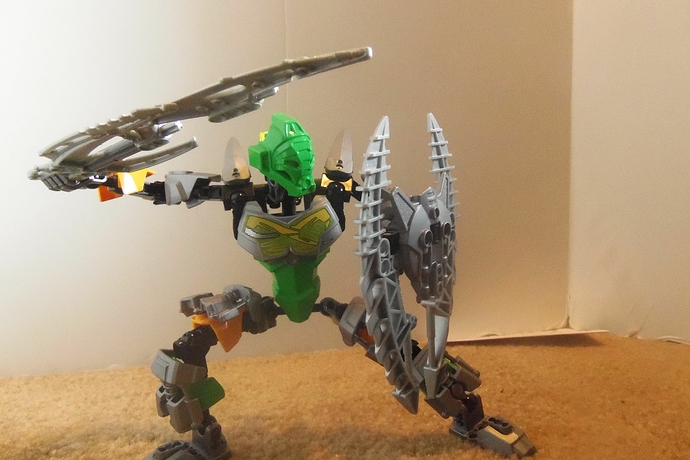 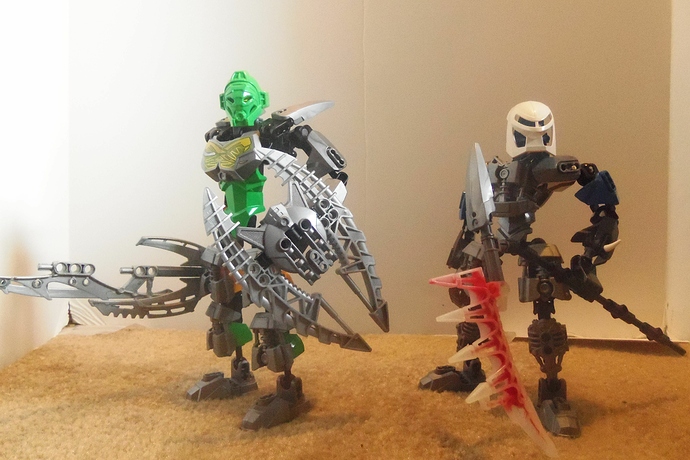 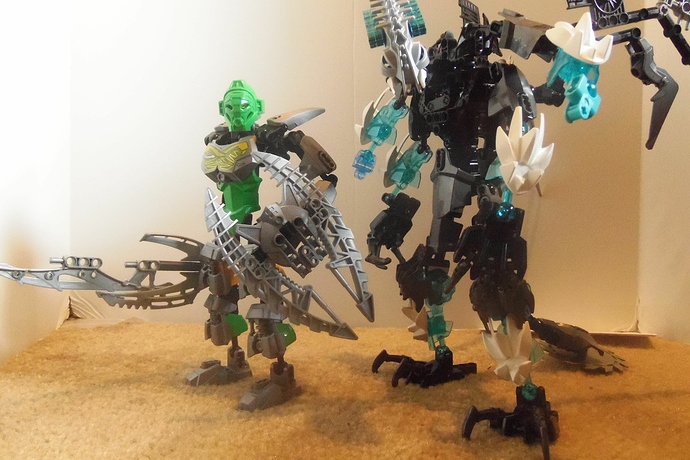 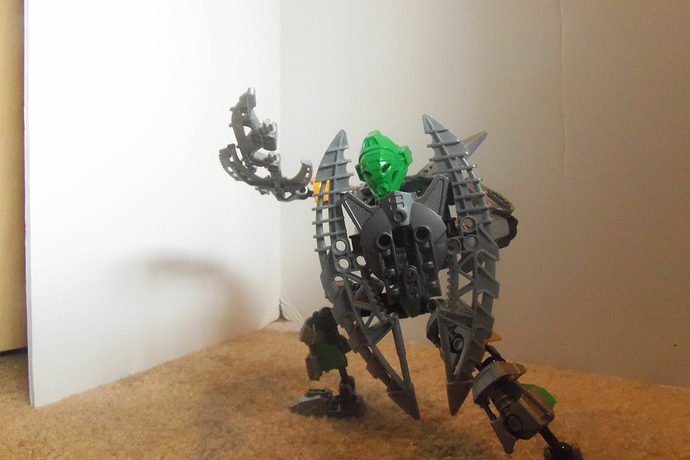 Well let me know what you guys think.

I really like the weapons. Not sure about anything else yet though.

looks pretty cool, but a bit too much like Lewa

Too much Lewa. The legs look too bulky in comparison to the body and arms IMO

Eh, not a fan. Feels a bit like a glorified Lewa.

It’s Lewa with a lovely shield, but that’s it. It isn’t anything special.