Woo good thing I recently revamped one of my old hf Mocs so I might sign up.

Edit: once I get my computer to work I’ll post some pics of my Mocs, but for now I’ll moc up a simpler version,

I’m working on a MOC that I’ll use for this. So I will sign up soon.

Do the villains have to have been created in the villain factory or could they also be escapees like the other villains from Breakout?

They can be both

Sounds good. I was gonna wait until I had a moc done, but I’ll go ahead and sign up

Name: Prof. Gregor Kafkevahn
Faction: Villain
Appearance:
Shorter and physically weaker than the average villain. Wears a dark colored suit and a helmet that resembles the head of a horned creature.
Weapons:

Personality:
Brilliant but incredibly cocky. Gets easily irritated when he loses control of the situation.

I would sign, up, but I don’t know much about the Hero Factory story, so I’ll pass.

Character is approved, welcome to the crew!

Name: lake
Appearance:white, black and green
Weapon: 2 plasma swords one metal sword
Personality: I can’t write down aspects of a personality to save my life, but you’ll get an idea of it in action.
(Hope you’re okay with that.)
All I can say for a fact is that he is extremely stubborn
Side:heroes
Special notes: member of the hero recon team in turn he’s pretty good at doing recon.
Mannerisms: tends to stutter when relaying information, can be clumsy at times, can sometimes get panicked easily in close range combat.
Model:2.0
Gender:male

would sign, up, but I don’t know much about the Hero Factory story, so I’ll pass.

There’s not a whole lot to know besides the premise: There’s a factory that builds heroes.

The plot for this RP comes from the Breakout wave, where the main villain of the wave sent plans for the Hero Factory to an unknown individual. This RP follows up on that by having that individual building a Villain Factory. (Most villains otherwise are just random indviduals, not built in a factory)

The plot for this RP comes from the Breakout wave, where the main villain of the wave sent plans for the Hero Factory to an unknown individual. This RP follows up on that by having that individual building a Villain Factory. (Most villains otherwise are just random indviduals, not built in a factory)

Appearance: Steven Cross was originally comprised of two heroes, who were fused together haphazardly. He is purple and red, with his left side being more red with purple highlights, and his right side being more purple with red highlights. He has two heads (One has a purple version of Thunder’s helmet, and the other a red version of Stringer’s helmet), and an extra arm coming out from his back. Some of his armor shells are only partially painted, and aren’t painted at all. He’s about as tall as a standard hero, but is a bit wider.

Weapons: Crosser carries a set of double ended swords. A blaster is attached to his third arm.

Backstory: One day, heroes were being manufactured as per usual. However, somehow (perhaps a villain raided the factory, or there was some kind of shipping mistake, idk), two unfinished heroes ended up in hands of the villains. The villains forcefully merged the two robots, and corrupted the heroes, turning them into one evil monster.

Personality: Crosser is extremely bitter, and has a hatred towards everything in the world. His goal in life is to make heroes feel the same pain that he did when he was crated. His two heads share a mind, but is able to say two things at once, since he has two mouths. He also sometimes uses both of his mouths when speaking, to make himself louder. His voice is cold hollow, and scratchy, due to damaged internal systems. Also, since he was created haphazardly, and he isn’t in good condition, he occasionally performs involuntary movements. His memory isn’t always very good either.

I tried to make Crosser’s backstory unique, but as I don’t know much about Hero Factory, it’s possible that a similar thing has already been done. 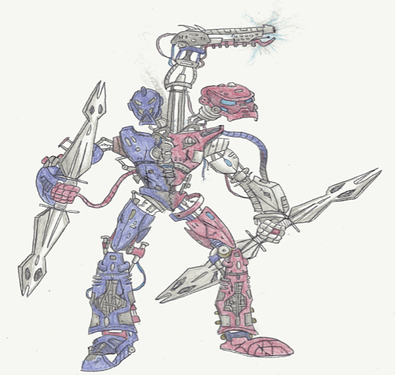 This is absolutely nothing like anything in the story proper.

Like, Breakout is the closest the Villains ever came to taking over the factory. The main villain of the wave staged a breakout of the prisons in the factory, and took over the factory while the heroes were trying to rope them all back in.

So this is very unique.

Unique in a good way, or is it too outlandish?

In a good way. Blank Heroes exist, so this isn’t that much of a stretch.

I’ve decided I’ll join as well. Also, I would like to have multiple characters, but I’ll just do the one for now. 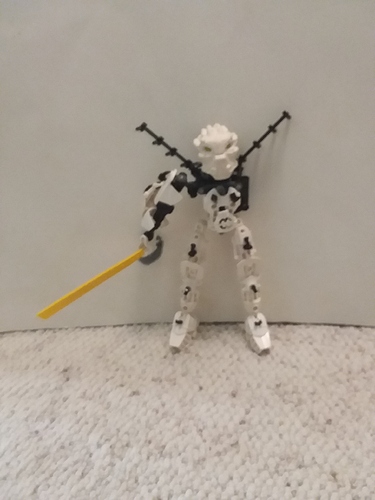 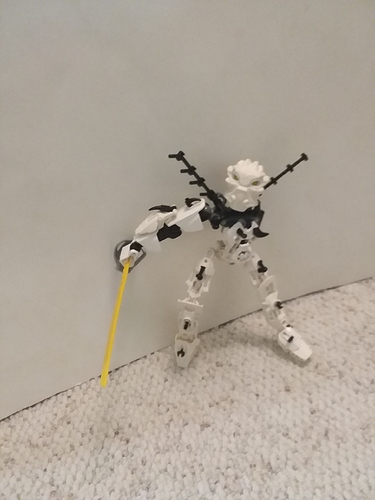 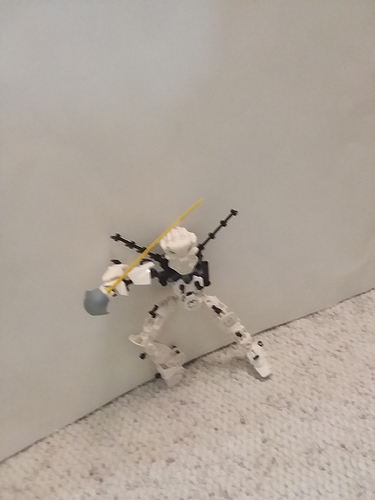 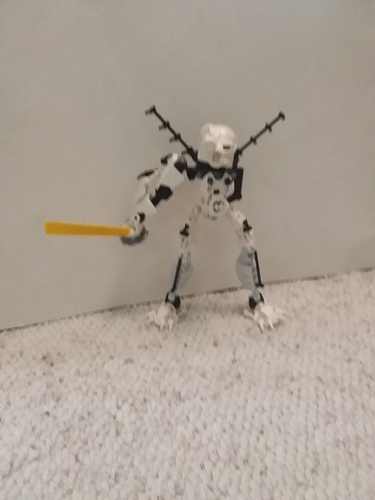 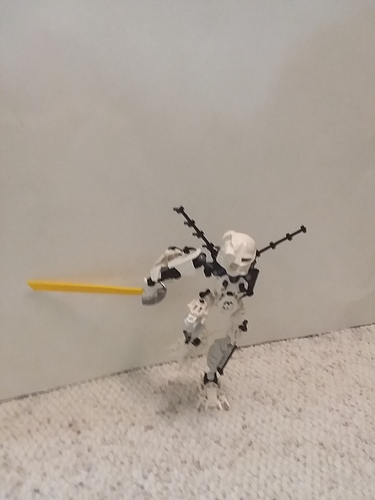 Personality: Jake is a gritty, determined character who believes the villains should be killed instead of imprisoned. He can be a jerk at times and tends to put others in harm’s way if it means the mission is completed. His primary goal is to sabotage the villain factory and eventually destroy it. He lost an arm to black phantom during the breakout and wants to personally take him out.
Mission: he is currently on a mission to infiltrate villain factory and destroy it from the inside out ( if it’s all right with our lovely GM he might already be in villain factory ; )
Abilities: he can create holograms that are very convincing. He uses this ability to change his appearance so he can blend in with crowds and also with the villains. He can also change his voice.

@Cordax can you let me know a few hours in advance when you start this? I’m working on a MOC that will be my character, but I’m not sure how long it’ll end up taking; so if you’re about to start I’ll just give a description for the appearance.

Well, now that there’s five players mind if drop in another character?

Personality:
When he’s not the powerful Storm Front, Jolt tries his best to avoid the spotlight. Always aiming to be just average so no one would suspect anything when he’s not present.
As he dons the Super Hero Core, Jolt showcases his heroic side. Charismatic, willing to put his life on the line, and will go the next mile to serve justice.