It may be a little too early to start posting the entries for the Biomechanical dinosaur contest, but anyway, I’d like to share my entry for the small cathegory. 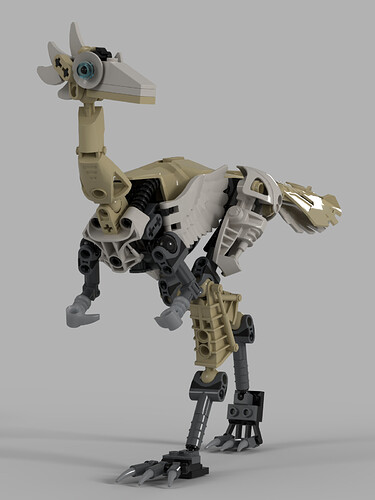 Silvaures (pronounced as in spanish) are small-sized biped creatures that measure around 5 glatorian feet (6 1/2 agori feet) long and 2 1/2 glatorian feet (3 1/2 agori feet) tall to the hips. They have black skin and white feathers that cover most of their body, except for their feet, arms and belly, which are covered with gray scales. Additionaly, they are enhanced with mechanic tan and white armour that protects their legs, neck, chest, back and tail; giving them a little more protection against predators. They are almost 100% insectivorous, with a tiny fraction of their diet being composed of small lizards, vegetables and fruits that fall from the trees. 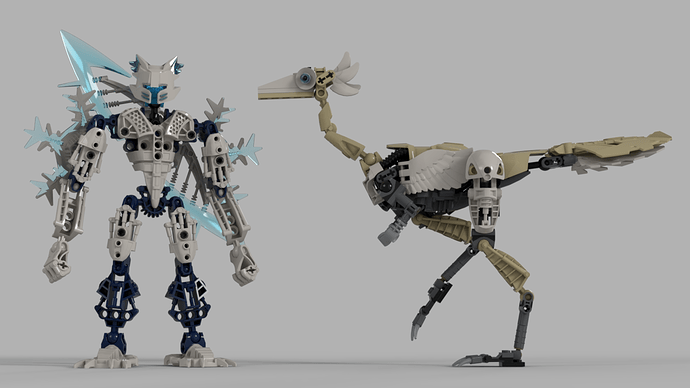 Silvaure size1280×720 358 KB
Silvaure next to a standard Glatorian for scale.

The name Silvaure is an agori word that means “the ears of the forest”, because around their eyes they have concave metallic disks, that collect and redirect sound waves to their ears, giving them superb hearing abilities. Silvaures use their ears to detect insects hiding inside the tree barks or nests, which they open using their characteristic tiny arms. Although they are small and lack elbow articulation, they are very strong and end in a single, sharp and resistant metallic claw, with which they open the hideouts of their prey. Then, they use a long, flexible and sticky organic tongue to capture the bugs.

Their sensitive hearing also alerts them of possible predators. At the minimum sound that might represent danger, Silvaures use their long, muscular, and biomechanically enhanced legs to run away from their predators at great speed. Therefore, to hunt them, predators must be extremely quiet and stealthy, or fast enough to chase them down. Vorox tribes use simple traps, mostly nets and hidden holes in the ground next to insect nests. The Vorox feed on their meat, use their feathers as decoration, and/or take their metallic armor pieces to enhance themselves. 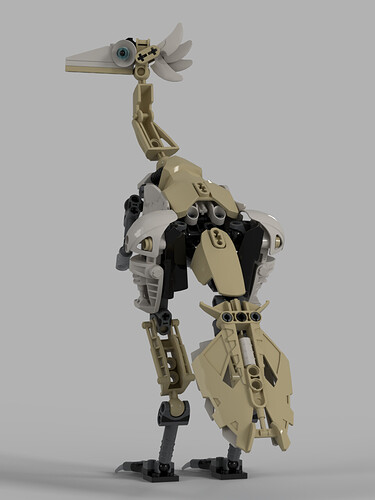 They are solitary creatures, and only gather during mating season. In this season, males sing elaborate high pitched chants that only other Silvaures can hear. This can attract an interested female, or another male Silvaure, which may fight the former male for his territory, or might actually try to mate. Once his possible mate has arrived, the Silvaure that made the call will perform an elaborate dance, showing off his tail by spreading his long caudal feathers over the metallic armor that covers them. If the partner is impressed by what she (or he) sees, they will copulate for a week, after which they will break away to never see each other again. Females lay a single large egg, and will incubate it for two months. The chicks hatch from their eggs able to walk and hunt, though they will depend on their mothers for one year. The mother will teach the young Silvaure where to look for food, how to open insect hideaways and how to detect potential predators. Once its first year has concluded, she will reject her offfspring, and it will have to fend for itself. 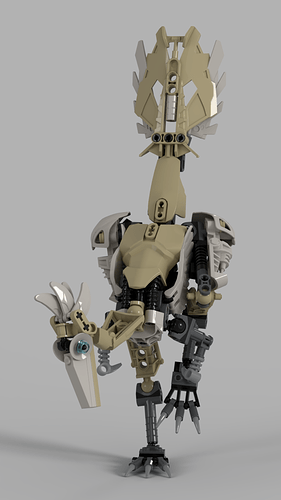 Due to their very slow reproductive rate and their shy and solitary behaviour, it is vary rare to see Silvaures in the wild, and in some regions, overhunting by Vorox tribes has driven them to extinction. Some tribes however, consider them sacred creatures, as they are perceived as the souls of dead warriors, and have forbidden their hunting. Many Zesk tribes breed Silvaures to use them as steeds to travel between villages and to defend against Vorox invaders, using thier back metallic plates as saddles. Moreover, some Zesks have trained them to work as guards, emitting a low pitched whistle when they hear an intruder. 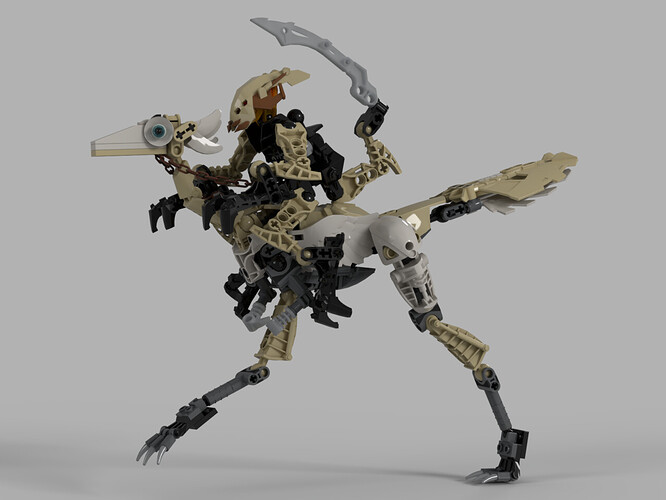 To summarize, Silvaures are shy and solitary glatorian-sized insectivores with enhanced hearing and speed.

I was inspired on the family of theropod dinosaurs known as Alvarezsauridae, particularly on the interpretation of Mononykus olecranus shown in the docuseries Prehistoric Planet on Apple TV. The name Silvaure is based on the latin words for forest (silva) and ear (aure).

Ah this moc looks really good! I quite like the parts usage and the lore is awesome!

looks great! but the lack of a mouth bothers me…