I was always disappointed when we only got vehicles for the Fire, water, and Iron tribes. So, I made a Jungle tribe vehicle.

Help Vastus and the Le-Matoran defend Tesara against the vicious Visorak! 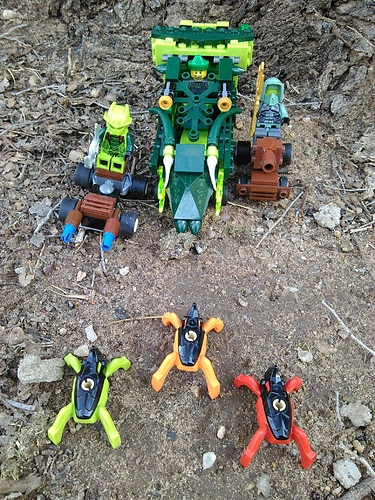 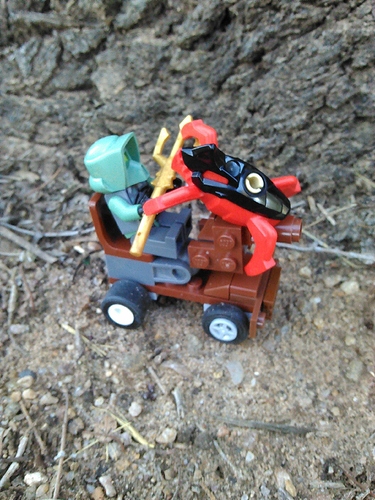 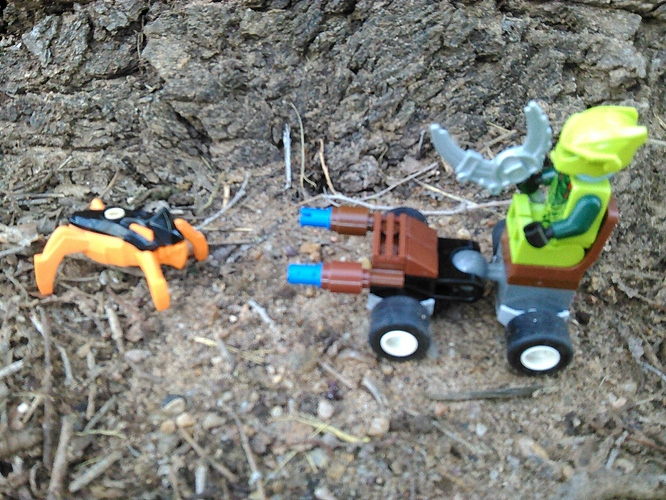 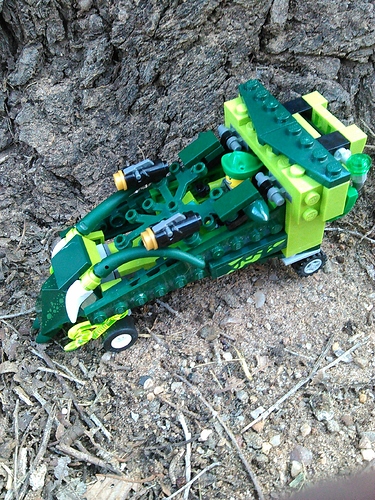 If the Visorak get too close, fight back with Vastus’s Venom Talon, stored on the back of his vehicle. 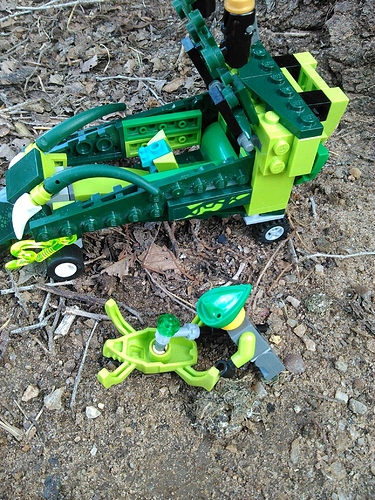 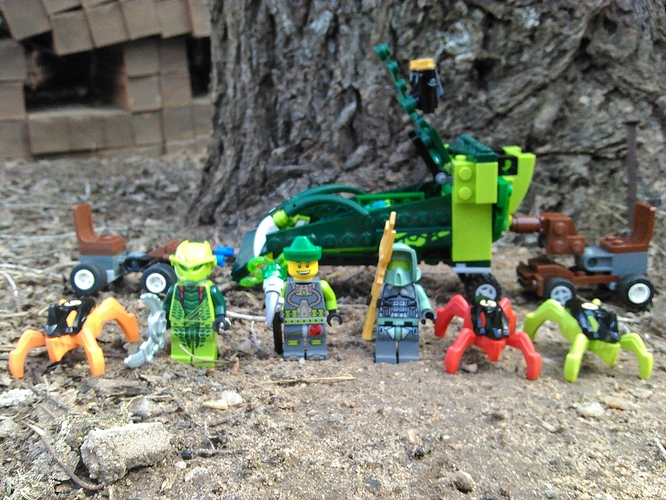 That’s that! As always, any comments, criticisms, critiques, or cobras are welcome.

I like that you used the creatures from that last series of hero factory as the Visorak. The visible pins on them makes sense as the launch-able disk.

The entire venom striker looks good, particularly the upper back of the design. It looks smooth, aesthetically pleasing, and practical on an actual vehicle. Is there a reason for the odd grey wheels as opposed to white in some places. It’s not a problem if there isn’t, really.

Quite the inventive MOC.

This looks good, but I’m not quite sure what it’s supposed to be.

Everything is a little too blocky for me, but I like the general idea and aesthetic it has.

Hero Factory beings work well as Visorak and i could see Lego using them with a few minor changes rather than re-releasing the older versions.

Figures are a little odd, primarily the middle figure, though the weapons all feel like they could work with a Bionicle set.

The builds themselves i’m unsure of. Would have honestly chosen to make something for the Visorak to swarm out of instead of providing more vehicles. Vehicles with Bionicle has always been something that never really fit well with the asthetic in my view, but i suppose it works. Just think in terms of playability i would have just had one vehicle and one small place for the Visorak to be attacking or swarming from.

The defense carts need more flare to them; they don’t look like they could do much against a Visorak horde

The visible pins on them makes sense as the launch-able disk.

Huh, I hadn’t even realized that, but you’re right.

I used whatever wheels I could find.

not quite sure what it’s supposed to be.

A vehicle made to look like a snake head and some kibble.

Everything is a little too blocky for me, but I like the general idea and aesthetic it has.

Such is the case with system. Thanks though.

with a few minor changes rather than re-releasing the older versions.

Probably at least recolors and custom shells, would be cool if we got recolored pins to represent the spinners.

Figures are a little odd, primarily the middle figure,

You mean Vastus?
He’s the only one I used a human head for, since he’s a Glatorian, though I do like the hat thing on him.
As for the other two: Boreas is rather tribal, like Mata Nui, while Orkahm is more technological, like Metru Nui.

though the weapons all feel like they could work with a Bionicle set.

Well, one of them already is from a Bionicle set. Vastus just has a scythe, nothing fancy, so that’s easy to replicate, unlike, say, Gelu’s ice slicer.

I don’t build landscape as well, plus I already had the two carts.

But yeah, my plan is to make some kind of scene for my second entry.

Well, they’re really assistants while the venom striker is the main fighter.

I like the venom striker, but the carts leave much to be desired. In the end, It’s a fun set.