The Morbuzakh is attacking matoran all over the city of Metru Nui. Only the Toa Metru can find the great disks and destroy the king root and save the city. But the fight will be tough for you don’t find the Morbuzakh, it finds you… 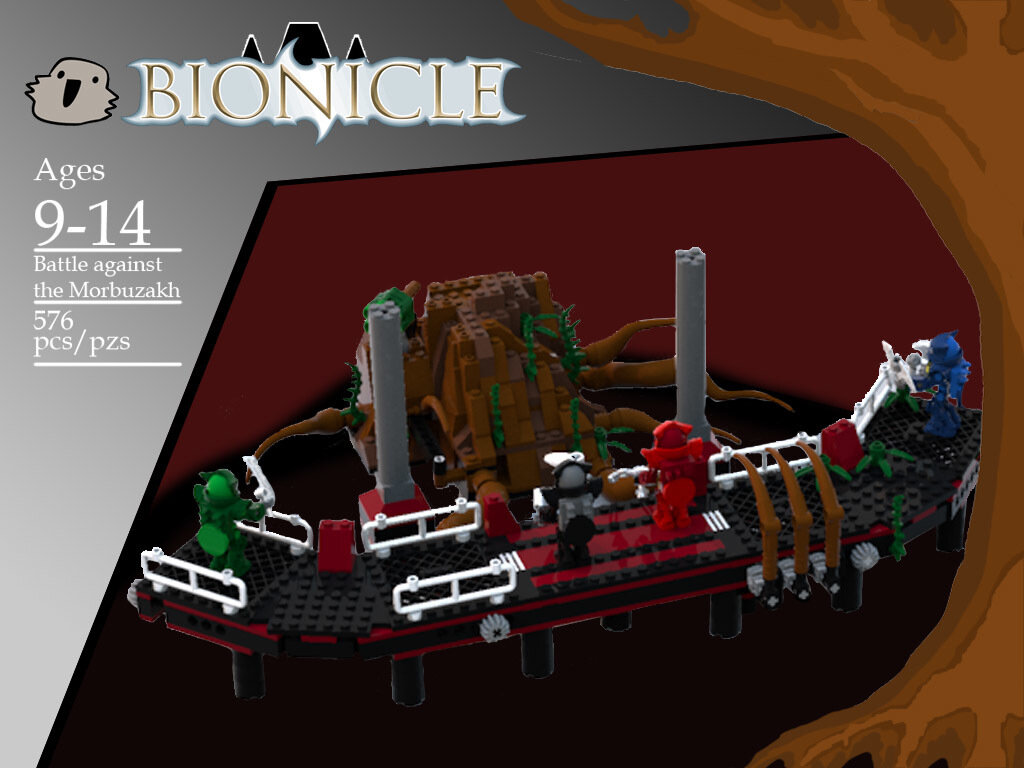 Name: Battle Against the Morbuzakh 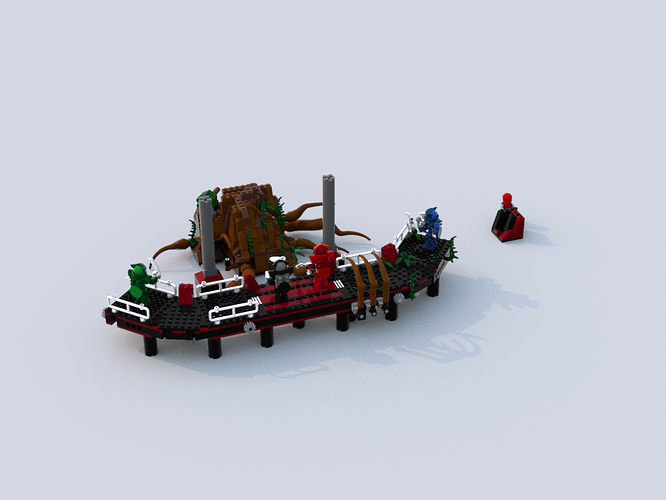 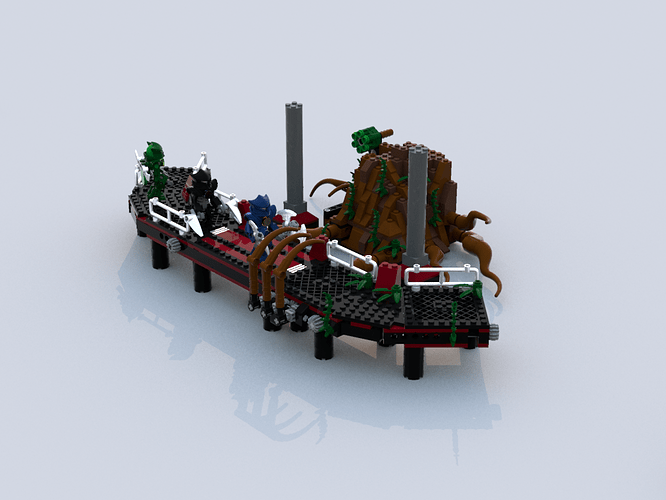 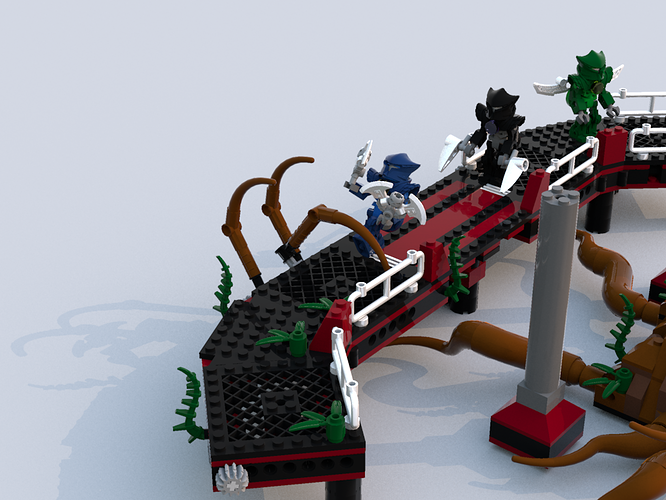 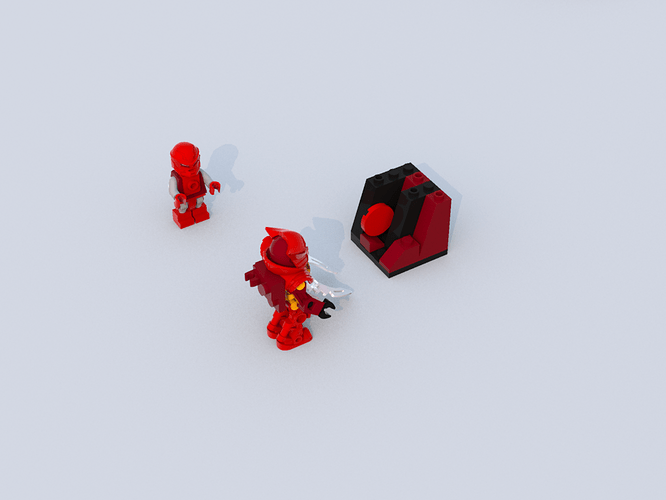 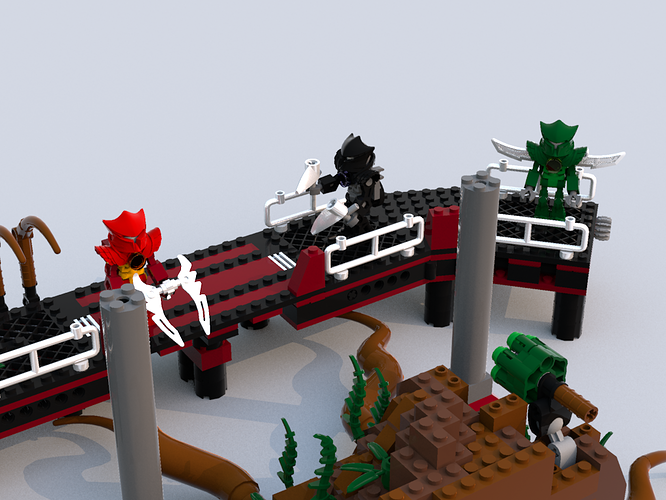 Vakama retrieves the disk and joins the fight 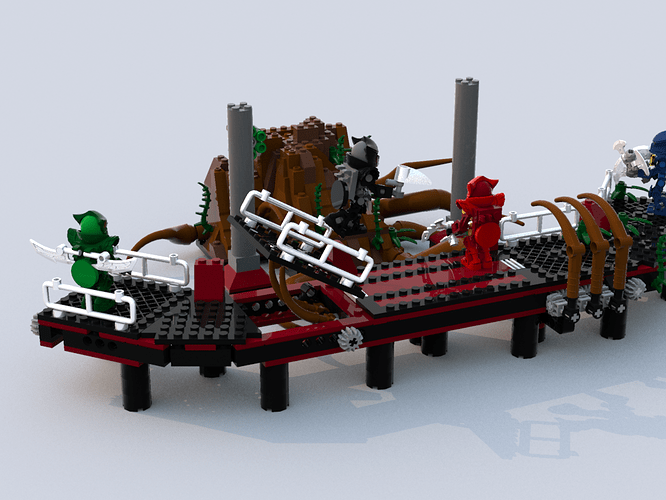 Use the gear on the side to attack Whenua from below 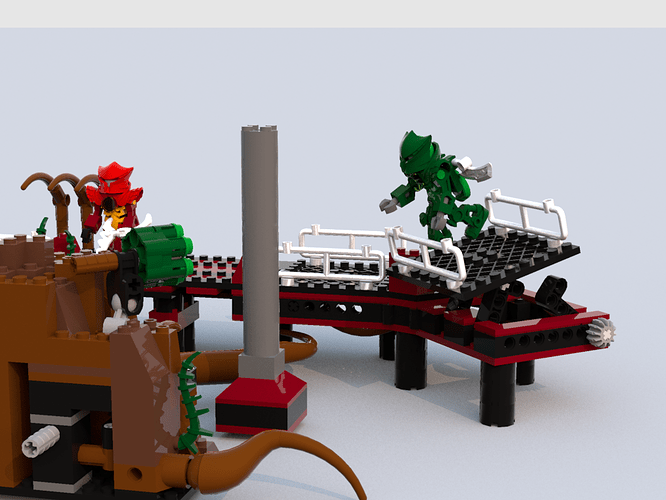 Use the gear to launch Matau at the King root, stop him using the seed launcher 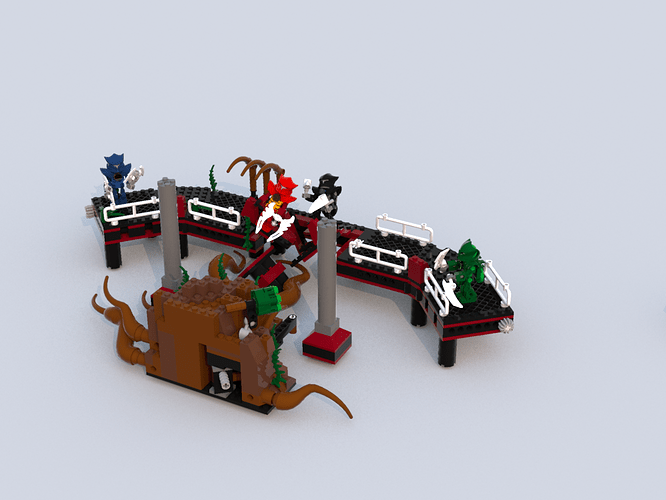 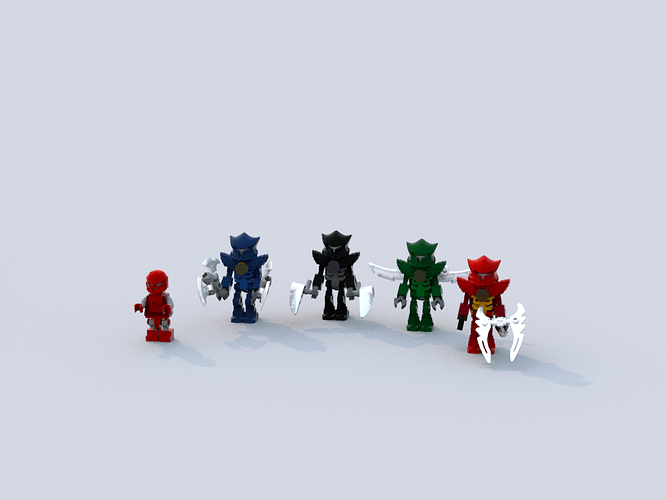 The minifigs, these would all need new mask pieces and weapon pieces but the connecting mechanism and disk connectors would likely remain the same. The minifigures were partially designed off the sets and partially off the movie models (especially Vakama).

Comments and criticism are always welcome.
This is my second entry in the Brickonicle contest which you can find here: I’m a link, Click me!

All jokes aside I really like this and it invokes a sense of nostalgia within me. I love it.

That topic is pinned. Anyone who hasn’t seen it is blind as a bat.

The set is cool though. I love the recreation of that classic animation with the Morbuzahk on the Ta-Metru walkway.

I like the idea and what you have looks cool, but I feel like it could benefit from being a bigger set. It feels weird not seeing all six Metru in the set, and my memories of the King Root as towering over the Toa from floor to ceiling make me think that it should be a bit taller.

Anyone who hasn’t seen it is blind as a bat.

Don’t you mean a Makuta?

@jayzor17 I know the size of the root isn’t massive and the lack of Nuju and Onewa but I didn’t want to inflate the set cost further, I tried to represent the size with scattering vines around the set. In the end I don’t think it should be a system wave finale, more a mid year finale with Dume being a finale so that’s why it isn’t massive.

I get the comparison but Makuta are far from blind.

I really like the major focus on action features. The set looks great too!

The build is fantastic, but honestly the best part of this is the Exx face as the LEGO logo…

The morbuza returns once more. The only thing I don’t like is that everyone has the same mask.

Nice to see more recreations of scenes from the 04’ story. I like the look of the Morbuzakh and how he can knock over the platform.

@Xevins the 08’ ones are.
@PakariNation99 Thanks, I was wondering if anyone was going to point it out.
@Zero That’s something I talked about in the section about minifigures, a TL;DR: new pieces for masks and weapons, I just chose those masks because they swivel up.
@Stoax Thanks, I actually built the set around that as the main function, I’m considering a few more 04’ builds but I’m not sure if I have time for another submission.

Not all of them.

I love the build, although the vines turned by the gears feel like they should be connected to some other brown.

Also, I like that Matau’s dual weapon function is implemented.

Thanks, I tried to implement as many as possible but the current lego pieces make that really difficult on a mini fig scale.
That’s a good point, maybe a brown or green would be better, plus it would make sense colour scheme wise.

This looks amazing! And seeing as this is based off of the climax of the only Bionicle book I’ve actually read, I think it works very well for what its based on. I love the design of the toa.

Wow, this is really good! That disk-launcher is amazing!

@darkbrick999 @MaximusPrime
Thanks, I tried implementing the dual features and getting pieces that looked just right, sadly no working disk launcher but perhaps a future lego set will give us those pieces.