Well, here is my entry for the contest. I had something else planned to enter with but I just had no time finishing it. All I can say is that it was supposed to be the Control Maze Underground Base (where the MoCr was hidden inside the crystals).

BUT WAIT… That’s not all, stick around this post to see what’s coming next. 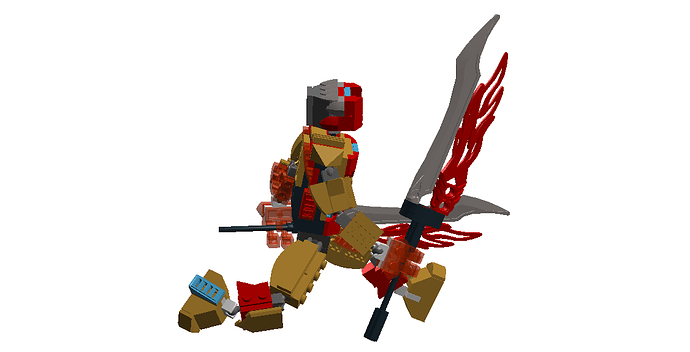 Tahu has all basic points of articulation and even the waste can rotate because it’s clipped with that flat plate 2x2 that has a pin on it and the torso is connected all because it has the 1x2 brick w. hole. 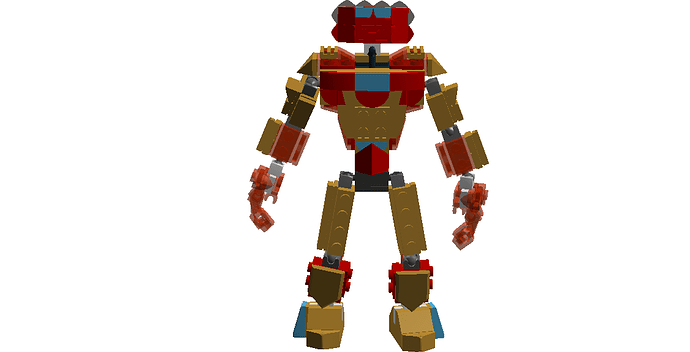 Here you can see Tahu without his weapons.
I tried to replicate the real set as much as I could have and I think I succeeded in that pretty well. 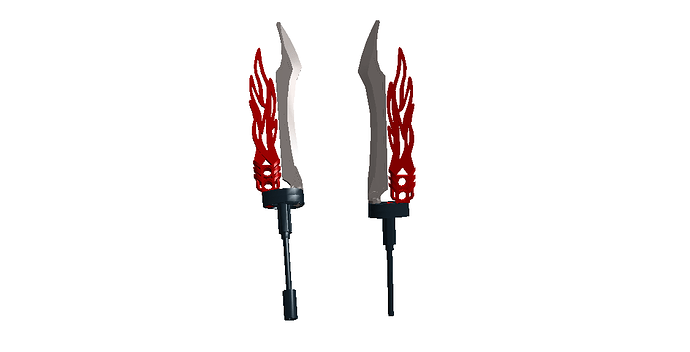 Here you can see the weapons. I tried to still have that extra function where you can connect both blades to make a spear. The only thing that bothers me with the weapons is that they don’t have that function to go up and down, I really wanted to integrate that while making this but I just couldn’t do it. 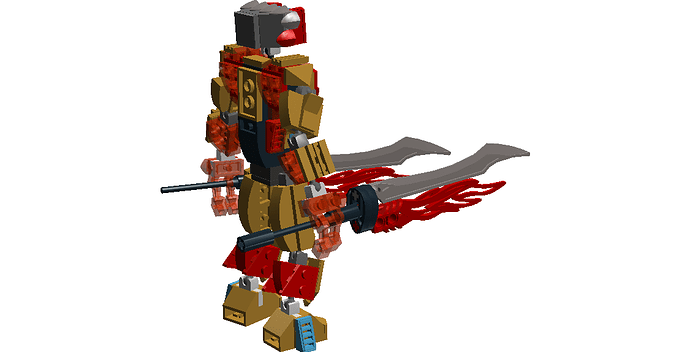 The back is pretty solid covered. I really like the legs because the armor goes all around the sides and covers pretty much everything. I DID keep the unity function and you can see it down below. 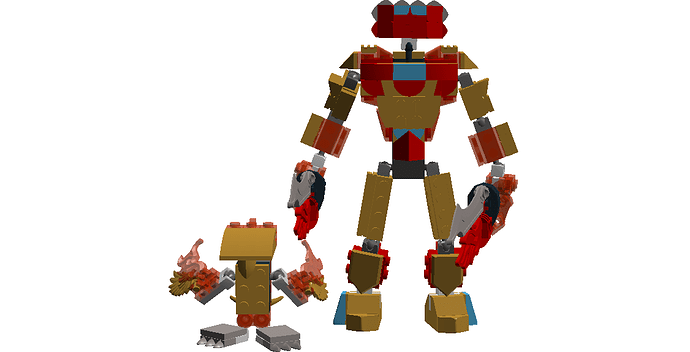 Now here’s a surprise. I managed to make Ikir, Creature of Fire as well.
Piece count: 50 (I know that the contest is supposed to have more than 100 pieces, but Ikir could be sold along with Tahu in only one set, kind of like Kopaka and Melum unity set, if Ikir can be placed into one set, it would still cost $20 because it would have 275 pieces and I’m going to be kind enough to lower the price)
Price: $5 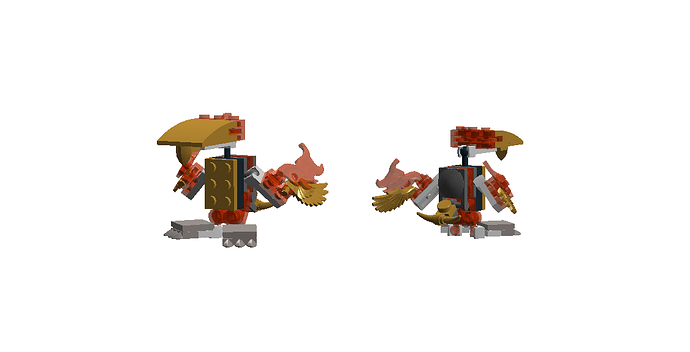 As you can see, Ikir is pretty basic and has all the points of articulation that his constraction form has.
And he looks cute as a brick built version.

And now, the moment that you’ve all been waiting for.
THE UNITY MODE

That is all from me. I also wanted to make a brick built form of every Toa but I read the rules that I can only submit up to 3 entries. The Toa if they did come out in this form, they wouldn’t be clone sets. Every single one of them would have different bone lengths, etc. Just like the real sets have.

Thank you for checking out my entry, it really means a lot to me. I don’t expect to win, I just entered because this is fun and I wanted to be involved with it just for a little bit.

His head is kinda…

The concept of being Mixel-like is interesting, but the execution is rather flat-headed.

Theirs 2 major flaws on this model, the head and the price.
The face need no explanation and while 225 pieces for $20 is a decent price-pre-piece ratio; the appearance is not really worth it compared to it original counter-part from size.
Outside from that, the build for Tahu torso is decent but other parts is somewhat passable.

Also Ikir cannot be added in the contest from a small price and piece rule.

Thanks for the constructive criticism, also read what it says at the Ikir part in the bracets.

To me it does not look like this could really be a set that Lego would make, like the recolours seem unrealistic (especially the hands), and the head looks terrible, definitely not like something Lego would do.

I’ll be honest, the head ruins it for me. If you could find a way to improve that it would improve the model in my eyes.

I think the head and Ikir could be improved and then it’d look better.

Also I think you could just mimic the existing function for the swords.

Nice job! (insert obligatory head comment here)
I think this moc raises good questions for a hypothetical Brickonicle; of whether LEGO would want to make something like this, or whether they should distance themselves from constraction more. Maybe they could do something like this concurrently with regular minifig sets.