Alright finally getting around to posting my 2nd entry on the Brickonicle Contest. 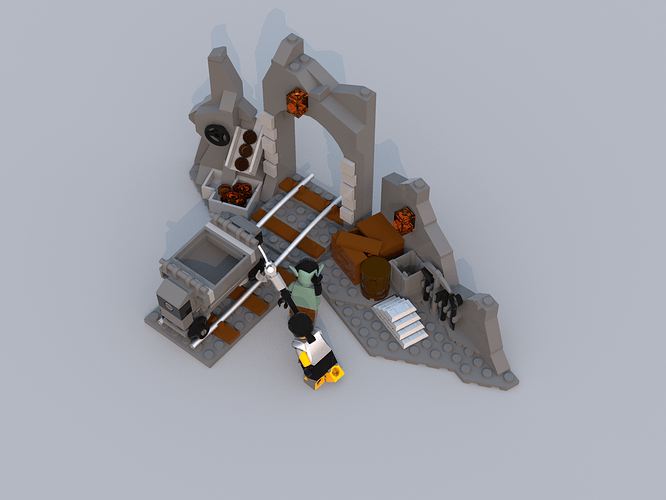 Zaktan&#39;s Release 1.png2000×1500 2.12 MB
Like my last entry this is also based on a chapter from Bionicle Legends 4: Legacy of Evil. This set however is based on the part where The Shadowed One saves Zaktan from his slavery in a Protodermis Mine.

I didn’t explain my reasoning behind choosing human bionicles in my last entry so I will do so now; I think that if lego were to pick up Bionicle as a system theme it would most likely have human minifigures to fit in with their other system themes such as Ninjago and Nexo Knights.

Minifigures: from left to right
Zaktan (exclusive slave version) and The Shadowed One 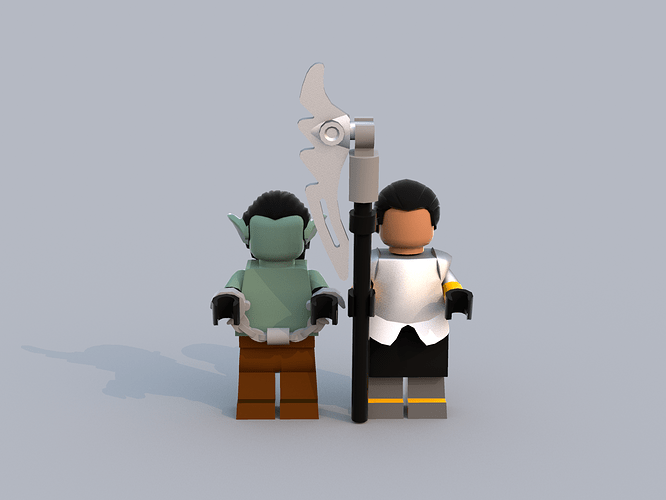 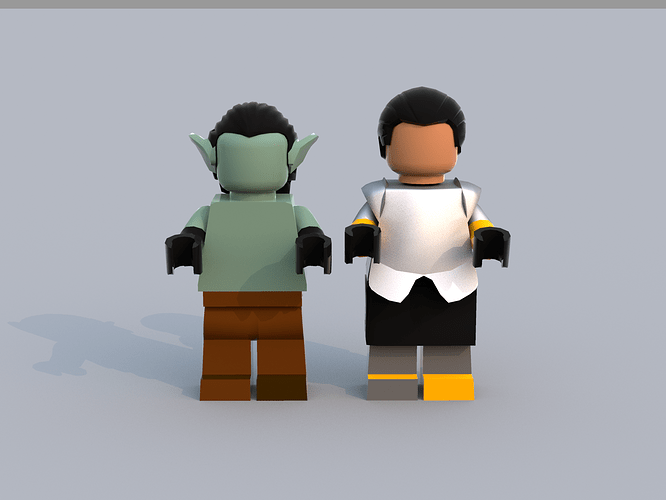 The mine itself has a molten Protodermis funnel to the left and some crates, equipment and a stack of protodermis ingots to the right. In the centre is a custom made minecart track with an archway which leading deeper into the mine. Included add ons are a minecart (heavily inspired by set 7199’s minecarts) and ten studs of “molten Protodermis” (X5 trans orange, X5 trans red). 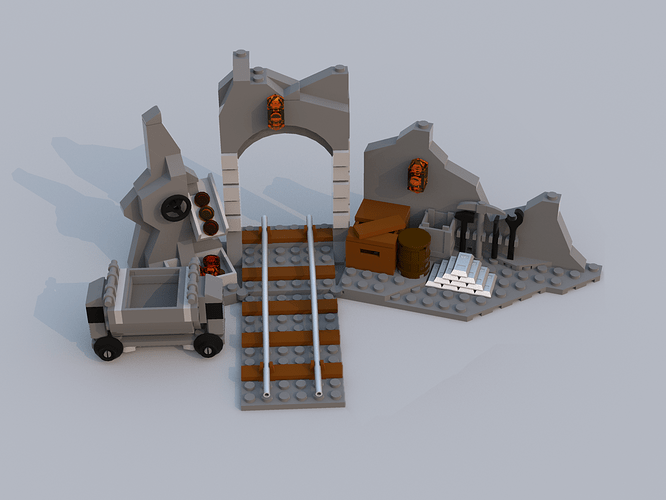 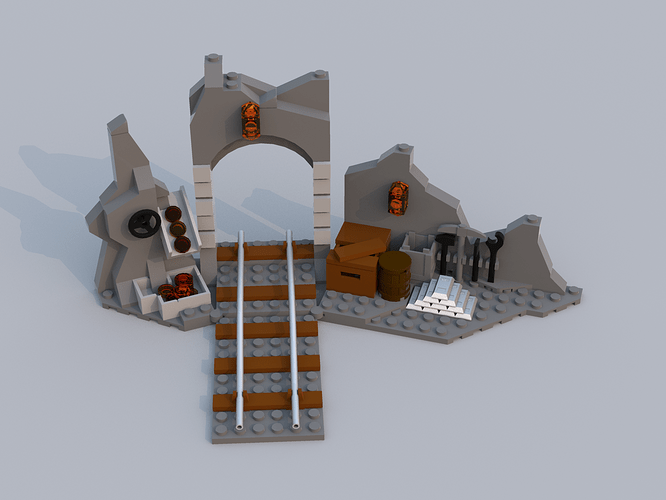 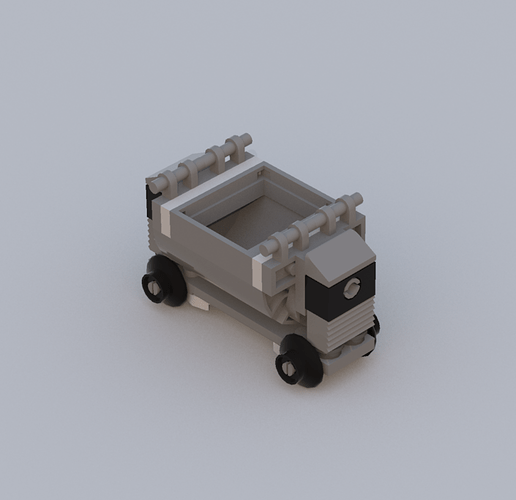 Zaktan&#39;s Release 4.png705×683 326 KB
The orange blocks attached above the archway and above the crates are meant to be Lightstones as based on the design from the MNOG design, personally I think they came out really well: 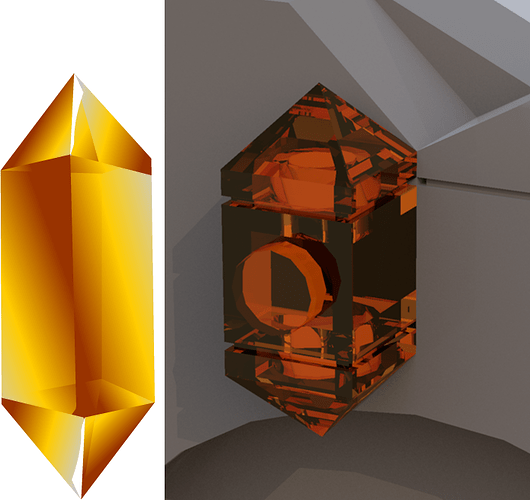 Finally a shot of everything included in the set: 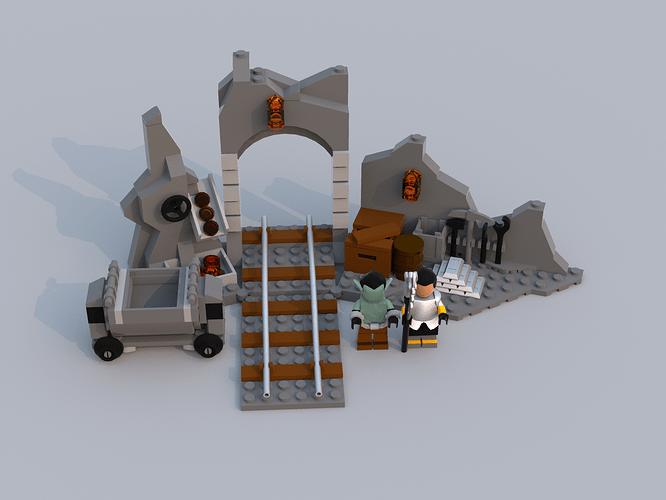 This is great! I think the t looks very official. Nice jib!

It looks really nice. The way all of the modules connect make it feel like a whole scene.

aside from the figure design
The cave design is excellent, I would like to have one for myself-

My opinion on humanish Bionicle characters has already been said but I like the build.

The lightstones could be a bit more yellow for accuracy, but their build looks very nice. Also something that looks like it would fit in a minifig’s hand, which is a plus. Very solid design overall.

Why not? Looks like the perfect size and piece count for a $20 set to me.

If I’m buying this for display, it seems just a bit too small and simple to make $20 worth the cost. Maybe if I needed some of the parts specifically, I wouldn’t mind as much.

I understand where you’re coming from with the price, but to me I don’t really have a proper gage on a good price range. If I were to price it for where I live (I’m Australian) it would be closer to $30-$35. I put the price in American because the largest audience on the message boards are American.

Very cool. I like the attention to detail here with things such as the lightstones.

I tried trans yellow but it came out too pale it may look better in person but on LDD and bluerender trans orange looks better.

It looks okay, but I don’t see any real play functions.

This looks really nice, but human Bonkles… mehhh…
Otherwise, this is a nice, solid looking set.