Tahu,
the Toa of Fire is in search of his golden mask! But first, he must find Ikir, the creature of fire to guide him. Ride Tahu along the lava with his modular lava board in search for his mask. Fly Ikir into action with pose-able wings!

But watch out! The evil hunter, Umarak, is lurking, and he will strike with his poison cross-bow! Use the elemental shooter to distract Umarak. Battle with Ikir and Tahu for dynamic play, and claim the golden mask!

* Toa Tahu, with golden swords and modular lava board

* Ikir, the creature of fire, with crystal wings

* Umarak the Hunter, with bark armor and crossbow 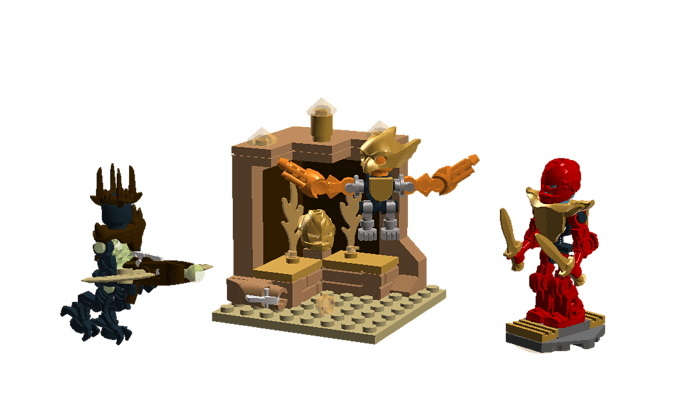 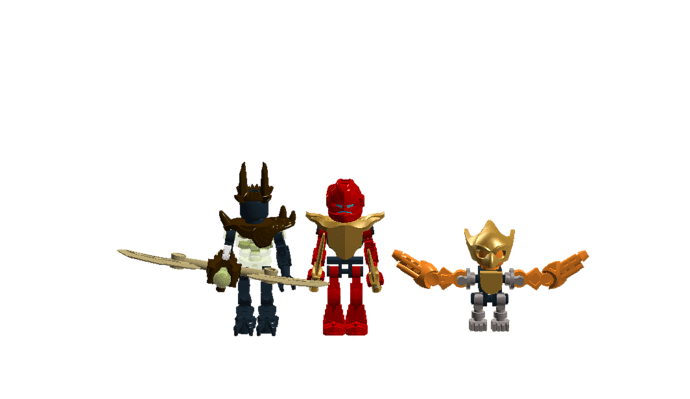 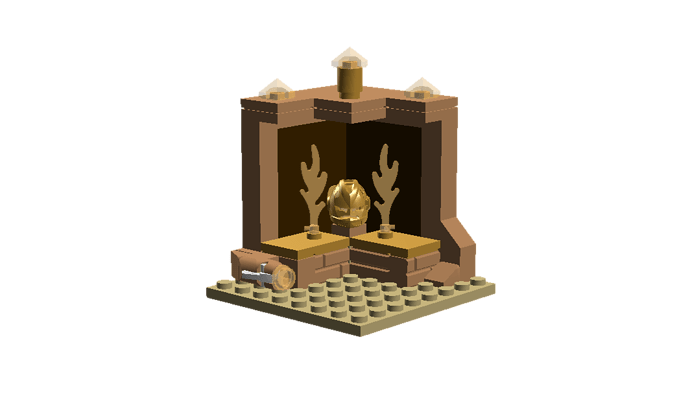 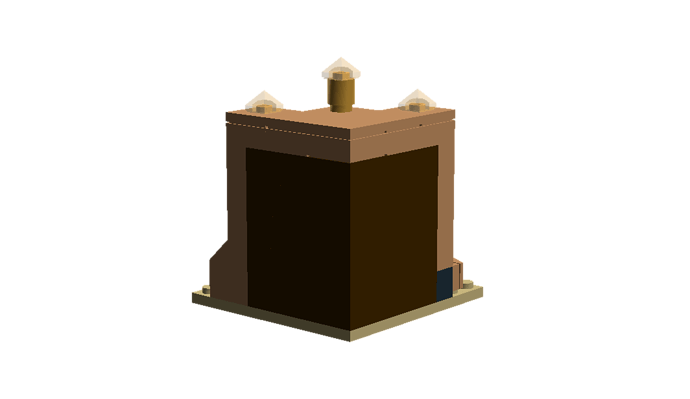 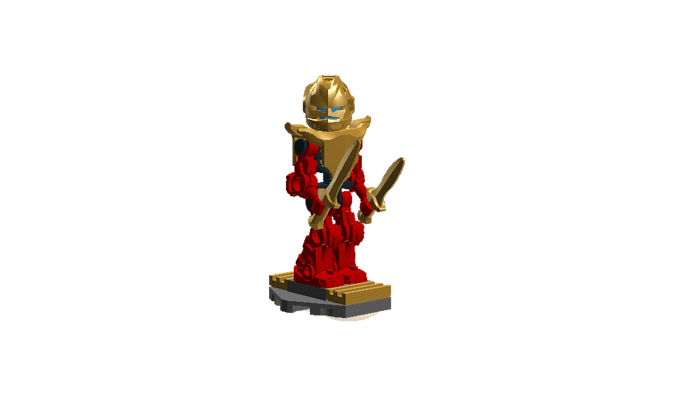 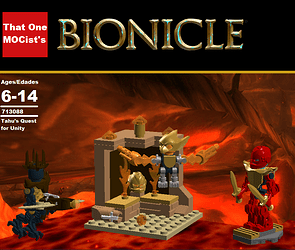 MOCist’s Comments
This is my second entry to the TTV Channel’s Brickonicle Contest. This set is a smaller one, but I think it came out well. The building is based on the architecture we have seen in G2, but with my own twist to fit a reasonable price-point. While the build doesn’t many play features, the figures really make up for that. Having our main characters in a smaller set is a great way to get consumer interest. And I made sure I incorporated some shooters for some extra play value.

I would like to make one of these for all six of the Toa and creatures, once the contest is over. I think they would work really well as Bionicle’s “Ultimate” type of sets.

It’s a fun little build, Umarak, however is a bit weird. Also, it would be cool if Ikir could Unite with Tahu.

It would require an extra jumper, but Ikir could connect to Tahu’s back like that. It would be top-heavy, though.