Known as the Sons of Makuta, they what is called Rahkshi, vile, unfeeling snake-like creatures, born of the Makuta’s very essence, each one represents his most vile aspects; Fear, Hunger, Anger, Poison, Destruction, and Devastation. They have been spawned by the Master of Shadows to seek out the Herald of the Mask of Light so that they may destroy it and have followed the matoran Jaller and Takua all the way to the temple Kini-Nui to do so. But the matoran are not helpless, for they are aided by the arrival of the Toa Nuva. While the Toa have fought these creatures across the island individually, their fight now comes to a head at Kini-Nui; will the Toa at last wipe out these shadow vermin; or will the Rahkshi finally eliminate that Toa? 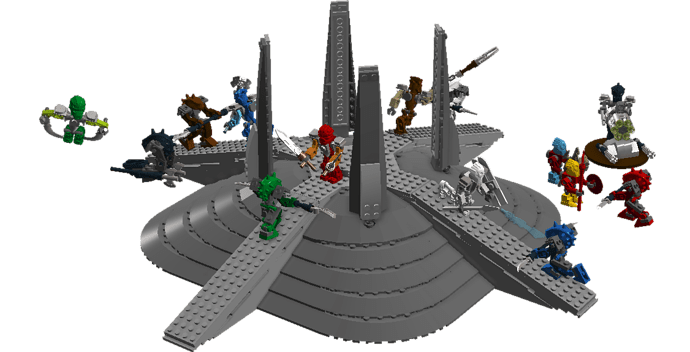 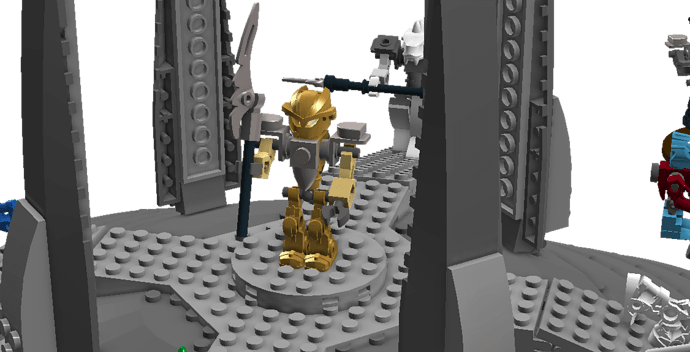 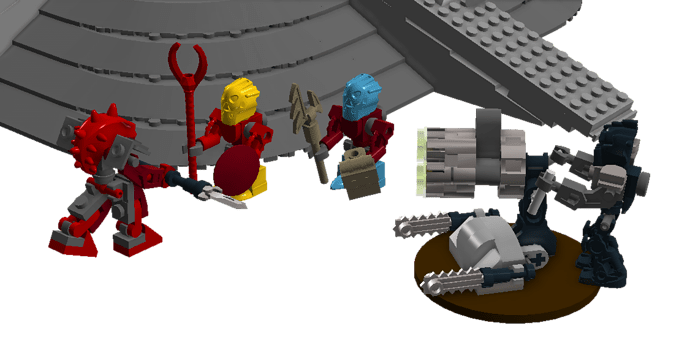 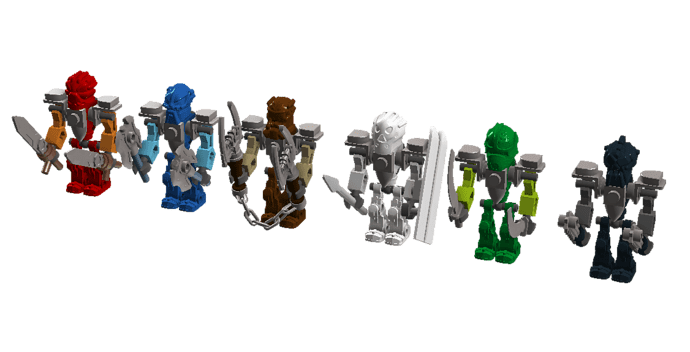 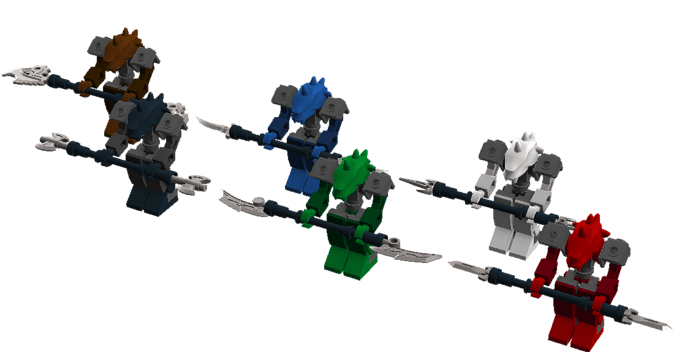 While it’s okay, the Kini Nui feels too big and plain to be a Lego set.
And the lack of a play function doesn’t help.

Yeah, if I’m being perfectly honest with myself, I just made this to show off the minifigures

The set itself is really basic, especially for a 75 dollar set, but the minis are A+.

I think it looks really
Cool. Also the lack of function for me is overlooked by the amount of characters and what this set is. As I buy both the bionicle and other lines I will buy a set for rather what is it, a loved vehicle or place, or the amount of charters or which characters it has. It would be cool to see this go and connect with a smaller set that is the underground lair.

A function would’ve been a nice addition, but the curvaceous shaping of the Kini-Nui is pretty interesting and I like the look of the minifigs.

Wow we used the same blade piece on both our Lehraks

No, seeing as how one of the greasiest pulls for the set are the characters… I think you could take out a few and it is more than normal, but the amount of characters go with the set… which is why I say keep every single one of them a part of the set.