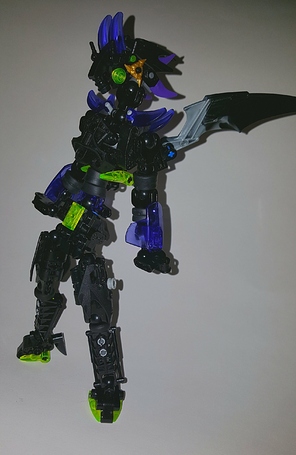 HISTORY: Shortly after the convocation between Teridax and Miserix, Aegis was assigned to the Northern Continent with Krika, Gorast, and a few other Makuta. One of the more passive Makuta to inhabit the Matoran Universe, Aegis had always possessed a knack for experimenting with various poisons and toxins. Her tenacity and intelligence with this subject had earned her quite the reputation amongst the inhabitants of her portion of the landmass, especially a certain Matoran who went by the name of Visca. Aegis’s workings perked his curiosity, prompting her to take him on as a sort of “research assistant”, letting him work in and around the small lab that the rest of the Matoran set up for her. Over the many years she served under Teridax, Aegis gradually acquired the skills and supplies necessary to create a small fortune of various chemicals, which now resides within her lab. Her relationship with the Matoran was a steady one, providing insight and guidance to them on a regular basis. She was certainly one of the more outgoing and friendly Makuta out of the 100 individuals, as she was not afraid to forge bonds and mingle with the villagers she was sent to watch over. Aegis’s close relationship lead to a trust between herself and the Matoran, which in turn resulted in her being appointed as the village’s ambassador of sorts.
Although there is no record as to how exactly she died, it is known that Visca was there to witness it; he wishes not to speak about the experience.

ABILITIES: Aegis possesses many abilities, but her most notable ones are her vast knowledge of toxins and venoms, and her ability to conjure up shield-like barriers, which is the explanation of her name. The latter skill is a byproduct of many experiments that she performed on herself with many different poisons, resulting in slightly enhanced psychic abilities. If Aegis concentrates hard enough, she is able to manifest these mental projections in the physical world as protective shields, albeit for a brief period of time.

KANOHI: Aegis wears a Kanohi Iva, an intricately-designed mask that gives the wearer an extremely acute sense of their surroundings, almost like a third eye. This comes in particularly useful when she is working within the lab, since it has warned her more times than she’d like to admit of an impending chemical explosion. However, Visca has noted several occasions where she has donned on a Kanohi Faxon, to combat accidents which left her poisoned or envenomated (courtesy of her own doing, he might add).

QUOTE: “I have just mixed in the Lehrak venom with the protodermis mixture and a strange concoction that one of the other villagers gifted me to use in my experiments. They said that it was Rahi venom from a species that I had not heard of before; I should look into what specific species it was after I put out this fire. Because apparently the venom is highly flammable. I really should stop talking now.” 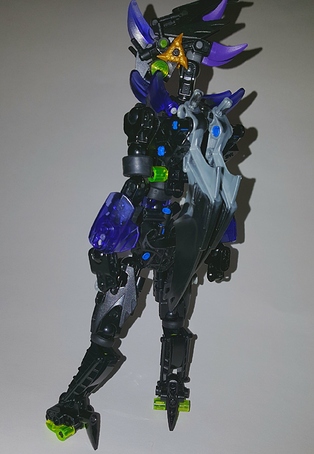 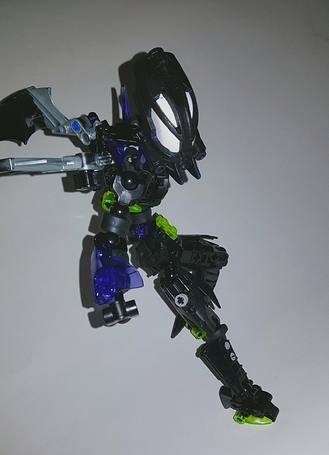 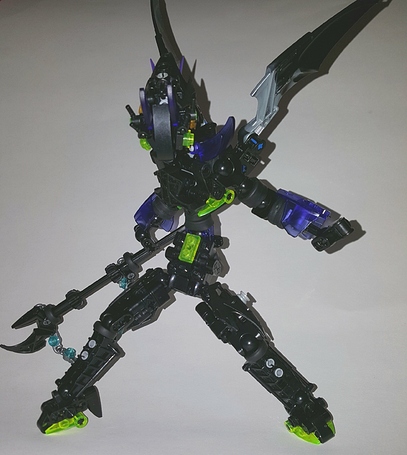 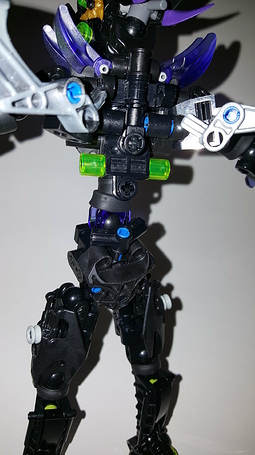 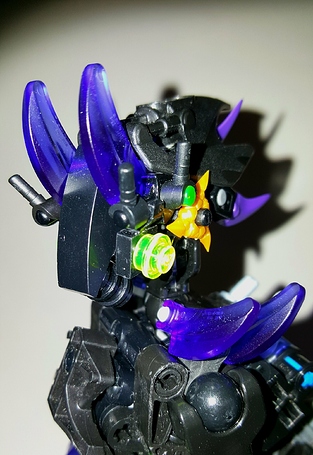 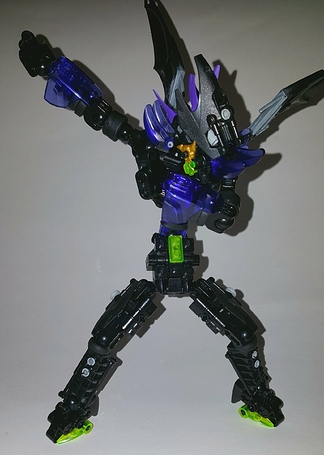 Any critiques, questions, food? plz don’t ban me for the dab I am an innocent person

Really like the leg design, this is a great creation!

Love the wings. The face is a little hard to make out because it consists of alot of different parts.

You made it just in time

I like the MOC, although the head still reminds me a little much of Sonic the Hedgehog…
A little too much use of tiers for my taste and I’m also not a big fan of these slim waists, but that are only nitpicks. Those golden shuriken things on the head don’t quite fit into the colours scheme, though.
I really like the look of the upper legs and those claws around the neck. Also that staff looks pretty nice.

Shortly after the convocation between Teridax and Miserix, Aegis was assigned to the Northern Continent

a) theMakuta were assigned to regions after the war with the Barraki, not after the Convocation
b) make that “Central Nothern Continent” just to be more specific

Although there is no record as to how exactly she died

It’s not a problem if you don’t tell me exactly how she died, but be aware that in that case I’ll eventually make something up myself for the “Book of the Brotherhood”.

her ability to conjure up shield-like barriers, which is the explanation of her name.

Mata Nui or someone gave her a name right after her creation, so this “explanation” of her name seems a little strange.

that gives the wearer an extremely acute sense of their surroundings, almost like a third eye.

That’s pretty much the same as what the mask Makuta Chisk wears does:

Makau, Mask of Paranoia - makes the user know everything going on within 3 bio
(just as a side information: that power drove Chisk mad over time)

So, point 1 needs to be changed and point 4 is up for discussion/change. After that I’ll accept your entry.

EDIT: Come to think of it I’d also appreciate it if you give her a different name - maybe she was called “Aegis” by others after she developed her special ability, but her original name should not have any meaning to it.

This is amazing! I love the head.

(Also you are banned for dab) /s

dabs are beautiful do not be afraid
also nice moc fam

this bloody kanohi has no eyes)

Then how does she see?

They look like ears.
Do MU people have ears?
Now I’m wondering about that.

A little too much use of tiers

It took me an embarrassingly long time to figure out you meant “tires”.

Mind if I stylize (mainly making it smoother) and use that mask for my drawings? Credit will be given.