Some of you who are looking at this topic probably recognize him as my Toa Solek MOC. I decided to revamp and repurpose him for something I’ve been meaning to do for a while. 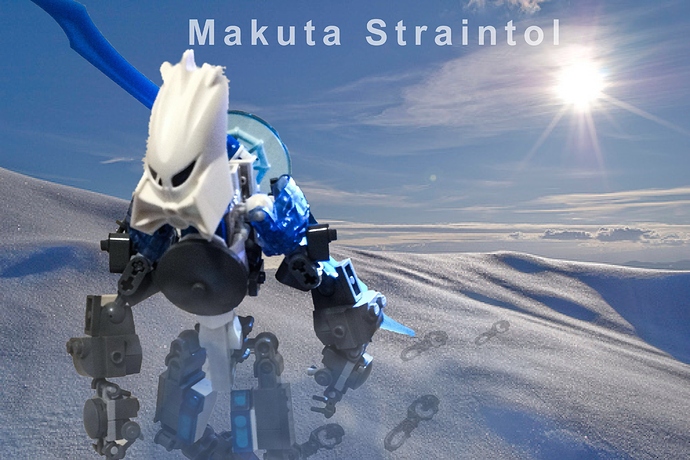 Straintol bears the Kanohi Suletu, a mask which causes substances that are solid to act as a liquid, or liquids to act as a solid. It does not change them from solid to liquid or vice versa, but it changes their properties. Essentially this means that he could swim in concrete or walk on water, or make someone else drown in rock or suffocate in the ocean while swimming. This power applies to any matter, with the exception of living beings, and only lasts as long as he is directly focusing on using it.
Straintol was a wanderer who preferred cold weather. Very cold weather. His fighting skills weren’t quite as good as other Makuta, nor were his rahi-making abilities, so he dedicated his life to studying the properties of all aspects of nature. While he made very few rahi, he was responsible for making the Phasing Dragonfly, a small insectoid rahi capable of manipulating its own molecular structure to phase through solid objects. The creature wasn’t quite capable of survival, and died off within a few generations. Straintol only became aggressive when his honor was insulted, something that only ever really happened when he conversed with skakdii. Straintol didn’t like conflict, and greatly respected Miserix. He never suspected that Teridax would batray Miserix, but when he did, fear compelled him to join Teridax. It was discovered that he was not completely loyal to Teridax’s regime, and so Straintol feared for his life, since other Makuta had been killed before him for disloyalty. Eventually, the fear of a painful death became so overwhelming that he took his own life. The ironic part was that Teridax never really took notice of him, since he never showed direct disloyalty and was always quite respectful. Teridax never even really thought of having Straintol killed for disloyalty. C&C welcome! 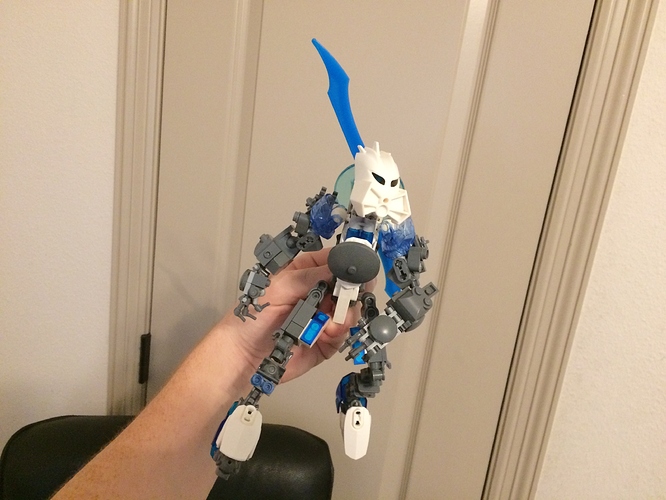 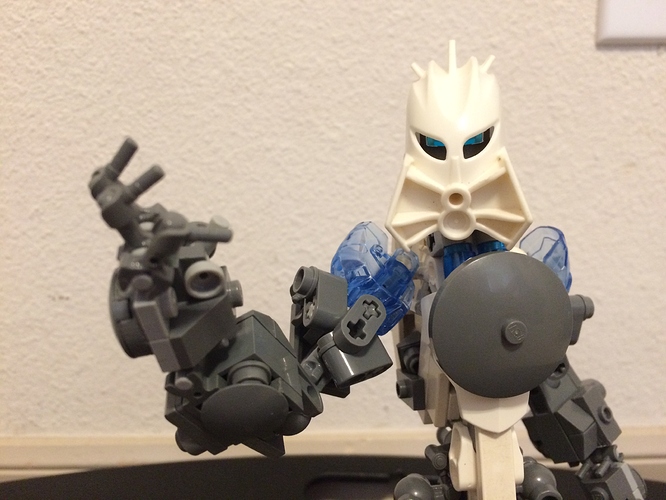 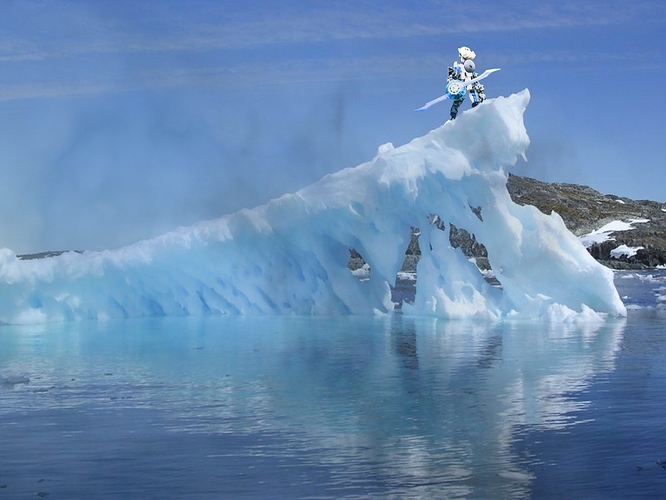 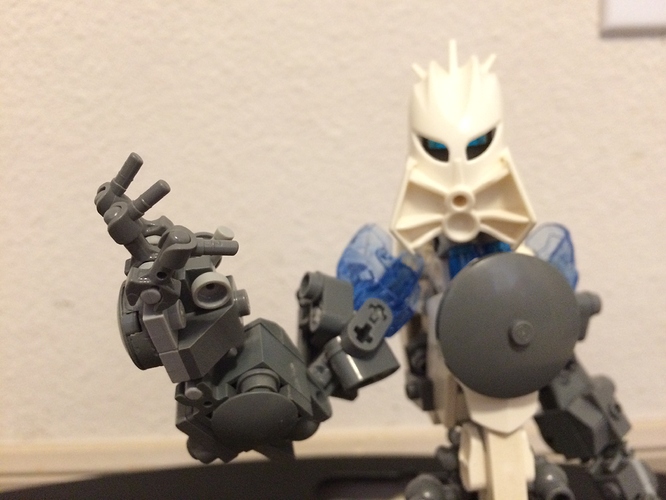 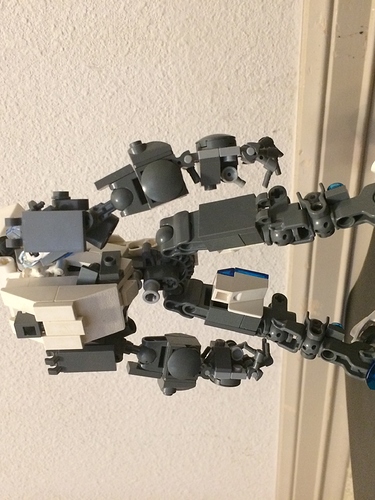 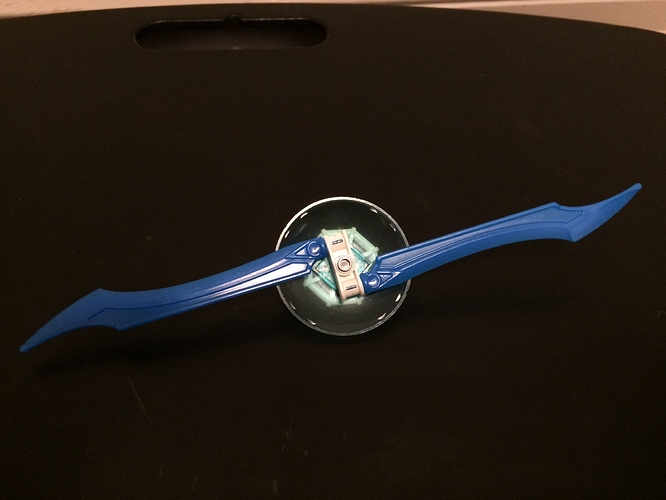 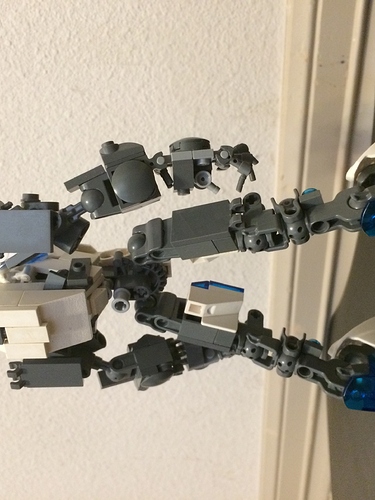 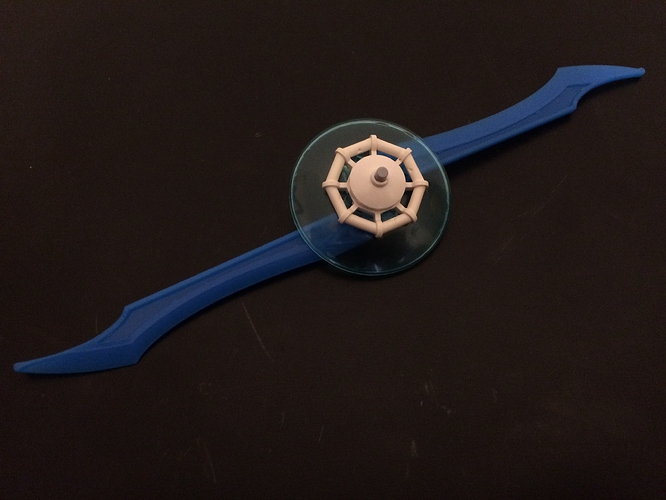 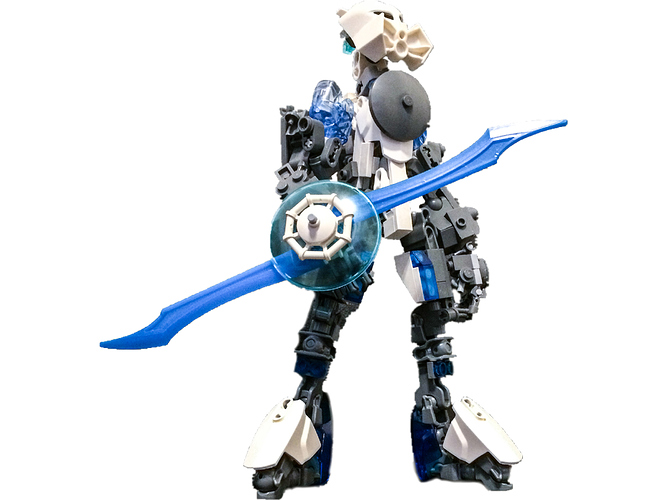 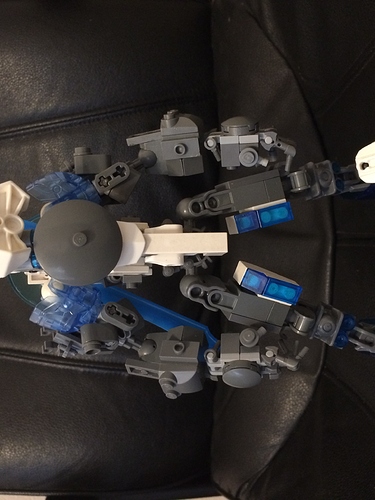 A little too system heavy for my liking, to be honest…

Otherwise looks pretty good, though, with the exception of the feet. Creative use of Glatorian heads - I already thought so when seeing the Solek MOC. Also I can actually totally see the MOC as a Makuta.

Name ending with an “x”… it’s ok, but I’d appreciate it if you’d come up with something different. Also Triokodex sounds too much like “trio” and “codex” which I honestly don’t like either. What about… Makuta Torik?

This power applies to any matter, with the sole exception of any form of protodermis

Which makes the mask pretty useless considering that nearly everything in the Matoran Universe is made from Protodermis. On the other hand the mask really shouldn’t be able to make beings flow apart. Perhaps change it so that the mask’s power only works on the wearer. You know, something similar to the Kranua’s power.

A rule says that no more Makuta are allowed to die this way.

He was given a statue on destral (due to tge fact that he was pretty peaceable and most of the other Makuta liked his company. Nobody really hated him.) which was destroyed at the Great Cataclysm

a) The Brotherhood of Makuta - Dark Hunter war started after the Great Cataclysm
b) I can’t imagine the Makuta under Teridax to build a statue for a Makuta who basically did nothing to further their cause. Or any Makuta, for that matter - I don’t imagine them to be sentimental enough for stuff like that.

Overall - I’d appreciate more technic on the MOC/ a bigger MOC, but what currently really stands in the way of it getting accepted is backstory stuff.

Yeah, I hadn’t even thought about some of these things. Give me a minute, I need to completely rethink his backstory.

Nice work dude! Though the feet do look a little awkward.

They don’t look too awkward in person. Maybe it’s just the angle. Let me tale another picture and then tell me how they look after that.

That looks better, thanks!

Ok, I guess that works.

Nice, a lot of system but nice.