I decided I wanted to make a group of eight humanoids, each of which wearing a different krana.

I figured the Ca looked like it could fit a bulky build, so that’s what I set out to build here. Going even so far that it can, and will, rest on all fours. Ultimately it looks more like a gorilla than a humanoid to me, but I like to think it’d still be as sentient as the other seven. Besides, a little bit of variety can’t hurt.

As usual: Click on pictures for their original resolution. 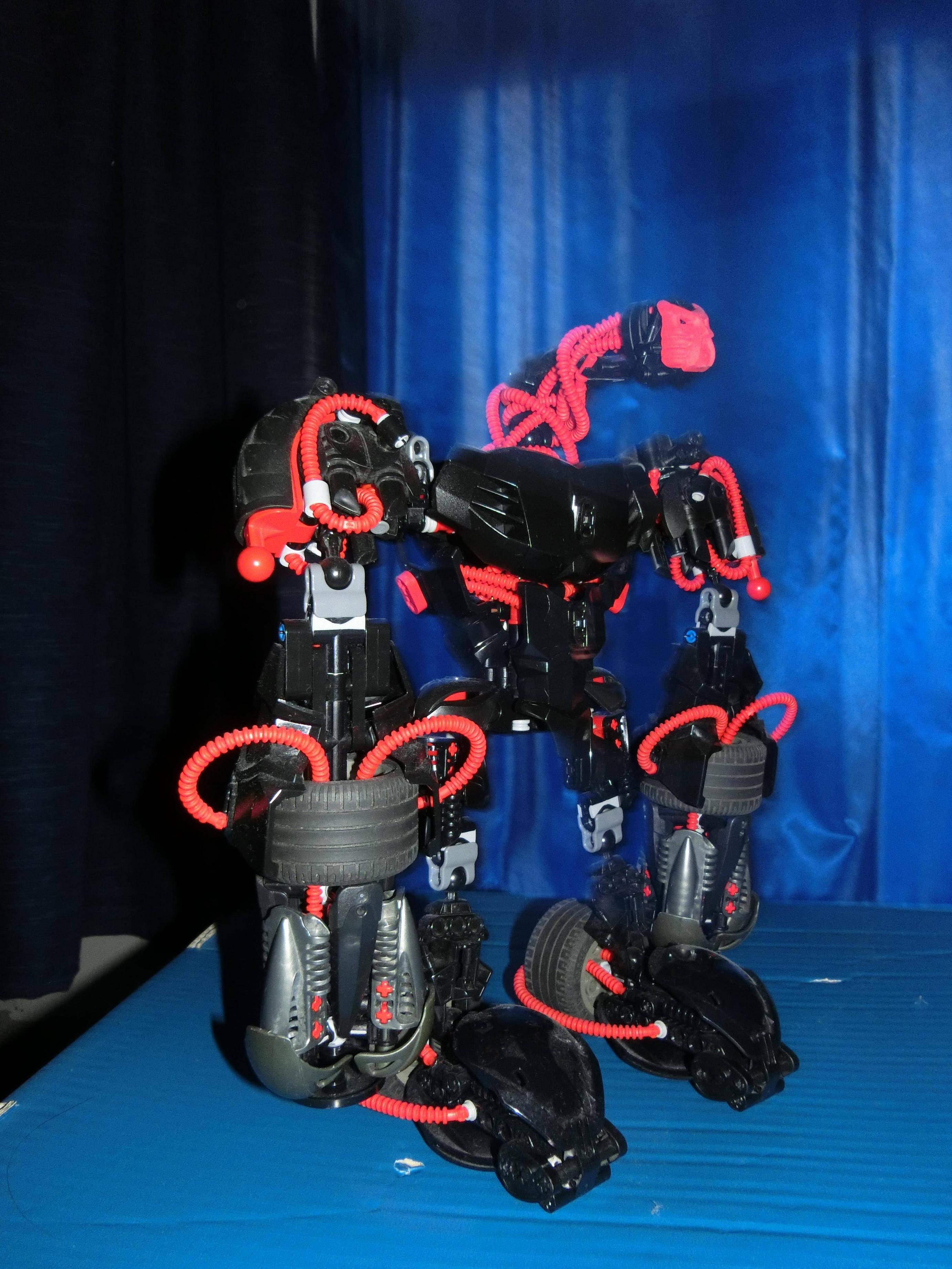 [details=Heya.]Trying to circumvent the no-publishing-WIPs-without-frequent-updates rule by hiding this here. I decided to make it a group of nine. The ninth one will have forty krana on the head alone, 5 of each different type, as seen below. I tried to post what it looks like on the interior, but I guess it’s not all that clear.

I don’t like this view.
Like you said, it is gorilla inspired and theirs bits that stick all around. (mainly the tubes)

I’m curious for the skull krana though.

This reminds me of the vermilion from ninjago.

Looks interesting, I really like how the Krana is incorporated into the model especially with the neck (I think that looks flat out amazing) but the rest of the model has a few awkward spots, weird proportions and feels like it’s in need of a couple more versions to be fully realized.