Caleva, Bearer of the Blade

Caleva is a Toa of Fire who serves the dark Toa warlord Xobralt. She, being his foremost fighter, wields his weapon, the Thunder Claymore, when her lord is not using it, which is usually.

The sword is a fusion of multiple blades, forged into one bringer of chaos, and imbued with the power of electricity.

Arrogant and loud, the only thing bigger than Caleva’s sword is how great she thinks she is. She dismisses anyone she deems unworthy of her attention, but highly respects those who have defeated her. Her temperament in times of stress is surprisingly quiet.

Despite her attitude, she is extremely proficient, and fights skillfully in conjunction with her Kanohi Kadin, enhanced by modifications made to her body.

And now for the pics. 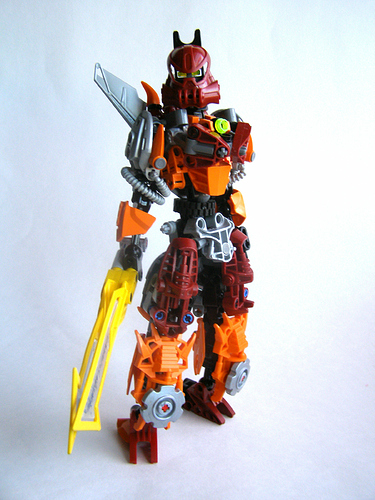 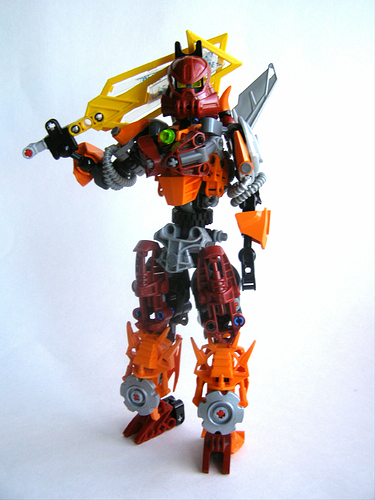 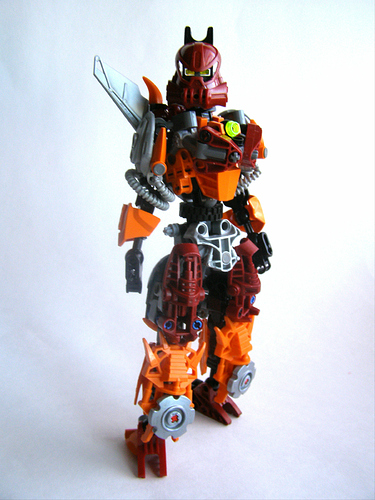 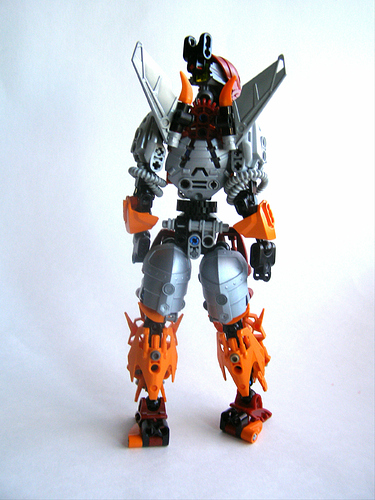 Disregarding the silver, This is one of the best back sides I’ve made SHUT UP THAT’S NOT WHAT I MEANT WHEN I SAID THAT 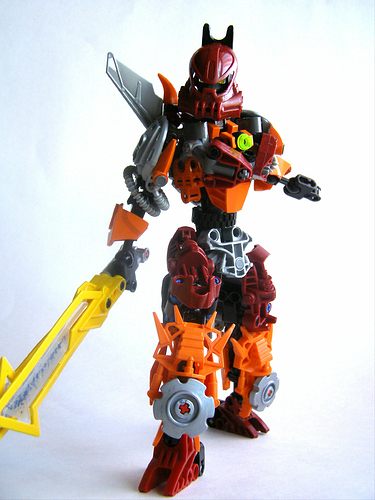 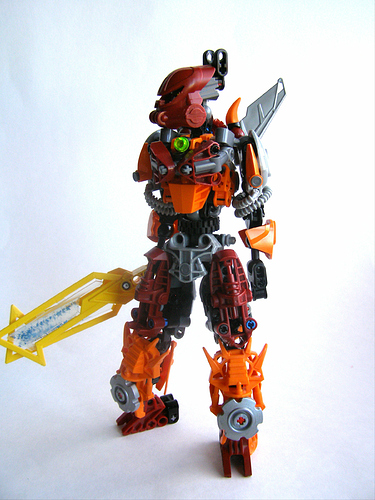 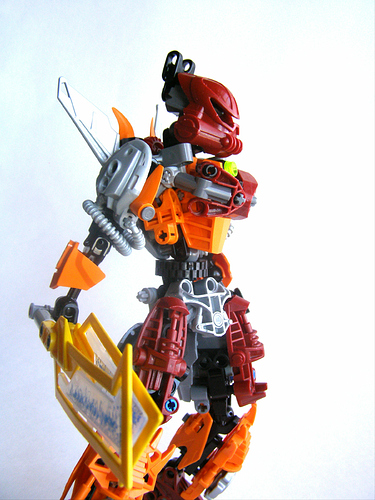 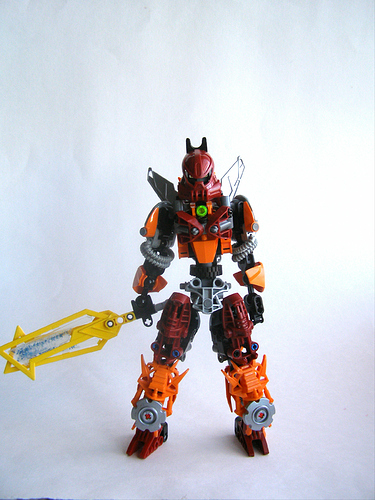 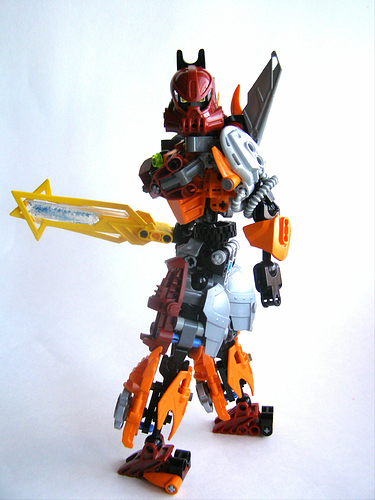 Edit: I stole the upper torso from Gringat. Forgot to mention that

I like it, but what are those pieces for the sword?

The color of the blades clashes with the color scheme, and the back could use a bit less silver and a bit more red (though you yourself seem aware of this). Otherwise, she’s very well built.

I’d also say the gender is wrong but that distinction was stupid anyway so I won’t.

There’s some clashing textures, and questionable design choices, such as the hoses on the arms and the shells on the lower arms, and counters on the shins, but generally it looks alright.

Moc is alright, but there’s some greeble-clash and gappy points

Not to big on the Ignika feet being used for the lower leg armor, but it looks pretty nice otherwise.

where did those yellow blade pieces come from?

Don’t know how I feel about the handpiece above his head. A bit strange in my eyes. The sword is so off represented with all the colors involved in this moc but it works amazingly well somehow. The iron shoulder knight pieces on the back of his legs seem a little weird too. Overall, very good, love it, you’re a moccist I aspire to be. Good job.

small feet look weird compared to the overall bulkiness of the MOC
but otherwise this is pretty good,thought the legs look a bit gappy from the side