Can the Desert Raiders have short legs?

@IllustriousVar, I’m a little behind on Brickonicle and just finished TTV 245, and someone who helped form original pitch for Ahkmou’s Desert Raiders, I wanted to share my thoughts on the short legs debate and if it would work for them, since you said you find that concept interesting.

The idea came in late March from a topic discussing worldbuilding of the different regions, more specifically Matoran life in the regions. They were created to be something that was a challenge to the Matoran side characters, not the main Toa. Because of this they didn’t need to be sized up, as their enemies were always meant to be the same size as them. When I made a MOC for it all of the minifigures used Hobbit Legs, because that’s how the raiders were initially envisioned. 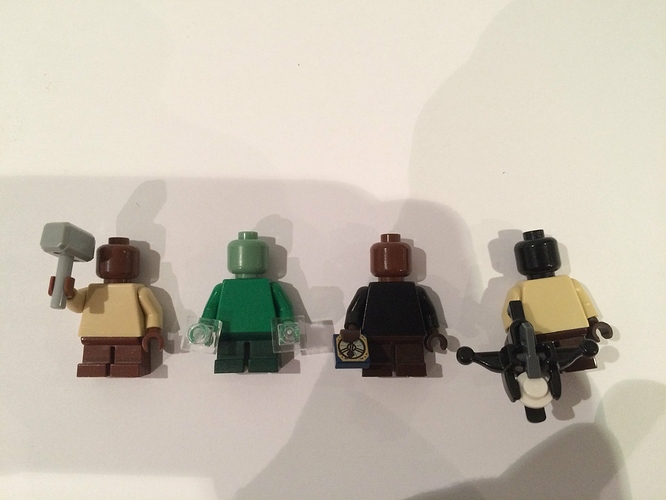 The thing that made them a threat was their heavy use of technology, similar to the idea of mechs that was thrown around a lot. They had desert boats faster than Rahi and cannons more powerful than basic Matoran weapons. There was nothing more powerful about the actual raiders, just how they used their resources.

I agree with you and Jon that most fans will want their original characters to look more powerful, or for lack of a better word, more Toa-esque. But if you make everyone look like that, the Toa look loses its impact because it’s no longer unique. Every villain should have something that sets them apart from the others. The Raiders have their advanced technology, the Rahkshi have their mutated forms, etc.

One last point is that as you guys have said, this is a TTV project, not a fan project. So as such, shouldn’t original characters bend to the will of your canon, not the other way around? You asked why couldn’t most of these original characters work as Matoran instead of Toa, and I think they can. The Umarak looking one, according to Louise’s pitch was powered up by Karzahni, so he’s essentially a Karzahni version if Rahkshi. Most everyone else I think would work just fine as regular Matoran.

If there’s anything I’ve overlooked or don’t understand please let me know, I just wanted to explain a bit why I think it’s okay for original characters to be shorter.

Every villain should have something that sets them apart from the others.

I completely agree with this. Not every villain has to be some form of matoran either. I believe there was someone on the boards who suggested the idea of titans. Anyways I really like your reasoning and ideas here. I think they make a lot of sense

Exactly. If you want an example of a villain who’s not a Toa or Matoran, how about a Rahi breed where the queen or pack leader has more power and sentience than the others of that species. Then you have a villain with a unique design, and they come with a built in army, being the others of their species.

Or, another idea for a unique villain is Nuparu ends up created an evil robot army, ala Ultron? We could call them Bohrok, if we wanted to.