Carushor and Kreckel: Defenders of the deep

In this topic I will be displaying two more transforming Mocs. Carushor and Kreckel were originally aquatic animals who lived in the seas of HF planet(?). Then the people started to oil mine and and dispose of waste in their waters. Eventually all the pollution started to mutate two sea creatures who were the last of their species. These two creatures gained the ability to transform into humanoid forms and back at will and they used their new found strength and intelligence to destroy the oil mining machines and make the oceans green again. The two beings were Carushor and Kreckel.

Carushor (car-oo-shore) was a large crustacean before he was mutated. I built him intending to be a creature but after I had built him I realised he could transform into a humanoid form- which I prefer over his animal mode. 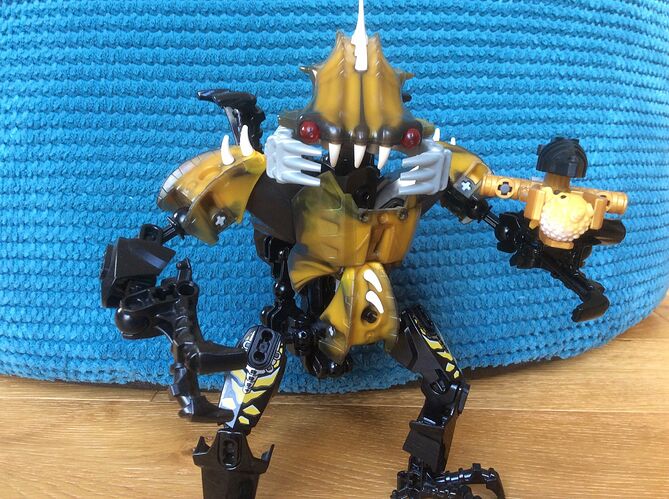 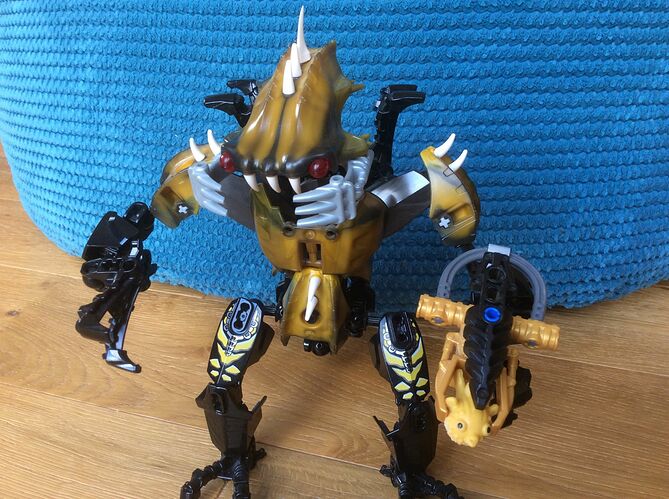 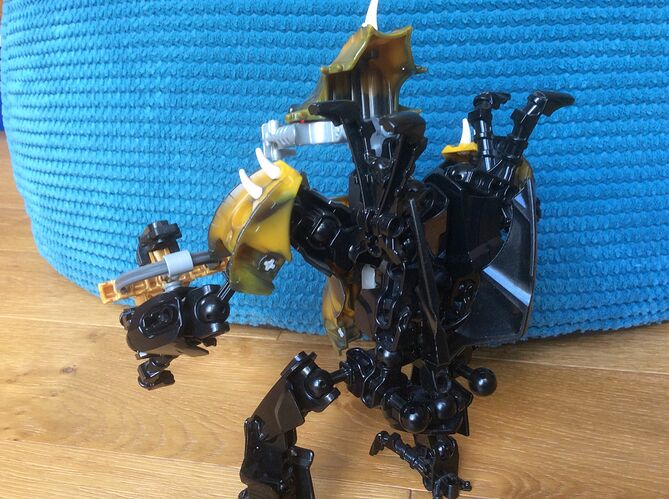 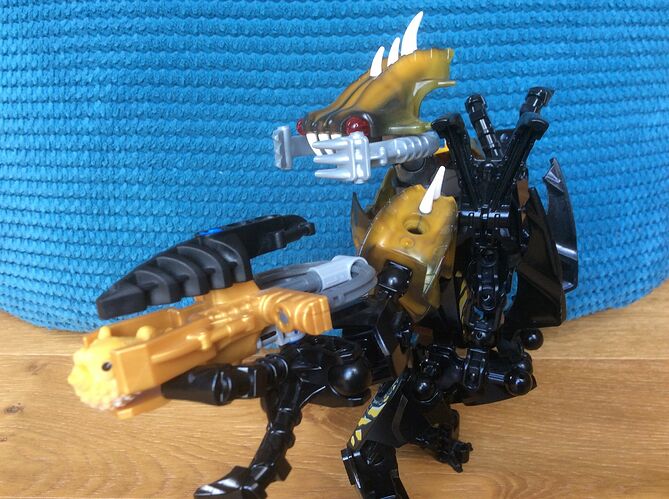 And in beast mode: 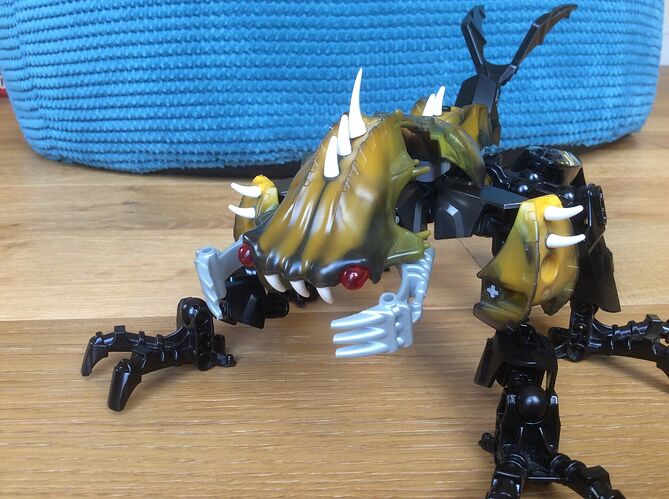 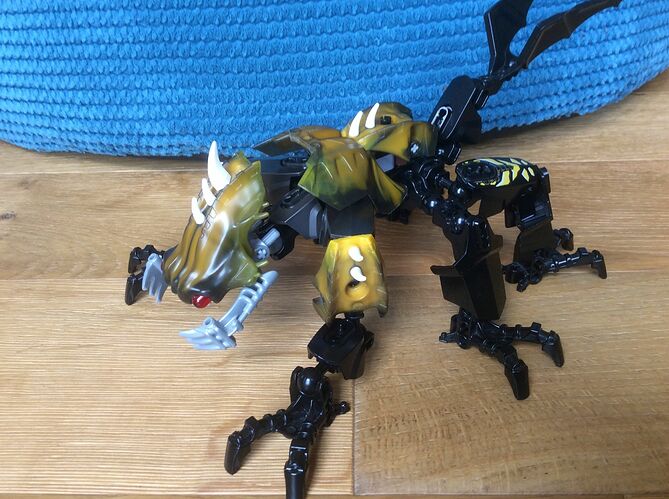 Sorry for the badly angled photo, just move your head to the side a bit 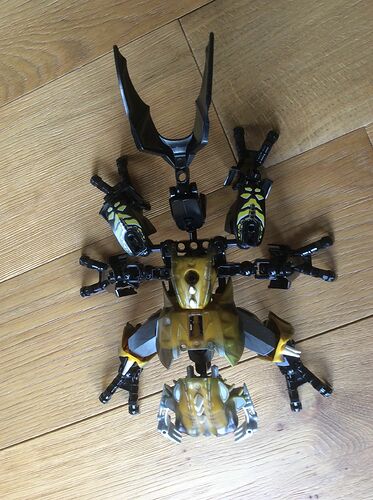 Kreckel was built after Carushor and was intended to transform. He is a fish thing in his animal form. He is the fast, assasin one and Carushor is the tank. 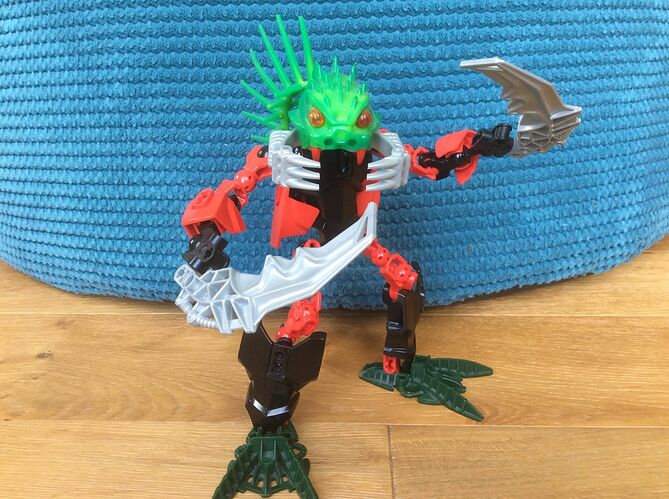 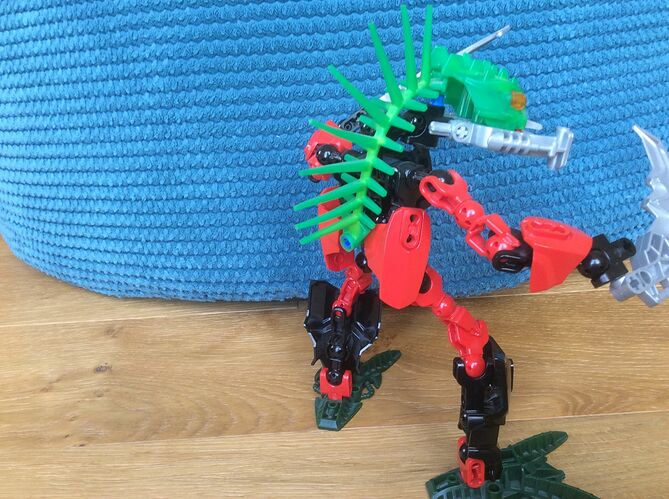 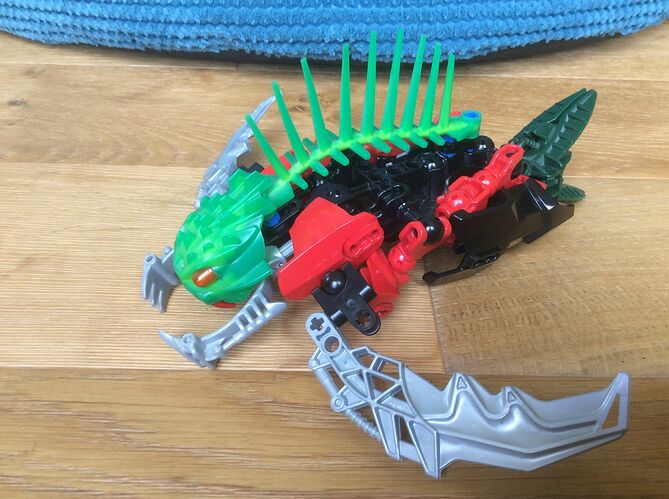 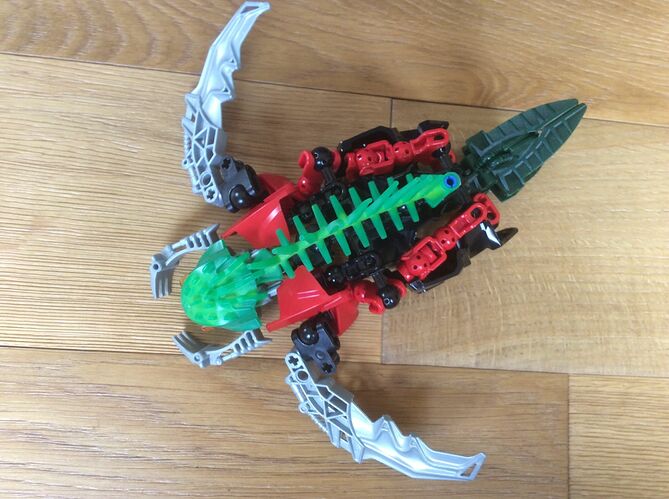 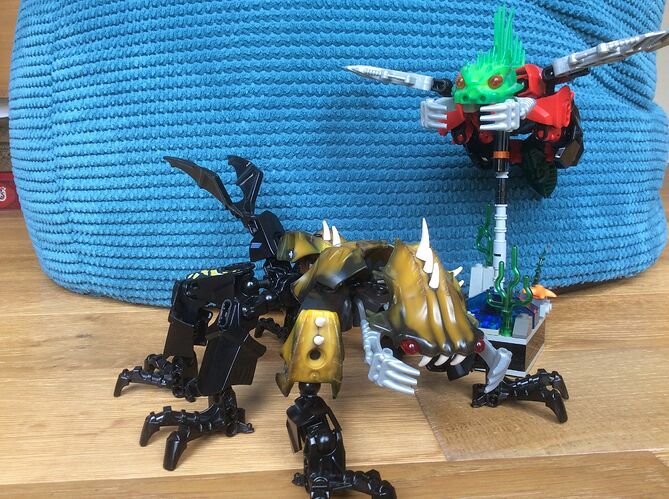 I built these guys a year and a few months ago because I wanted to try and use barraki and CCBS pieces to create some cool creatures. Carushor is my favourite of the two because of his design, colours and squat stature. Which is your favourite? Constructive critism appreciated as always.

I would give both an 8.5/10.
I love me a Bioformer, and these just support my opinion on them. Carushor looks pretty cool in both modes, but the transformation is a bit disappointing and Kreckel has a really cool transformation, but a wonky color scheme.

would usually do an in-depth review for a MOC, but I’ve learned that it is hard to critique a Bio-Former, due to the liberties that usually need to be taken to allow them to work ;).

I like carushor a lot, not so much for the other one.

The green hard and tail on Kreckel looks out of place, in my opinion. Otherwise, they’re very solid.

I see what you mean and I think that as well but I could not have changed it without it effecting the look of the beast mode, And when I built this I wasn’t too familiar with Carapar. But nonetheless, thank you for your opinion @Calvatron !

The puffer launcher is the best part of the MOC.

Shrink down Kreckle’s blades/front fins, and I think it’ll be great.

been a while since I seen a good bioformer, their both really cool!

I really like your Carushor on all fours. (or all sixes should I say)

Carushors legs look really small, and maybe you can give Kreckel more green.

I think kreckel is my favorite mainly because of his compact animal form.

I like Carushor a bit more because of his awesome dark-yellow-melded? and black color scheme. But they both have cool looking transformations.