This was more to see if I could than anything, but it is nice to have a counterpart to my teridax. 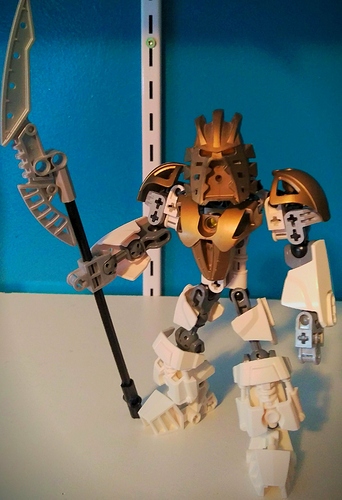 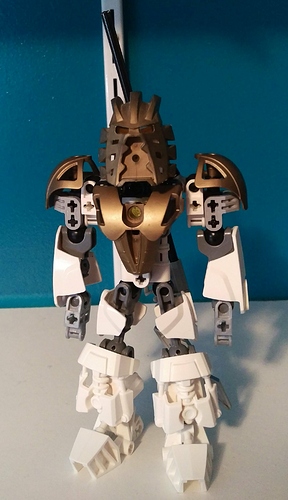 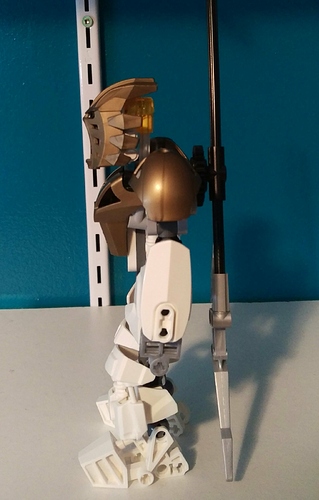 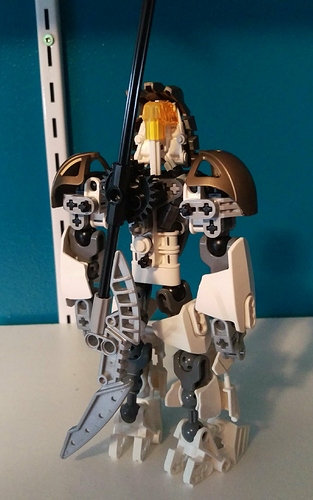 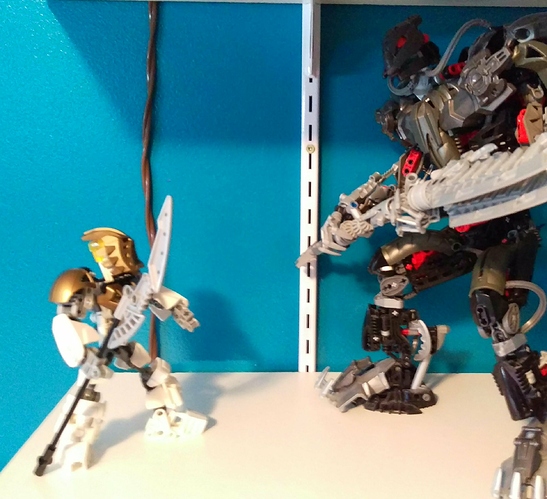 Now then this, this I love! Takanuva has always been a favourite and this captures him so perfectly! Love it!

Just threw knockoffnuva here together for a comparison shot, 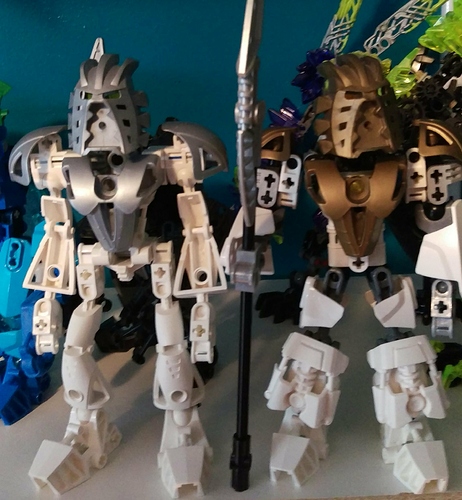 Don’t like the hips due to lack of natural articulation, but otherwise it’s really nice. |Good job! 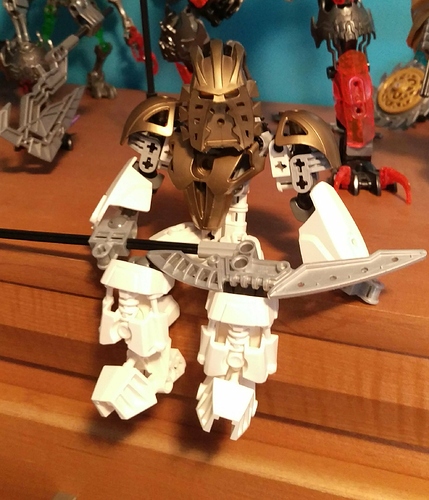 This is great! Any chance we can get a closer look at that custom torso?

I don’t want to tear him apart, but hopefully removing a few things will give you a basic idea. 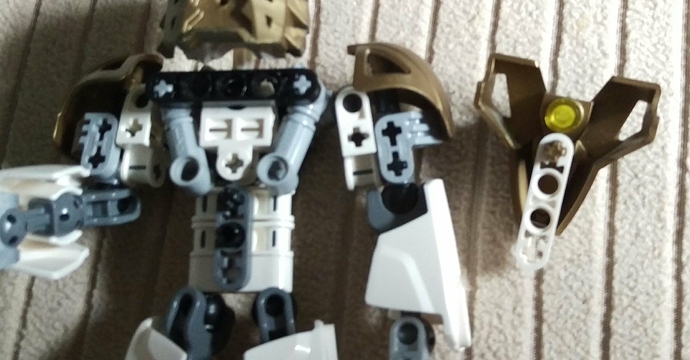 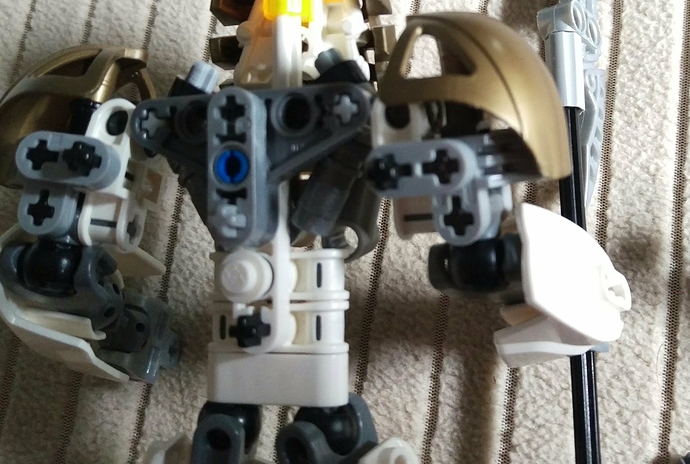 can you make a CCBS Makuta?

A very nice little moc. I always enjoy seeing revamps of sets from the golden years, especially when they look similar to their original sets while still adding articulation.

Its not bad, the hips look really bad imo, not cause of articulation, they just look bad.
The rest of the moc does look a lot like Takanuva though, so it gets some points for that.

Nice to see you continuing to work around this torso design. Takanuva overall translates well into it, looking just as noble in stature as his official set version. Looking at the design of the hips, I was a little worried leg articulation might be hindered, though the fact that the legs can be rotated negates that.

He’s in the last picture(and has his own topic), granted he doesn’t use a lot of ccbs, but at his scale he really can’t.

This design gets 90°, what else do you need?

Yeah, when you turn the upper legs.

So? It works and, at least imo, looks fine.

This is really accurate to the original, I especially like how you designed the shoulders.

Thanks! That’s even more intricate than I thought.

So? It works and, at least imo, looks fine.

I think you miss the point.

I’m not making a comment so you can say “well I don’t care, so deal with it”. C&C stands for Comments & Criticism, and I don’t believe I’ve said anything disrespectful thus far. So at the very least please don’t treat the partially negative comments on your concepts as irredeemable babble.

Chill man, people are allowed to disagree with you without it being a personal insult.

It looks nice, but it seems to be a Av-Matoran for me.

You’re one of two people who have had a problem with the hips, I think they’re fine, the majority of people who posted think they’re fine, you’re going to have to explain to me why the articulation bothers you so much when you’re in the minority.
I listen to criticism if it’s a majority opinion, from someone I respect, or something I can see myself, I don’t just change things whenever someone doesn’t like something.