(Note: This moc is replacing the role my prior moc, formerly known as “Kalza, god of fire”'s role in my Bionicle story.) 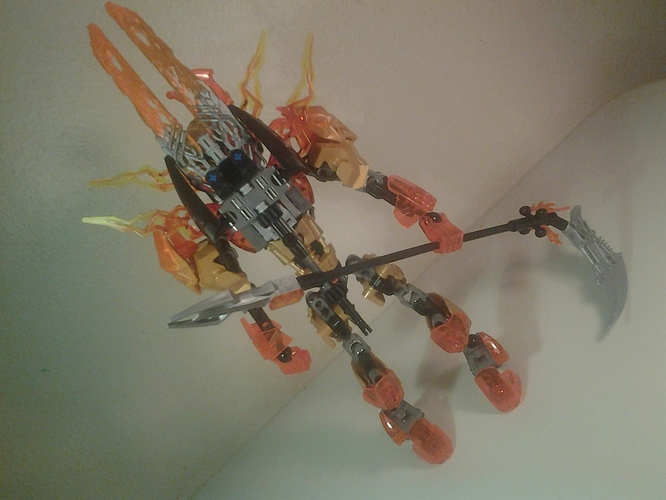 “The protectors tell tales of those who came before. Before Okoto. Before reality.” 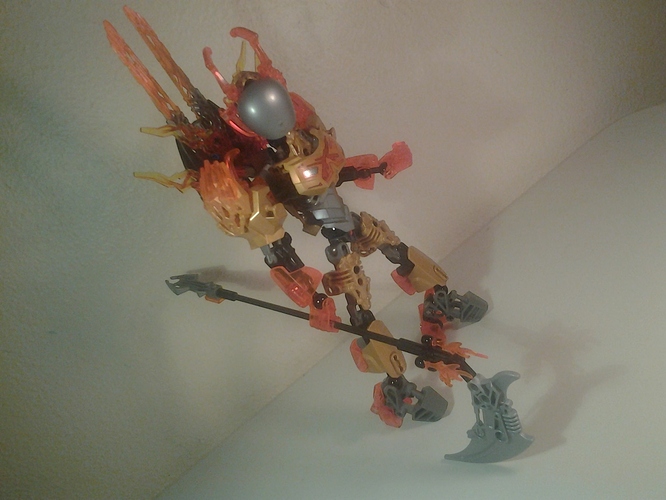 Celosia was one of the eight deities, who formed the world and Okoto so long ago. 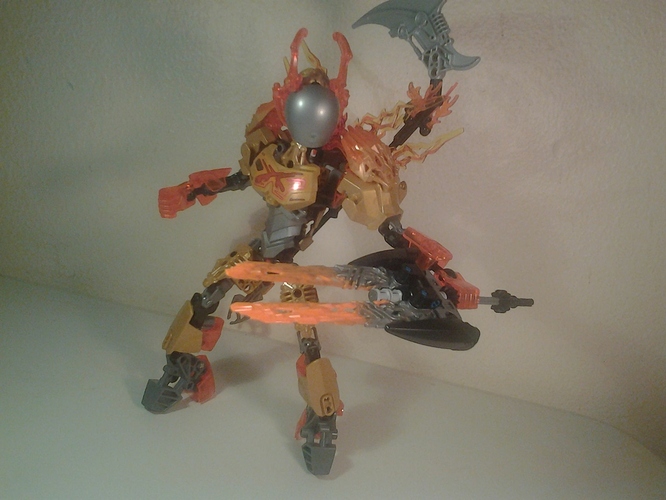 As one of the eight deities, Celosia held the source of the element of fire itself inside her. 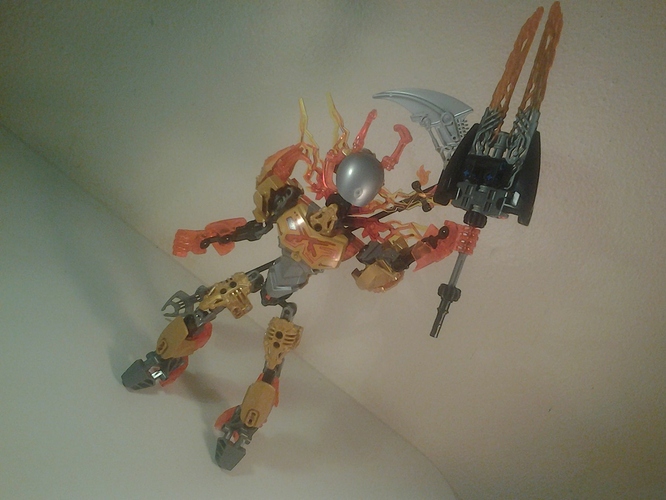 Celosia played a key role in forming Okoto. And also created Ikir, the creature of fire, to act as the embodiment of Fire on Okoto in her absence. 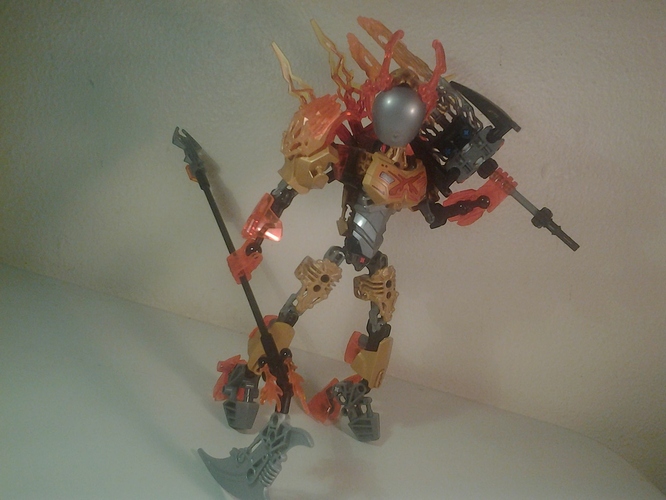 Her more commonly used weapon is known as the “Singe Scythe” which she uses to channel her element through, and use against lesser beings.

Her second weapon is called the “Flame Fracture blade” Which holds unspeakable power, and is rarely ever used. 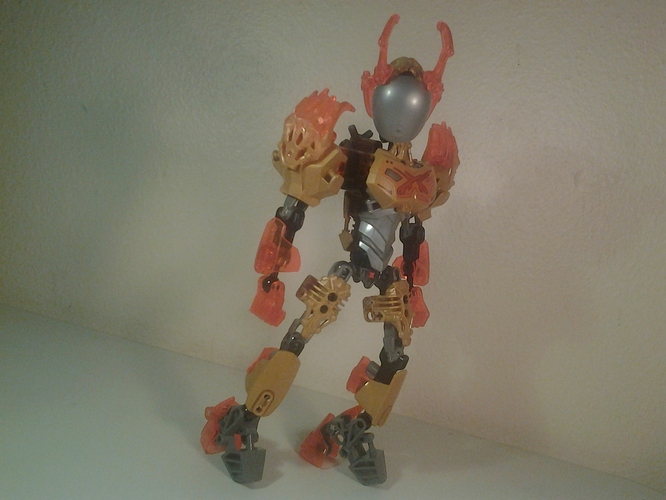 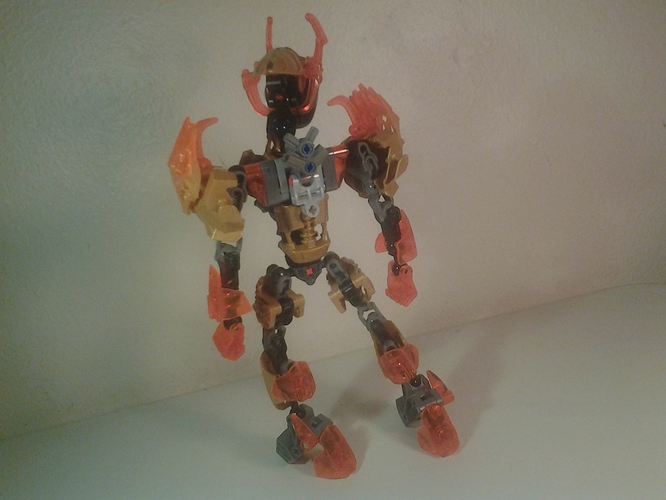 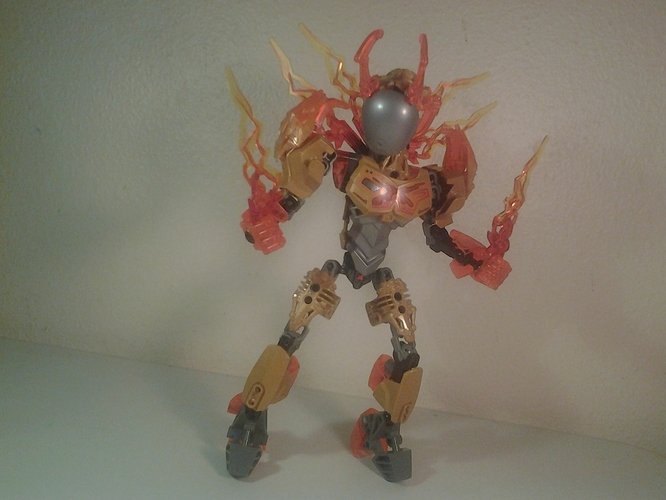 Celosia holds a strong lust for power, and is determined to destroy the seven other gods to become the single most powerful being in existence. 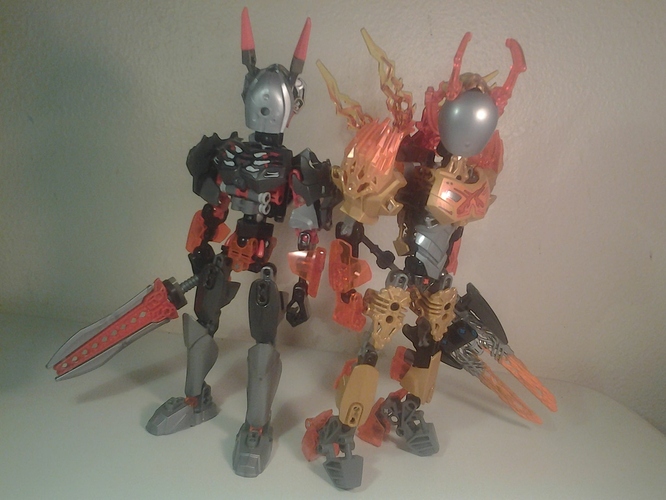 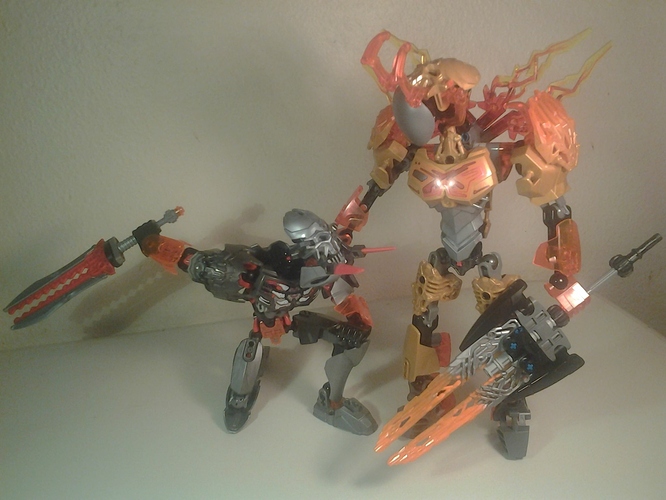 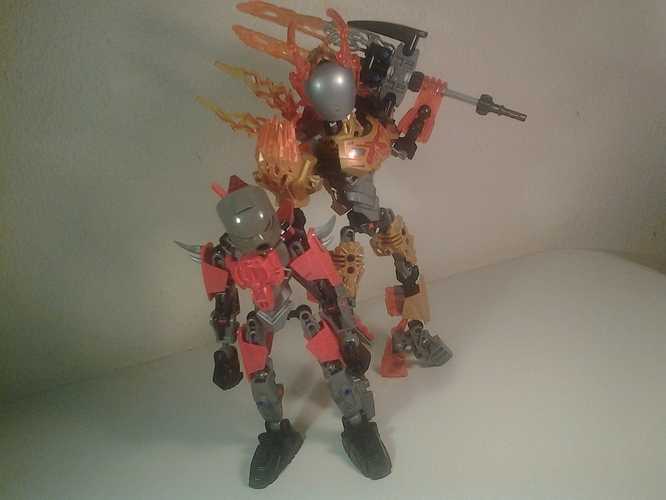 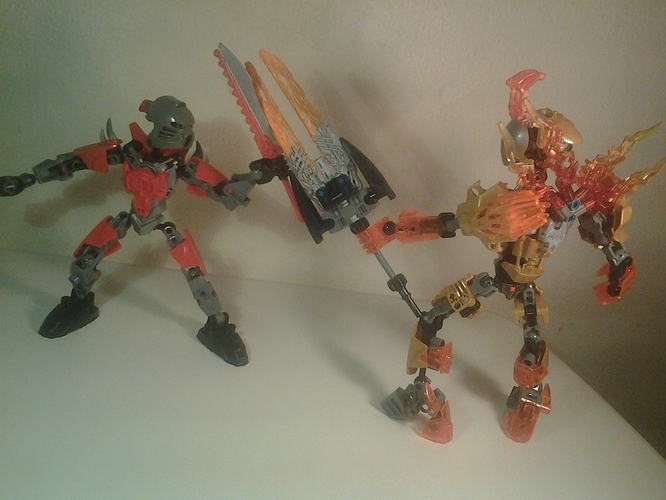 Celosia is also the creator or “mother” of Reina and Toa Kasai. And has been manipulating them for most of their lives. 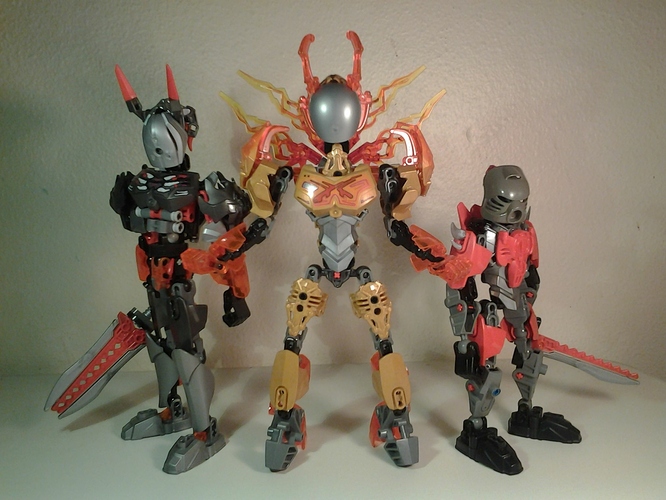 Much better than the previous god of fire. However, I’m not very fond of the silver on her chest.

I rather like the this moc my only issue is that the head is a little large. Other then that a lot of really good moc.

She has no face. Other than that, nice and simple MOC.

She has no face.

I love that head for some strange reason, by any chance can we could get a how to?
I love her feet and how they are built.
Her limbs are a bit on the simple side but it doesn’t bug me that much.
I think her sword is pretty neat.
Overall I find this MOC to be groovy.

Well all of those GIF’s are going onto my Computer.

@GIF.Man.Ben Hey, why grab one “Yessss” GIF when you can have FOUR?

I just have this feeling, that me and you are going to be great friends.

I love that head for some strange reason, by any chance can we could get a how to?

It’s basically a heavily modified Alieraah head, but yes I can show you what I changed.

Definitely gets the look of a goddess of fire across well. I really like that head design BTW.

The horns look rather nice. The bodies a little elongated, but it’s pretty decent overall.

she looks lovely, nice use of pieces.

I like the look of her, especially the dispersal of the gold and the trans-orange

You’ve successfully made me laugh quite a bit, and thanks for the feedback.

I really like the face you’ve given the MOC, it looks very unique and the sword looks great , but the silver chest looks off, but not terrible.

Freakin fantastic, this one. That head is just about the most original and creative thing I’ve seen on here. The limbs are a bit spindly, but that’s clearly by design for the character. I’m not seeing too much feminity here, but that’s never easy to pull off. Those weapons are wicked as well.

I think the silver bits are a little off, but other than that, think she’s pretty awesome

Very elegant in it’s stance. Weapons are solid and creative! The Singe Scythe is particularly nice. However the Flame Fracture Blade is slightly mismatched here. The scythe works because it is sleek, yet powerful. The cleaver is just too brutal and bulky to fit with her in my opinion. Anyway, the custom head is nice (if a bit strange) and yeah an all round solid creation.