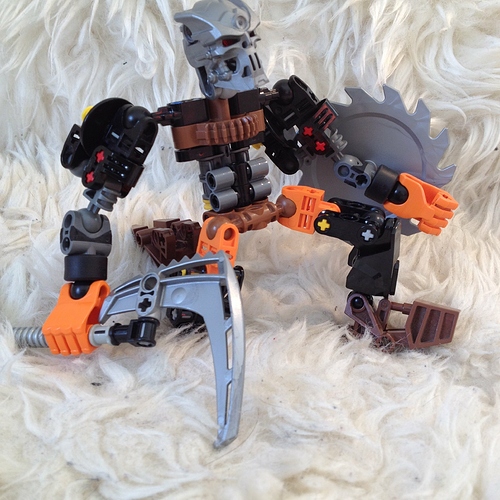 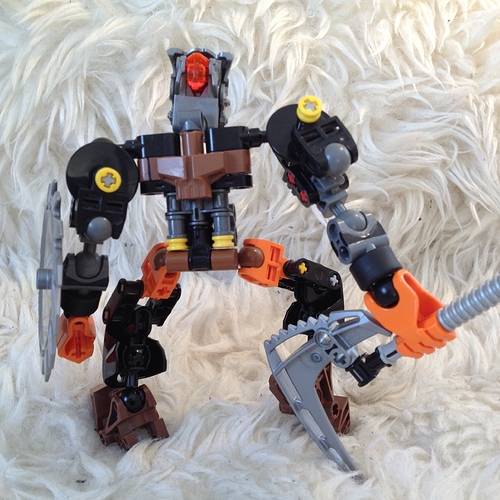 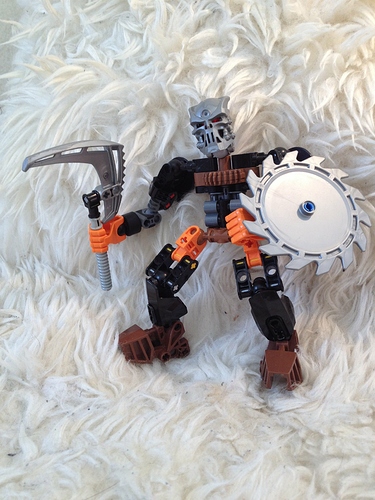 BIO:
Name: Obyron
Title: Chancellor
Race: Flayer
Gender: Male
Alignment: Neutral Evil
Occupation: Politician
Element: Psychic
Powers: Mind-reading, Slight mind-control
Tools: Scythe, Shield
Backstory:
Obyron is one of the first flayers to advance in ranks among other races. He seems like a good guy, but he really isn’t. The way he became a famous politician is through his ability to manipulate people’s choises. All he wants in this world is for everyone to become a part of his race; the undead flayers.

Flayers are a race composed of almost all races. Some people who know they’re dying often enhance themselves with robotic parts, allowing them to live on after they die. When one of these “cyborgs” die, they become a flayer.

Theme Song: Tear it up, by Hollywood Undead

I like the custom limbs and torso, however the lower arms and hands are awkward.

Very solid MOC here. He is very decently filled out, especially with the custom limbs. Well thought out!

Thanks, man
@BBricks Thank you, I see what you mean about the lower arms and the hands. I’ll try to do it better next time.

I think you should remove the wheels and shorten that part of the arm, it would make the whole thing more cohesive.

I tested it out, but shortening it made the upper arm look bad, and I can send you a picture of him without the tires. I didn’t really like it but maybe you do. (if so I might change it)

I’d love to see that.

Read the title as “Chancellor Obi-Wan” by mistake

Well, he does look like one. /s
I like the build, but it’s rather blocky in some areas (upper legs especially), and the color scheme looks kind of inconsistent. Otherwise, good work.