Hello. The title explains it all. Here you will (if you keep looking at the screen) see sketches of characters from the stories I'm "writing" more like collecting ideas, actually, MOC concepts, and maybe a few paintings.

Let's start things off with Kunque, King of Praskan, before going to war with the King of the Old Jungle and having his destiny revealed to him. He originally was the main antagonist of TH (placeholder-name for my main story) and looked much more modern. I wanted the Praskans to be more tribal, and this is the result of this redesign.

Here are two other fictional beings, in a way related to Kunque and each other. This one was a christmas present and - since I'm kinda lazy - was rushed towards the end. You can notice that on Trincid especially (his left leg is in a weird position, for example). Both of the depicted individuals are members of the Maszorej species (pronounced Maas-tso-resh) located in, you guessed it, Maszorej. Numbte is the country's greatest fighter, and is planned to take on Kunque at some time (Praskans and Maszorej are enemies).

IMG_5894[1].JPG2448x3264 1.87 MB
And if you're wondering about those numbers next to Numbte and Trincid, those are basically indicators for the order of their "births". Kunque is number 5.

That's it for now. I'm also writing on three Bionicle stories right now, each of them focusing on one team of Toa respectively. You can expect to see some of those in the near future.

the smaller elf-looking guy in the last picture reminds me strongly of Boros from OPM.

These guys all have a lot of character and charm. I like them.

That's interesting. Mostly because of the head, right? I didn't even think about Boros when I drew Numbte. The main inspriation for her was actually Pharah from Overwatch.

Edit: Updates!
First, have some use of colors (actually the first time I seriously tried to paint, based on a photograph from somewhere out of town)

Then, some busts, left and right are both Maszorej, the middle is a Katenuk (another race), and the right one again is the first design of a physical form for Trincid (based on a minifigure, heh):

And one of the best female/ human in general heads I've ever drawn:

That's it, for now. It would be nice to get some opinions.

The only fight scene I've ever drawn (violence warning). Depicted are Racar, who once was the main character of TH (left), and Kide Iorej, another Maszorej:

One drawing that's almost perfect (except for the head, it's just too large), showing Honetia, who's (kind of) number 11, realizing what her role in the universe is, surrounded by the gods' and another very important being's spirit:

An early design of Banlan, number 7 (based on Raiza the Storm Monarch from Yu-Gi-Oh):

And finally, the first thing in this topic related to Bionicle. Feroke, Toa of Iron and leader of the Toa Kona (if I had a copper Hau, this would be how he looks in Lego-form, too):

More colors!
These will look more simplistic, due to my inexperience with colored pencils.

Second, a stylized version of a MOC I'm working on, a Toa of Water (the model doesn't have legs yet, so those are just substitutes and a bit too short):

Third, concepts of some other Toa, Feroke in the middle (the right one is really inaccurate in comparison to the Lego-version):

I made a DeviantArt account, so I was busy there… but here’s some stuff.
Maszoran brawler (click for full image): 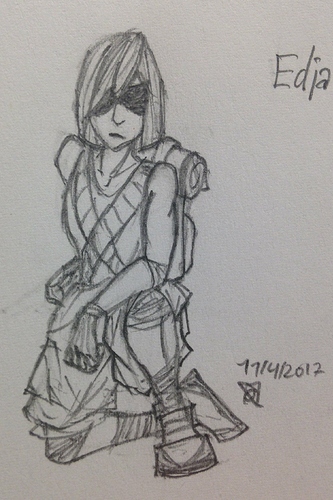 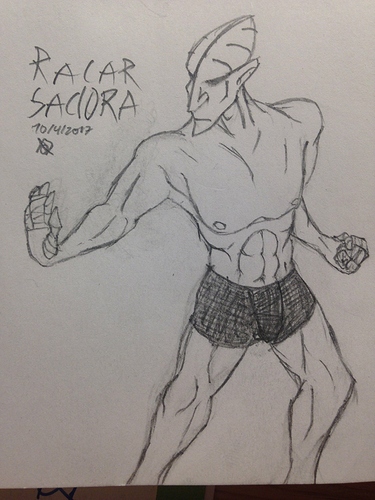 (call my name and save me from the dark) 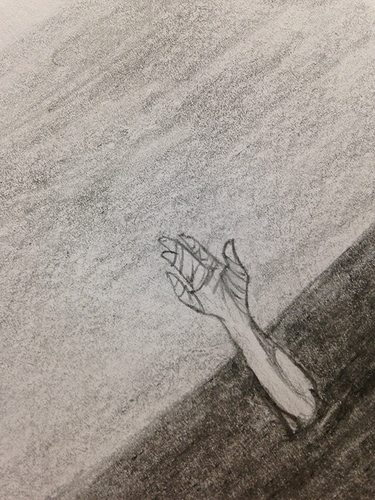 That’s all for now.

I’m losing interest in this site, I don’t know.

A sketch that will never be finished: 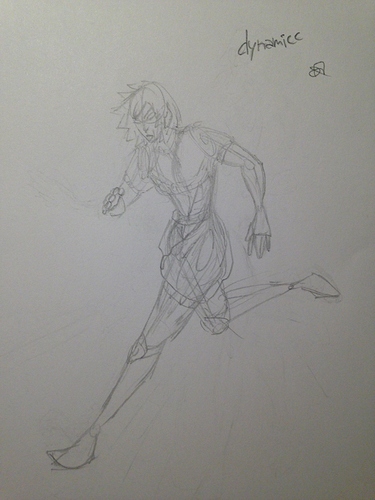 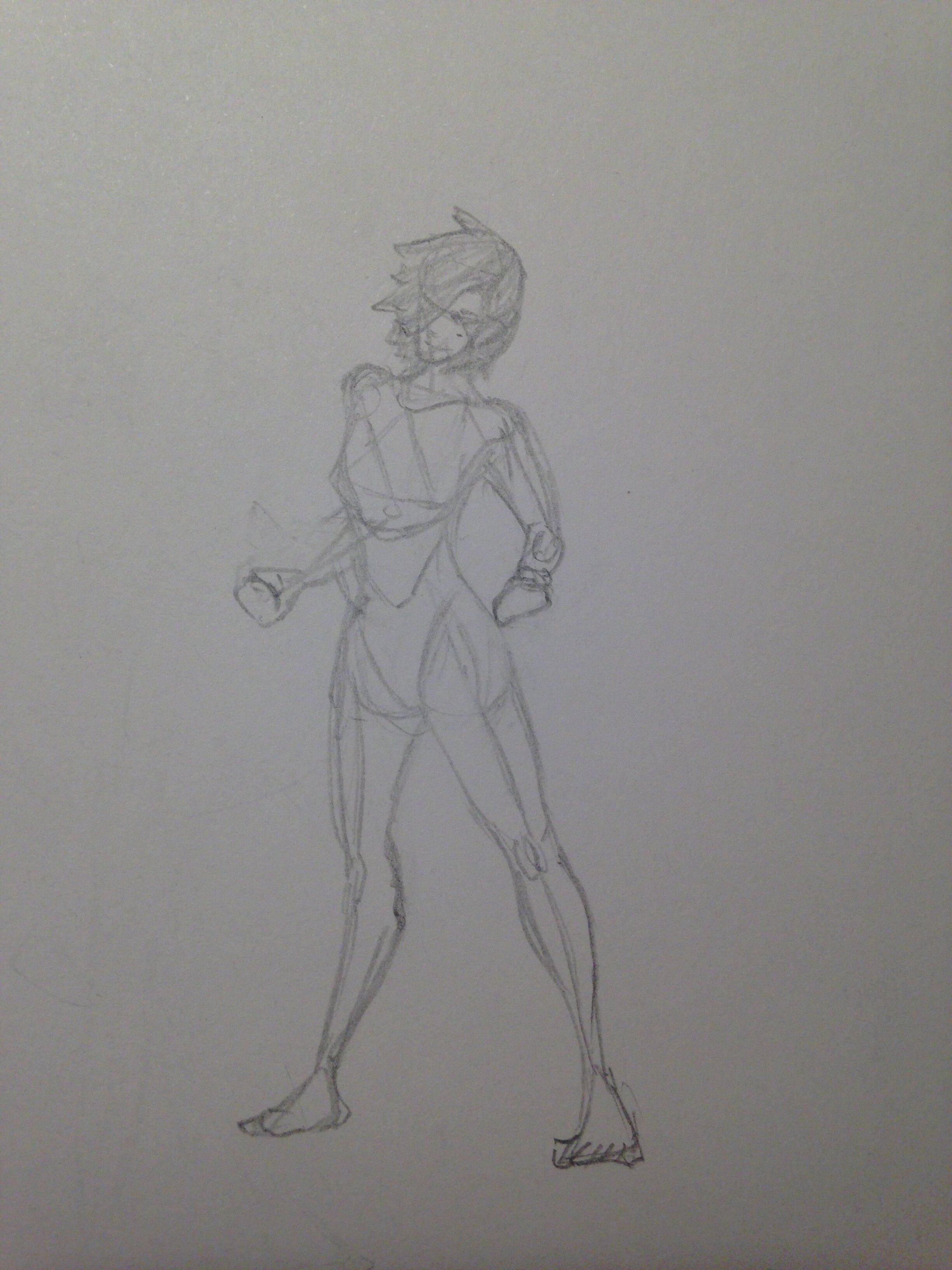 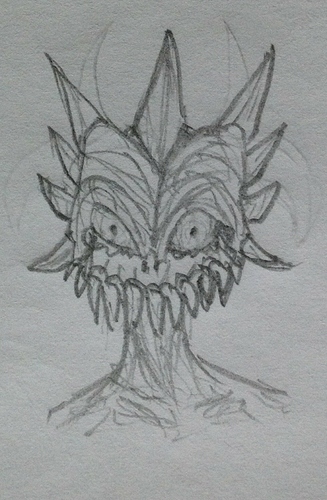 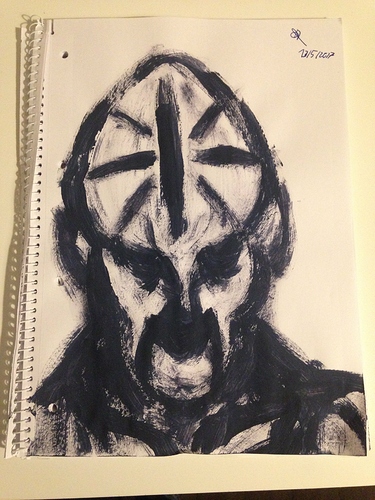 See you whenever someone decides to comment. Have a good night.