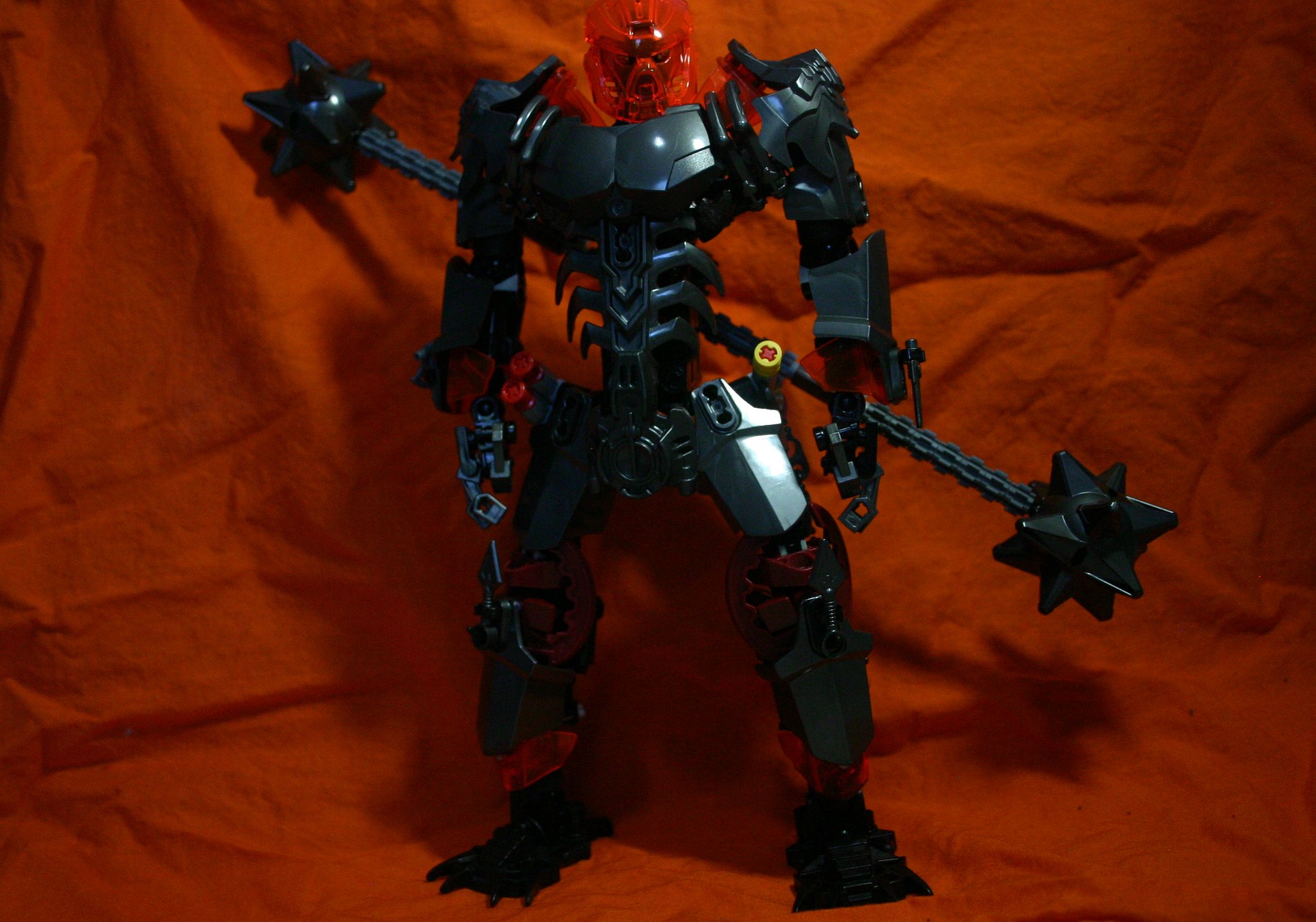 One of the few living beings in the Malevolent’s front lines, against his willl. Chrin was the sole survivor of the Malevolent’s defeat in he Battle of Lesser Erkelon, due to his material nature. Temporarily free of the influence that goaded him, he allied himself with the island’s inhabitants in an effort to atone for the harm he caused, though he is a divisive figure among those inhabitants. 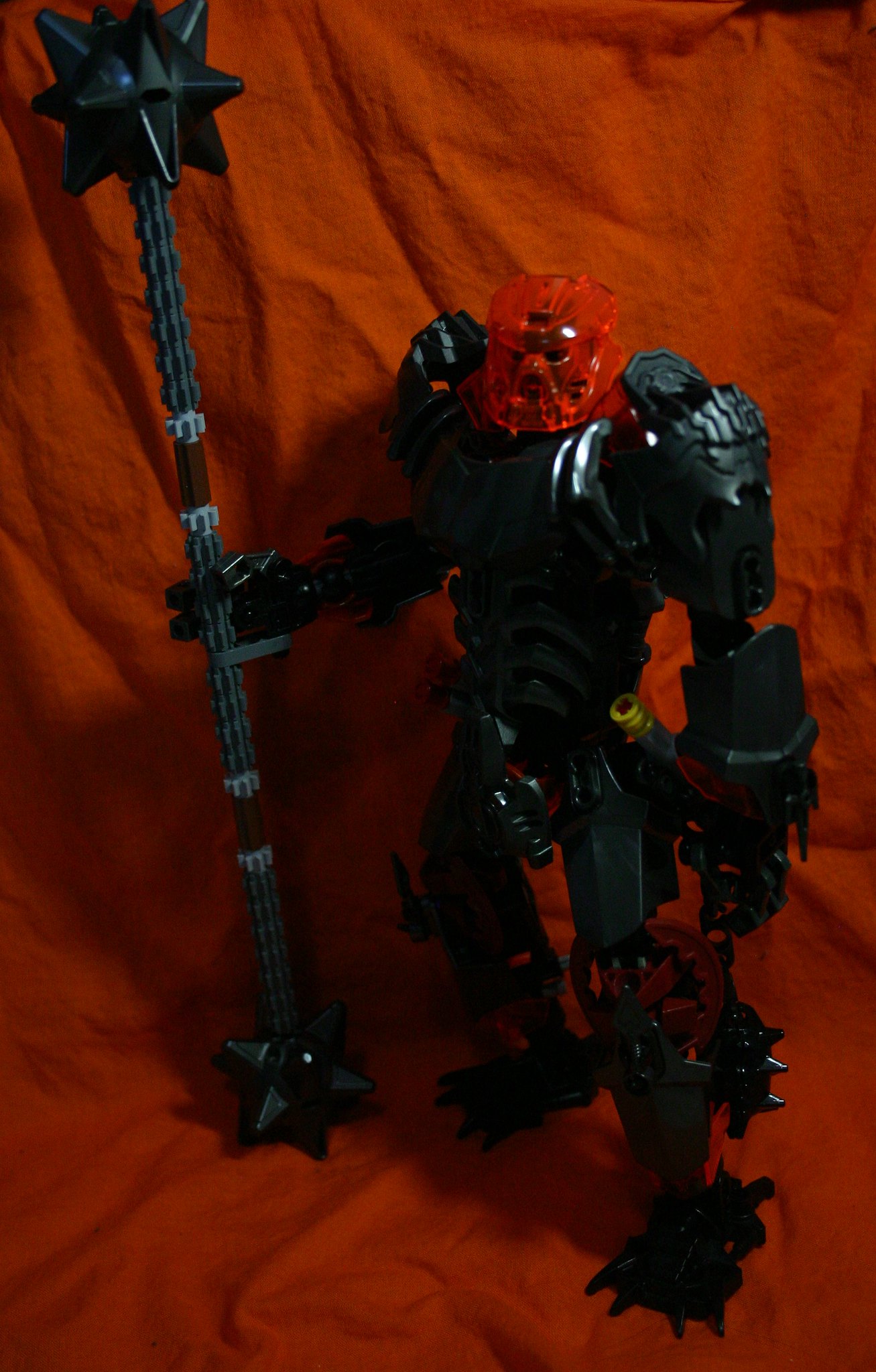 Since his debut form last year, I’ve been rather dissatisfied with Chrin. With this form, I wanted to improve his aesthetic, so that he was no longer just a guy in gunmetal, but visibly appeared to be a dark knight.

-A new shin design, prompted my the instability of the shells on the previous. The back of the shins still need some work once I get some more balljionts, but it doesn’t look as blocky/static as the previous shin design, a state I’d like to continue in future.

-A new chestplate and codpiece. The latter restricts his movement and forces him into a constant “power stance”, which I think adds to his character.

-Shorter thighs and forearms, plus some rearrangement of his secondary weaponry.

-The introduction of his primary weapon, a double mace. I had originally intended to give him a sword, but felt uninspired; this mace by contrast is simple but savage-looking.

This guy has a great silhouette! I like the mace too, very creative. I would love a better lit shot of the legs, because the design looks pretty solid. Can he strike other poses?

Really good. Some more trans orange would look cool though.

The background makes it a bit hard to see him but overall great design.

I would love a better lit shot of the legs, because the design looks pretty solid.

If it was better lit you’d probably see how bad the structure is.

Yeah he’s pretty posable, but I was having trouble getting good shots that fit with the background (I need a bigger area to take pictures in) as well as trouble with the lighting.