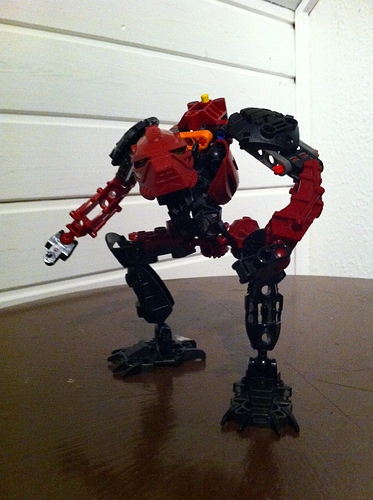 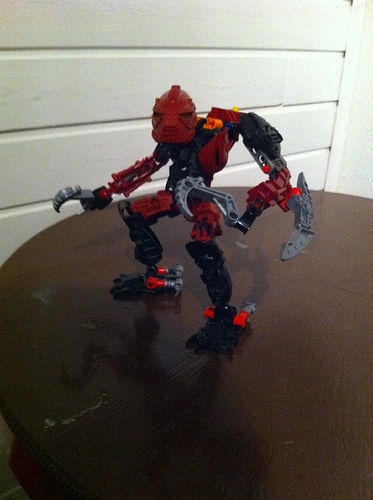 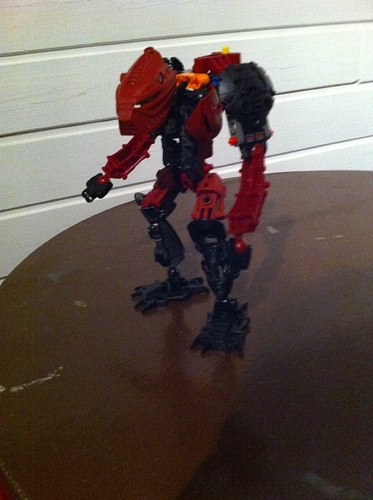 IMG_0123.JPG1936×2592 1.64 MB
His past is not known until the point of time he joined the dark hunters, where he was experimented upon. He is a example of the hordika venom however somehow he seems to have a strong enough willpower to maintain his psyche.
The experiments are working too a degree. On one hand he revealed information about his past, in his which states to have killed his former toa team after loosing control and having used their own tools to kill them. 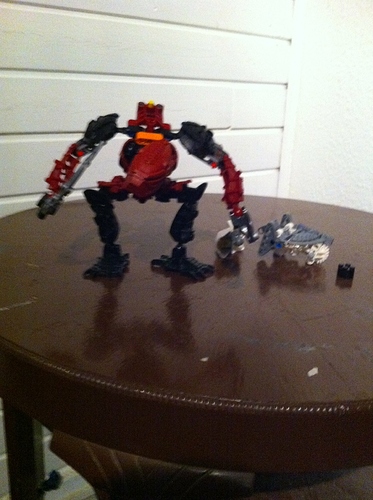 IMG_0125.JPG1936×2592 1.49 MB
On the other hand however certain words seem to instantly make him lose control. these words will not be mentioned here due too safety reasons.
He has successfully been upgraded with now having two built in arm blades and two extra spikes on his heels, he has also been granted two hooks which he mainly uses for climbing.

So yea that is the story/overview of my new selfmoc (i got bored of the old one). So yeah here’s a few pictures i guess. 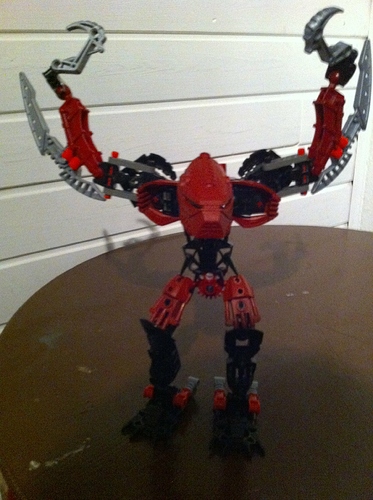 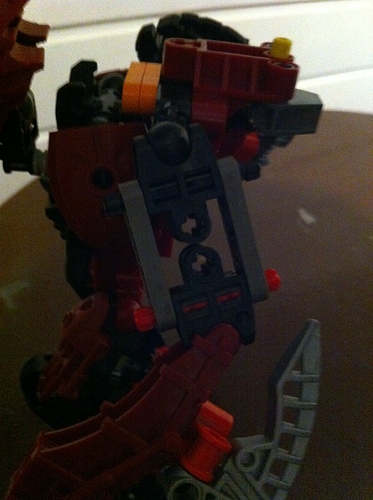 Anyways that does it for this MoC. Also i know the uncovered axels may give it an unfinished look but i think it adds to the character. The orange part in the neck. sorry, i wanted to change it but only had white, yellow and these orange ones remaining.
But yea criticism is of course always welcome and feel free to comment what you think.

I like it. It has a nice and well balanced color-scheme

Nah but seriously, I’m not sure how I feel about the moc. It’s alright, but it definitely has its flaws.

This is a pretty nice MoC!

Backstory is a bit edgy, but it makes sense for a Dark Hunter.
As for the MOC, it’s pretty good. I don’t really have any problems with it. The MOC has a nice color scheme which is consistent, the build is a bit basic, but I like it.
10/10

By far the best moc yet, I genuinely like it, a little rough around the edges, but solid.
Reminds me of the first few mocs I posted to the boards.

Ok, its got-
a hordika vakama head
a black/red color sheme
and its name is Agony.
So, is its theme linkin park?

@DigitalDeath3321 as for the head a friend of mine recently gave me a vakama set so i really wanted to incorporate it into the MoC. And its real name is not Agony and no im not sharing the real name. Its classified.
@Novel Im not sure i see them but i am still new at making custom designs so it is to be expected i suppose.
Otherwise im glad most of you guys like it

it was just a joke…
anyway, i like the MOC, keep up the good work!

as for the head a friend of mine recently gave me a vakama set so i really wanted to incorporate it into the MoC. And its real name is not Agony and no im not sharing the real name. Its classified.

I think Digital’s description of this moc as “edgy” is the most fitting, in my opinion.

Favorite tactic: Stalking his target from the shadows and waiting for the perfect moment to strike.

he was experimented upon.

killed his former toa team after loosing control and having used their own tools to kill them.

Eh, the build is a bit basic, but other than that its pretty good!