So here’s a story. I decided that I wanted to try rp again so I built a new moc for that purpose. For the design I wanted to use a predominantly white color scheme with the MoC for a face. Then when I was halfway done I remember that @Ghosty already made a moc like that so if they seem similar in appearance that that’s just coincidence, I mean no harm to Ghosty and I’m sorry if it seems like I copied him.

So here’s the moc 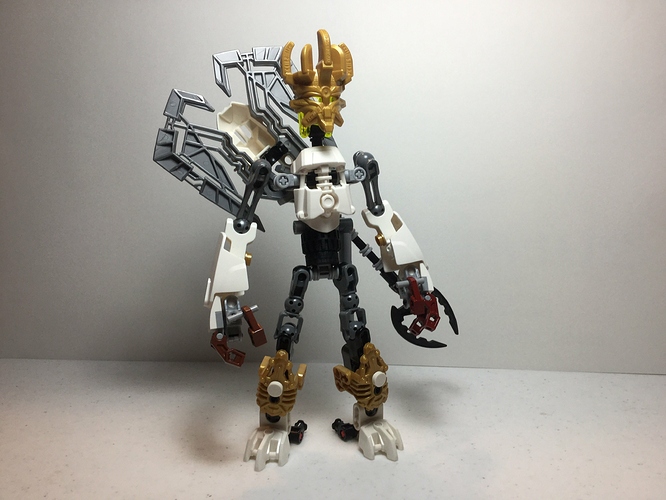 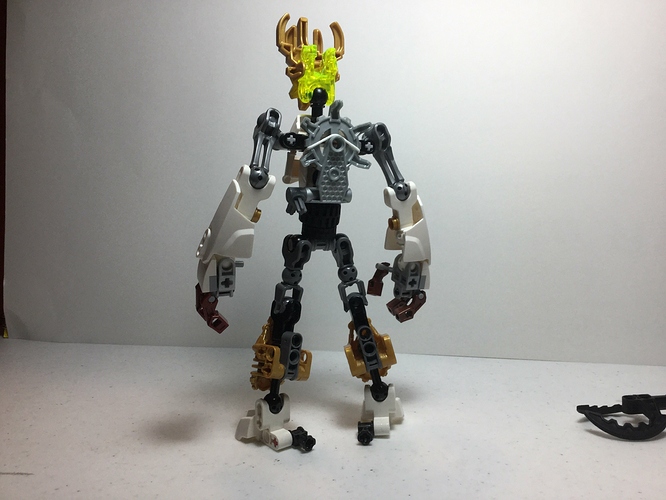 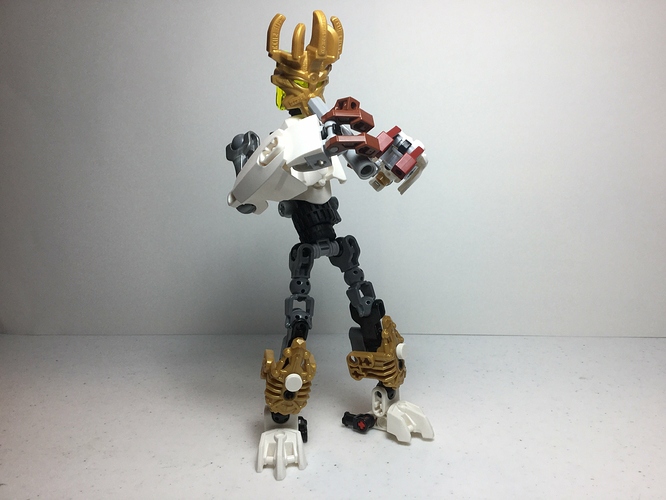 image.jpg3264×2448 1.3 MB
My main idea for this guy is that he’s a support character who plays music to buff his allies. Think some sort of bard class from D&D of the hunting horn from Monster Hunter. I originally had the idea of him having a torn as his main exesory which ended up turning into a flute as seen in the picture above. While he still has the flute I also tried to give him some sort of lute wich ended up becoming his guitar. My main concern with the guitar doesn’t really match the character I have planned for him (more on that later).
Him with his guitar: 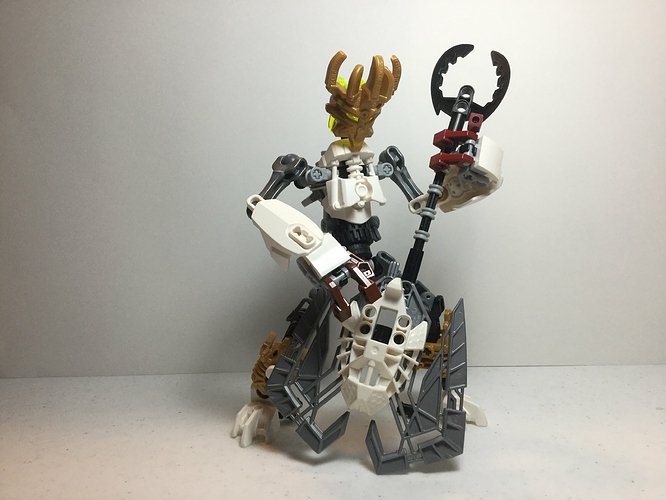 Character and personality:
For starters he’s a somewhat younger character with a sweet and innocent personally. He plays music in hopes of making others around him feel better and he’s always happy to help someone. His innocence child-like character however can have consequences however. He is naturally oblivious to things like subtext and often takes things literally. Even so he’s always there for a friend and will be by your side thick and thin

The build:
This moc is pretty small. For example his entire abdomen in just a single axel with some tires and ball joints on it and his upper torso is just a couple of old Bionicle hand pieces. 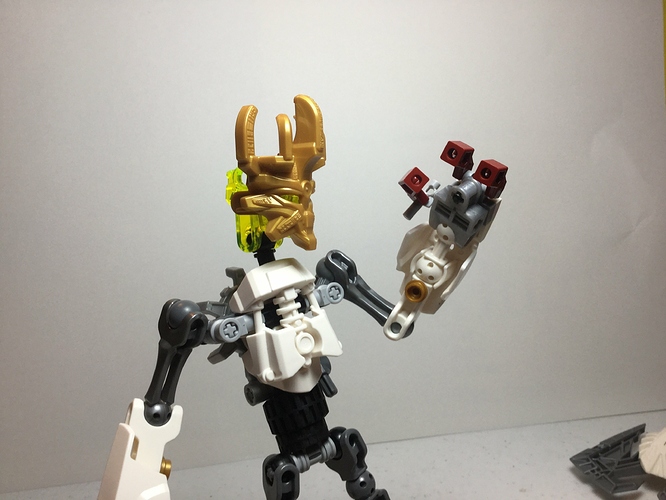 image.jpg3264×2448 1.31 MB
Probably the best part of him in my opinion is the hands. While the design is nothing new I think the fat-wrist-glove-look works well on him. The pins sticking out of the base of his thumbs are what’s used to connect his flute and guitar like so: 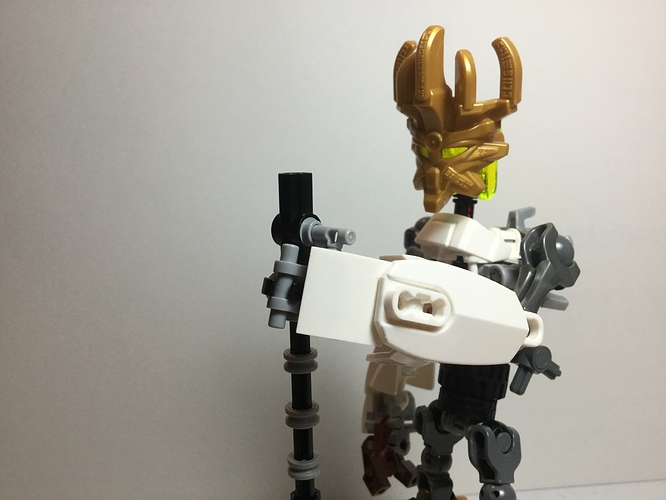 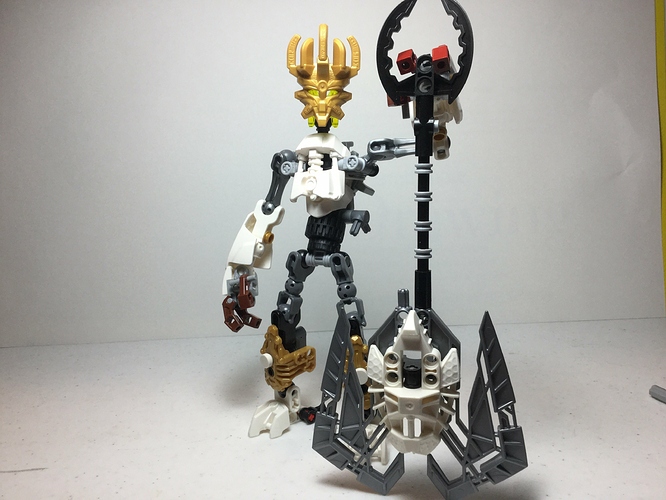 So tell me what you think!
C&C appreciated!

For next time’s moc:

I’ve been meaning to get these guys out for a long time. 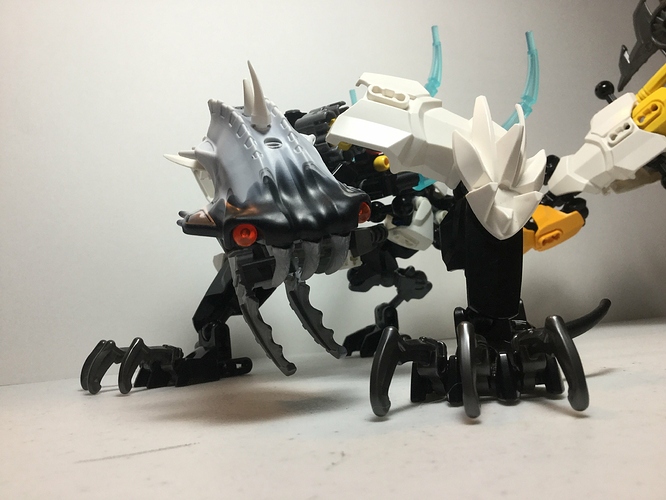 I like the name. The instant I saw it I thought “I am here to ensure that nothing is said that violates the terms of the White-Gold concordat” in Elenwen’s voice. oh,and the moc looks pretty cool.

I love his guitar.

It’s weird. I like it! Also his axe is an axe huehuehue