Cronk and Kylerak: The Result of a Local Lego Trade Store Opening Up - Part 1

Warning: Sorry for the grainy images guys! My camera on my phone isn’t very good!

So basically, a Lego Trade store opened up in the next town over from where we live, which isn’t too far away. As a result, @ToaKylerak bought a TON of new pieces from there, as well as new sets. This isn’t even everything he built with it, as he got two bagfulls of constraction parts. 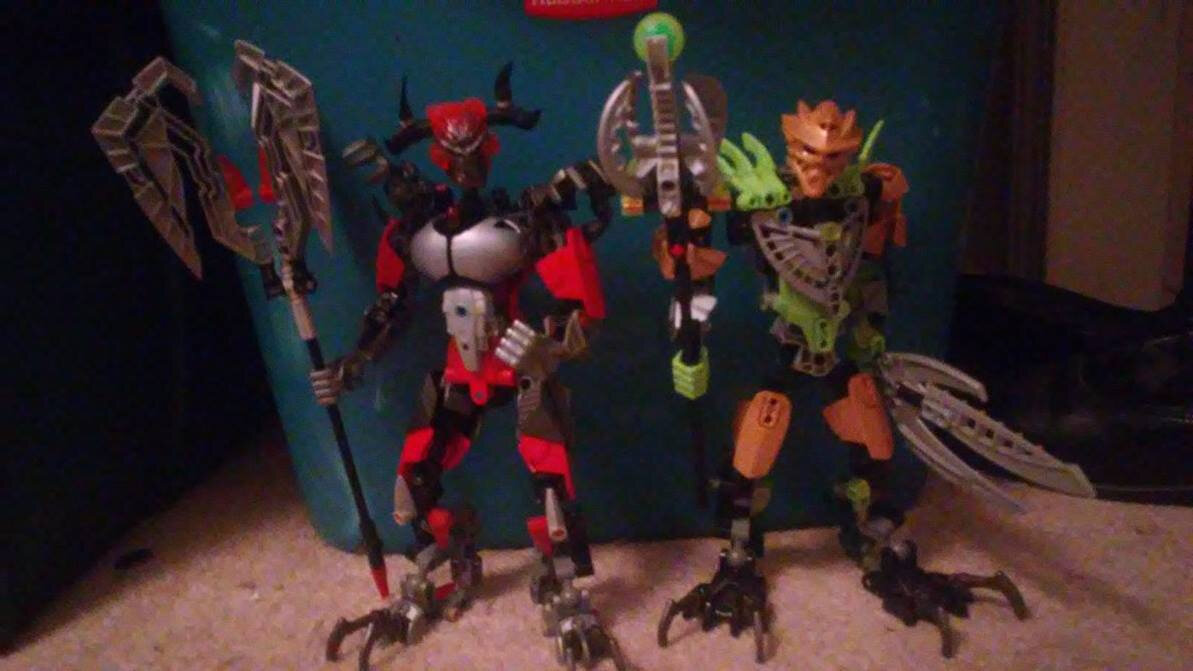 Let’s start off with what I built. This is an updated Flagra, in which I gave her Kulta’s staff because I felt it was fitting. Her mask comes from a secondary Umarak the Destroyer that Kylerak bought. I also did some tweeking with the legs for Cronk and changed things out, so now Flagra has the smaller feet. They also both have gear functions. 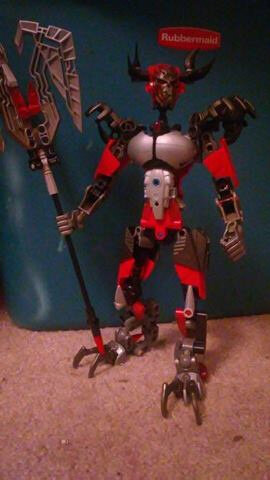 There’s quite a bit of Bohrok eye pieces on her. I also gave her small horns now and some Rahkshi arms. 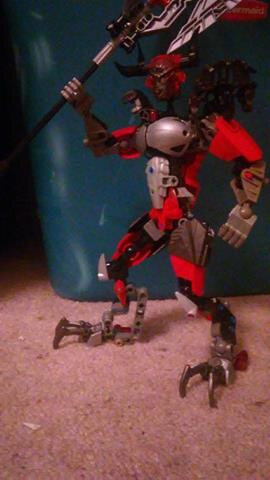 I tried to add the Umarak shoulder pads but they wouldn’t fit very well on her for the gearbox. If anyone has a better way, please let me know! I’d love to modify it! Also the neck kinda sucks. 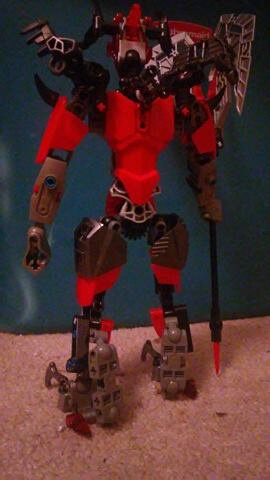 And here’s the back. The piece actually fits quite snug on her, and it doesn’t conflict with the gear in any way. 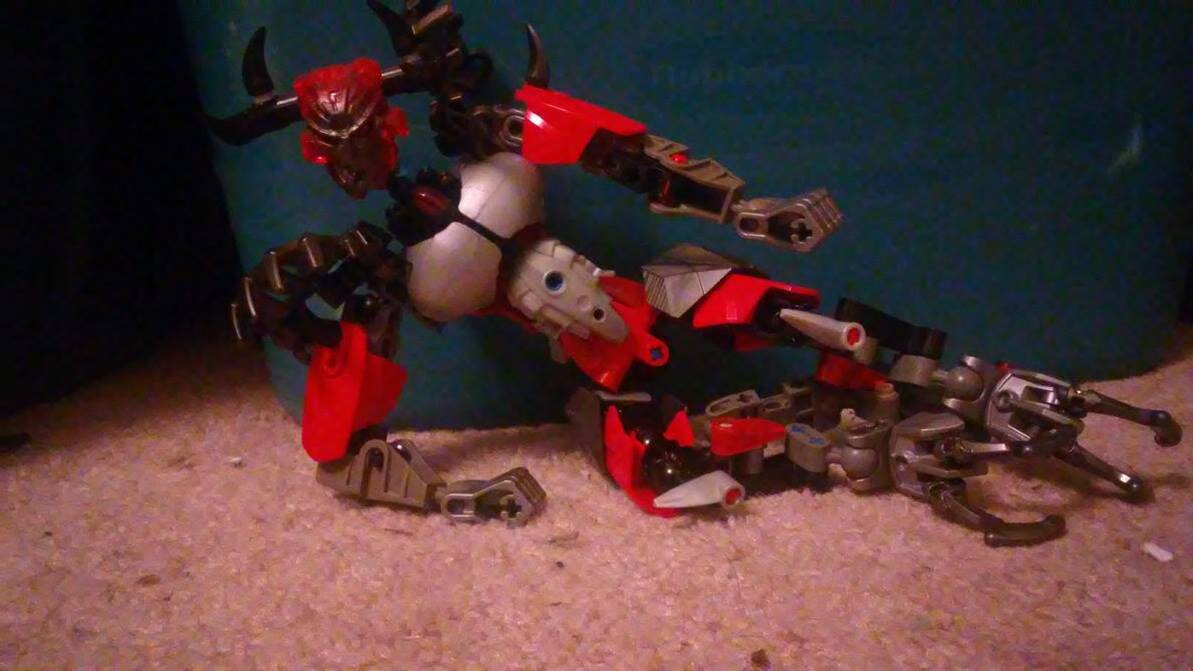 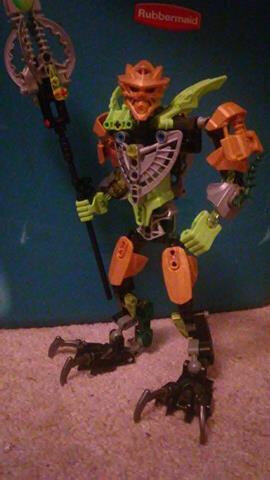 And here’s the most updated Cronk. I’m still happy with how this turned out. 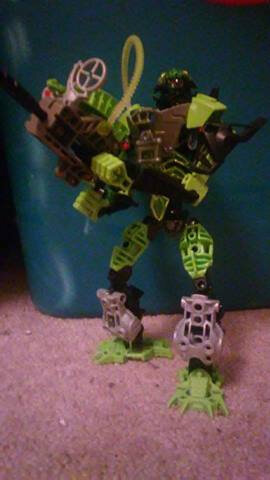 And onto this guy, Baze Malbus Quiller. He uses some of the CCBS pieces my brother got.I built this guy like the last few MOCs, and I’m happy with how this guy turned out. 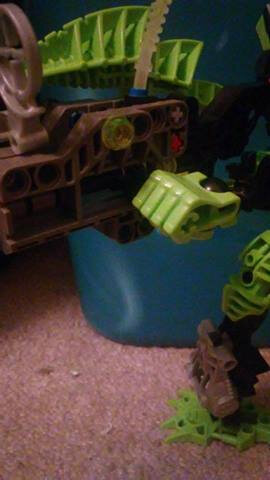 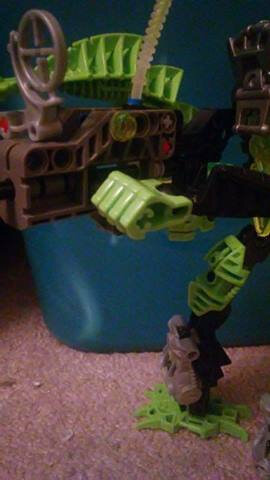 This function is kinda loose, but basically he can “reload” his gun after firing multiple shots. 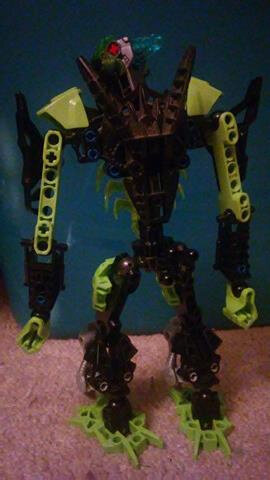 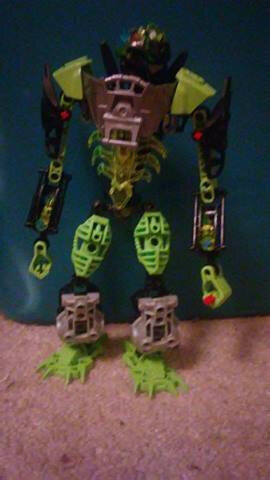 I hate how long the arms are, but I didn’t have any pieces left to make them shorter. RIP. 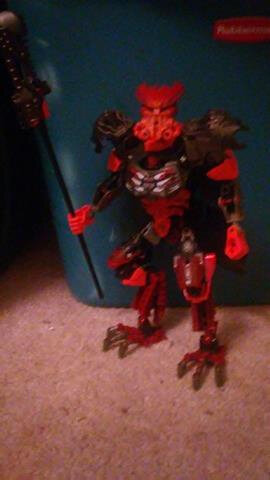 And here’s @ToaKylerak’s self MOC for Gen 2. Definitely better than mine, lol. 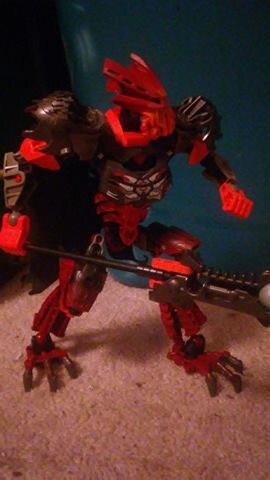 Kylerak actually used a system piece there for the neck, which I thought was pretty cool. 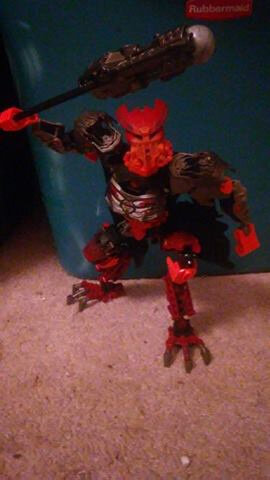 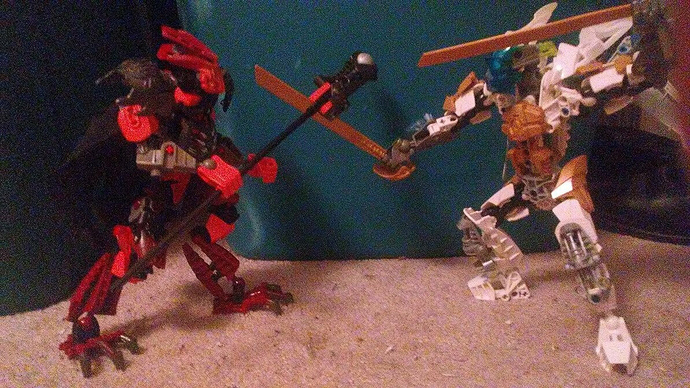 Suddenly, a new challenger approaches! Kylerak’s Tenshi decides to duke it out with Kylerak! 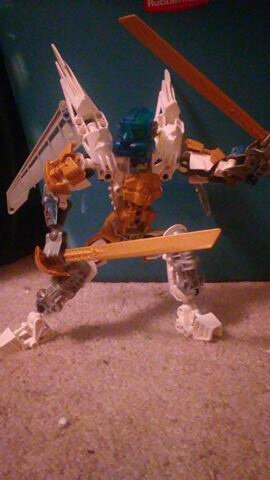 This guy is just pure anime, plain and simple. Why the mask is blue? Well… Ask Kylerak about that. I’m not exactly sure. 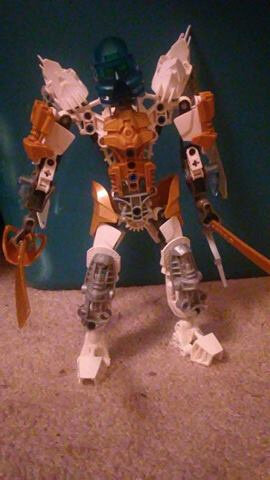 He even has a little blade protruding from his arm. 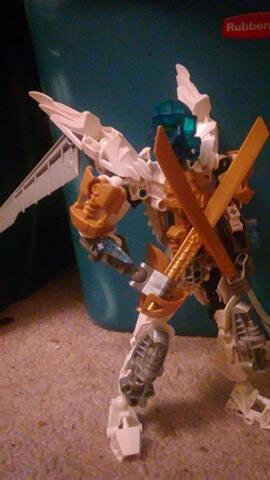 More of the CCBS and even the swords are from the trade store, which made Kylerak a happy man with the blades. 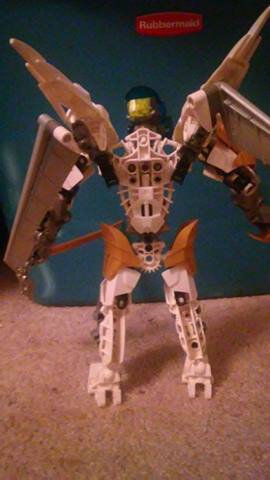 And here are the wings. 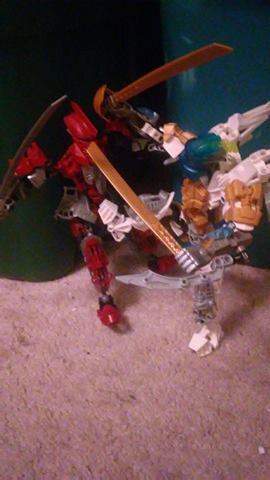 And here we have Tenshi beating a guy up. 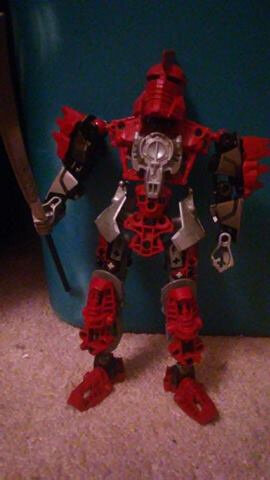 To be honest, he’s not really my favorite. The things at the side are supposed to be a skirt. 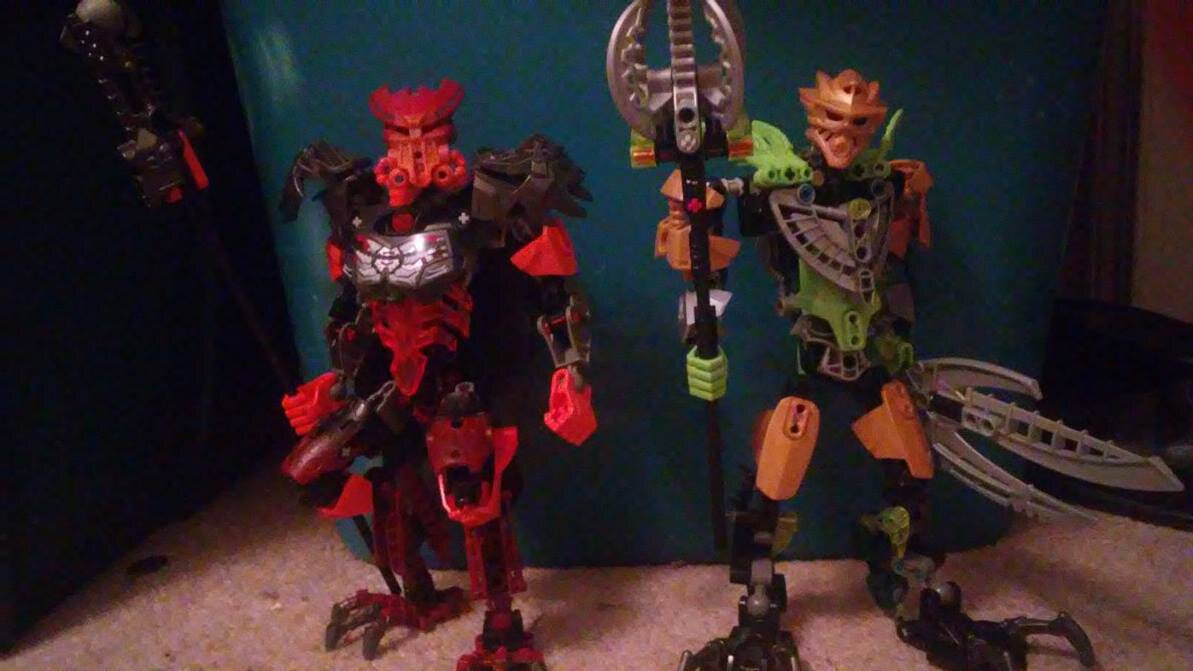 And here is the two brothers, standing next to eachother! 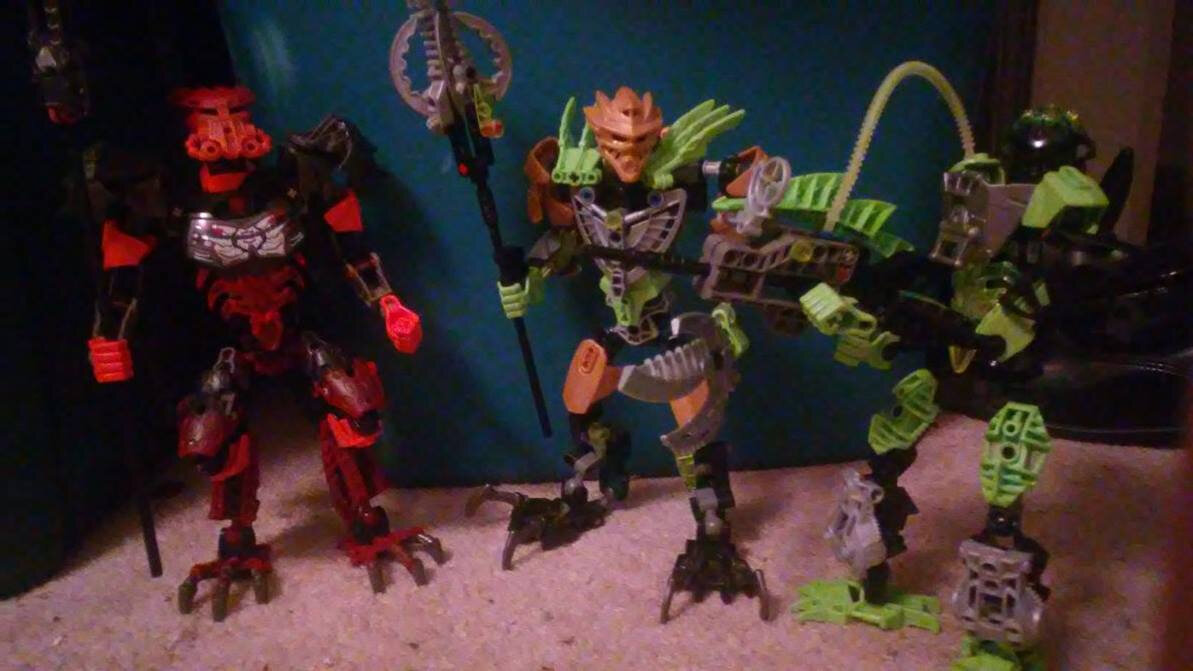 Or you can make that three, since the third one is inspired off of my second eldest brother, @Axxon!

I hope you guys liked the MOCs! Criticism is appreciated, as usual. Also, I’d love to know what you guys would do to help me fix Flagra.

Whoever this Kylerak guy is I like it. His self moc is pretty cool if you ask me. I hope others comments can help improve these mocs. That skirt thing though.

Her mask comes from a secondary Umarak the Destroyer that Kylerak bought.

except it came with Ekimu.

RIP. Did I mention we got an extra of those as well? Lol.

The Mocs are great for the parts they use…Wait…part 1? How much did you spend at that trade store?

Kylerak has spent about 40 dollars or more.