Het guys I have finally had the opportunity to upload a picture of my first, still assembled, M.O.C.
Here he is Crultaka the Skull Pincher 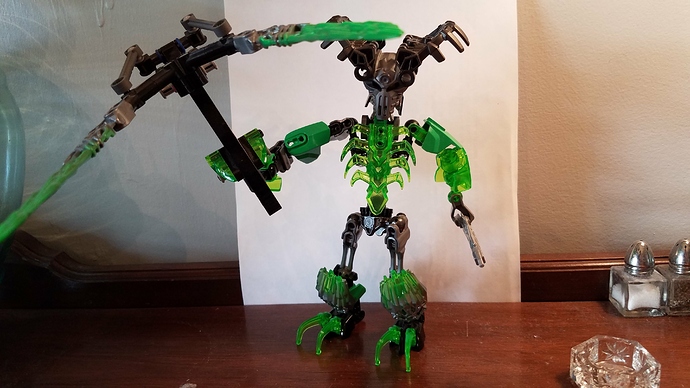 20170530_172156.jpg4032×2268 2.06 MB
He was once a lifeless body that was sacrificed by tribes in Honor of Makuta. Before his death his hand was cut off to be placed among other in a strange cultist idol. The rest of him was thrown down the same pit Skull Slicer fell into. Once the shadowy figure known as The Dark Master found him his body was resurrected and rebuilt along with bits and pieces of Slicer which may explain his insanity. 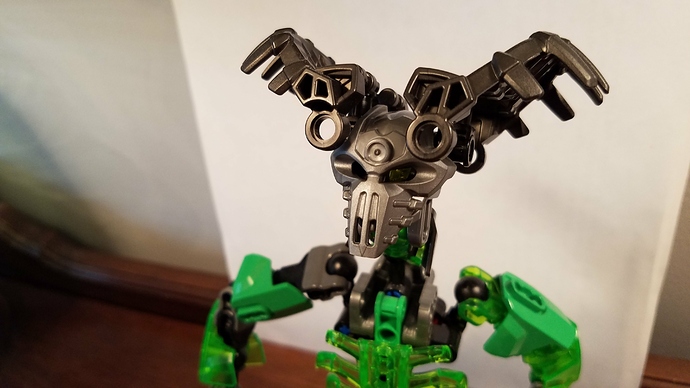 With his hand replaced with a claw he now seeks vengeance on the toa for not stopping his death.

Pleas tell me what you think of this M.O.C. Criticism welcome, It’s not a Mech, exo-suit, or Exoskeleton by the way.

with a name and posture like that how does anyone take him seriously?

The upper arms should probably be changed as it’s the only solid green on the moc. It’s a good start tho.

Your right, at least his origin is interesting.

with a name and posture like that how does anyone take him seriously?

You do know his claw can break masks, while Kulta the skull grinder at full power could only crack them right? That alone should signal his threat levels

A great point has been made I humbly apologise.