This here is Tektan AKA Claw, she is a mentally unstable and psychotic Ga-Matoran from Metru Nui who wore a powerless Hau, prior to becoming a Dark Hunter, she killed the previous turaga of Metru Nui and killed several Matoran during the Toa-Dark Hunter War, she also attempted to kill Lhikan before Nidhiki (before he decided to bretray Lhikan) unintentionally threw her into a vat of Energized Protodermis, mutating her into what you see now. When Tektan was recruited into the Dark Hunters shortly after the war, she was first partnered with Nidhiki but because the Shadowed One caught her trying to kill Nidhiki, Avak, Eliminator, and Primal, he immediately reassigned her as his right hand lady while Nidhiki was paired with Krekka, Her mutations were avenged by Teridax when the makuta killed Nidhiki and Krekka, and upon moving to Spherus Magna, her mutations were reversed by Mata Nui. She is a highly feared Dark Hunter, and even Lariska, Darkness, and Eliminator all fear her and because she specializes in murder, the Dark Hunters have a saying “Don’t make the Shadowed One angry or else you will face Claw’s murderous rampage” (this isnt a joke topic, this is showcasing her and giving her a backstory so that she can have some character) 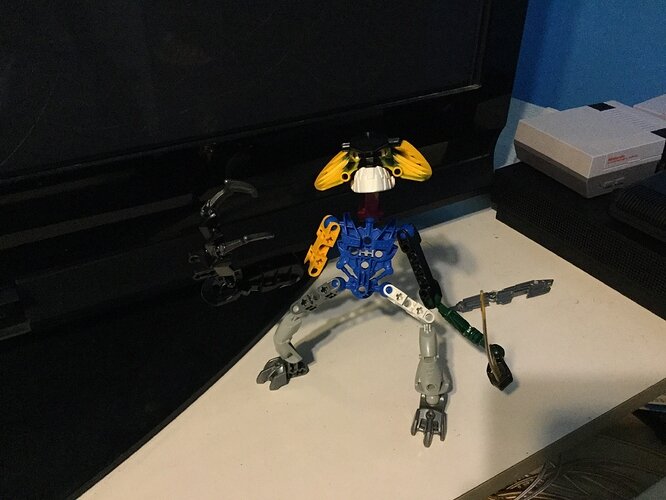 for future reference, mocs go in the creative content section under lego creations

Remember no Joke Topics are allowed.