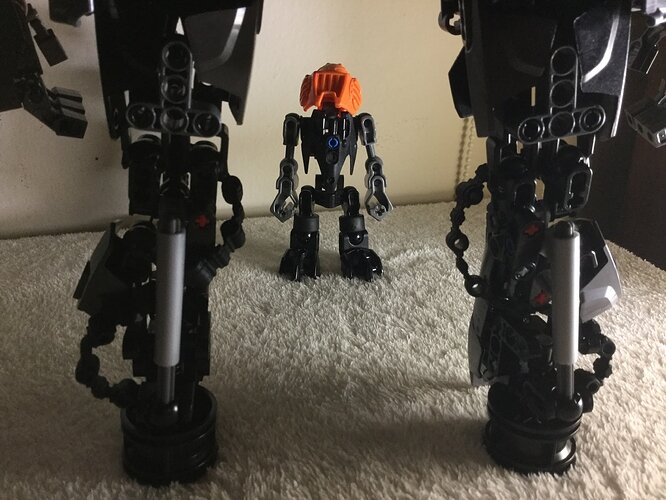 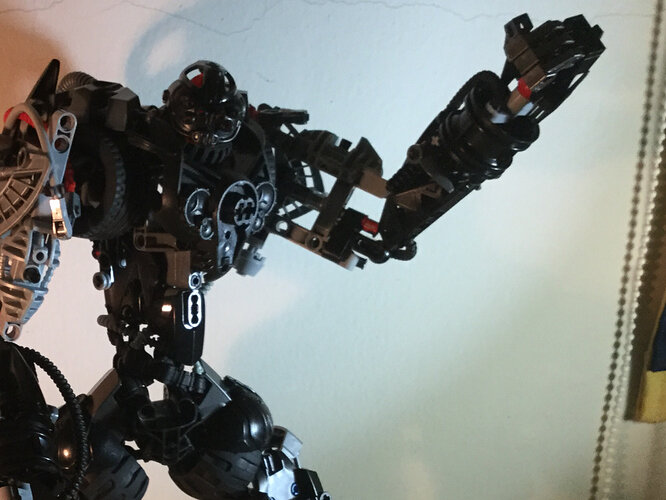 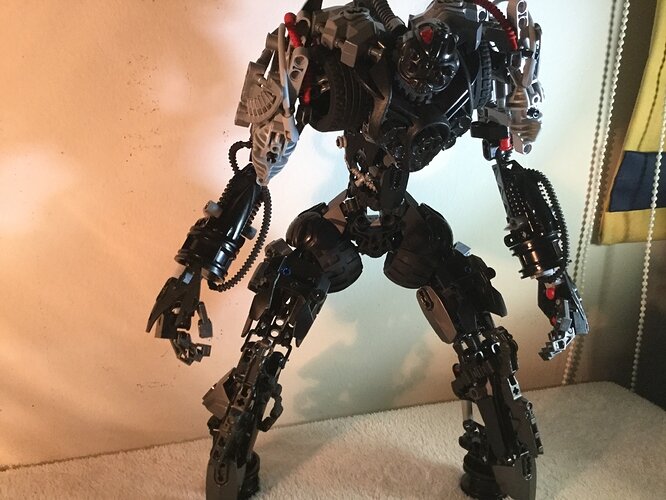 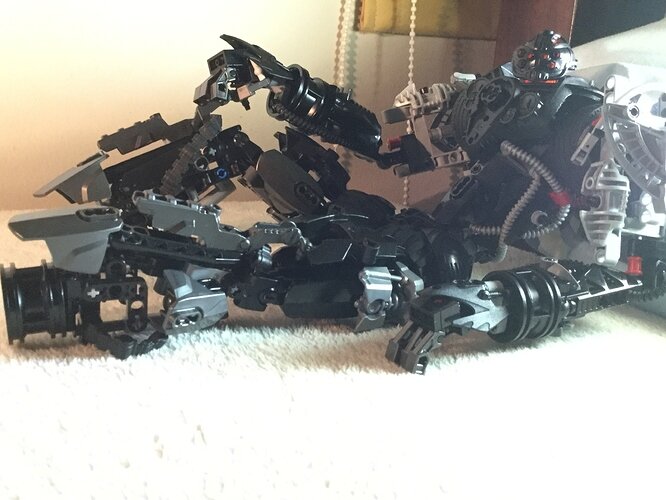 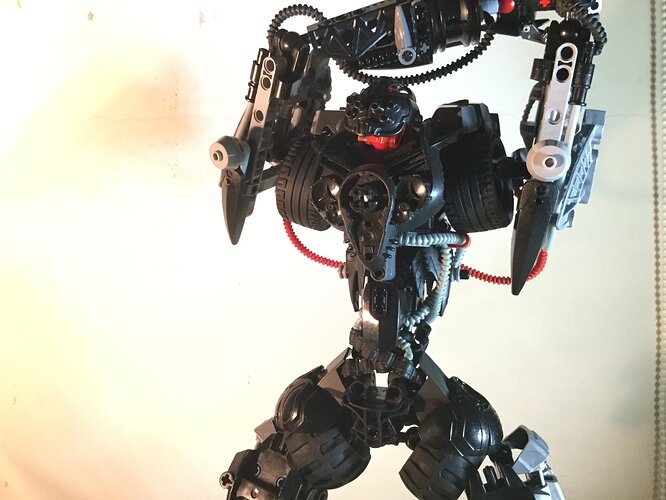 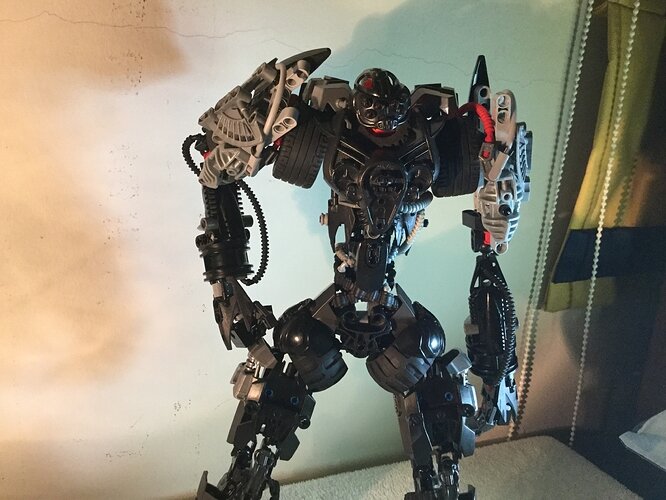 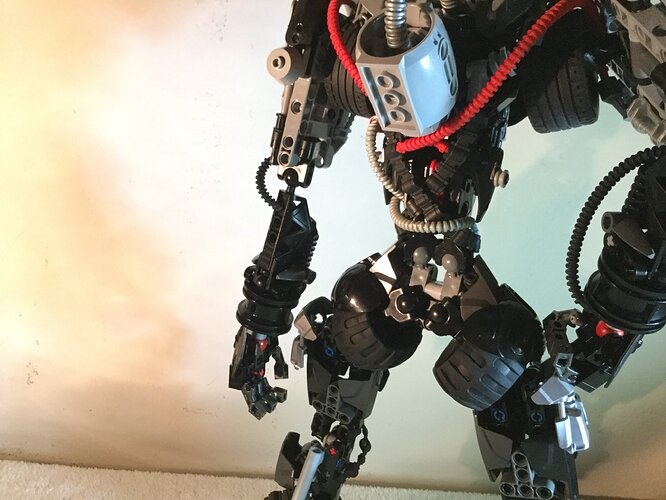 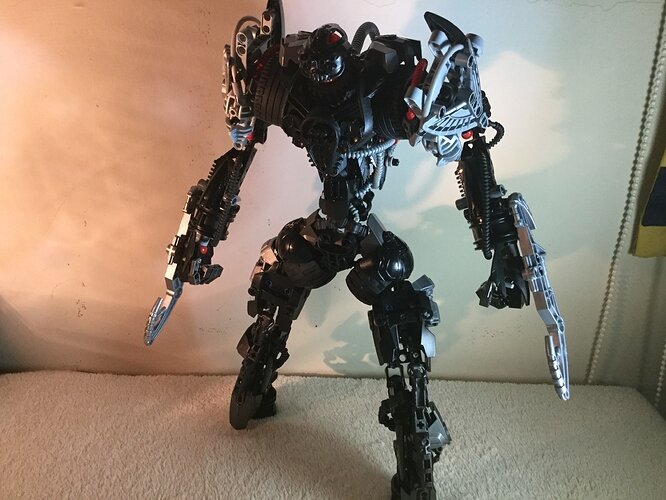 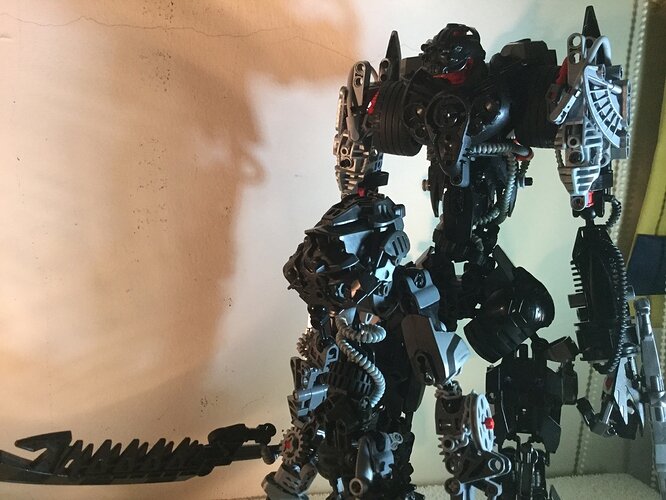 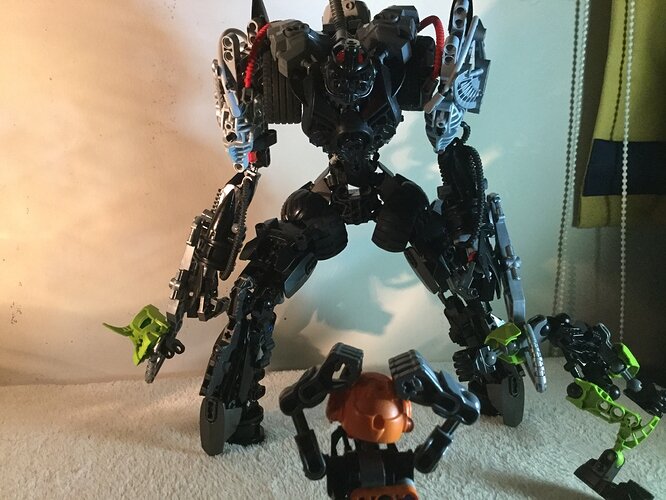 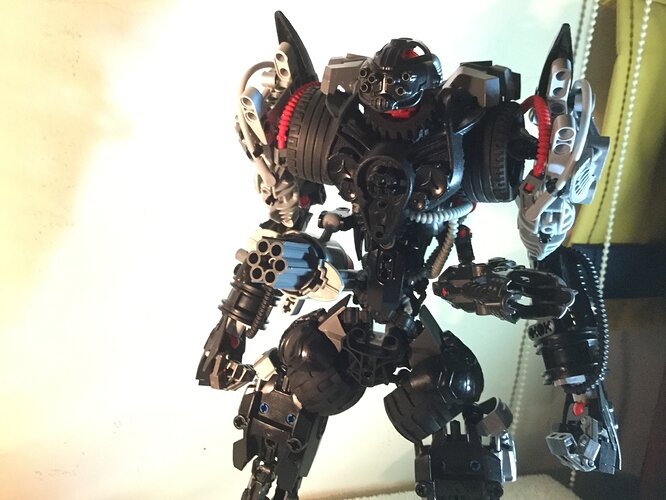 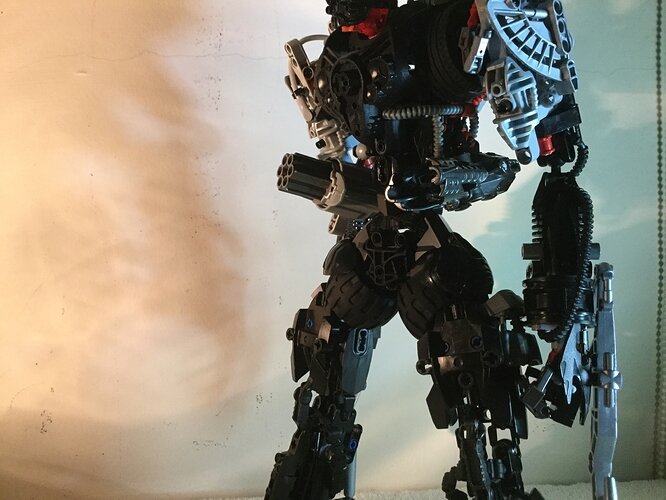 It’s all I’m good for

Looks really good, but it doesn’t look like a female to me.

I understand that complaint.

@TheMOCingbird What’s awkward about it?

Looks really good, but it doesn’t look like a female to me.

I agree with this, but on the bright side, you didn’t fall for a lot of the traps people do when they make their first FeMOC.

Warning: This is going to be a long one, as I’m going to both critique the MOC and how to give it a more feminine character.

First off, colors. Black, silver, and gunmetal is one of my least favorite color schemes in BIONICLE, it’s been overused, and it’s very dull. You do have a bit of red to spice it up, fortunately. I’d like to see a bit more of that red spread out, it would improve the aesthetic that she’s your villain. As for their spread, you seem to have a lot of silver concentrated on the shoulders, and very little elsewhere aside from the blades and the Mahri cords. There’s two ways you can improve on that, first is to spread out the silver so it’s even across her, the second is to block it further, make the shoulders look like they have separate armor plates.

The torso’s probably the coolest thing about this MOC. I really like the aesthetic with the tubes. Also, the more I look, the more I notice that she does have an hourglass figure, with thick hips and a smaller midsection, but one that isn’t skinny as a rail. I’m not so sure about the chest and shoulders, though. I don’t think the tires you use on the shoulders look that great, while I don’t mind the ones on the hips. Do you have another pair of those? Aside from that you could make the shoulders less broad, and make the lower chest a little wider, to make her torso more of an hourglass and less of a “T”.

Also I’m not a fan of the Stringer torso, in part because of the protruding Hero Core and in part because it isolates the shoulder tires even more. If you have the Master of Earth Onua chest plate, that might work; you could also use a pair of fairly-circular armor pieces of some kind. The latter I see a lot used to imply breasts without protruding or being unrealistic (and again, I applaud you for not going that route.)

I know this is a lot of info, so I’ll try to keep the other parts to a minimum - forearms look nice, but I think that hookblade-type weapons ought to come out from below the arm, not beside it.The big technic frames in the upper arms ought to be replaced with something smaller. Not a fan of the legs but they’re decent. Head is alright, but depending on what you’re going for you might consider a larger, custom head.

Anyway, there’s definitely some potential here and some good designs, and if you keep working at her, I think she’ll be an amazing MOC.

This looks great! The build is solid and complex. The colors are nice and consistent. All around well done moc. Though there is one problem. 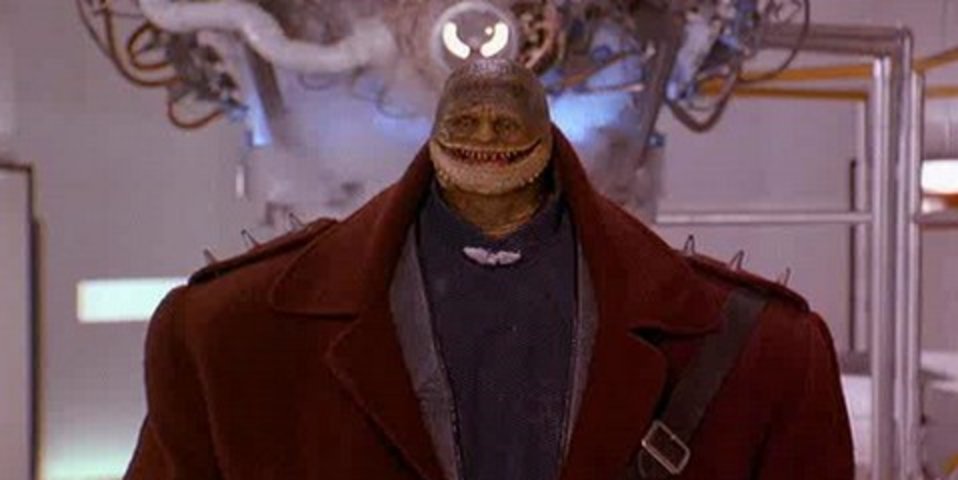 Please get brighter pictures. Anyway. Oh my god that moc is huge!!!
Nice color scheme from what I can see

I don’t mind at all that it’s long, in fact I highly appreciate you’re telling me the issues that you see with this moc. With the colors I agree 200% with, I was scared on putting too much red and ending up making her look like core Hunter. I’m thinking on giving her the core Hunter/Bulk combiner color scheme and maybe adding Vamprah blue. As for the chest I’ll see what I can do.

@MaxinePrimal LMAO, I wanted her to be kinda like Frank Horrigan.

I have to agree, I personally think it’s because I made her look more technological.

You pulled it off. Good job.

The head is pretty small but it works IMO. Makes the MOC overall look even bigger & more imposing.

This gives similar vibes to the Drone from Hero Factory.