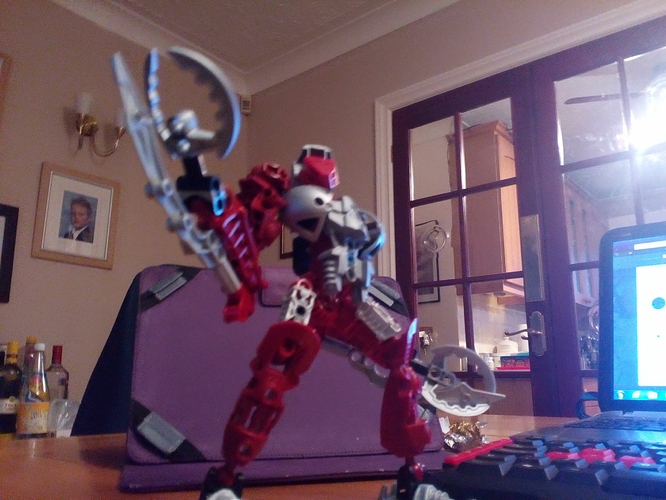 Backstory
Dian is a Vortixx from the Shrouded lands. Born under the watchful eye of the cult tikous who worship the Tikan a being who guards the strong from the weak. Dian detested the cult and left against her own free will and thus was branded as a betrayer. after trying to leave they say that Tikan smited the boat she was on and was dragged down by him to the sea bed… but they were wrong.

Dian have actually been saved by Abyss the god of the sea. She fledged full allegiance Abyss. she on a normal basis spreasa her gospel towards the islands surrounding the isle of Abyss such as Cindaria, Arika and Halikor. 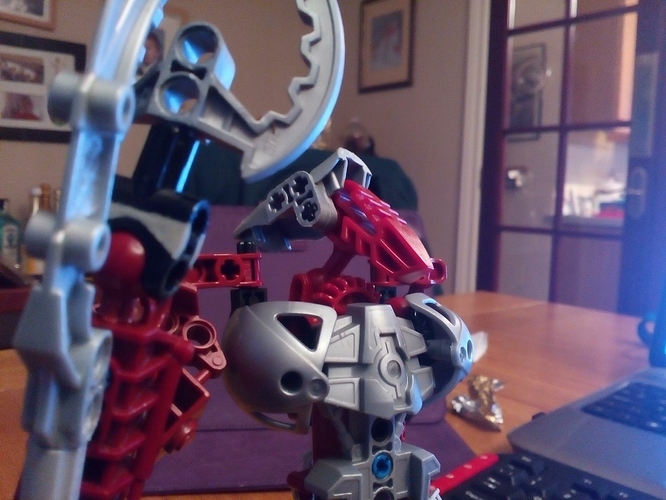 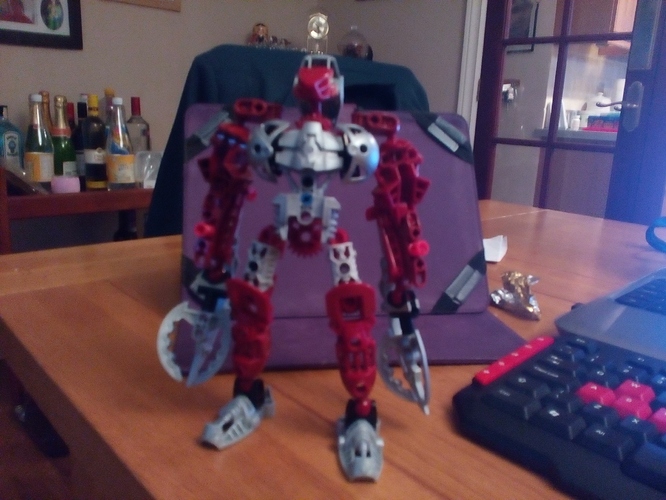 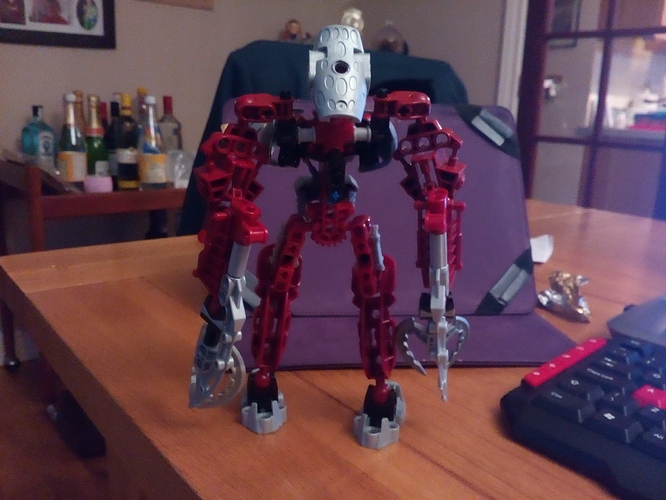 Inspiration
The inspiration I had was from the newest League of Legends Champion Illaoi.
Both are Female
Bulky
and worship a God of the Sea

Also, your “back” picture isn’t uploaded

I wan’t to like it but the site forbids me

The concept is great, but I’m not seeing much of it reflected in the build. I just see a red warrior of some kind. There’s nothing that really looks “abyssal” about it to me, or that would otherwise it looks like she’s some kind of cultist - Illaoi has those arcane tattoos and stuff to that effect, for example.

Then there’s the matter of the head being incomplete. There are no eyes and no lower jaw. It looks really bad.

A lot of people use small spike parts for eyes in those heads. I think they just stay in on their own, though I’m not sure since I’ve never actually made a vortixx character (despite having two in my storyline…)

It looks very vortixx-y, colour scheme is pretty good as well. Could use some more black to reflect the abyss thing I think?

Interesting. I’m not a fan of those shoulders, but looks good overall.

Not a fan of the shoulder connection, but the build isn’t too bad. A little simple but it does look nice. I’m afraid I don’t get a “cult” vibe when I look at it, I think you should develop the design more.