Does anyone care about Chima anymore?

i liked the idea of crocodile people and such

Hey, just a quick little post here, try and watch the Fake CHI, Real Trouble episode, and when at the part where the bees attack the Wolfs, play a video of the “NOT THE BEES” and let the comedy ensue.

What is this chima you speaketh of? /s

to answer the topic no

@Garnira
This is my reply to your first comment:
I still very much care about the LEGO Legends of Chima theme. This is especially the case with the animated T.V. series! Therefore, I really, really, really do not want it to be cancelled by The LEGO Company!!!

Yes, the LEGO Legends of Chima animated T.V. series did have a figurative rocky start; and, even though the second and third seasons were much, much better than the first season (because the Crocodile Tribe – especailly Cragger! – was on the side of good instead of on the side of bad like in the first season), THE only way for the damage that was done in the first season to be completely erased there is that the Lion Tribe – especially Laval! – needs to be on the bad side for a change in the next season (but only for the next season!) of the LEGO Legends of Chima T.V. series (as well as the theme in general there for next year)!!! This would be so that the Lions [except Li’Ella, LaGravis and Lavertus: they are truly honourable, trustworthy Lions (and LaGravis and Lavertus would be missing in action for most of next season in my dream version of next season)!] are not always portrayed as “goody two-shoes”, honourable and trustworthy characters, and this would be so that the Crocodiles [except Crooler: she is bad to the figurative bone (and is extremely jealous of Cragger for him in being the heir to the Crocodile throne; hence she wants to be the leader of the Crocodile Tribe by force, if it is necessary there!)] are not always portrayed as “bad-■■■”, sneaky and untrustworthy characters (which would make both the Crocodiles and the Lions as much, much less archetypical characters and much, much more complex characters – which was the main problem in the first season!!! However, next season would still consist of a civil war in Chima like in Season 1 but would be of the inner-tribal civil war variety – where:
• One, Li’Ella (and technically LaGravis and Lavertus, even though they are missing in action) are are on the good side; but the rest of the Lions – especially Laval (because he is brainwashed by his mother’s Persuader Plants that are mixed with the Scorpions’ venom for a much more powerful mind controlling of others), and his evil mother and her 2 hench Lions (they are at least as bad to the figurative bone as Crooler is there!) – are on the side of bad; and
• Two, Cragger, King Crominus, Queen Crunket, General Crokenberg (and his personal Crocodile Tribe army unit) and Cranvil are on the side of good; but the rest of the Crocodiles – especially Crooler (but also Crug and Crawley) – are on the side of bad (just like they were in the first season).

This is my reply to your second comment:
Well, we don’t know for sure there if Crooler is still jealous of Cragger because he is the heir to the Crocodile throne and she isn’t the heir to it, and there still is Laval’s mother (who has been completely absent from Chima for the entire animated T.V. series (and the theme in general there, for that matter!) so far in time; so there are those two things for us to consider there on whether the LEGO Legends of Chima animated T.V. series (as well as the theme in general there) should continue or not continue there.

If I were to write another season of Chima, I wouldn’t want to bring the stupid flower thing back. That plot device was a rather lame excuse for character motivations. That said, I would want to make Laval a main villain and Cragger the primary protagonist. However, the position of primary antagonist belongs to none other than Scorm… Let me explain;

Since his defeat in the scorpion cave, Scorm has been bitterly pondering what Laval told him at the end of “This may sting a bit.” Eventually, Scorm comes to the conclusion that the only way he can justify his own actions is to prove that anyone else in his position would do so too. So, he takes to kidnapping Laval and tortures him with poison or something along those lines until he’s finally able to break the lion’s spirit. I suppose he could also use Laval’s mother, somehow.

Eventually, he manages to convince Laval that the only way to earn power is to crush those who are unable to keep it for themselves. Of course, Laval should eventually turn this philosophy on Scorm’s head, resulting in a three-way battle.(Chima, vs. Laval’s rebels vs. Scorm’s Outlanders)

Following these developments, Crooler and Worriz side with Laval in order to seize their own shares in his wealth whereas the other tribes(led by their respective kings) fight against him. It takes a certain amount of deep thought for Cragger to find his place in the war, but he ends up remembering his own darkest days and chooses to fight Laval in order to maybe get his friend back the same way Laval did to him.

For the bulk of the season there should be various subplots and a multitude of battles between the three factions, eventually ending with the rebels and outlanders rejoining in a common purpose to take all of Chima.

I would make the season end with a twist in which the Hunters return to civilization and turn the tides in the war. At some point earlier on I imagine there would be some mention that they left to go and rebuild themselves away from the already formed chiman society. Sir Fangar himself would have all the brilliance and cunning as before, but less of the psychopathy, and thus would recognize his former traits in Laval. I think it would be neat to end off the season with Laval in recovery and Cragger, Crominus, Lavertus, Lagravis, and Sir Fangar having a discussion about how anyone can be twisted, but they can also change for the better.

Honestly, no. Chima had a good run, I still want to own the Croc swamp hideout and Lion chi temple though. Now that it’s over though it leaves space for something else, something new. I was disappointed by Chima, I liked it alot but I was expecting it to be darker and to be like the new Bionicle. It was LEGO’s second most innovated theme, yet it didn’t use it’s potential. At the time of release I do believe it even surpassed Ninjago in terms of amount of story and lore in the story bible, though Ninjago is now even more complicated and has more back story so it was short lived. Personally though, the one thing that really stood out to me in Chima, was Lavertus. His character was awesome, his back story was the best for any LEGO character, aswell as the saddest, in my opinion, so he will continue to exist in my own LEGO universe story I’m developing.

After finding this topic again, even after Bionicle has died, I can firmly say no. It has absolutely no fan bases, and frankly, idk if it ever did.

After finding this topic again, even after Bionicle has died, I can firmly say no. It has absolutely no fan bases, and frankly, idk if it ever did.

just so you know, Chima still have a strong fanbase running around. what you are doing on the other hand is just ignoreing them and pretending that they don’t exist, just to further the idea that many people that disliked Chima tried to force down on people, that Chima was the worst LEGO theme of all time.

something that is not a fact, but an opinion that is forced on so many people that its annoying to no end.

Chima still have a strong fanbase running around

link or it didn’t happen

link or it didn’t happen

in the comments of Just2good video 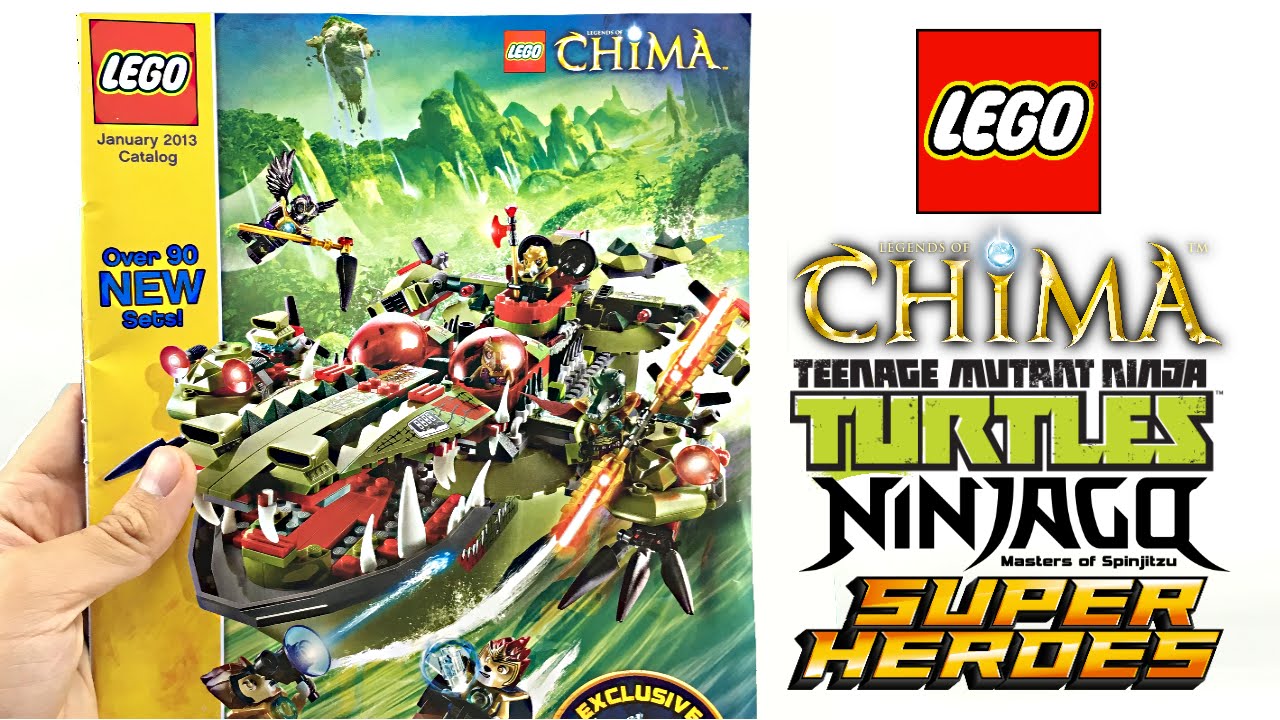 but its not like you guys will belive me whatever i say, no matter what proff i could bring to you guys, you would just wave it off as false, because you guys just want to keep telling your self that no human on earth like Chima, and you guys also want to force me to hate Chima just like you guys.

also, this Legend of Chima fan base group on Deviant art is still active.

I want all the new moulds and recolours for system and constraction that Chima introduced…other than that, nope.

I don’t care about it anymore, because I never cared about it (other then the constraction pieces) when it was a thing.

(But yeah, the state of the Chima “fandom” is really a sad thing, reminds me of how hated HF was when BIONICLE ended, it just happened with Ninjago and Chima instead.)

I feel that Chima was okay at best. I just feel that the ending was so bad. It was kind of like, There is a world beyond Chima that they’ll never discover. I feel that that was bad on Lego’s part.

I was kind of thinking the same thing. I overall didn’t care for Chima’s story but the sets were pretty good from what I saw.

When Chima first came out, I didn’t care for it much. I thought the sets looked cool, but didn’t pay them much mind.

Recently, I’ve been going back on Netflix and watching the television episodes.

It’s cheesy, sure, but honestly I don’t see exactly how it’s horrible. There isn’t a whole lot of depth to the story, but almost every episode gives us more and more information about the kind of people who live in this world. They cram as much world building as possible into each episode without it really feeling forced, something I would commend the writers on. The show is okay in my opinion, at about 6 or 7 episodes in. It has some weird issues with the tone and voice acting, but could still be much worse.

Sure, they were weird. They were goofy. But I honestly liked them. Not all were great, but I personally did enjoy how creative many of them were.

Overall, I don’t think Chima was an amazing theme. But I can see why some would like it. It’s creative for sure, and definitely had a strong focus on developing the world.

I personally think it was hurt by the goofy tone at the start (not to mention, it was thought to replace Ninjago). Overall, I think it had an okay run that was hurt by a bad start.

I kinda enjoyed some of it.