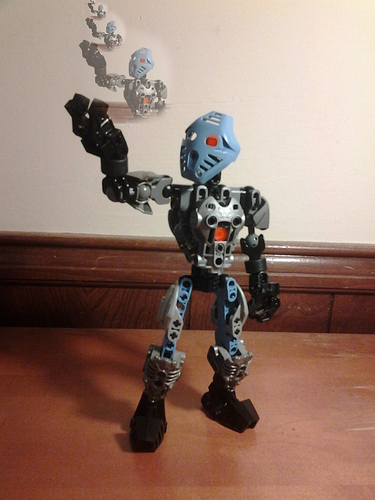 “I’m just one big walking lie. Maybe one day all the falsehoods I’ve told will fold in under their weight and make the truth I’ve been looking for.”

Name: Drahcir
Race: Toa
Element: Light
Mask: Kanohi Waiata, the Mask of Music
Gender: Male
Monikers: Toa of Illusion, Liar, “Who? Never heard o’ him.”
Affiliations: Himself and whoever he can get close enough to to be a friend, though he is very loyal to those few.
Personality: Though a bit of a shy and nervous soul in public or around strangers, Drahcir can actually be a very charismatic, energetic character around those he trusts (or when he’s had to much to drink). He also has a tendency to “geek out” at the slightest provocation from any topic that he’s interested in (including history, art, or science). Likes to talk metaphorically and mysteriously, using advanced vocabulary whenever possible, adding to his antisocial nature.
Equipment: Armour (up for weapon suggestions)
Home: Northern Continent, Cold Snap alternate universe

Drahcir was one of the many Matoran to find a toa stone after the Great Cataclysm when over half the Toa of Fire and Plasma in existence gave up their power to reactivate Mata Nui’s heating systems. Though not entirely successful, it merely locked the inhabitants in an endless winter instead of icing over. Drahcir now sees it as his duty to make sure that his friends and people can survive the harsh cold and brutal regime of the Imperial Ice. 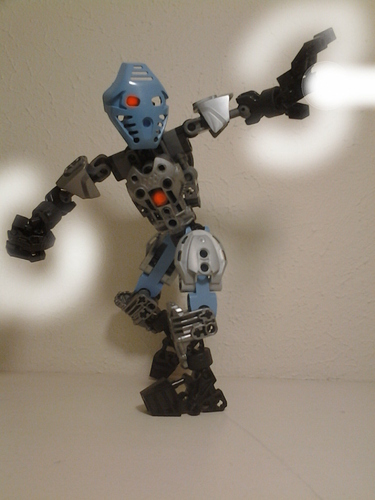 “I don’t even know if this is the real me anymore, it could just be an illusion.”

As a Toa of Light, Drahcir has the power to generate and manipulate photons, creating lights to see by, changing the colour of his armour, and even creating Lasers. Specifically, Drahcir is adept at manipulating light to create images and illusions, from fake pictures to invisibility, he often uses his Kanohi with these illusions to give them sound and more of a semblance of life. 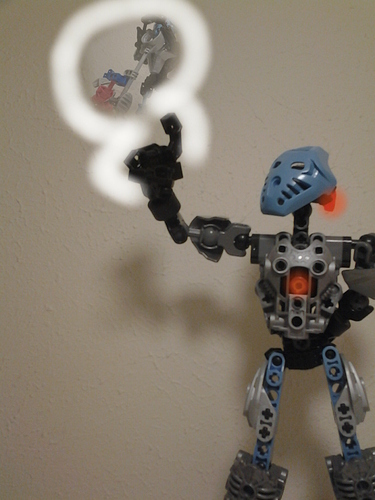 “They say that light drives away shadow and illusions, but I just seem to fall farther into them.”

Drahcir is conflicted over his powers. He believes that he was created with a destiny to do something noble and true, like the rest of his brethren, and is often distraught that the powers which come most naturally to him are those of deception and trickery. Drahcir also knows that he has many dark and incriminating secrets in his past, and uses his powers mainly to cover them up from the eyes of his brothers and sisters, adding more of a burden to his his already strained psych.

This is my Self-Moc as well as my first MOC on the boards, so yay for that. I will say that he’s not the most incredible of creations, but I’m working on it, and any feedback will be appreciated. Cheers! 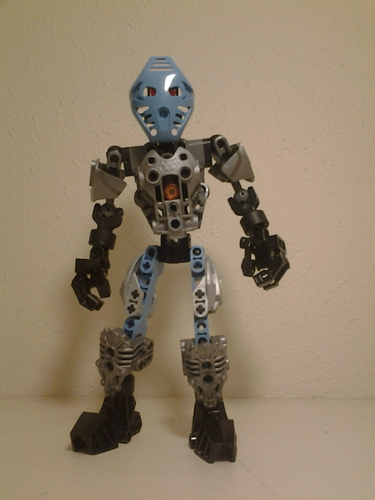 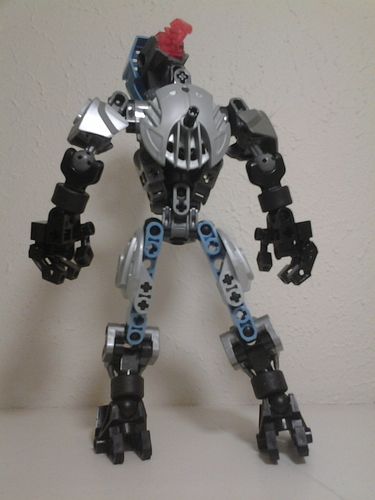 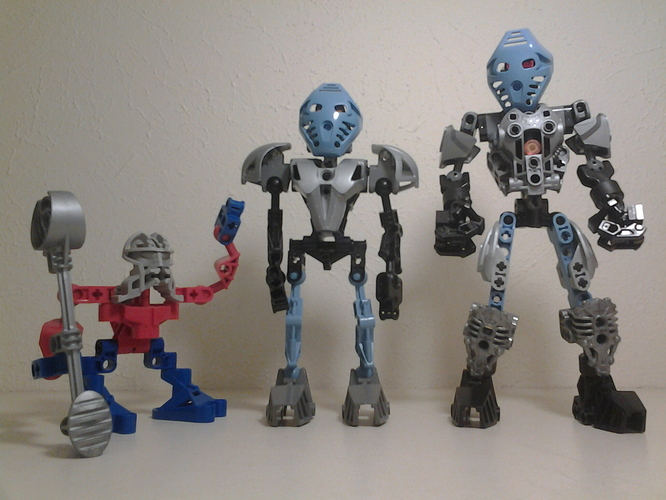 Is it safe to assume your name is Richard? You know, since Drahcir is Richard backwards?

Nice to meet you waffles! Your SM is great, but the lower legs are a bit odd.

@Bionicdeadpool yes, that would be a safe assumption. Sadly I don’t have much creativity when it comes to names.

@Traykar nice to meet you too! Thank you for the compliment, and I am trying to fix the legs in the next version.

This is a cool little MOC nice job

Takua wants his mask back.

Dude, I was joking, I already know you.

I know that, I was just responding in kind. I know you perfectly well.

Pretty nice design. Like the light blue color and the articulated fingers.