my drawn images will be posted on here from know on, credit goes to a guy called Scarilian and a guy named Joe for coming up with this idea.

Scagox
This rahi, though extinct, was top predator at it’s time. it’s protodermic fossils are usually found in the location where the forest moon, Bota Magna collided into Bara Magna forming the new world Spherus Magna. It is unknown how many of it’s species were wiped out, but Matoran scientist believe that around half the population was killed in the collision with Bara Magna, while the other half suffered trying to coup with their new surroundings. due to their extinction, it is unknown what this rahi fed on, though it is known that it was blind, therefore it relied on other senses like smell, taste and touch.

for a scale of how big the rahi was to earthly animals, it was at least the size of a anaconda or smaller snakes.

it is believed that it could also levitate with the right a mount of concentration, how is unknown, but a possible theory is that the three spikes on it’s back may be some kind of levitation force. 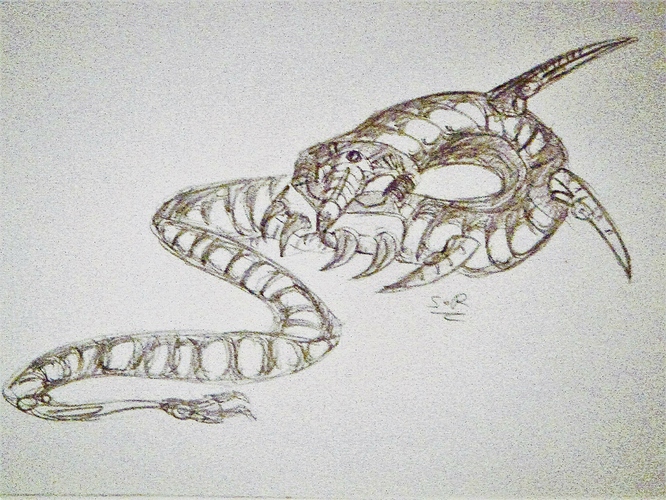 this drawing was actually inspired by a moc that i made as you can see below: 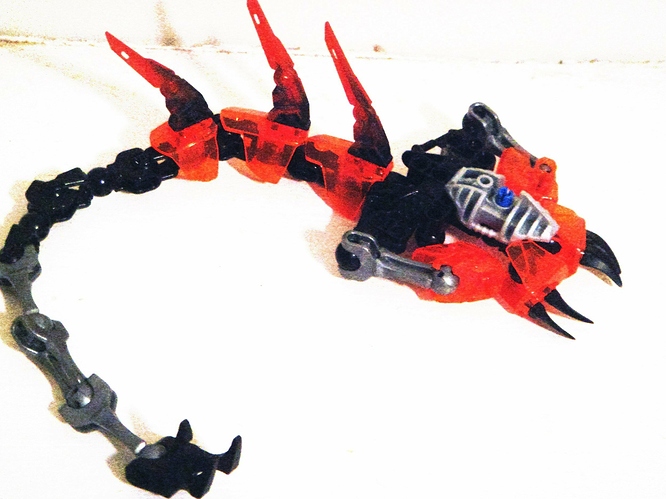 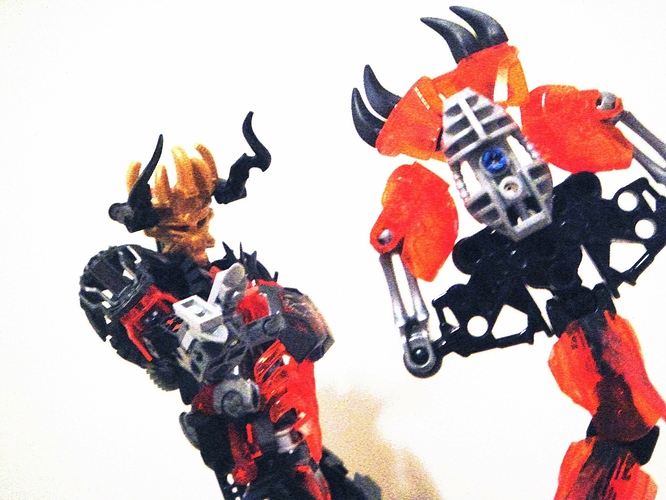 Frenek
Stiapalu’s companion and play stippling’s dog, in way.
that HF bulk 3.0 helmet was hard to draw so don’t expect me drawing this Moc again! 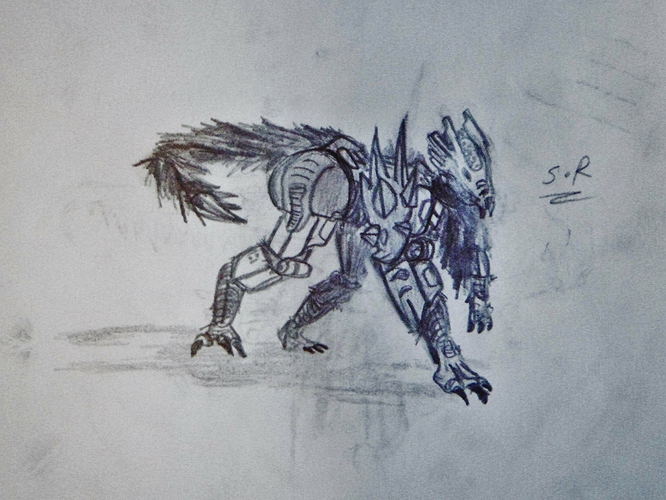 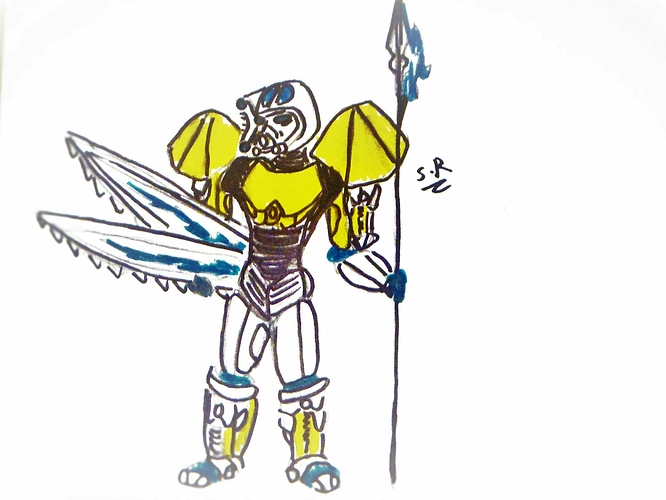 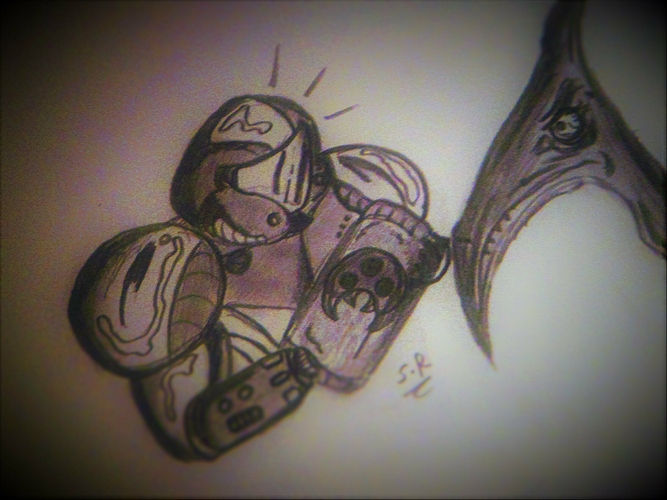 Karzahni
I feel Karzahni doesn’t get enough attention, He is a pretty forgettable bad guy. 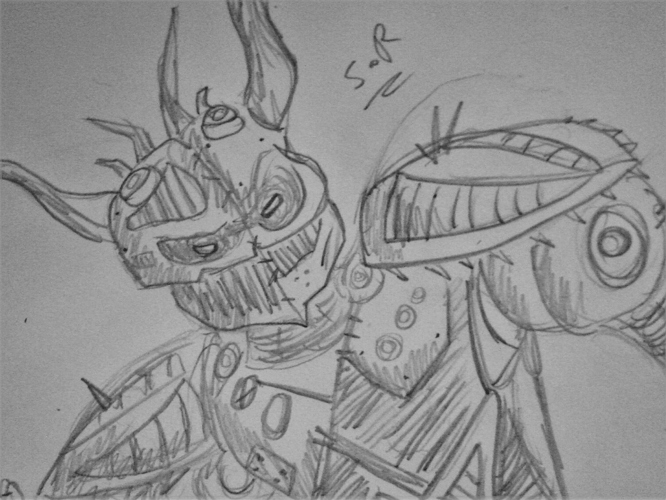 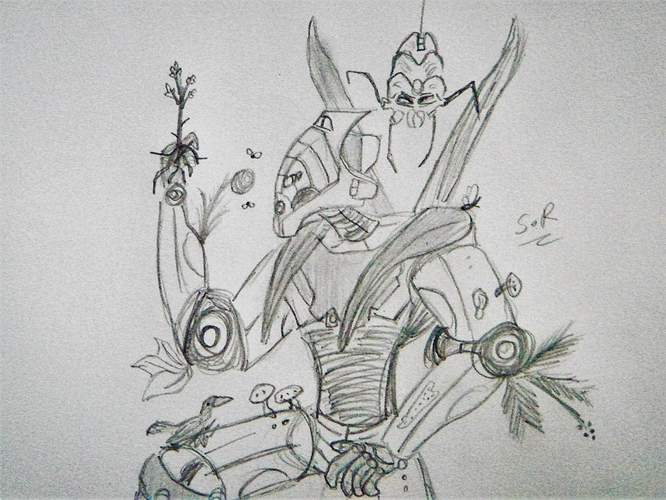 Skull slicer
my favorite skull villain, though the bio is a little messy (sword hands are cool but were not used which bothers me) I tried giving him his hand swords as his Bio stated that they where stuck to three of his hands,then the animations didn’t use that which was annoying 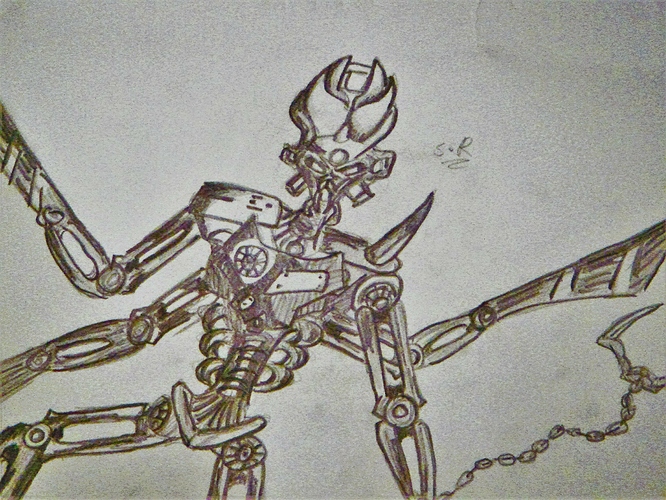 credit goes to a guy called Scarilian for coming up with this idea.

Thanks for the mention

I think it helps also seeing the inspiration for your MOC’s in one place, especially with your drawing. Here for example i feel the drawing looks amazing and you can tell that due to the organic nature of the being it would be difficult to translate to Bionicle, you can thus understand the chances made and why certain pieces were selected for the design :3

The drawing is awesome, and I love the MoCs!

Nice drawing, and i like the moc’s as well!

which moc is your favorite out of the two shown?

I can’t tell if the JJBA tag was an intentional reference or not.

That Kopaka though, love the style.

Kulta is my favourite. 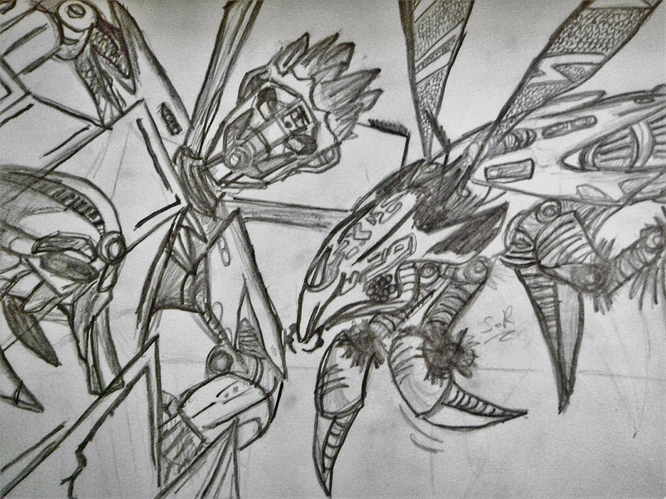 It was hard to replicate that 2016 miru as I don’t have it in person and I to squint to make out the detail on the promotion pictures in the back of Uxars instructions. plus it was my first time drawing that certain mask.

Yeah, I feel that. My first few times drawing Lewa, all I had to go off was a catalogue. My first time drawing him, I used the leaked images, and it looked like he had a headband.