Dresdyn, Keeper of the Blazing Blade 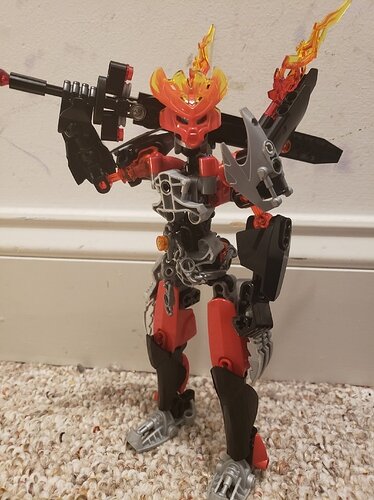 Dresdyn is a wandering mercenary-for-hire who possesses higher than average pyromancy for a swordsman of his skill level. He’s a little cocky and usually either doesn’t talk much or talks way too much, but he’s nice enough that most will tolerate him. 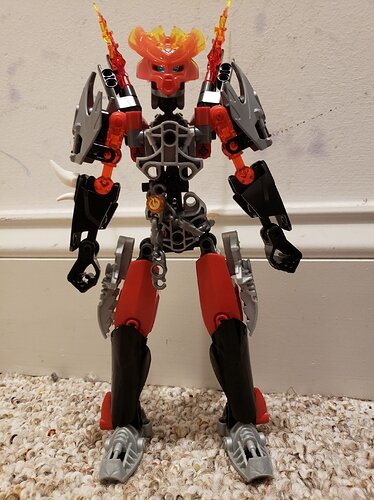 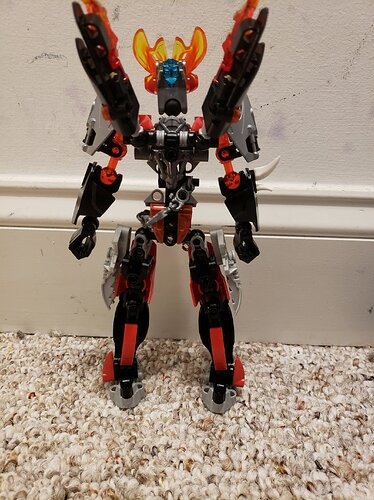 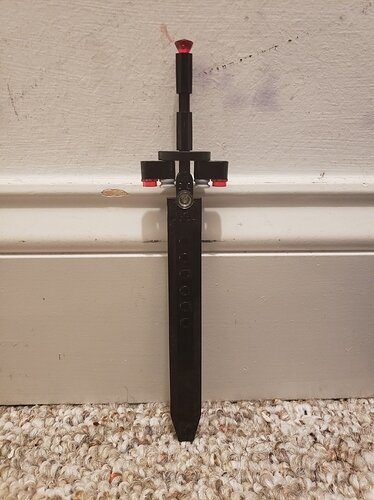 The sword is based off of Durandal, also known as the Blazing Blade, from Fire Emblem. Depicted here as a longsword instead of its original claymore design due to the fact that if it were a claymore, it would probably be too heavy for the joints of most mocs of a proper scale to hold it.

I love the sword! The MOC is cool too, but that sword…

Custom torso looking good. And I really like those flaming wings coming out of his back. Makes it look like he’s got a killer dash attack. Press B!