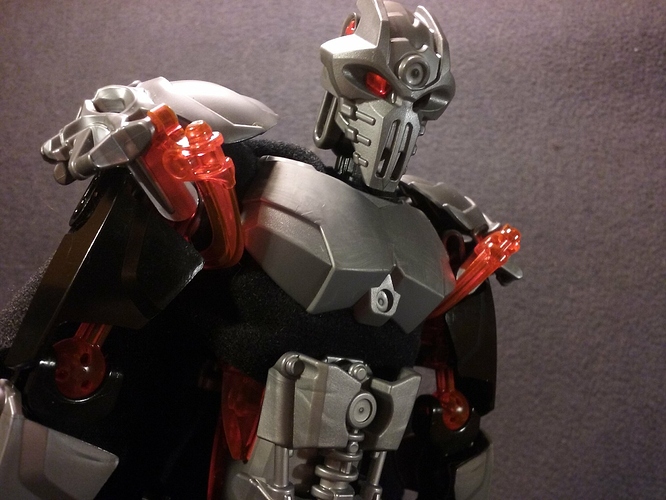 Drovix, the God of Shadow, the lord of darkness, is the primary antagonist for my G2 continuation series “Chronicles of Darkness” on YouTube. 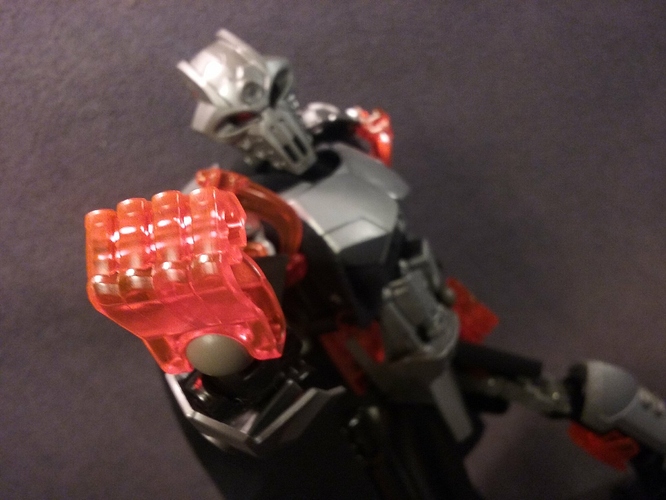 Drovix, his origin, and his plans, remain a mystery to the protagonists of the series, be it the Mask Makers, the Guardians, or the Toa, no one is quite sure of what is end goal is. But they know it can’t be good. 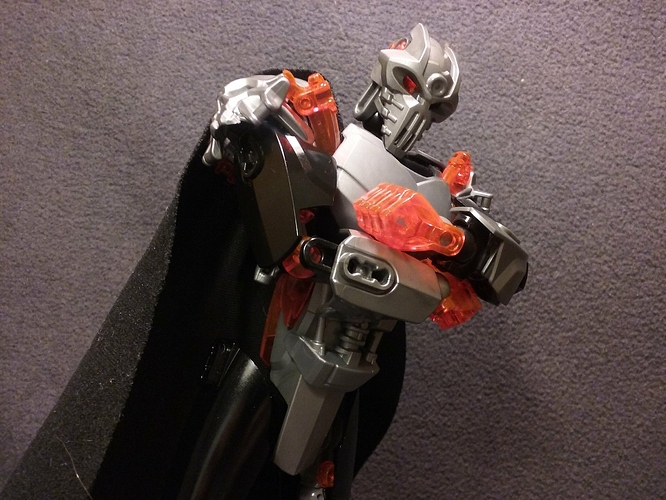 I’ll spare you the story details. Feel free to check the series out if you’re interested, season one is finished. 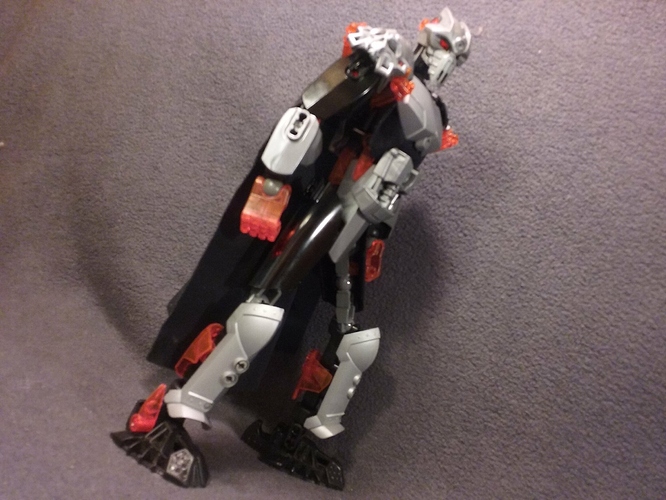 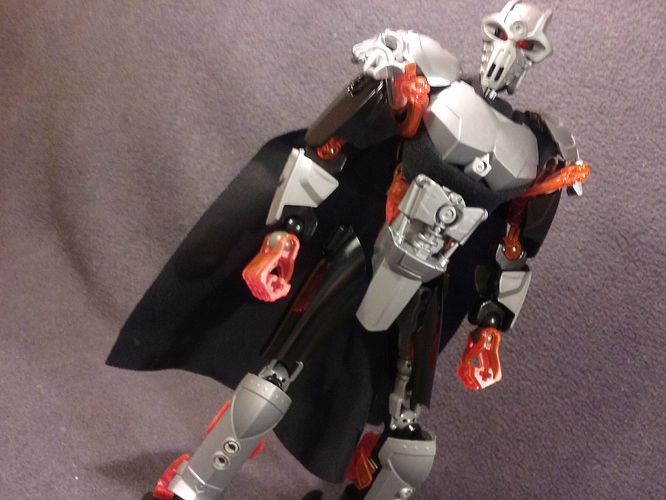 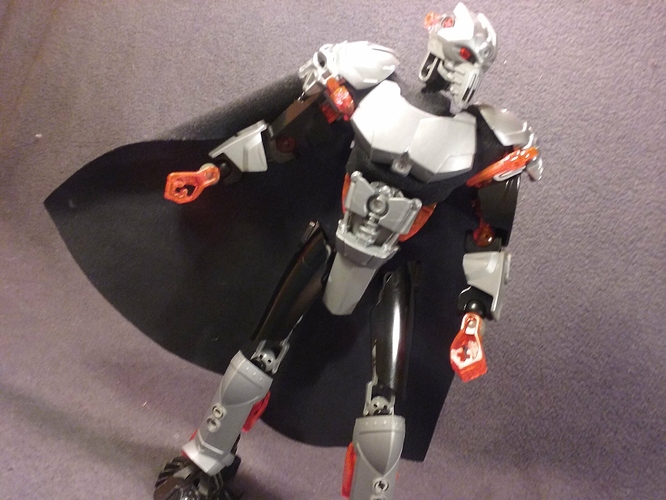 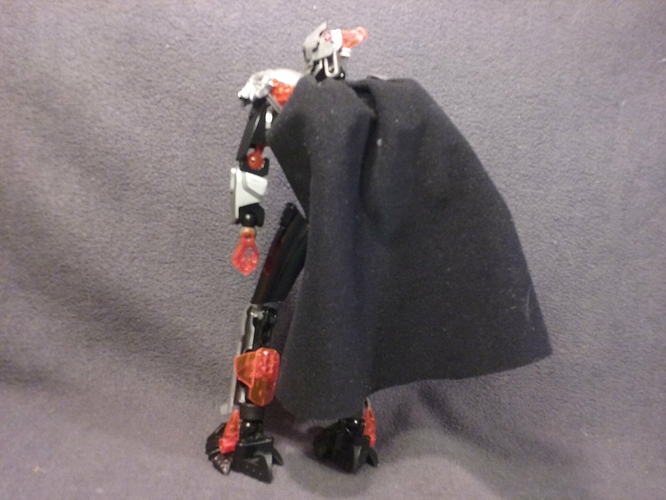 But that’s enough of Drovix, now on to one of the main protagonists of the series. 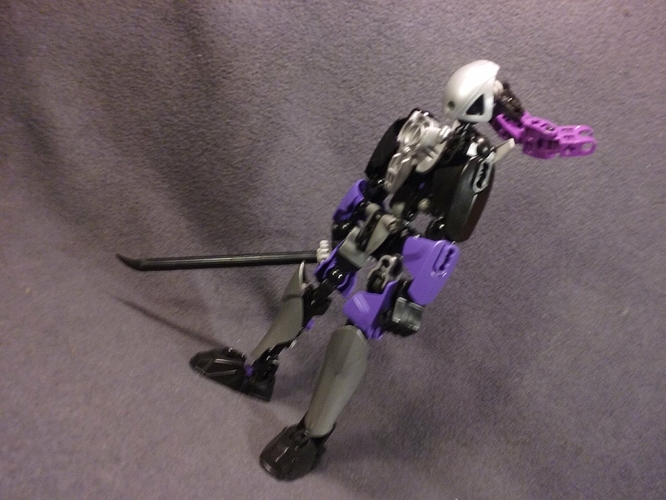 Mirishiki or Miri is the Guardian of Twilight, former Toa Koreta of Twilight, and former bounty hunter. (she’s also my girlfriend’s self-MOC) 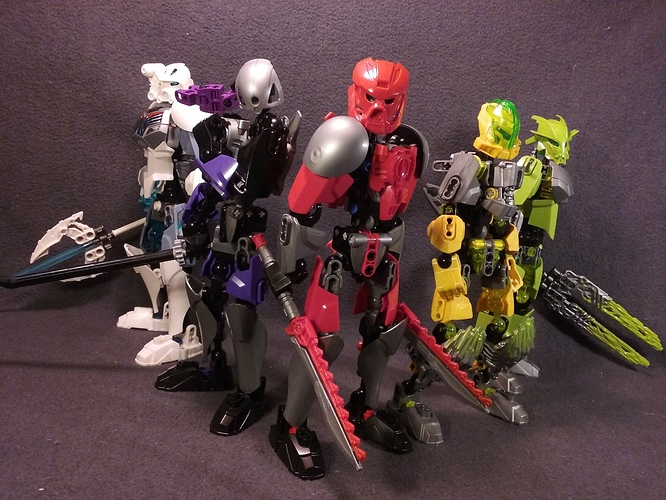 Miri belongs to the Okotan Guardians, a team of heroes trained by the Toa as honorary Toa. The leader of the Guardians, Kasai (The red one, my self-MOC) abandoned the honorary Toa title after a catastrophic failure on their first mission. 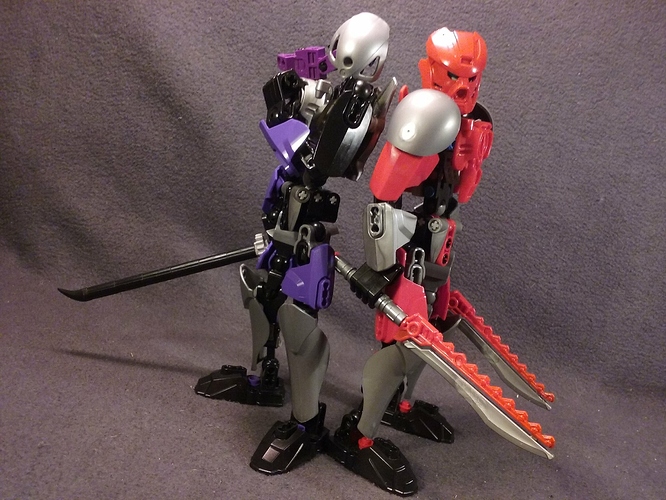 Miri and Kasai have romantic interest in one another, though they don’t express it often. 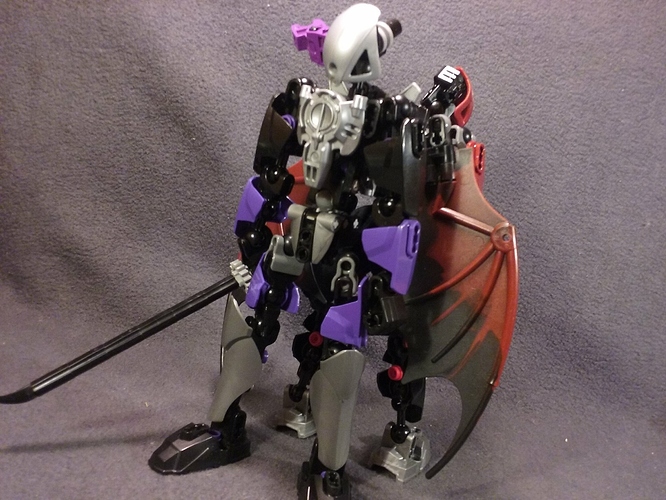 Mirishiki supposedly comes from the island of Austheria, though she has memory of a home before that. She’s not very open about her past with anyone. 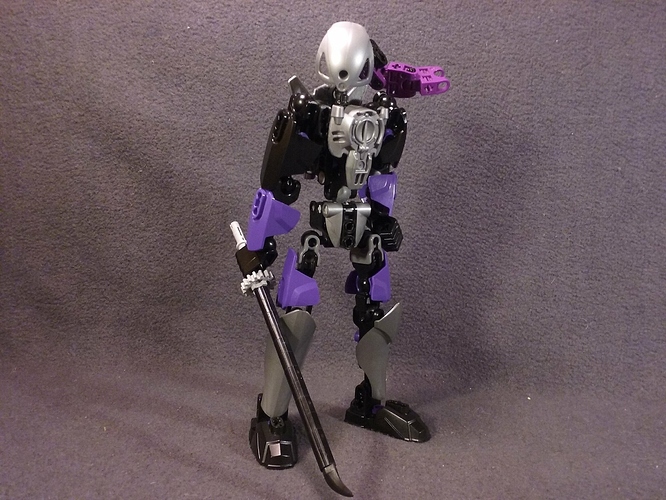 Given her elemental abilities, Mirishiki holds power over both light and shadow, allowing her to turn into beams of light for travel, or to create portals of shadow for instant transportation. 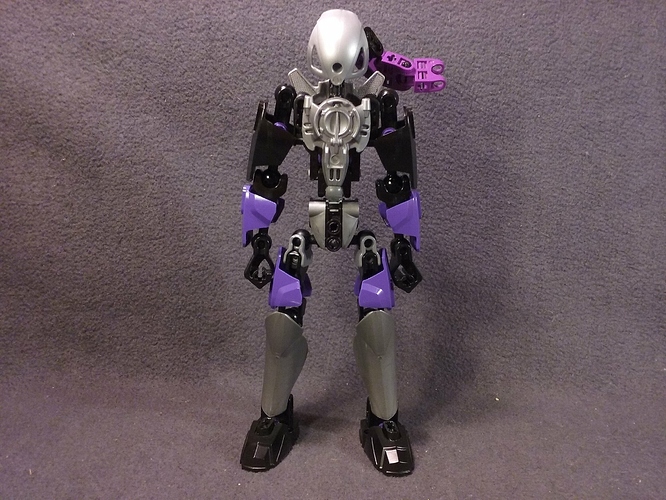 Mirishiki’s powers are vast, though she tends not to use them anymore, seeing as Okotan villagers are deathly afraid of shadow, and she would rather they not flee in terror. 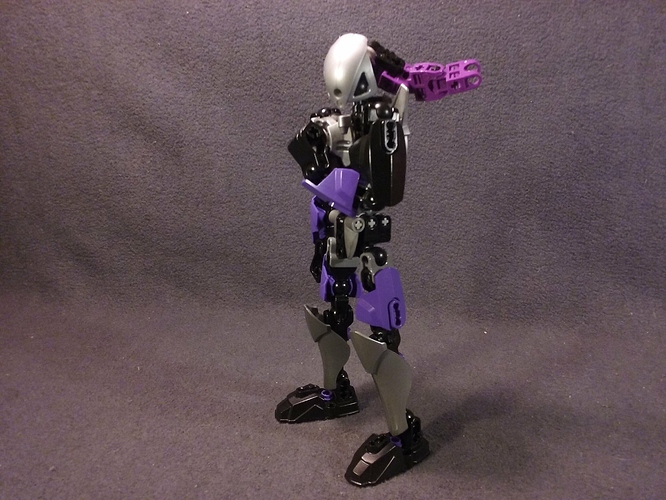 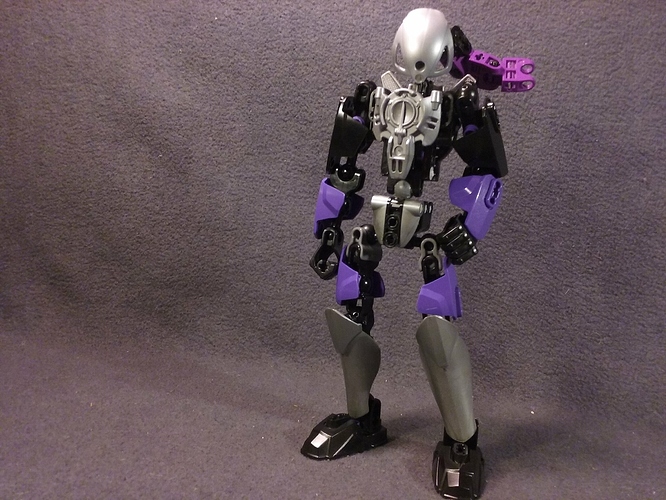 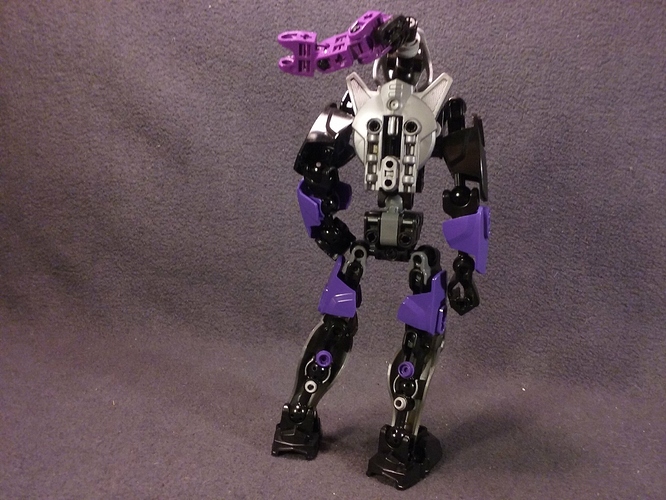 So that’s Drovix and Mirishiki, two characters from my YouTube series “Chronicles of Darkness”, and Mirishiki is in my G2 book “Mask of Imitation”

I hope you enjoyed.

I like the use of the Knights Kingdom parts on Drovix.

The first one is pretty generic looking.
and Mirishiki is of course a clone of your selfmoc, I feel like her head region could be worked on, it looks a bit far back on the torso.

Actually, it’s the other way around. I figured out that design for her first. As for her head, doesn’t bother me at all.

Drovix looks interesting. I like how the grey, the black and the transparent red fits together.
Mirishiki looks like a generic Toa, nothing too special, nothing too fancy. In general, I don’t like the Toa Nuva shoulder armor as a face, but I really think it works good for her. You still can use a Kanohi for her, like… I don’t know… a silver Pakari, or a black Kaukau… or every Kanohi you have and you like. The sword is too simple I think, and the hair looks like it can be pose in other way.
P.S.: What is your channel name? I like your Mocs, and I think I want to see your videos.

Bionic Sonic, and thanks for the feedback.