I figured that I needed to introduce more MOC versions of the RoT characters, before the story comes out, just so people have like, a good idea as to waht it's gonna be like.

So I present the two Makuta, Thenrus and Razira. Insane, and Sound respectively. 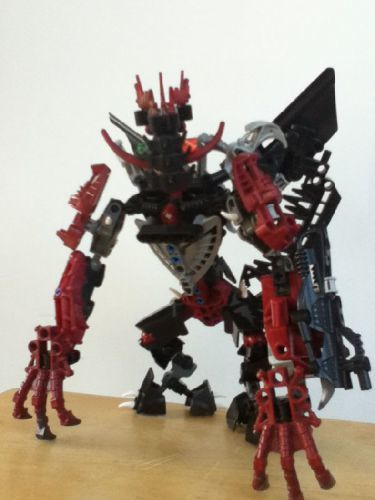 This is Thenrus. Thenrus, in-story, originally had two arms that looked like his right arm.(The smaller one.) But stuff fairly early on in RoT caused him to get the big beefy arm. 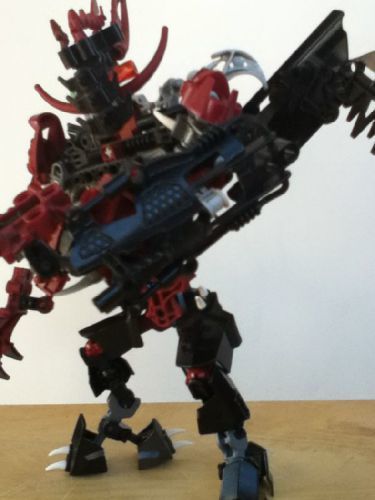 Said beefy arm also has a shield on the other side of it, just as a fun fact. 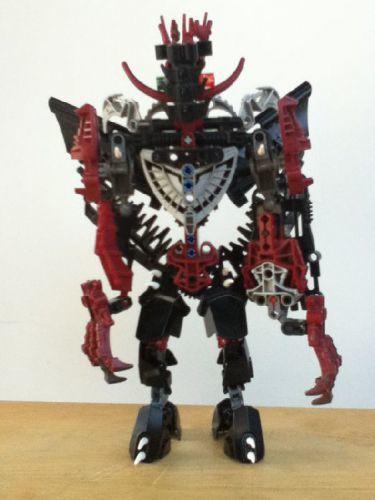 And of course, standard front view. 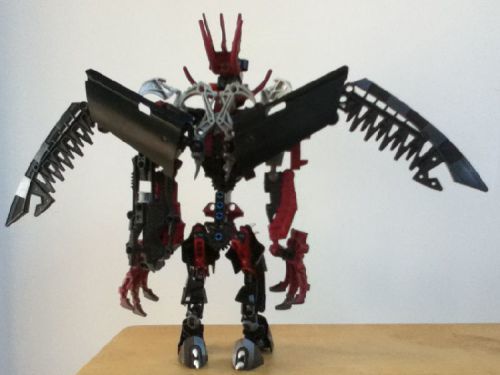 And obligatory back view. The wings are folded up on the front shot, but extended on othe back shot. I think the wings are okay. Build overall is pretty basic, though. 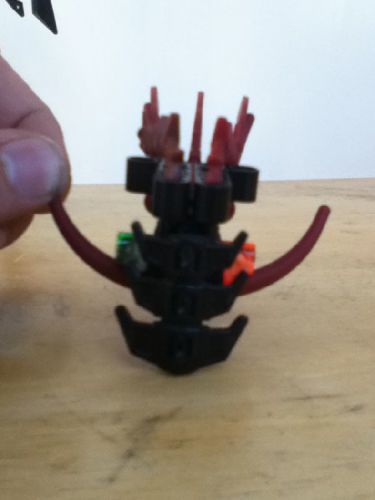 Closer look at the head, from the front. Forgive my hand in the shot. But yeah, the red eye is normal, and the green eye is basically a glass case filled with Antidermis. In story. And it swirls around when he's stimulated. 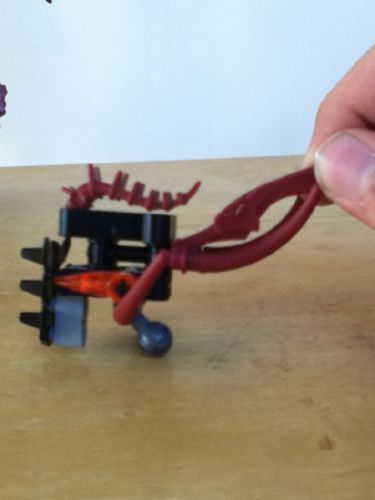 Side view with his normal eye. 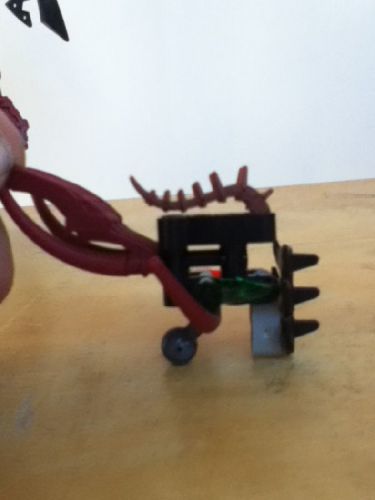 And side view with his Antidermis eye. 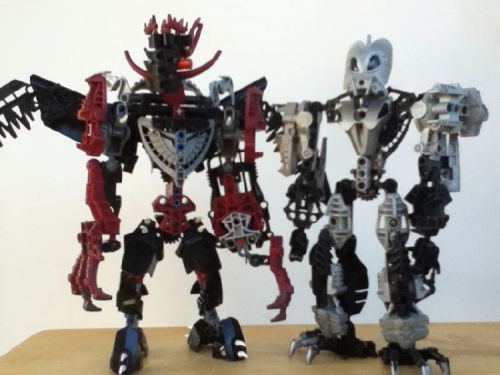 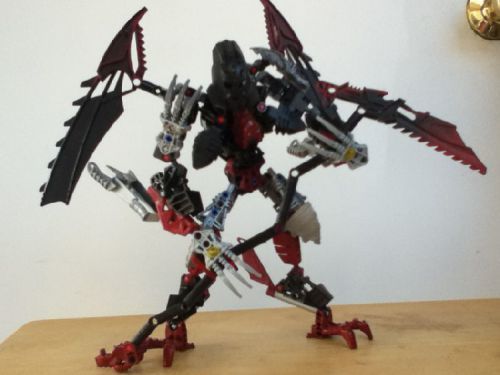 And here's Razira. His scythe was something I was really happy with, just with the angular pieces used and all, and the dragon head at the bottom. 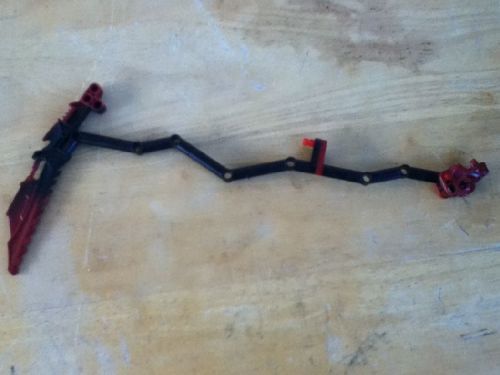 Here's just a look at the scythe. I want to one day get a bunch of studs, and put them in both sides of all the holes. And the studs will all be different trans colors, so it's like, jewels. 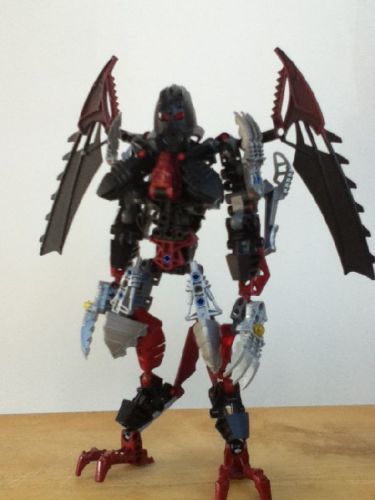 Standard front view. I like the shovel pieces on the thighs, but I admit that the legs are pretty basic. I love the torso, though. The main piece is the Vahki piece from the torso. That their heads attach to. The Antroz Wings are okay, but I will admit that they need more to them. Also, Dragon Head on Chest is awesome. 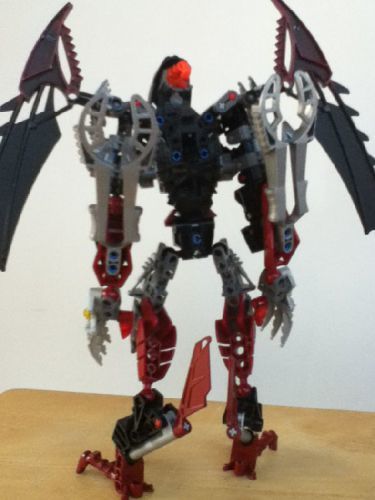 Back view. I need to fix how those legs look from the back. Everything else I'm happy with, though. 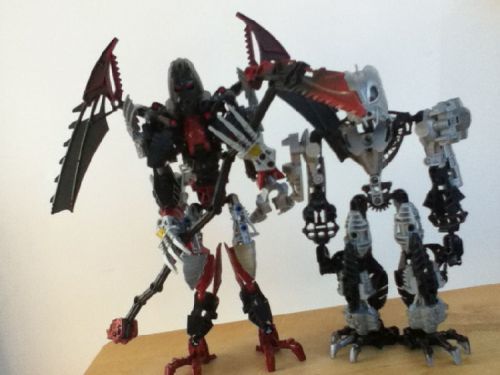 So yeah, two of the five main Makuta from my upcoming RoT story. All I need now is to get up pictures of Nevuruk, and attempt to build Blacklight. Doing that second thing's gonna suck, though. 'Cause he's big. So I dunno how well that'll come out.

Thenrus: he has a very unique style going for him. Just make sure you keep him hunched. He doesn't look good standing.

The head is great to. It's nice to see that fresh ideas can still come from old pieces. (By the way, does he have a mask power or is that just his head?)

Razira: First off, love the staff.

Second: Very sound and well structured body. It's really nice to look at. I see nothing wrong with his appearance.

Another great pair of MOCs

So, are you making these as you go along?

Thenrus has no mask. Should've mentioned it here, but yeah. I mentioned it briefly in the RoT Teaser Topic. And yeah, Thenrus's default stance is like a gorilla, on three limbs. The big arm, and his legs. What old piece are you referring to, exactly? The spikes, bohrok eyes, or the Piraka Minifig spines for the eyebrow things?

Glad you like Razira. Also, I see what you did there.

But uh, yeah, kinda. I've had Ny for a while, and most of these guys have older versions, but I'm updating a lot of them for the new RoT story. 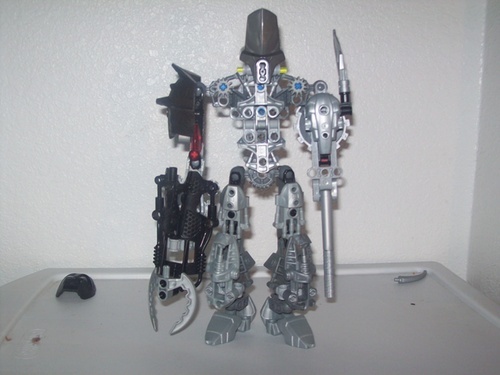 Just as an example, here's an older version of my MOC Knightpriest(Current version can be found here: http://board.ttvpodcast.com/t/machines-of-war/841 )

Kanohi and heads are important parts to a character.

I'm just glad there are still people coming up with new and fresh ideas.

I have nothing wrong with Kanohi masks being reused, it's that they don't make their character unique. They create a character and the slap any Kanohi on it.

I might be over reacting. But, how many MOCs have you seen with this type of structure?