So yesterday my “Mask Maker vs. Skull Grinder” set came in the mail. I didn’t like how the set’s Ekimu looked like with the “Mask of Creation”, The mask was so big compared to the protector sized Ekimu. So I decided to build a bigger Ekimu, He’s rather simple and uses the Tahu build, I was too lazy to come up with a new and complex build. I also didn’t change the hammer because my Ekimu moc just uses it like Thor’s Hammer. I wanted my moc to be slender but also built. He has the same function as Kopaka. (Prepare to be underwhelmed.) 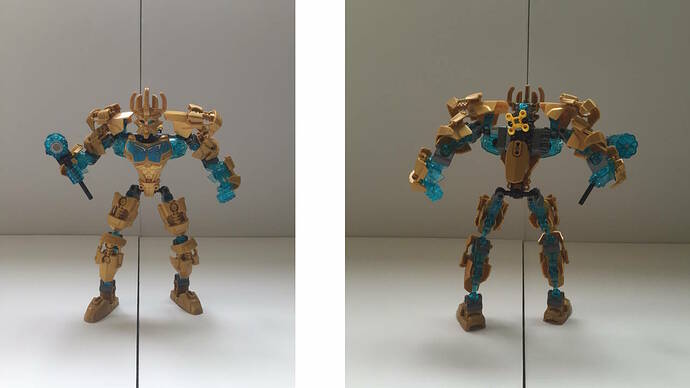 Ekimu is slightly taller than Tahu. (Unless you’re Mesonak and consider Tahu taller because of the way his blades are posed). 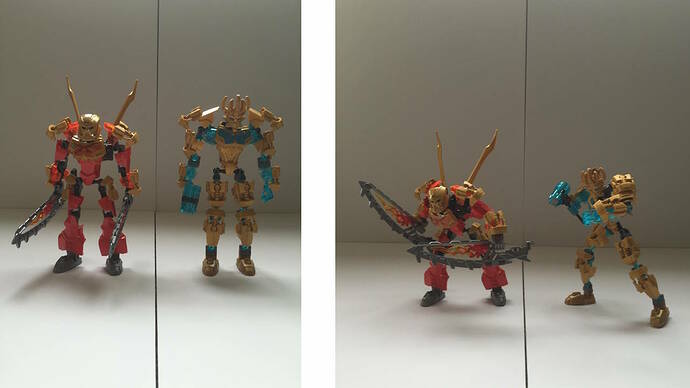 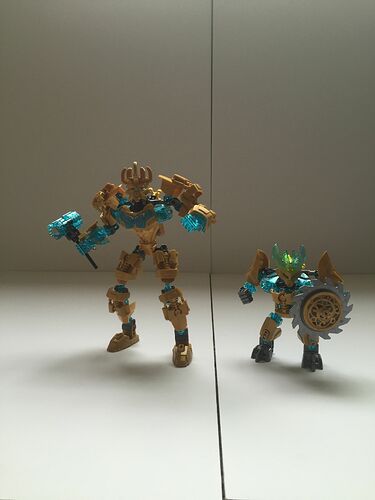 I kept Mata Nui’s build slightly similar to his original build. I had to change a few things so it would be easier to build the mech suit. I spent a few hours building it, but I got bored and will probably work on it when i get more pieces from ebay or something. It’s still a WIP and I would appreciate some input/advice as I am stumped on how to build his feet. 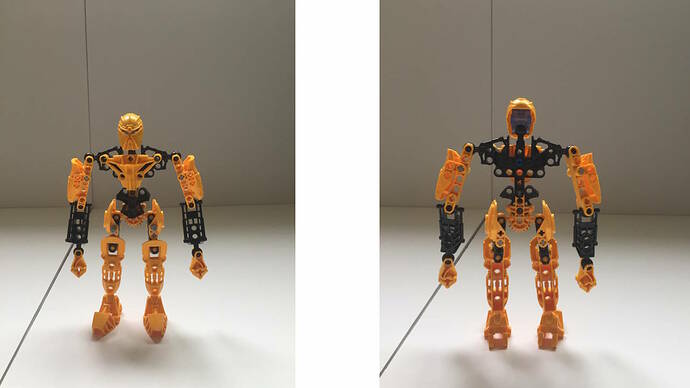 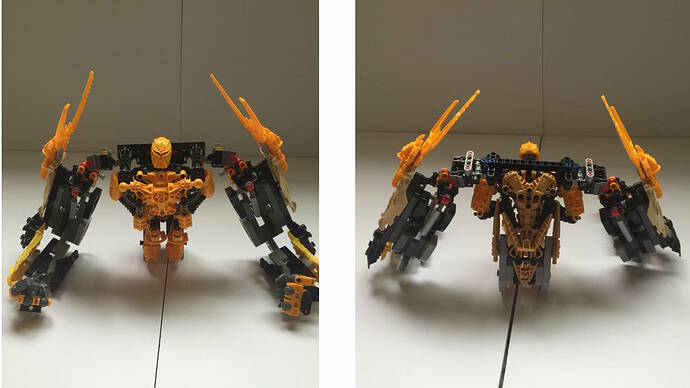 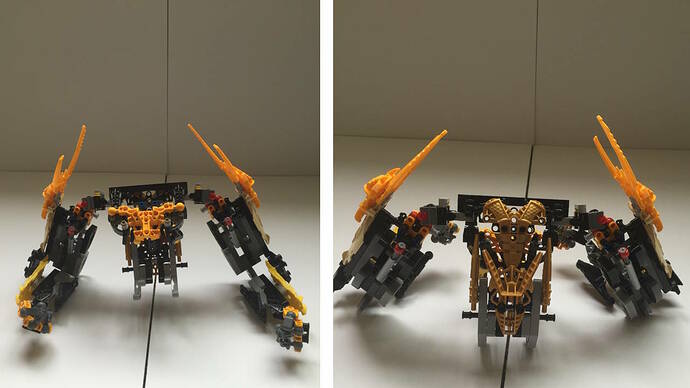 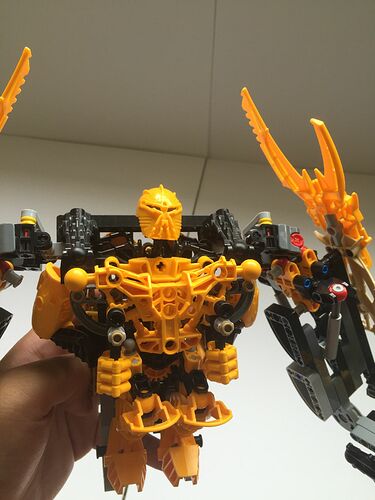 This is really good! I would take the friction adders off of Ekimu’s legs, but that’s just me. That mech suit is b0ss!

Yeah I was thinking about taking them off cause they kind of conflict with the color scheme.

that mech needs a star saber style helmet.
in other words, assuming you have the gold ignika, have that cover his small head.

Yeah, I’m probably going to cover it up. I’m actually trying to find the gold ignika on ebay.

Yeah I was thinking about taking them off cause they kind of conflict with the color scheme.

The color scheme is fine. I just think it makes the legs too long and puts gaps in the armor coverage

Looks great so far, and i recommend making the feet giant mata feet made from technic.

have the gold ignika cover his head.

That is the best idea ever.

Ekimu is pretty bad because of his really long legs that have very exposed backs and don’t look good. Plus he’s just a tahu knock-off. However, the mata-nui mech is incredibly awesome.

Yeah lol, That’s what I thought when I first built Ekimu. Though I still thought he was worthy of sharing. I already disassembled him when I made this topic. Hopefully some day I’ll revamp my Ekimu moc with a completely new build. And Thanks, the Mata Nui mech was a request. Hopefully one I will finish. lol.

OH MAN I LOVE THAT EXO-SUIT!

@Kris_Mayo, will you be updating this topic as you update MN’s suit?

Yeah, I don’t know when it will be finished, but I’ll definitely be making updates to the mech and maybe Ekimu. I always have a hard time with system so it’ll take a while.

Well, I think Ekimu’s hammer could stand to be a bit bigger, but obviously that’s easier said than done. And as for Mata Nui’s Exo-suit, just keep it as-is! He can use his actual legs to get around, or maybe have is Exo-arms walk like some kind of oversized gorilla!

that might be my favorite ekimu revamp so far. good job! the exo suit looks like it has some great potential as well.